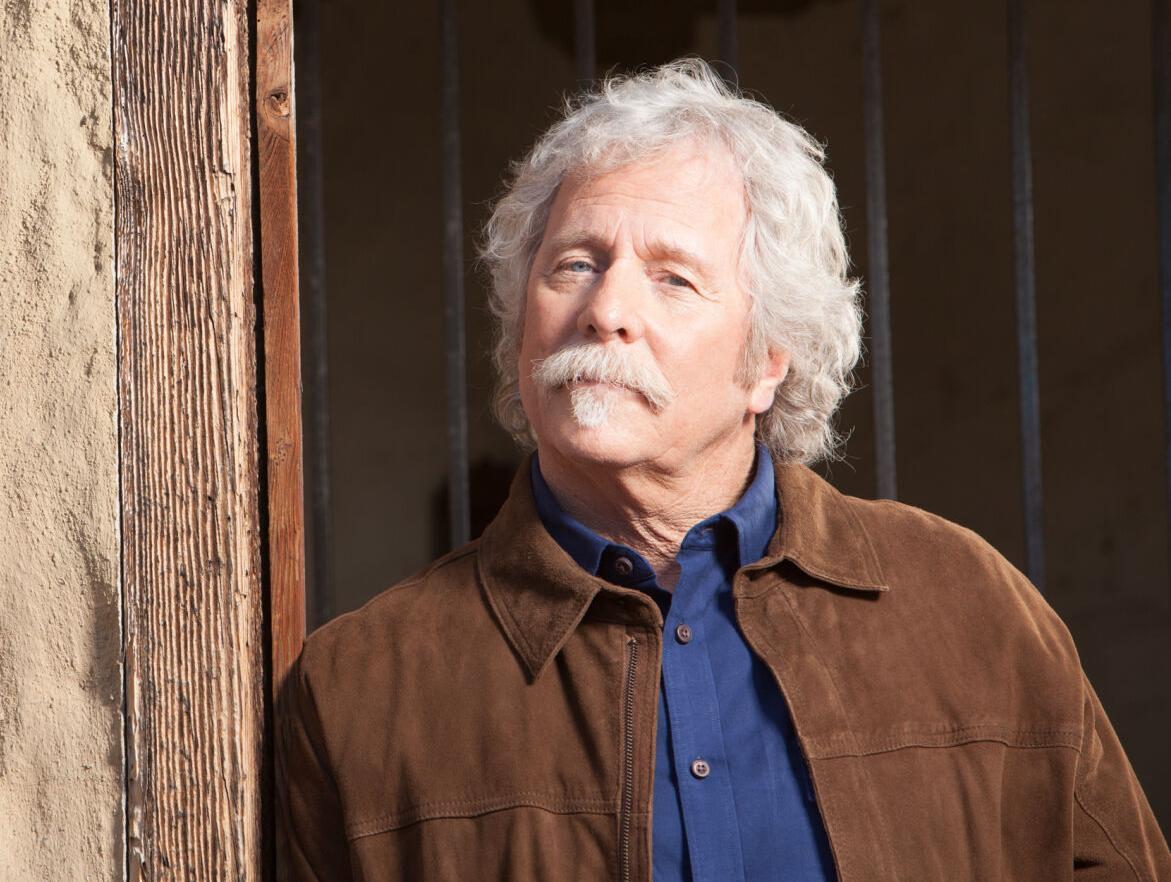 'I’ve been blessed through the decades. Every time something would end, something else would start,' says veteran artist Chris Hillman. He'll perform his retrospective concert at the Manship Theatre on Tuesday. 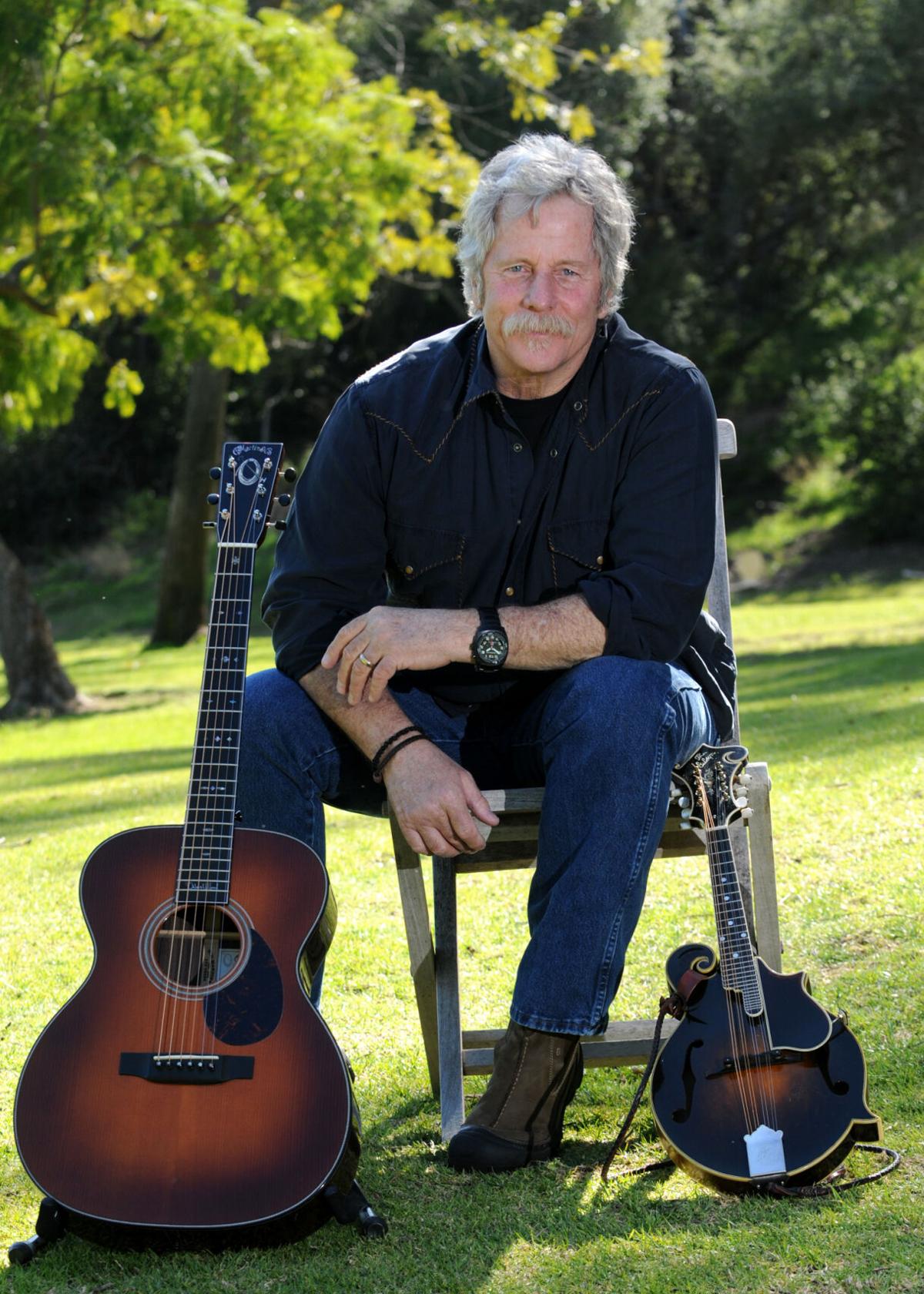 Country-rock pioneer Chris Hillman is an original member of the Byrds, Flying Burrito Brothers and Desert Rose Band. He'll appear at the Manship on Tuesday for 'Chris Hillman: An Evening of Stories and Songs featuring Herb Pederson and John Jorgenson.' 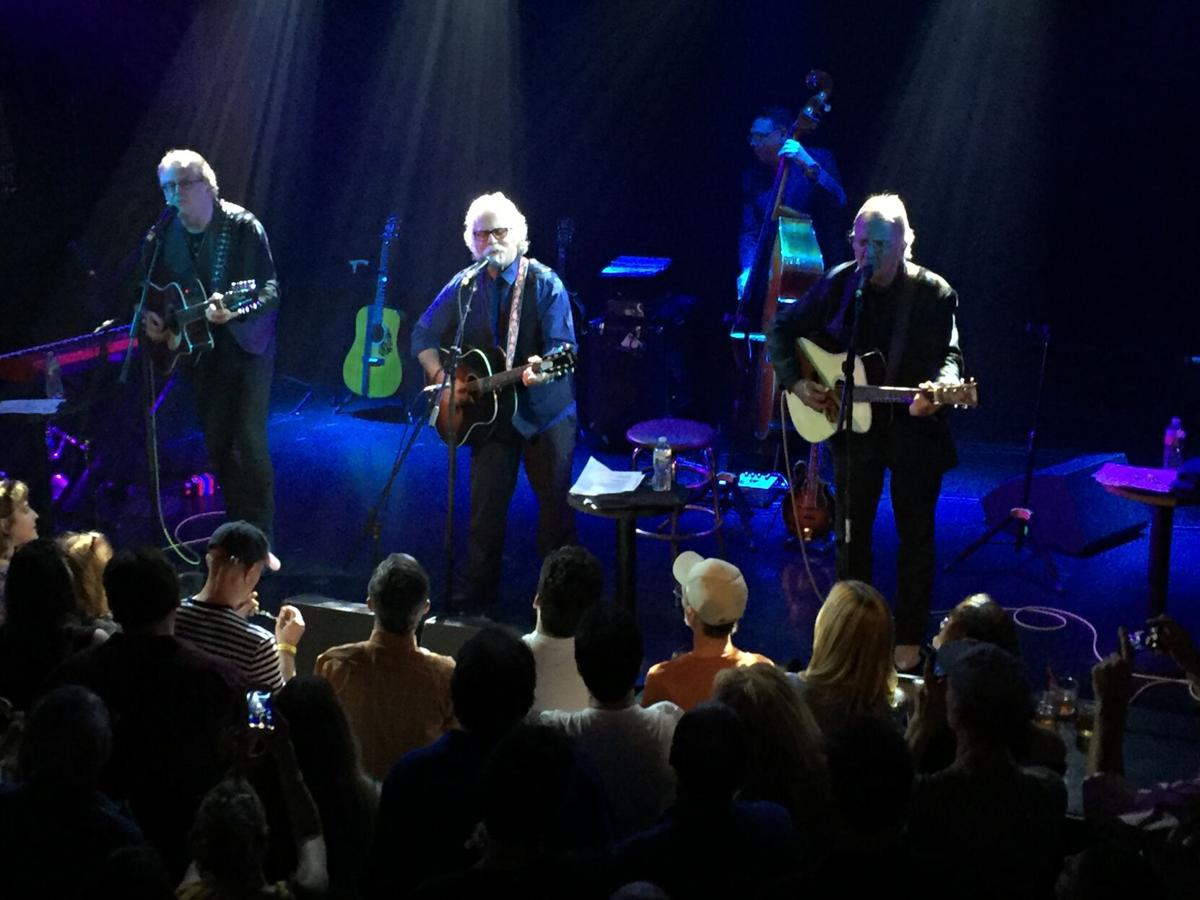 'I’ve been blessed through the decades. Every time something would end, something else would start,' says veteran artist Chris Hillman. He'll perform his retrospective concert at the Manship Theatre on Tuesday.

Country-rock pioneer Chris Hillman is an original member of the Byrds, Flying Burrito Brothers and Desert Rose Band. He'll appear at the Manship on Tuesday for 'Chris Hillman: An Evening of Stories and Songs featuring Herb Pederson and John Jorgenson.'

In Chris Hillman’s high-flying career, he's had a mid-’60s flight with the Byrds, and a brief but brilliant pairing with Gram Parsons in the Flying Burrito Brothers.

Add to that his memberships in Stephen Stills’ Manassas, the Souther-Hillman-Furay Band, McGuinn-Clark-Hillman and the Desert Rose Band.

Always a working musician, Hillman continues to tour as a frontman. Tuesday at the Manship Theatre, he’ll perform with two of his former Desert Rose Band bandmates, multi-instrumentalists Herb Pedersen and John Jorgenson. Hillman will open the retrospective concert with an excerpt from his autobiography, “Time Between: My Life as a Byrd, Burrito Brother, and Beyond.” Paperback and audio editions of his book were published on Oct. 19.

“I’ve been blessed through the decades,” Hillman said from his home in Ventura County, California. “Every time something would end, something else would start. Manassas called it quits when Stephen got pressured to go back to Crosby, Stills, & Nash. The next day I get a call. ‘Do you want to work with Richie Furay and J.D. Souther?’ That quick. And I didn’t go for the rock-star thing. I was a musician.”

Hillman’s musicianship and songwriting are showcased beautifully in his 2017 album, “Bidin’ My Time.” Produced by the late Tom Petty, the project’s country, bluegrass, folk and rock selections echo his career’s arch. The album’s supporting players include Hillman’s Byrds bandmates Roger McGuinn and David Crosby as well as Petty and his band, the Heartbreakers.

Having Petty in the producer’s chair was an honor and a pleasure, Hillman said.

“Tom says ‘just sing with the band,’ ” he recalled. “I loved it. It’s so different when you’re singing while the musicians are playing. We were all interacting, as opposed to me coming in later and doing my vocals with headphones on, which most of us have done all of our lives.”

“Bidin’ My Time” includes Hillman’s country take on Petty’s “Wildflowers”; “Here She Comes Again,” a jangling Hillman-McGuinn co-write that recalls the early Byrds; and “She Don’t Care About Time,” a gorgeous selection composed by Gene Clark, the late singer-songwriter who left the Byrds at their popularity’s peak.

Clark greatly influenced Hillman’s songwriting, especially the classic “Have You Seen Her Face,” one of five Hillman songs on the Byrds’ fourth album, 1967’s “Younger Than Yesterday.”

A late-blooming composer, Hillman wrote a burst of songs — including the hit “So You Want to Be a Rock ’n’ Roll Star” — after he and Crosby participated in a demo recording session that trumpeter Hugh Masekela produced for his South African countrywoman Letta Mbulu.

Despite the inspiration the Masekela-Mbulu sessions gave him and the influence of Clark, Crosby and McGuinn, Hillman’s early songwriting harkened to his pre-Byrds country and bluegrass years. But noting the band’s remake of Porter Wagoner’s “A Satisfied Mind” on the 1965 album “Turn! Turn! Turn!”, Hillman said country music was never a stretch for the Byrds.

Two of Hillman’s “Younger Than Yesterday” songs — “Time Between” and “The Girl with No Name”— were major contributions to the Byrds’ entry into country music. Those pioneering recordings were followed by the Byrds’ landmark 1968 album with Parsons, “Sweetheart of the Rodeo,” and Hillman’s and Parsons’ Flying Burrito Brothers recordings.

Hillman’s affinity for country and bluegrass music are abundantly present in “Bidin’ My Time.” And the album’s combination of Hillman, Crosby and McGuinn with the sympatico Petty and the Heartbreakers may make it the closest possible semblance to a Byrds reunion.

If anyone, Hillman said, could have instigated an official Byrds studio project, it was Petty.

“Because he knew us all and he knew how we thought,” Hillman said. “He loved the Byrds and acknowledged us from day one as inspiring the Heartbreakers. He took that sound 10 rungs up the ladder.”

Following Petty’s death in October 2017, just a few months after the release of “Bidin’ My Time,” Hillman considered canceling a promotional tour for the album.

“And then Roger (McGuinn) calls and says, ‘The last thing Tom would want you to do is cancel those shows. Go play in his honor and celebrate his life through your shows.’ That was great advice, and I didn’t cancel the shows."

'He makes the guitar talk and cry': Little Freddie King's thankful to be back on stage