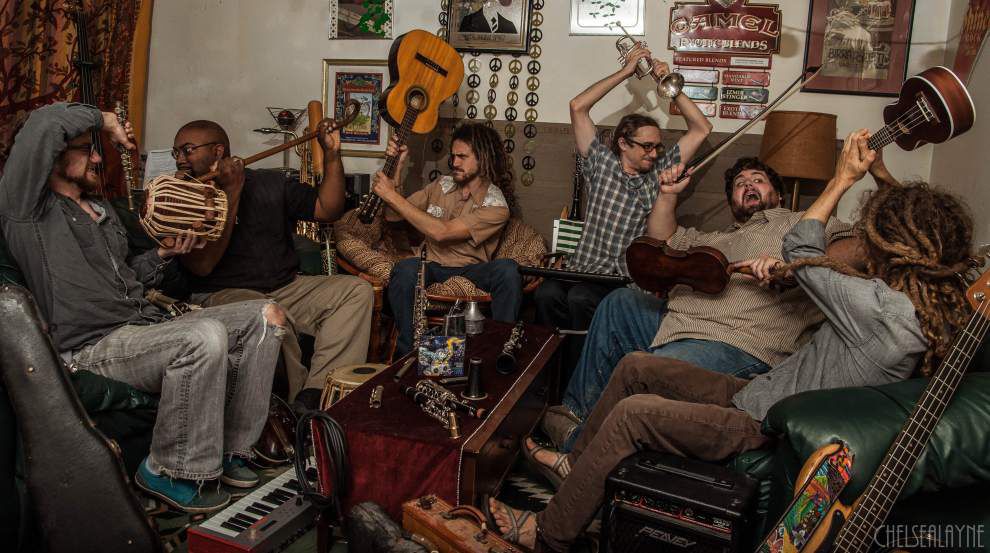 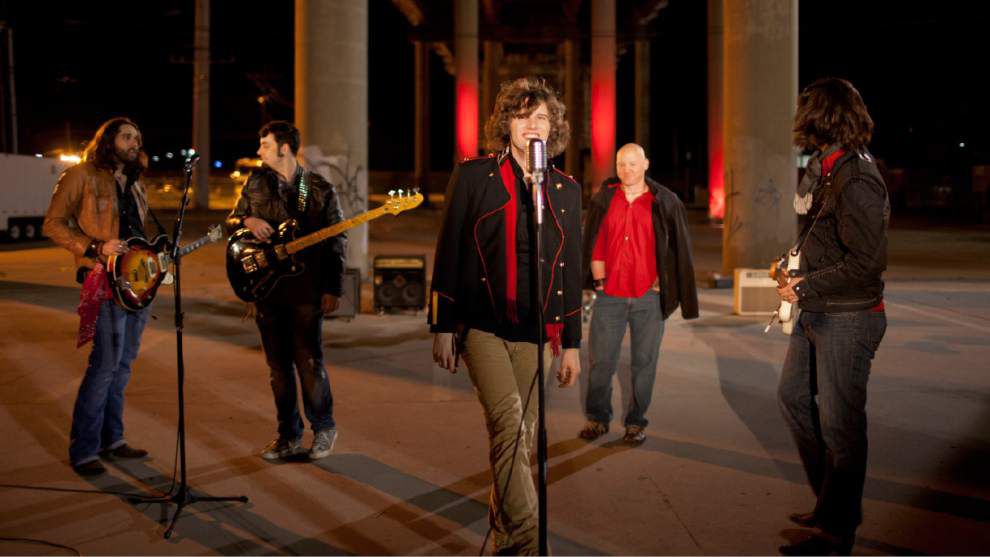 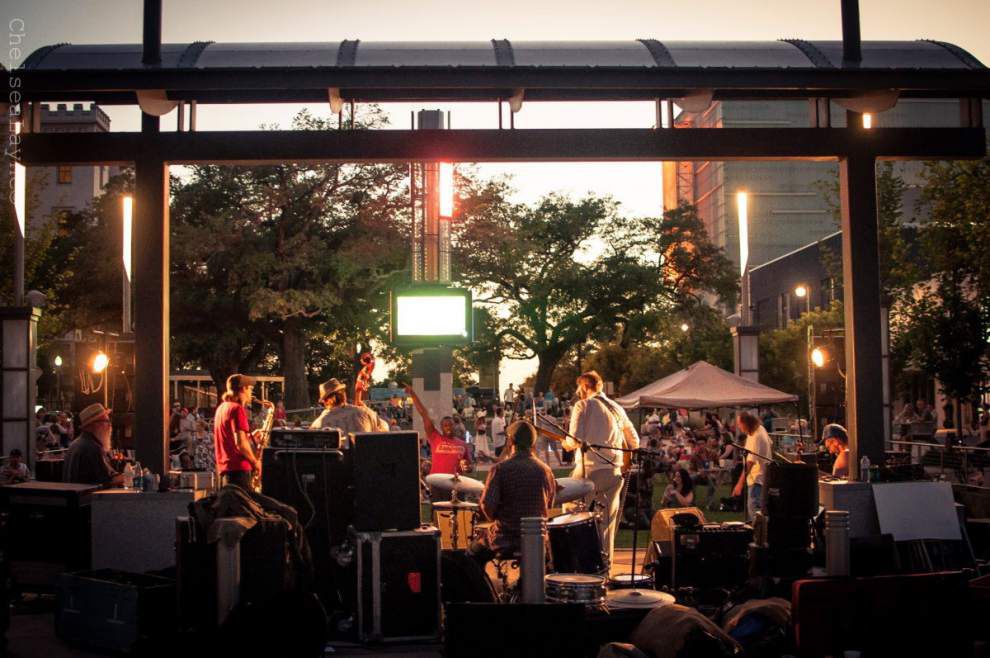 Photo by CHELSEA LAYNE -- As night falls, Denton Hatcher entertains the crowd at the 2013 Radiopalooza. 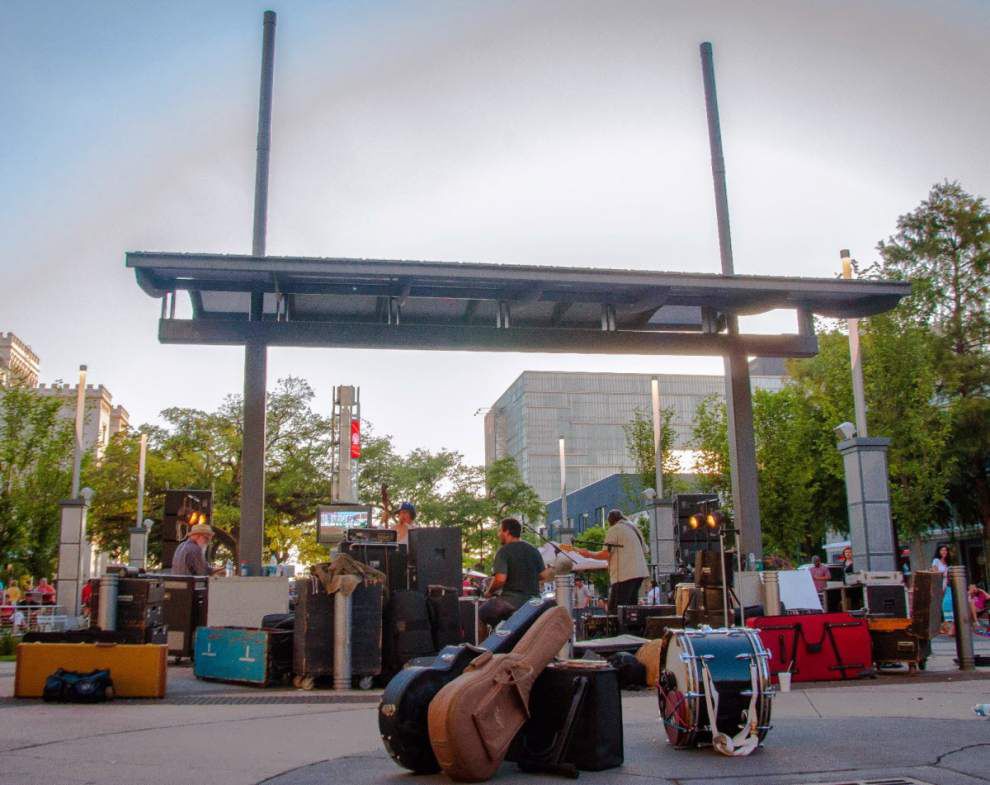 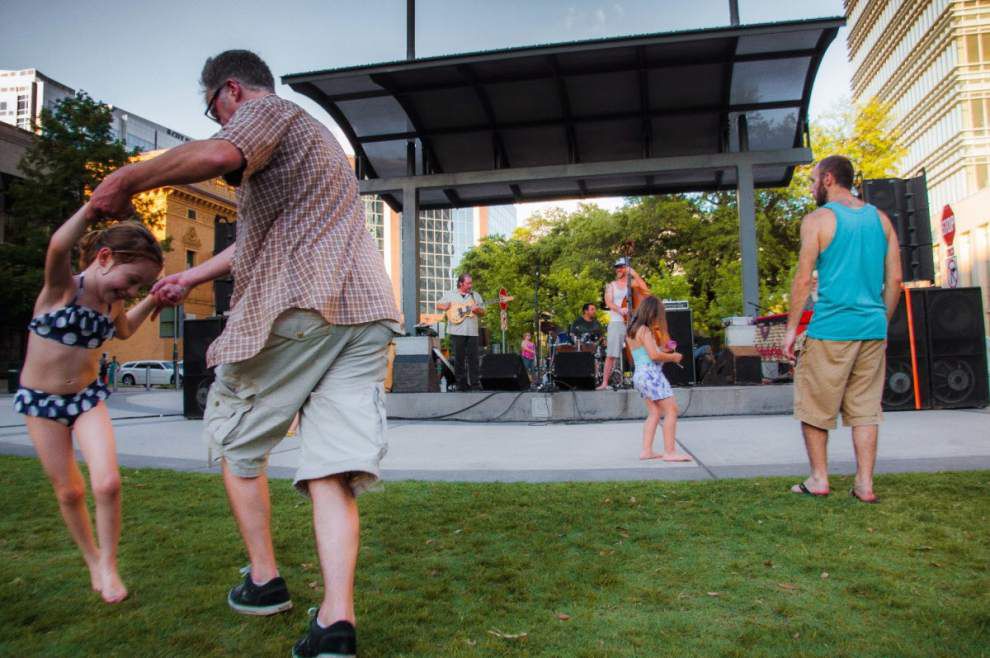 Photo by CHELSEA LAYNE -- Visitors get moving as they listen to a band at last year's Radiopalooza.

Photo by CHELSEA LAYNE -- As night falls, Denton Hatcher entertains the crowd at the 2013 Radiopalooza.

Photo by CHELSEA LAYNE -- Visitors get moving as they listen to a band at last year's Radiopalooza.

WHYR, a low-power FM station that also broadcasts on the Web, aims to provide a broadcast alternative to mainstream radio and media. The station’s programming includes local volunteer radio DJs; local talk radio; and local, regional, national and international music. Operated by the Baton Rouge Progressive Network, the nonprofit, commercial-free WHYR is also an affiliate of the Pacifica Network.

WHYR charged admission for its first two Radiopaloozas, which took place at Beauvoir Park, a business and recreational space behind Chelsea’s Café. The move to North Boulevard Town Square made charging admission impossible, so the station sought other ways to raise funds.

“It became more about finding sponsors and merchandise and beer sales,” Marchiafava said. “But there was the added benefit that it was downtown and much more visible. We got pretty good coverage, so people learned about the station through that.”

The station has about 60 volunteers, including its on-air personalities, Marchiafava said.

“We’re building the number of volunteers,” she said. “It’s turned into a vibrant community. We’re finally at that point where we can not only keep the lights on month to month but also try to increase our funding and make the station more sustainable.”

“It doesn’t have to be a local music show once a week,” Achee said. “Listeners can hear local music all the time because it’s in our regular rotation.”

Achee was pleasantly surprised to learn how much good local music exists in the Baton Rouge area.

“I keep thinking I’m going to run out of local music and repeat things too much, but the local musicians keep making new stuff and new bands keep forming. And they’re avid listeners and great about sending me their stuff.”

Even if Radiopalooza grows to the point that it can afford to book a national headlining act, Achee wants to keep the event’s local focus strong.

“Even with a national act scenario, I’d still like to see 90 percent of the bands be local,” he said. “The wealth of local talent that we have now is unlike anything I’ve ever seen. We’d be fools not to take advantage of such awesome bands.”