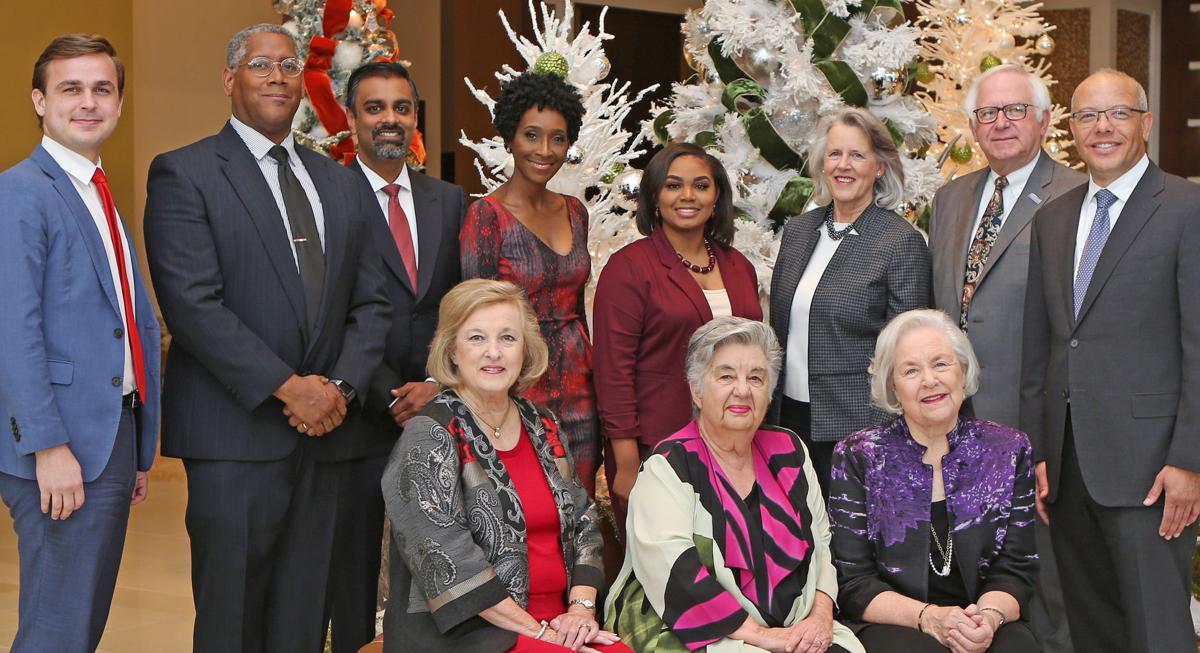 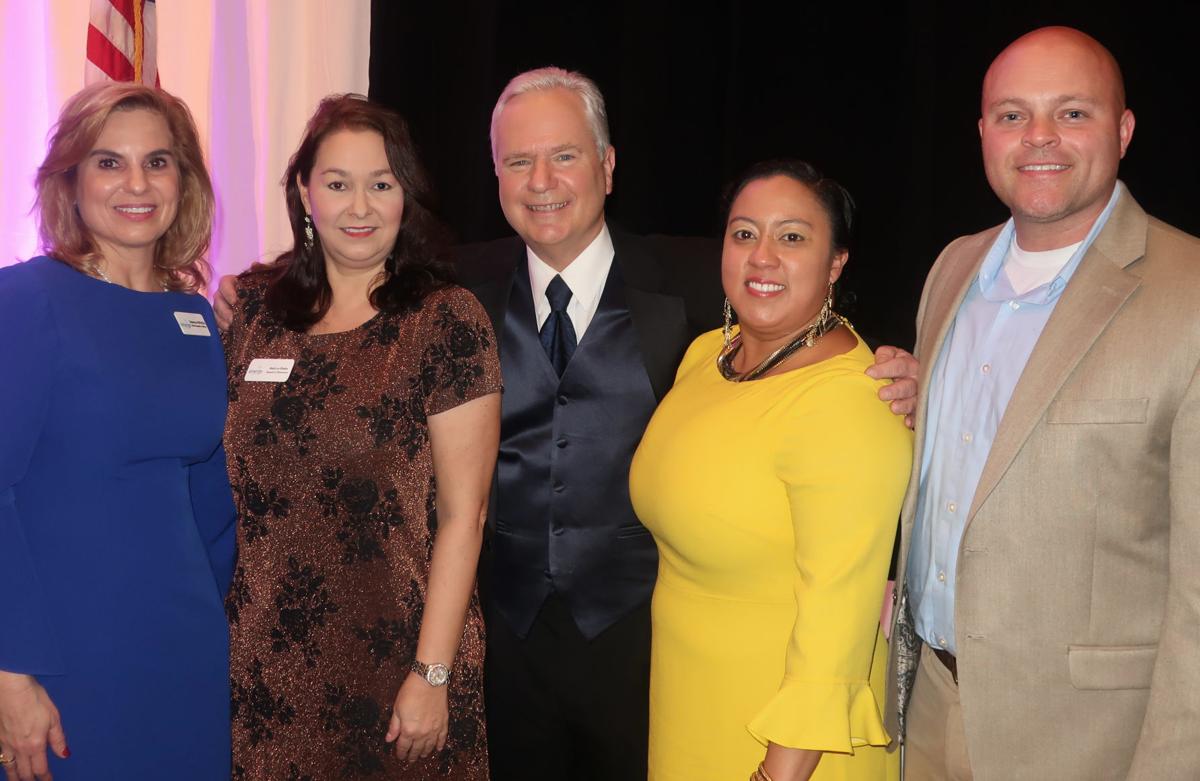 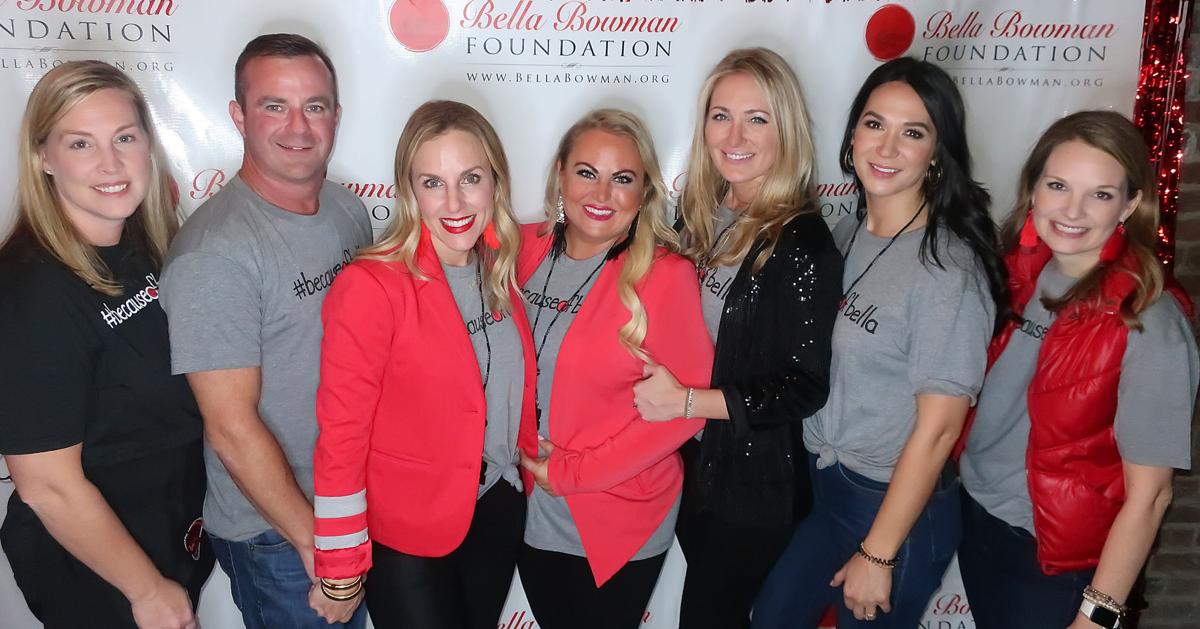 Waiting on a Cure -- Serving on the committee for the Bella Bowman Foundation's Waiting on a Cure celebrity waiter event are, from left, Leah Barbato, Trey and Kim Bowman, Chairwoman Katie Baron, Michelle Lanoix, Liz McCollister and Ann Michael Legard. 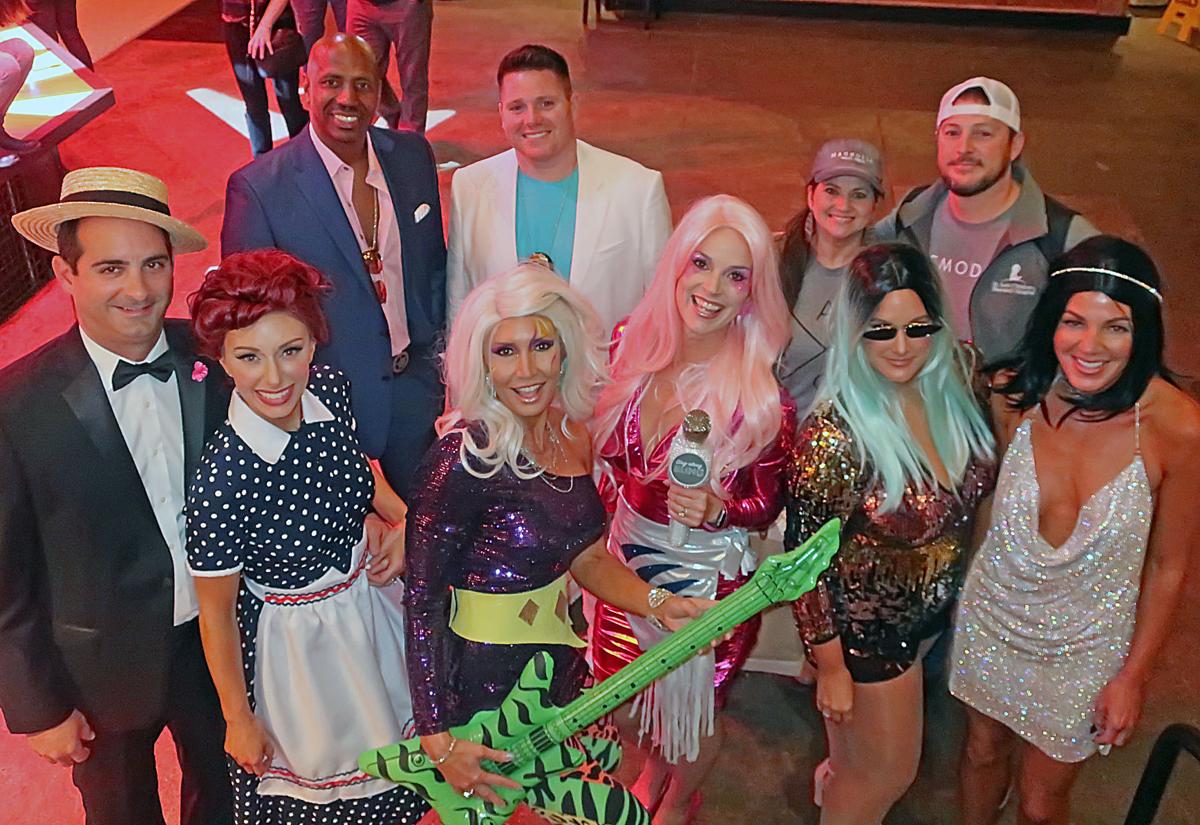 Waiting on a Cure -- In costume and ready to take orders at the Bella Bowman Foundation's Waiting on a Cure event are celebrity waiters, front from left, Edwin and Holly Edwards, Melissa Ferachi, Libby Lindsey, Claire Dugas and Remi Jenkins; and, back, Warren Connerly, David Mahler and Angela and Joey Porrier. 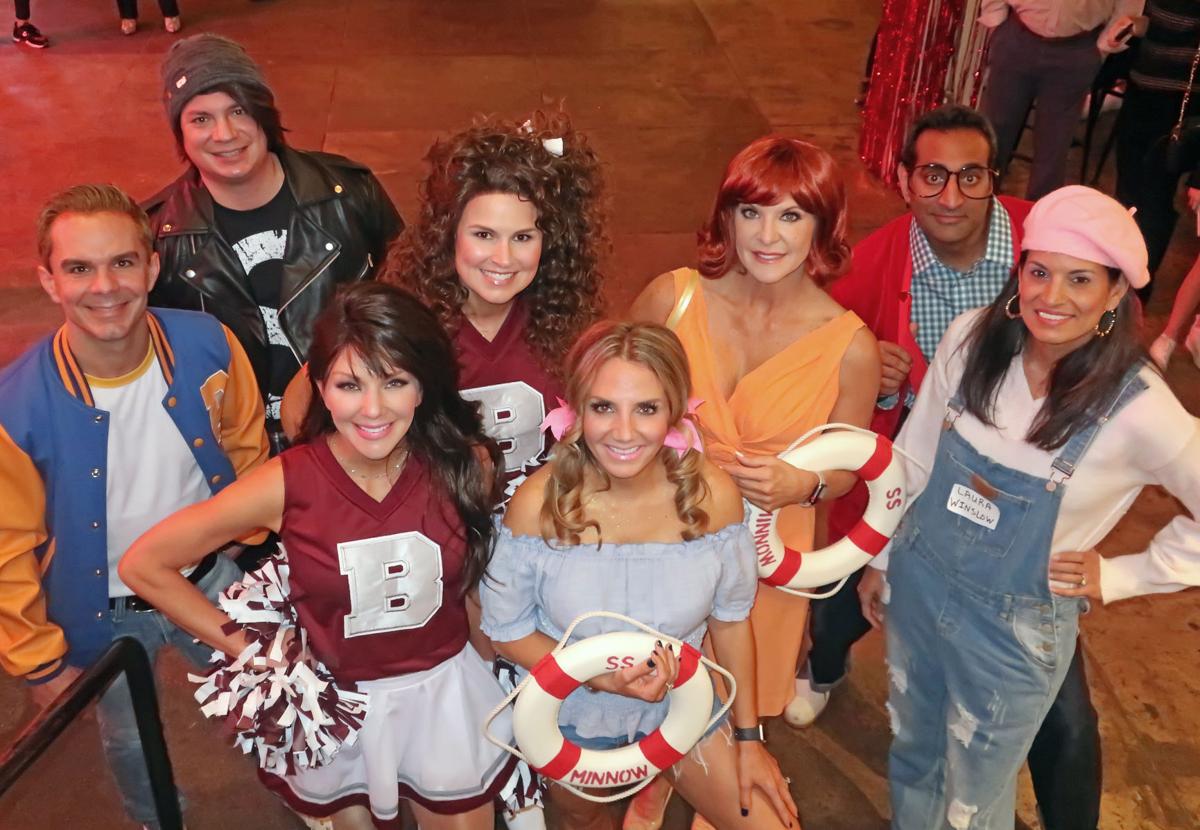 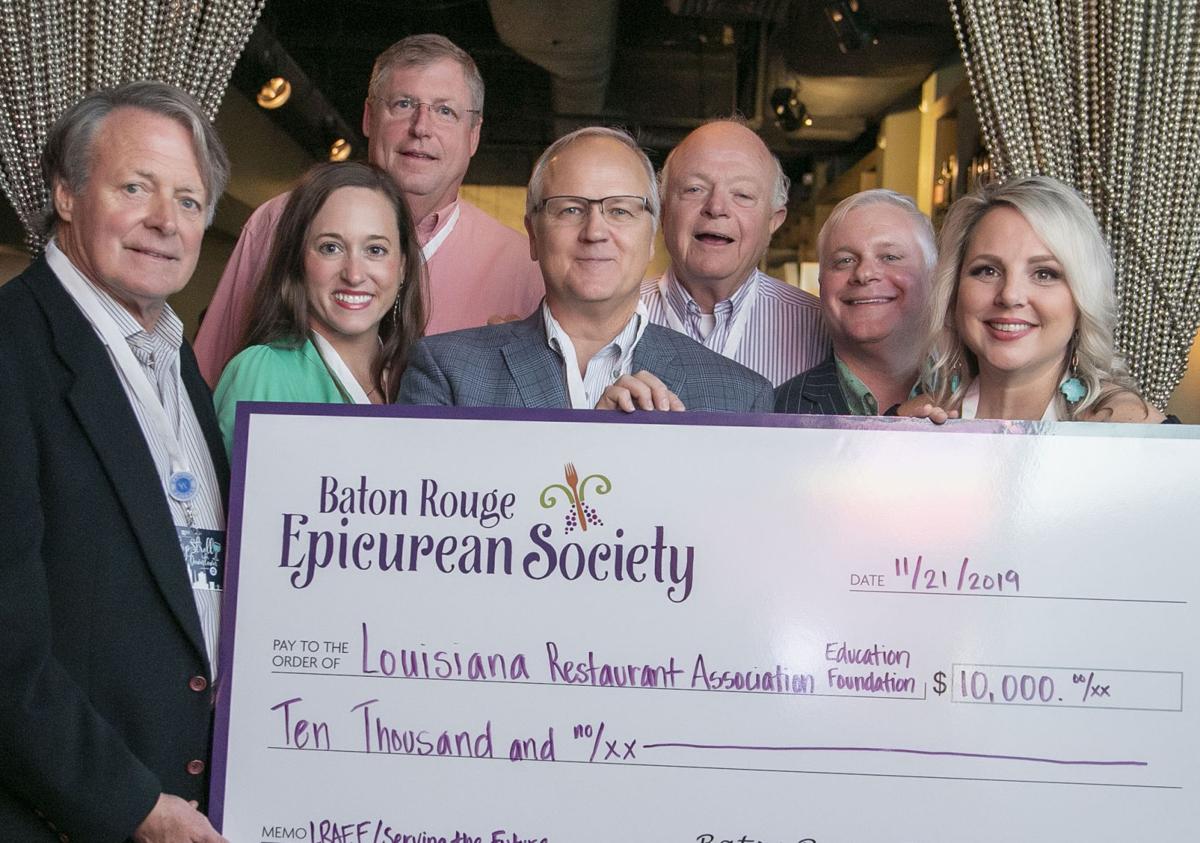 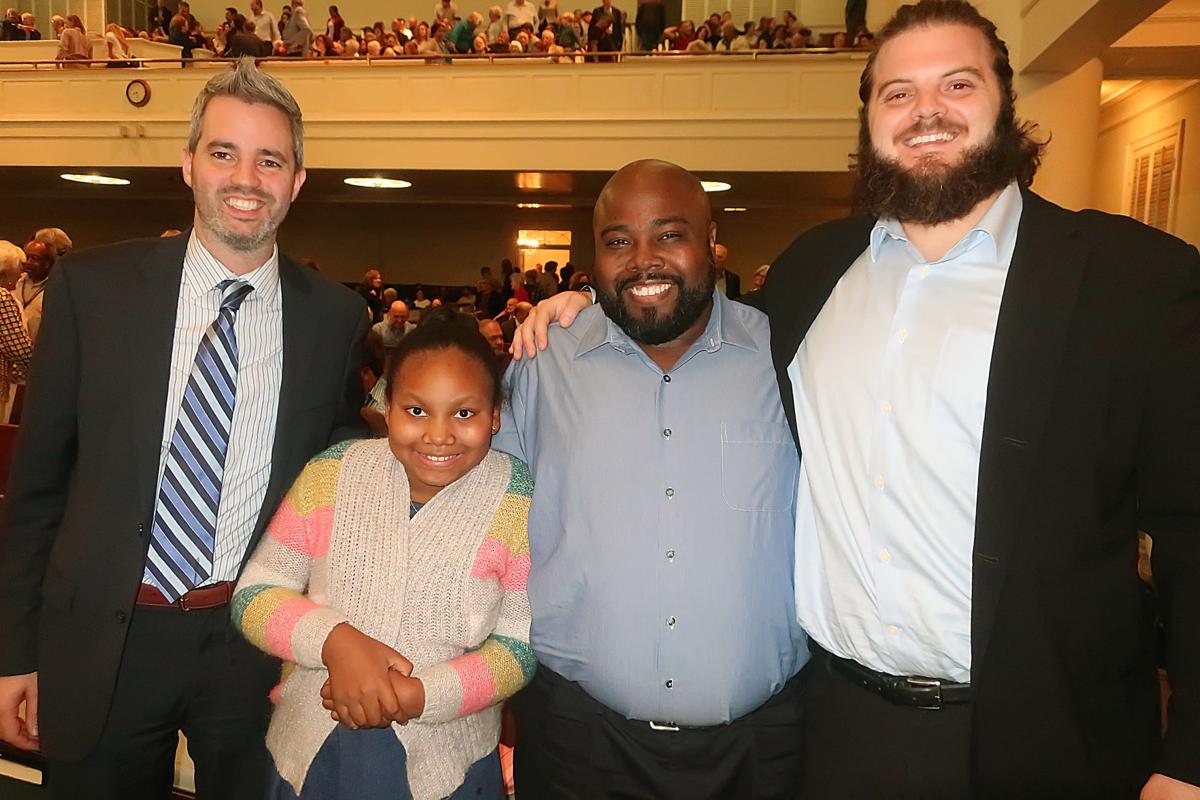 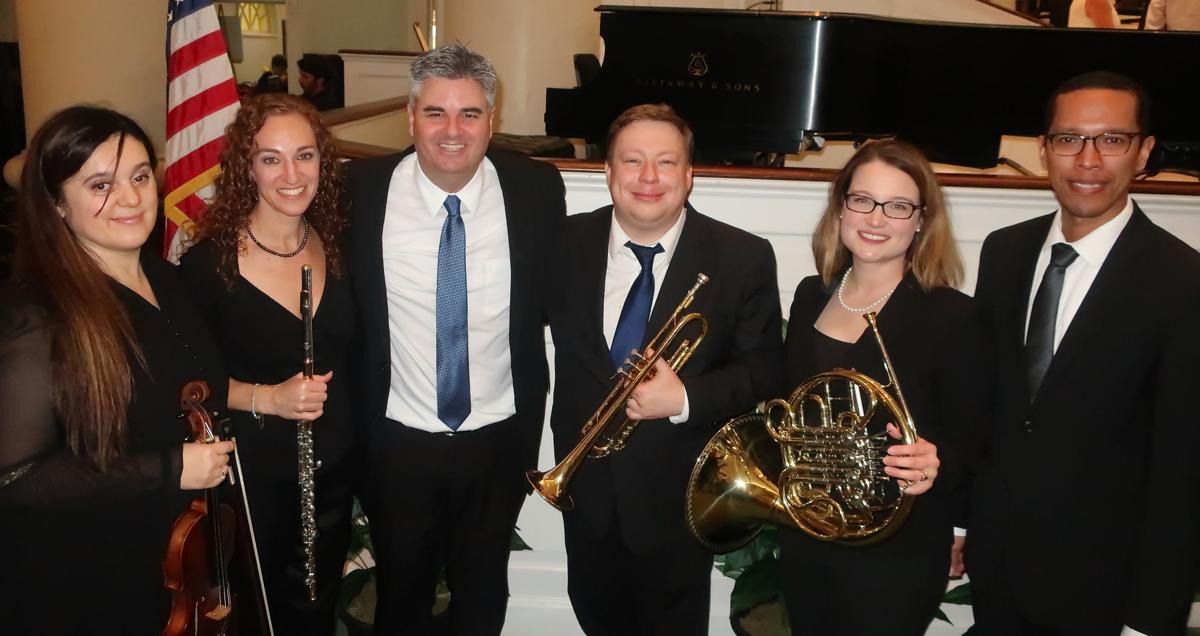 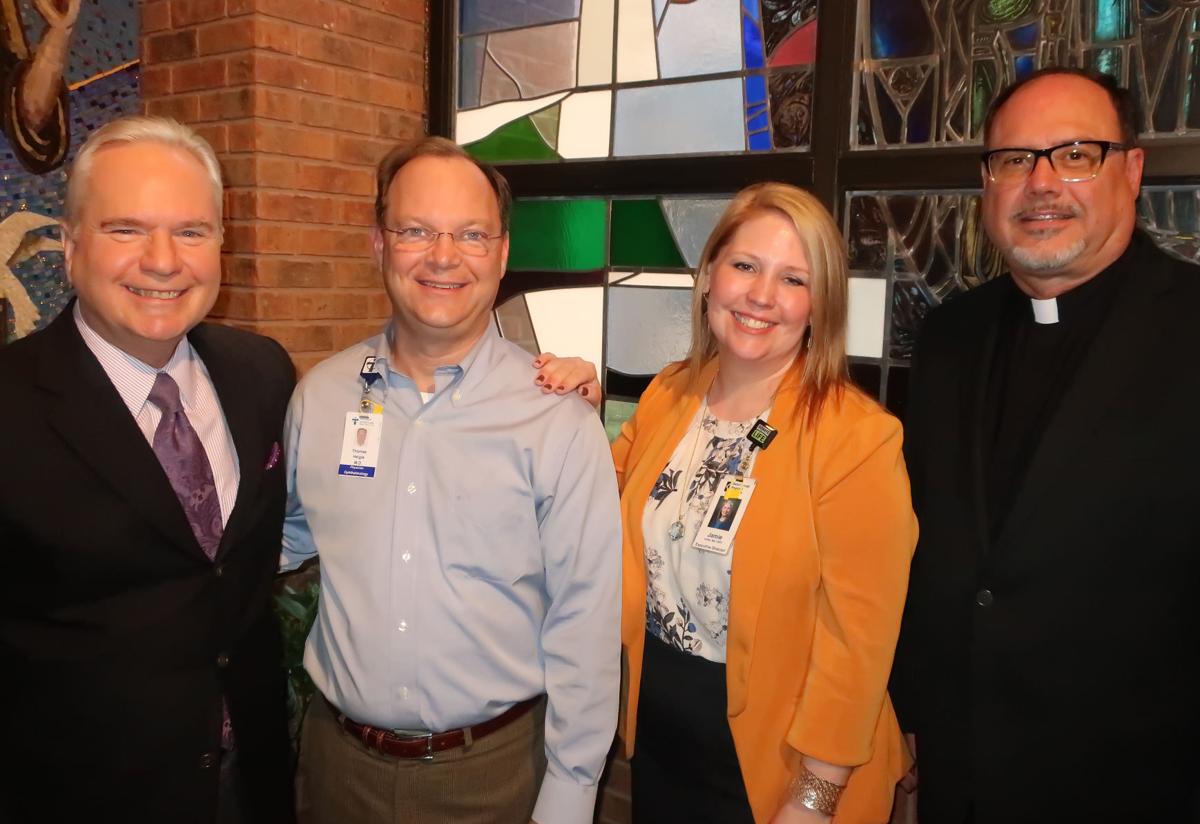 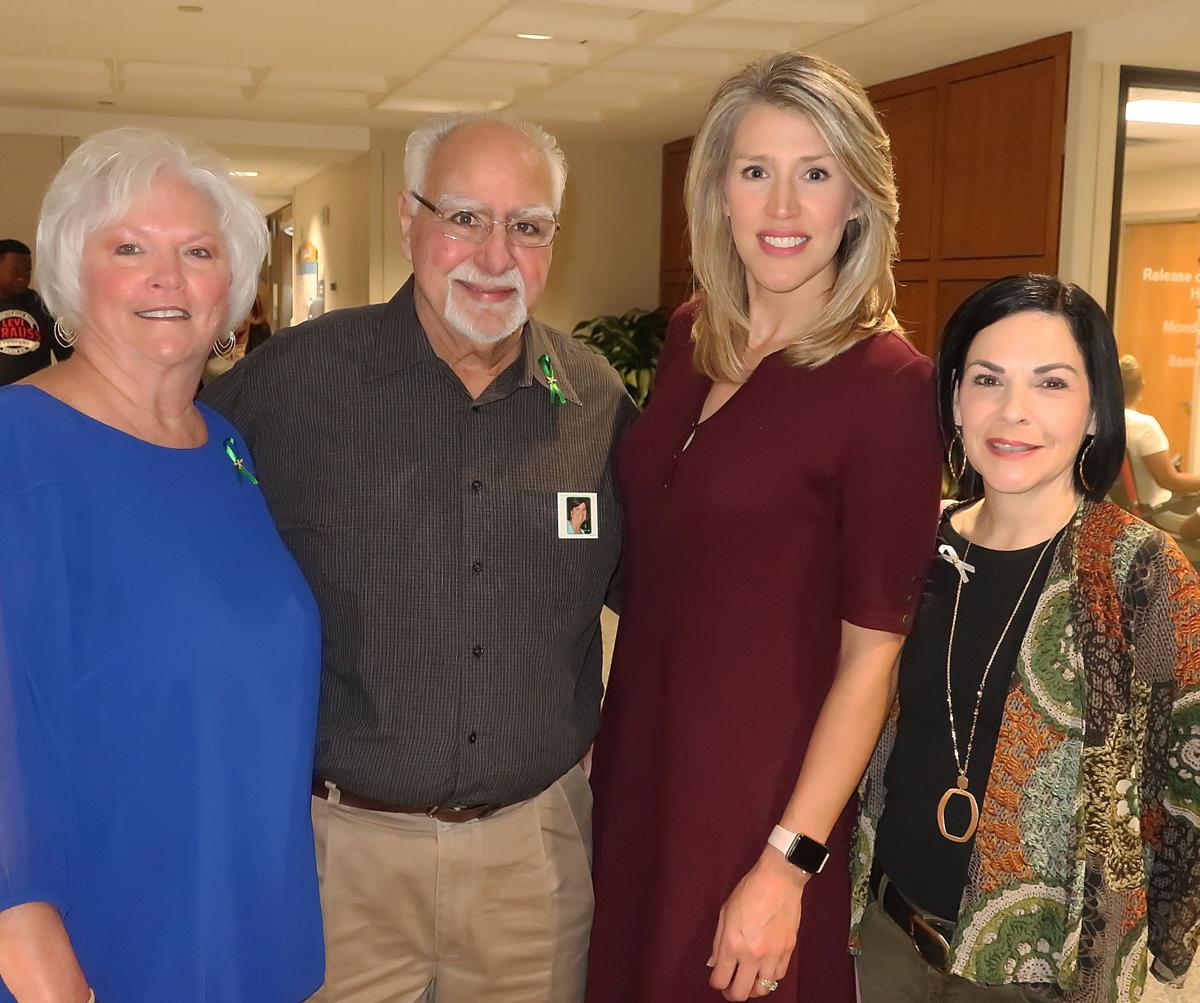 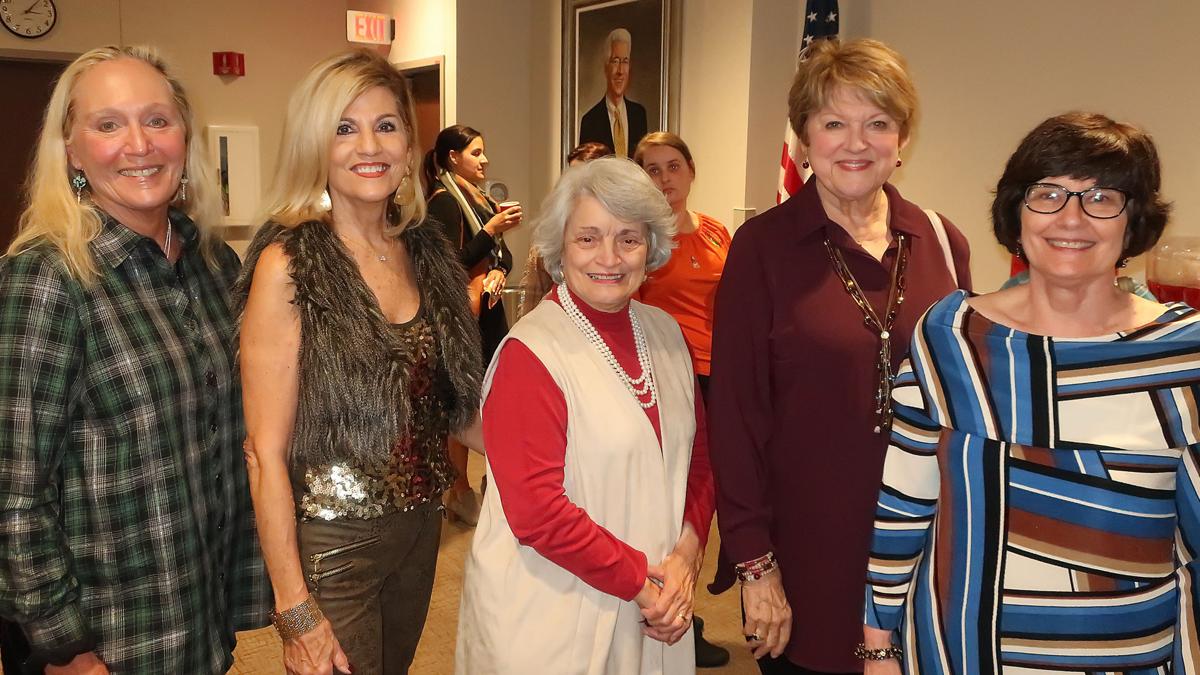 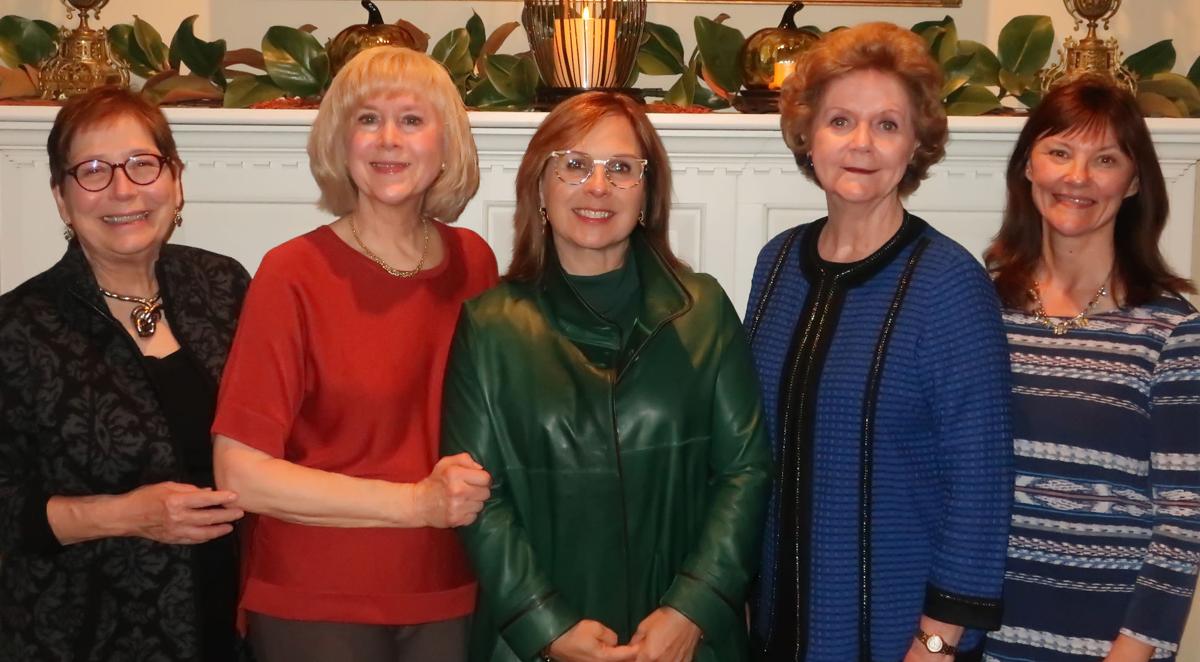 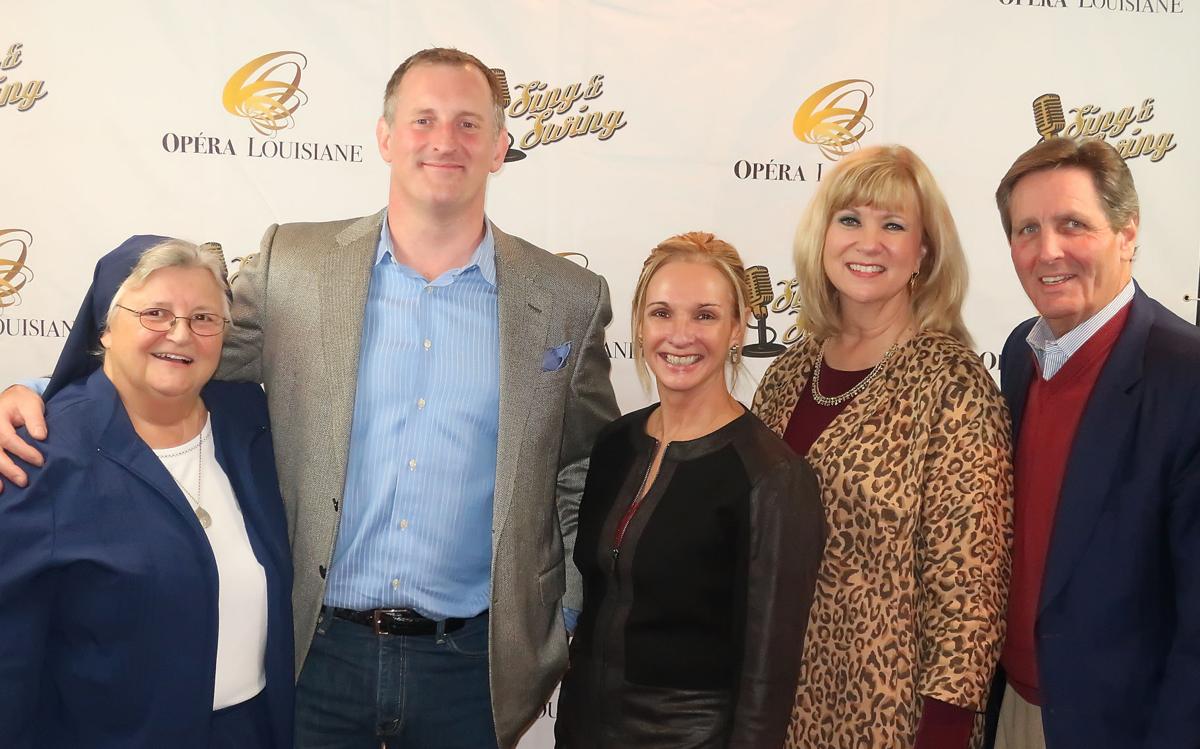 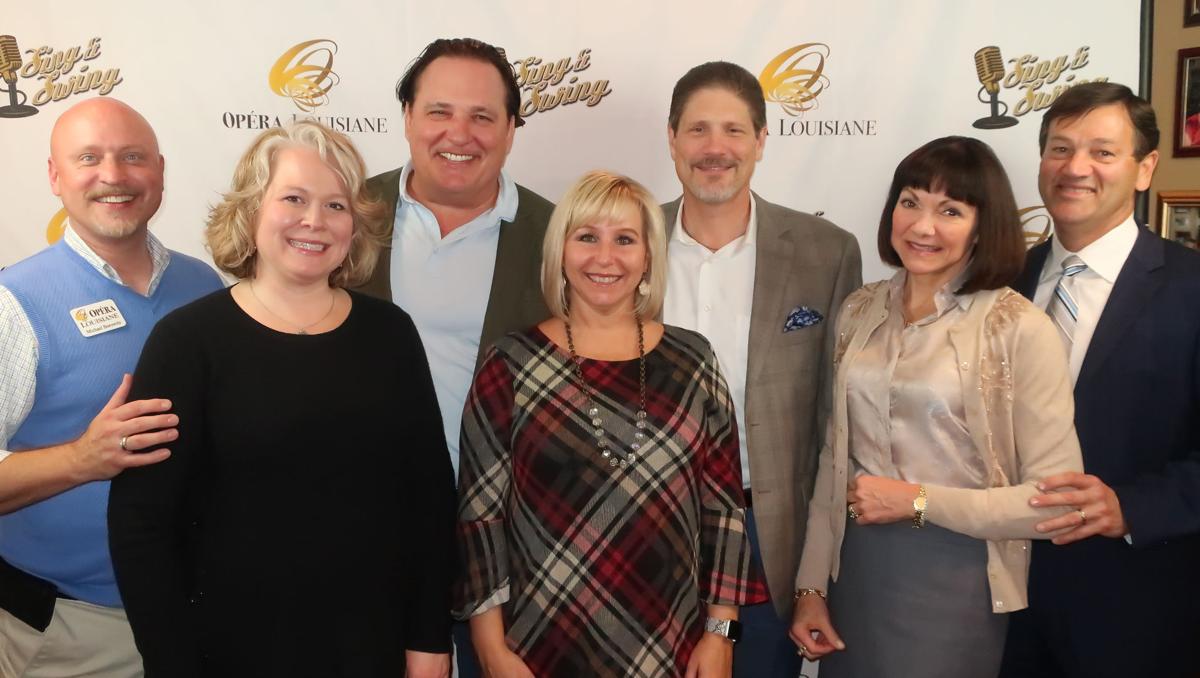 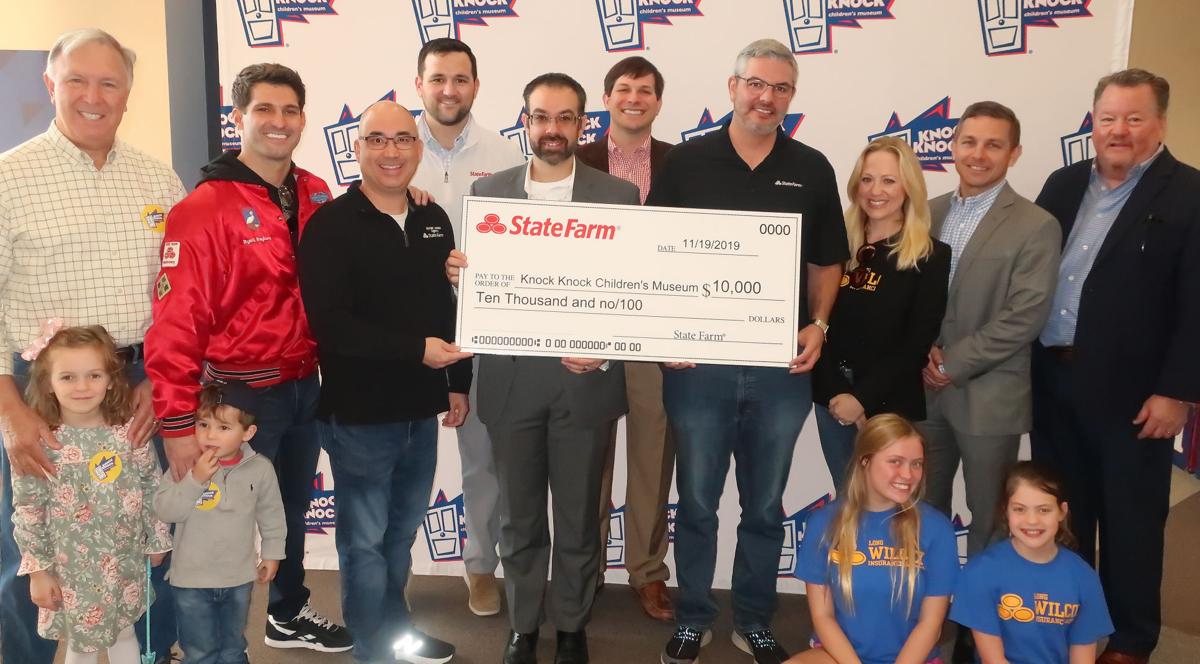 Waiting on a Cure -- Serving on the committee for the Bella Bowman Foundation's Waiting on a Cure celebrity waiter event are, from left, Leah Barbato, Trey and Kim Bowman, Chairwoman Katie Baron, Michelle Lanoix, Liz McCollister and Ann Michael Legard.

Waiting on a Cure -- In costume and ready to take orders at the Bella Bowman Foundation's Waiting on a Cure event are celebrity waiters, front from left, Edwin and Holly Edwards, Melissa Ferachi, Libby Lindsey, Claire Dugas and Remi Jenkins; and, back, Warren Connerly, David Mahler and Angela and Joey Porrier.

Since 1971, the Emerge Center has recognized Baton Rouge Area Volunteer Activists, and did so once again on Nov. 22 with a luncheon at the Renaissance.

The people honored give of their time and talents to organizations across the community.

East Ascension High School junior Skye Taylor was honored as this year’s Emerging Activist for her work with the disaster cycle services of the American Red Cross as well as its Pillowcase Project and Sound the Alarm initiative.

WBRZ's John Pastorek emceed the event, where guests also heard the powerful testimony of Jossie Carter, whose son Adan is a client at Emerge.

“We were a hot mess when we arrived,” she confessed. “But the Emerge Center helped Adan find his voice … They see the potential in every child.”

Waiting for a Cure

On Nov. 21, the downtown area was the place to be. At Red Stick Social, the Bella Bowman Foundation was holding its annual Waiting on a Cure celebrity waiter event.

And oh what fun this year’s celebs had costuming for the event. Among them were Claire Dugas and Remy Jenkins, who bowled us over with their Kardashian impersonation; Dr. Rubin Patel was a hoot as Steve Urkel; and photographer/fireman Warren Connerly was looking smooth as Ricardo Tubbs from "Miami Vice." He and partner David “Crockett” Mahler hauled in the most money for the night, leading the way as the celebs raised more than $117,000 for the Bella Bowman Foundation.

Also on Nov. 21, the Louisiana Restaurant Association Baton Rouge Chapter’s Sip & Stroll got underway with a VIP party at Tsunami. The highlight was the presentation of a $10,000 check from the Baton Rouge Epicurean Society for the LRA’s scholarship fund. From there, the gang second-lined down the street to the night’s first stop, The Trademark on Third, where there was live music, an auction and lots of delicious food and wine. The final stop was The Loft at Cecelia, where craft cocktails, more gastronomic delights and desserts were on the menu.

Finally on the 21st, I headed over to First Baptist Church on Convention Street where the Baton Rouge Symphony saluted “Music of the Final Frontier.” The acoustics of the sanctuary are fabulous and made the orchestra, under the baton of associate conductor David Torns, sound amazing.

The program opened with Chad Metz, winner of a “conduct the symphony” contest sponsored by Guaranty Broadcasting, leading the orchestra in the “Star Spangled Banner.” Then it was time to reach for the heavens with Strauss’ “Fanfare from Also Sprach Zarathustra,” aka “2001 A Space Odyssey.” The first half of the program also included “Selections from Apollo 13” and “Star Trek into Darkness.”

In the second part, the orchestra opened with “Adventures on Earth from E.T. — the Extra-Terrestrial,” and then it was time for the grand finale, John Williams’ “Star Wars Suite.” Master of ceremonies T-Bob Hebert came out in Jedi robes to tell us a little bit about the composition to the delight of the audience and orchestra alike.

We are so blessed to have such a talented and nationally well-respected symphony in our city. If you’ve never experienced it, there are three chances between now and the end of the year. “Home for the Holidays” is Dec. 8 at Istrouma Baptist Church, followed by Holiday Brass on Dec. 19 at St. Joseph Cathedral and “A Houmas Holiday” on Dec. 22 at Houmas House Plantation & Gardens in Darrow. Tickets and more information are available at brso.org.

The first stop of Nov. 21 was the special service hosted by Baton Rouge Regional Eye Bank and the Louisiana Organ Procurement Agency in the Rosary Chapel at Our Lady of the Lake Regional Medical Center. Over the years, it has become part of my holiday tradition.

Connie Silvio shared her family’s heart-tugging story of donating daughter Stacey’s organs when she was killed in an ATV accident. Jerry Thompson uplifted us as he recounted gaining the gift of sight after receiving a cornea transplant. They then led the procession of donor family members and donor recipients in lighting a candle in memory of their loved one or their donor. It’s one of the most touching ceremonies I’ve ever witnessed.

Following the service, conducted by the Rev. Matt Lorrain, with music by vocalist Debbie Nault and accompanist Julie Cherry, attendees made their way to a lovely reception hosted by members of the Eye Bank Auxiliary. Serving on that committee were Chairwoman Claudia McCall, Barbara Aldrich, Vivian Frey, GiGi Grimes, Dusty Manson, Ginger Miller and Margaret Rome.

Another of my holiday traditions is joining Quota Club for its Thanksgiving dinner. It’s usually a potluck event, but this year, it splurged with catering by chef Don Bergeron. Debra Charles hosted the get-together of 30 or so members.

Opéra Louisiane introduced the celebrities taking part in the Sing & Swing celebrity karaoke event at an after-hours social on Nov. 19 hosted by past participant Ruffin Rodrigue at Ruffino’s. Stepping into the spotlight on Jan. 10 at the Crowne Plaza will be Sister Martha Ann Abshire, Rodney Braxton, Kris Cangelosi and backup singers Abby Hamilton and Karen Profita, Layne McDaniel and Metro Councilman Matt Watson.

Executive Director Leanne Clement and musical director Michael Borowitz surprised them with a “name that song” competition, which Layne won. It immediately led to some congenial trash talk, which I’m sure will continue right up until the votes are tallied.

Earlier on Nov. 19, officials and local agents with State Farm Insurance came calling at the Knock Knock Children’s Museum with a really big check. The $10,000 grant will be used for the museum’s “All Access Fund,” which allows families in need to visit Knock Knock for free or at a reduced price.

And that’s not all. After handing over the check to Executive Director Peter Claffey, area agents rolled up their sleeves and went to work painting a newly constructed playhouse in the museum’s “Big Backyard.”