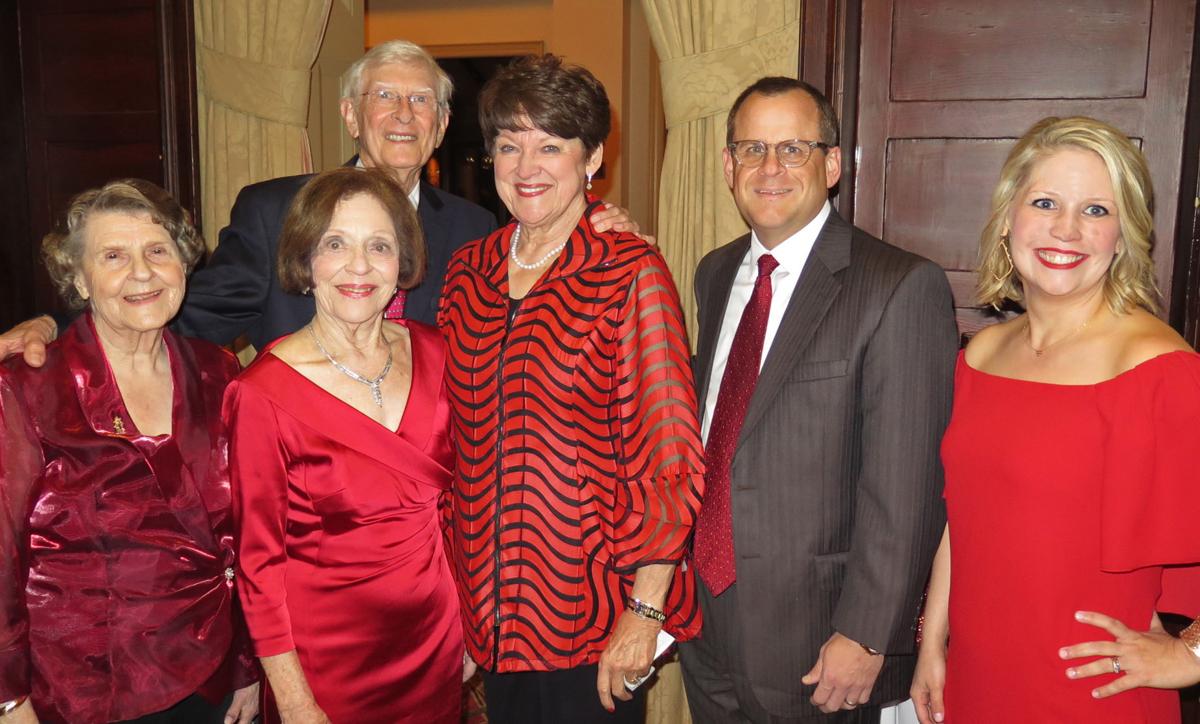 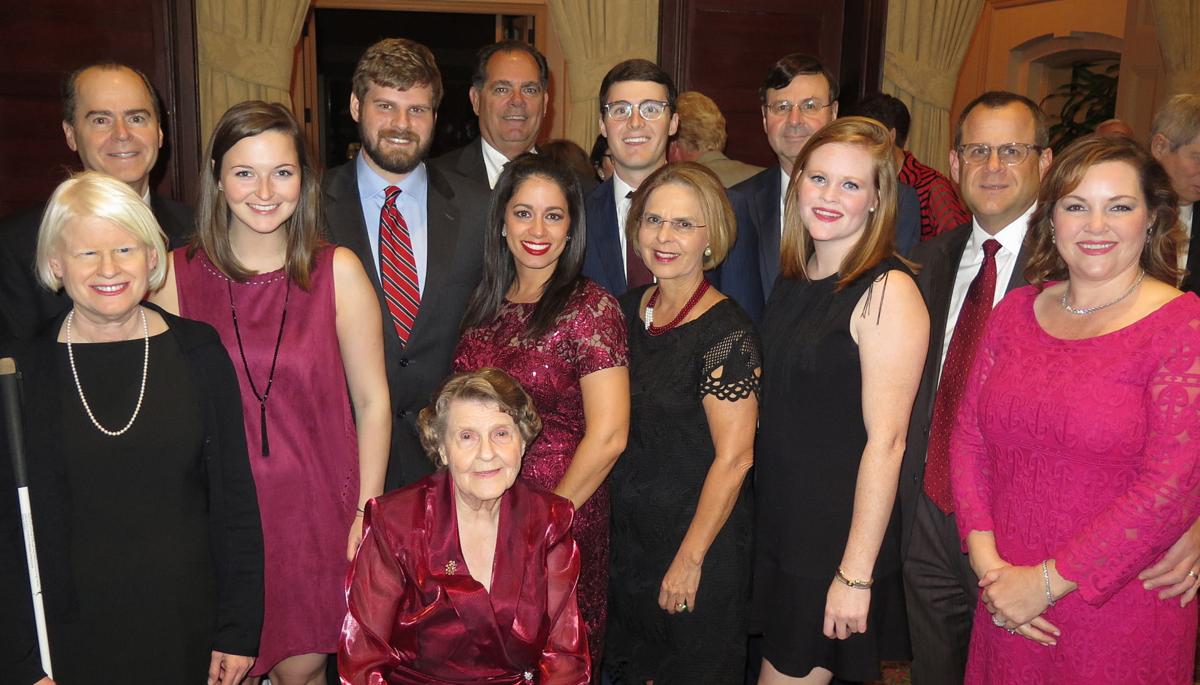 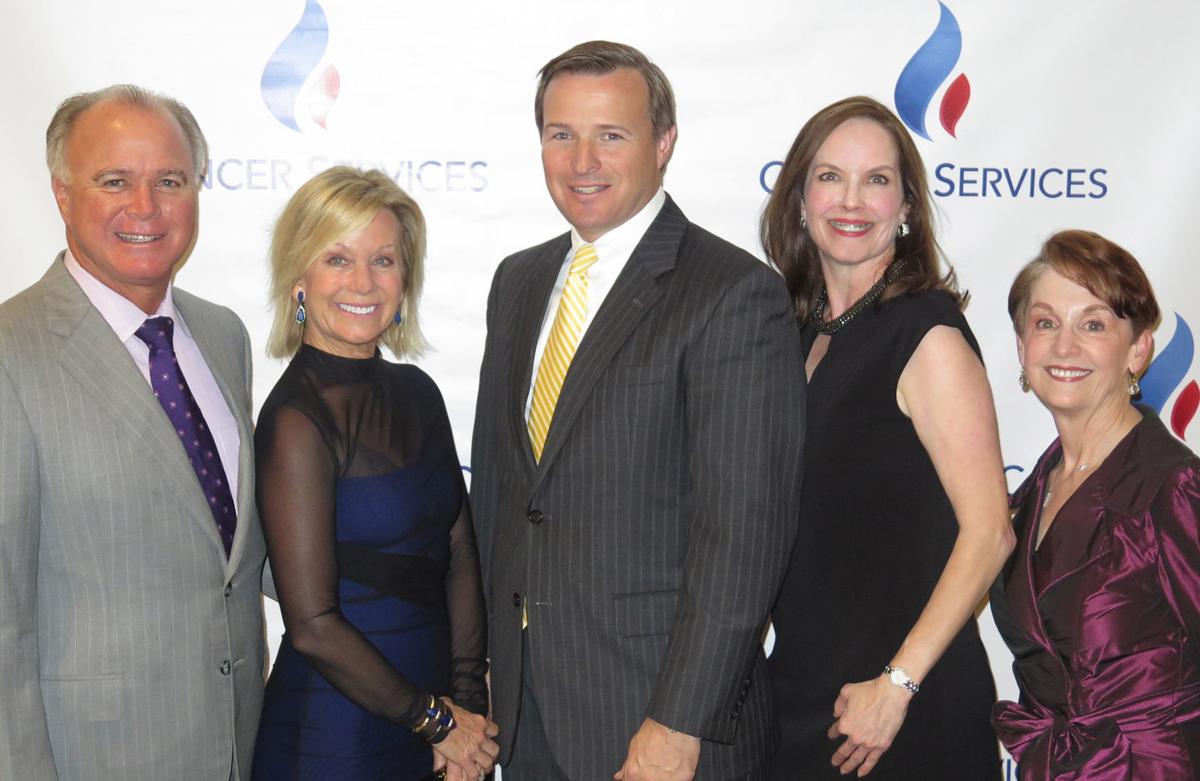 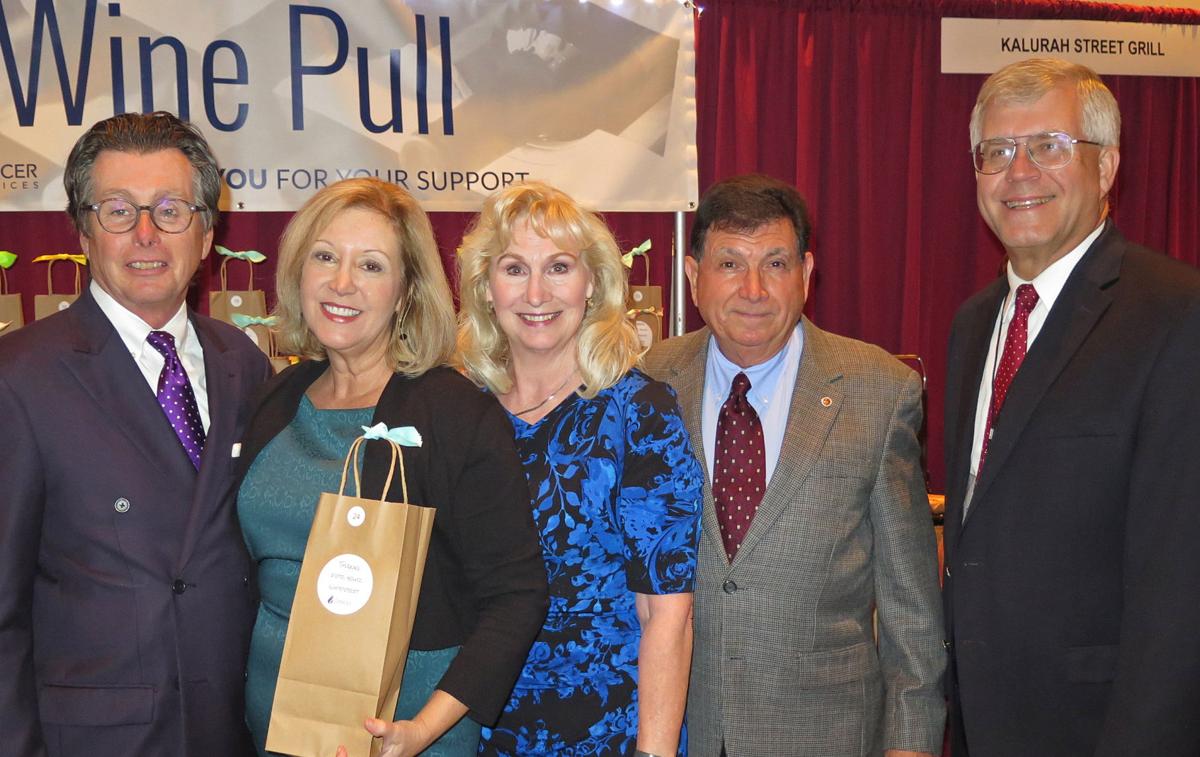 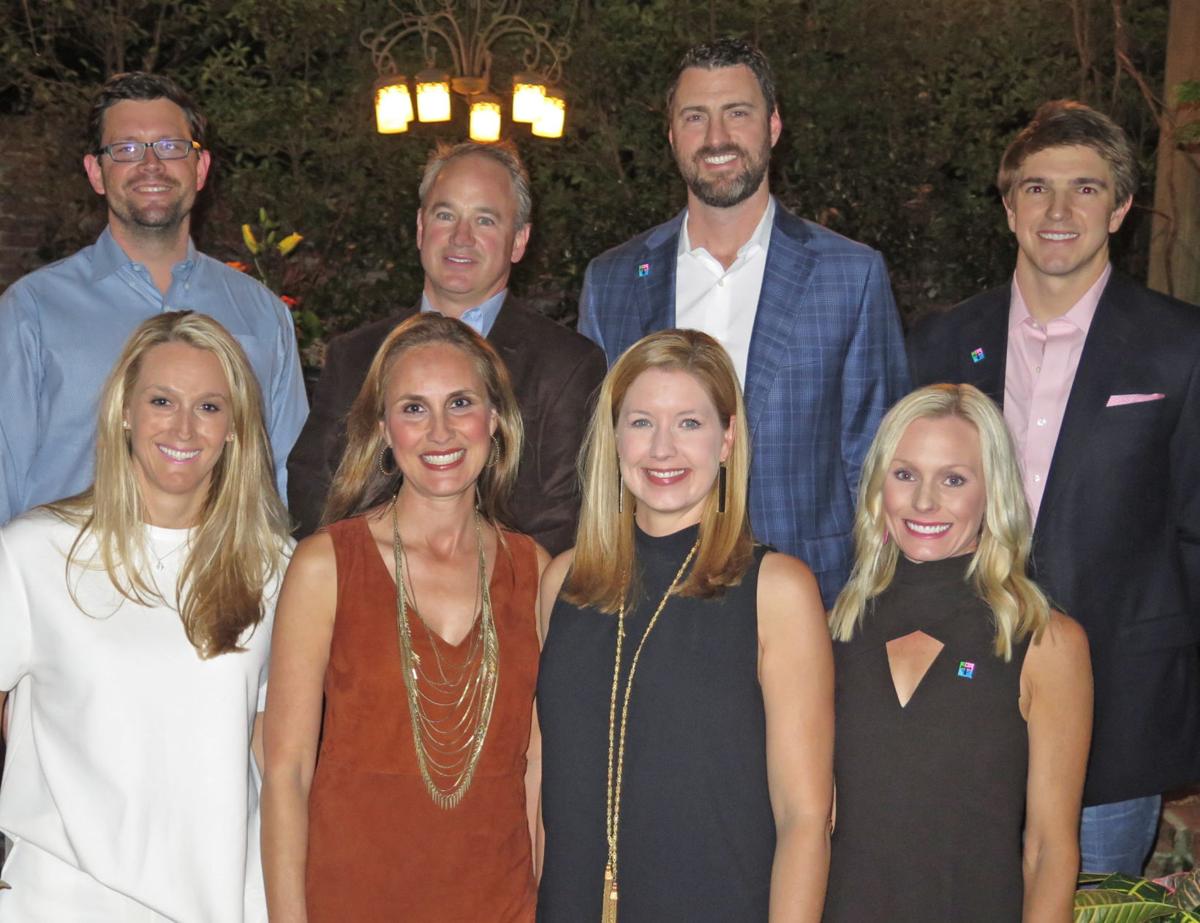 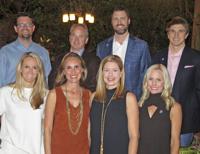 It's amazing!' -- Hosting an informational cocktail party about the Our Lady of the Lake Children's Hospital are, from left, Rebecca and Chambliss Harrod, Elise Scallon Lalonde and Jimmy Lalonde, Maradith and Ryan Boone and Ashley and Brad Culotta. 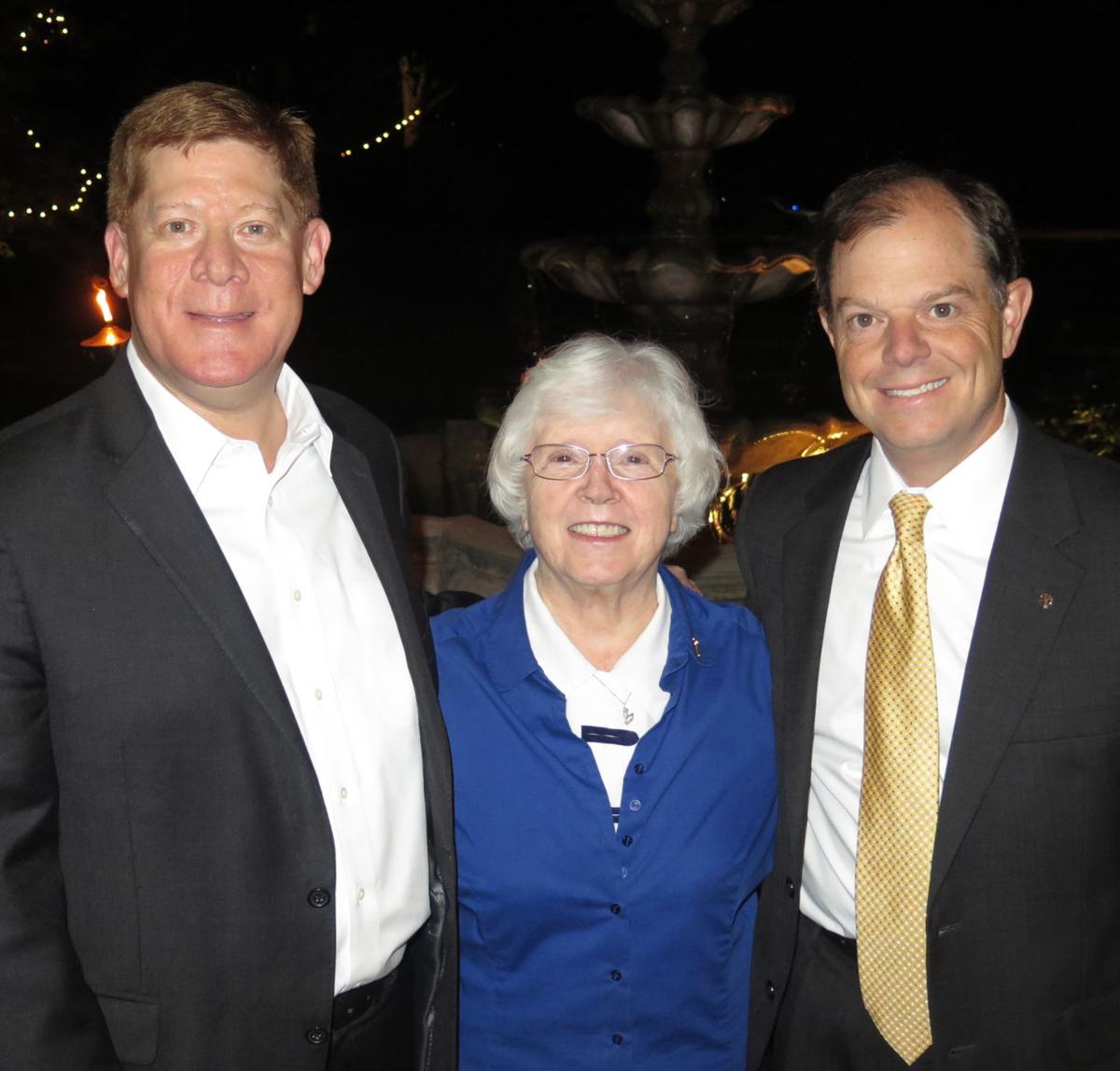 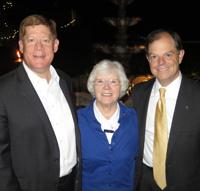 It's amazing!' -- At an informational cocktail party about Our Lady of the Lake Children's Hospital are, from left, OLOL Foundation CEO John Paul Funes, Sister Helen Cahill and hospital CEO Scott Wester. 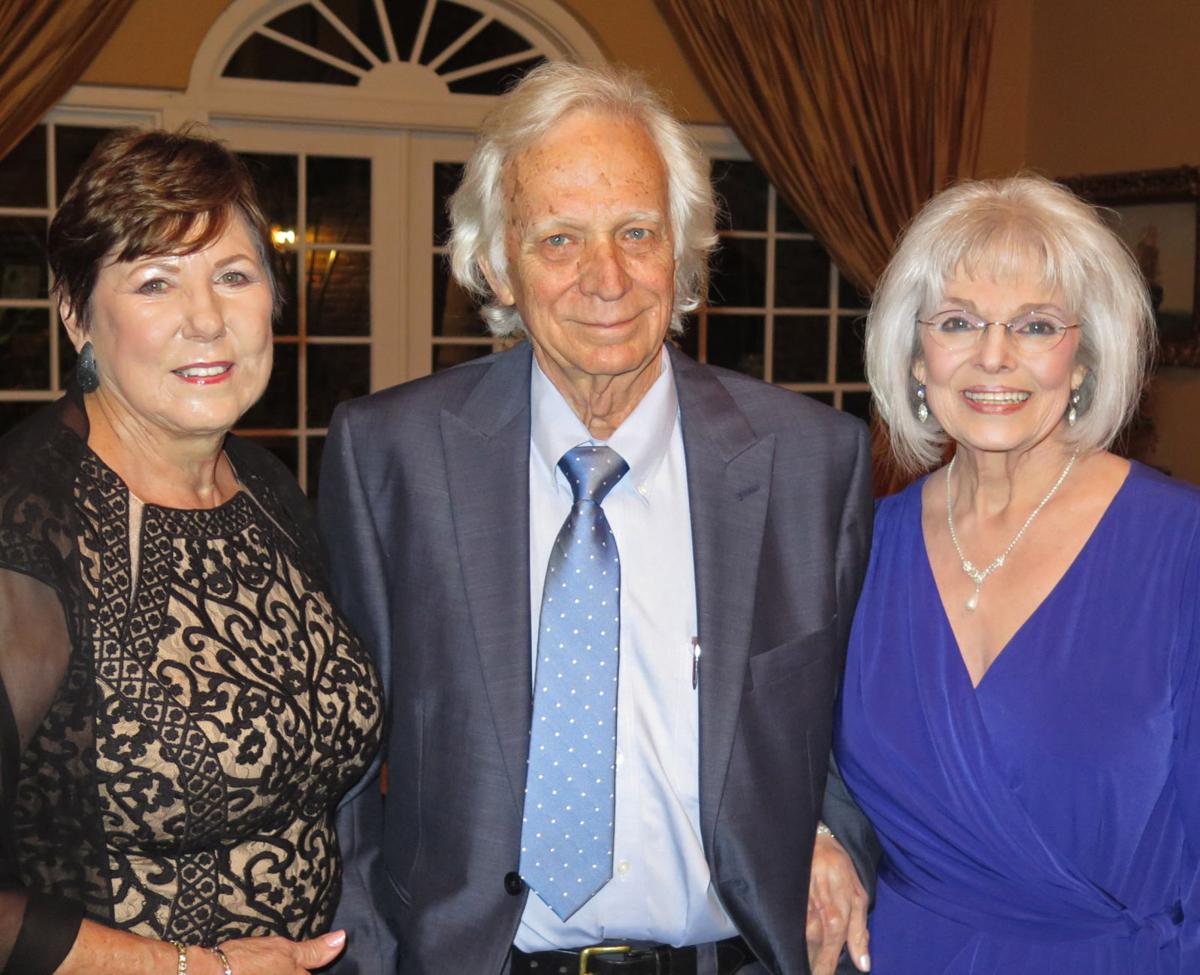 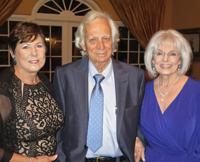 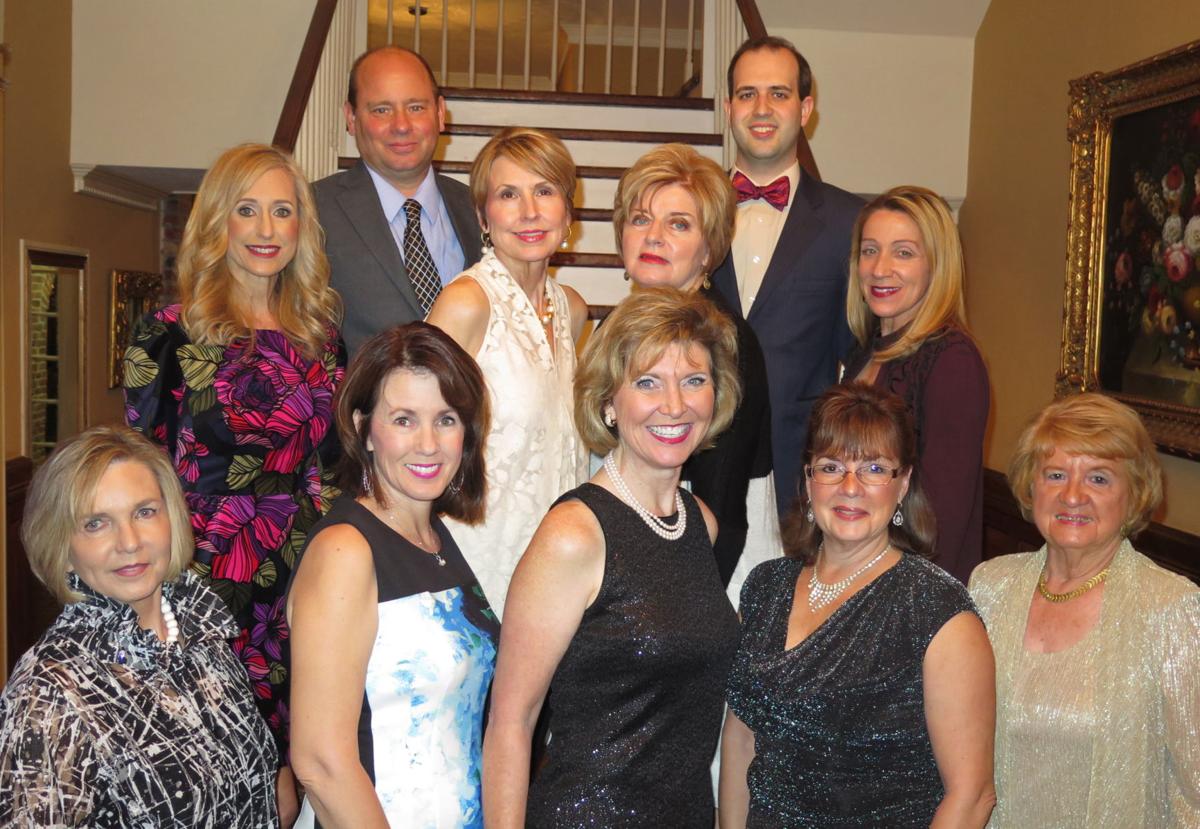 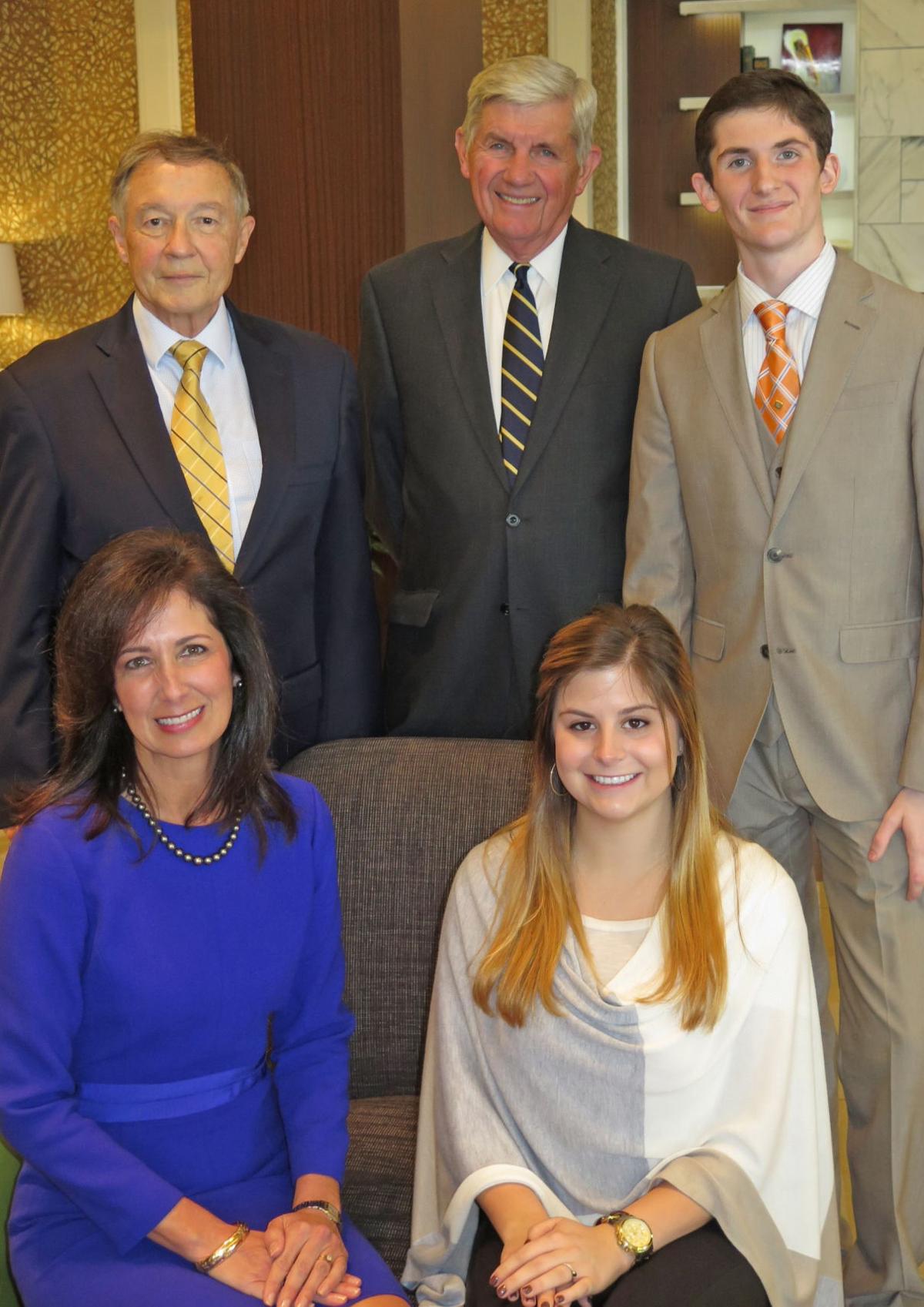 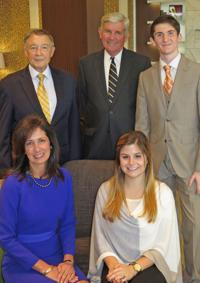 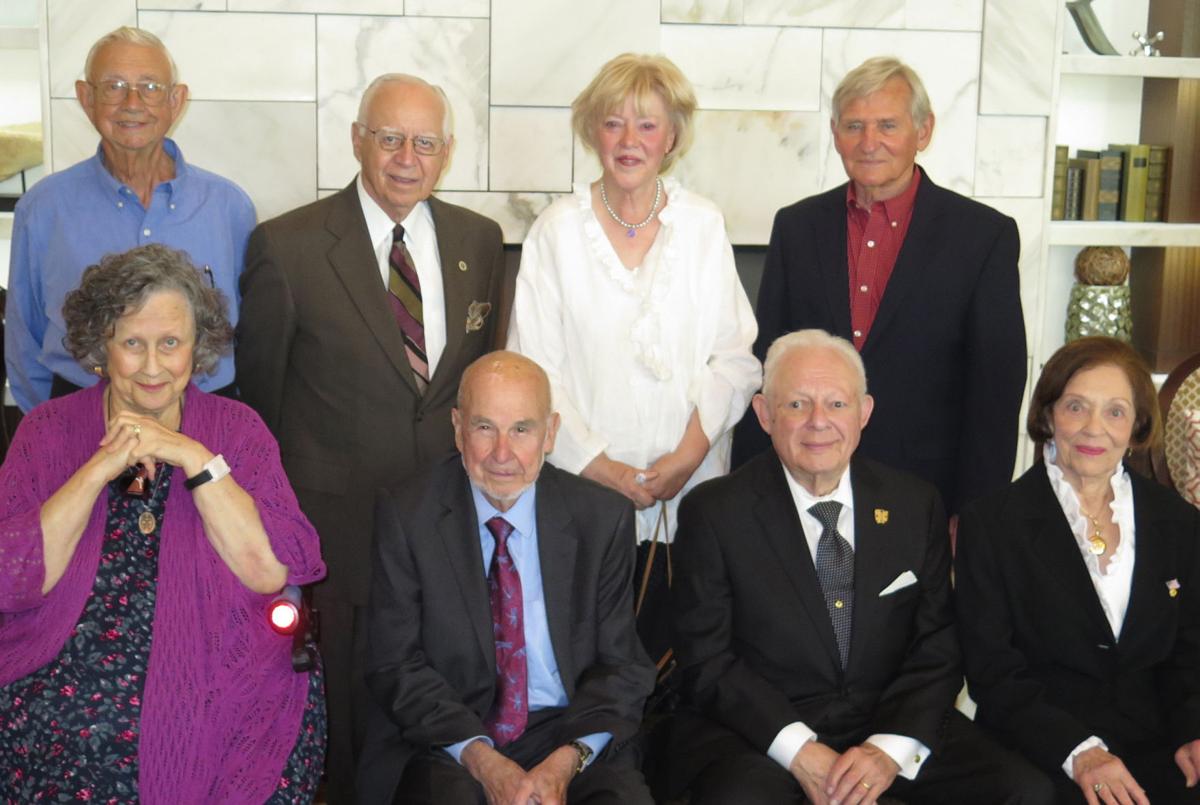 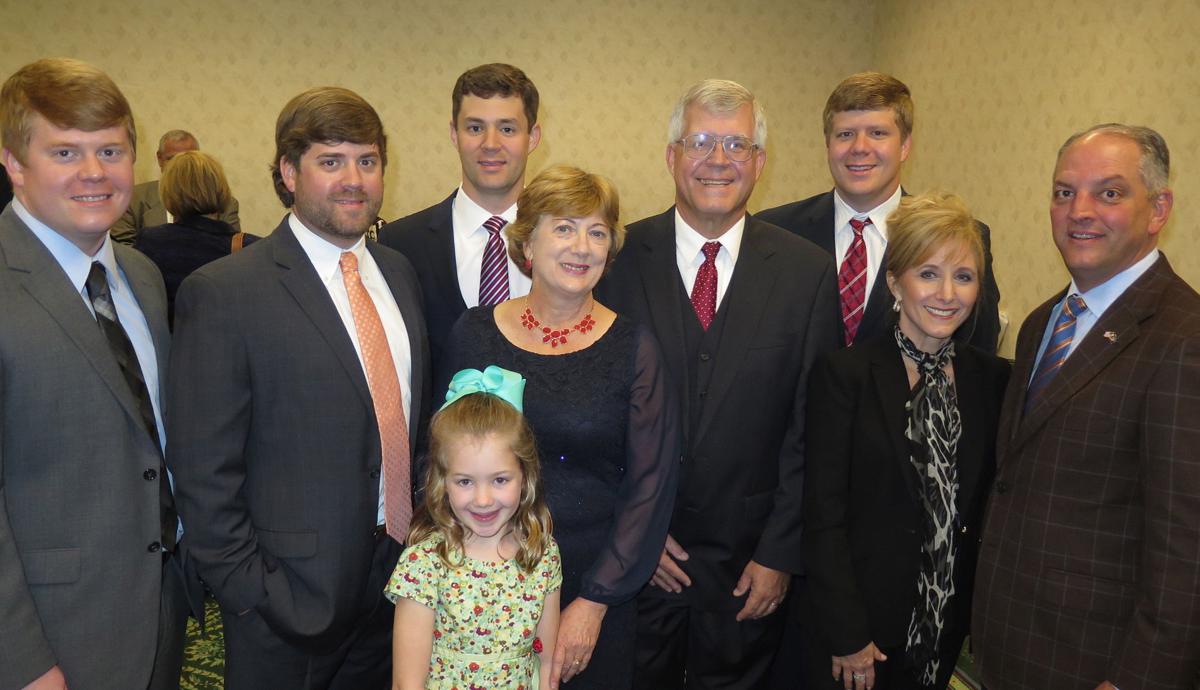 It's amazing!' -- Hosting an informational cocktail party about the Our Lady of the Lake Children's Hospital are, from left, Rebecca and Chambliss Harrod, Elise Scallon Lalonde and Jimmy Lalonde, Maradith and Ryan Boone and Ashley and Brad Culotta.

It's amazing!' -- At an informational cocktail party about Our Lady of the Lake Children's Hospital are, from left, OLOL Foundation CEO John Paul Funes, Sister Helen Cahill and hospital CEO Scott Wester.

With National Philanthropy Day on Nov. 15, it was rather fitting that several organizations took the opportunity to celebrate those who go above and beyond in our community. It made for a jam-packed week of events before the Thanksgiving holiday. For more photos, visit theadvocate.com.

The Baton Rouge Regional Eye Bank celebrated 40 years of giving the gift of sight at an anniversary gala at the City Club Nov. 17. The club was a sea of multiple shades of red in honor of the Eye Bank's ruby anniversary, which also honored the Shirley and Price LeBlanc family for their many years of support.

To raise additional funds, the event featured a jewelry pull, compliments of Kendra Scott, and an enticing raffle. Taking home the grand prize of $5,000 was Helen Melancon, who was sitting right beside me and squealed with delight when she realized what she'd won. Trudy Langlois won the duck hunt donated by Debbie and Jeff Kleinpeter. Sister Martha Ann Abshire held the winning ticket for the ruby and diamond bracelet donated by Patton's Jewelry. She was too cute strutting around the room and showing it off. Sister plans to donate the bracelet to next year's "Fête des Fidèles," a benefit for Franciscan Missionaries of Our Lady University.

August's historic flood may have forced Cancer Services to reschedule its annual Capital Chefs' Showcase but that didn't put a damper on this historically fab celebration. Relocated to the Crowne Plaza, the Nov. 16 event had an intimate feel. One side of the main lobby housed the silent auction and a couple of bars — a good incentive for folks to wander over from the main ballroom where this year's restaurants and caterers were dishing out some absolutely scrumptious offerings.

For the 11th year, LSU Baseball coach Paul Mainieri and wife Karen served as honorary co-chairmen of the showcase. Coach and foodie Jay Ducote played a huge role in helping raise more than $20,000 via a live auction conducted by Brian Fourroux. Mainieri sweetened the pot by offering four of his personal tickets to the winner of the "Ultimate LSU Baseball Fan Experience" package, which went for $6,000. Not to be outdone by the coach, Ducote doubled down on his "Bite & Booze Dinner Experience" to raise an additional $6,000.

En route to Chefs' Showcase, I stopped by the home of Drs. Elise and Jimmy Lalonde for a quick party pic. They were hosting an intimate get-together for their fellow physicians to educate them and seek support for Our Lady of the Lake Children's Hospital. Co-hosts were Dr. Ryan and Maradith Boone, Dr. Brad and Ashley Culotta and Dr. Chambliss and Rebecca Harrod.

Having been to a party at the Lalondes, I know guests had an amazing time.

The night before had us partying at Chef John Folse's White Oak Plantation for the Sunshine Foundation's annual Sunshine for Kids Gala. This year's event honored veteran educators Gladys and Kelly Runnels. They thanked Runnels School alum Maggie Wrenn for donating her "Angel & Child" print as a special live auction item benefiting the school's recovery from the flood.

Loren Kleinpeter stepped in for long-time volunteer Scott Angelle to conduct the night's live auction, and he did pretty good. Guests opened their wallets and purses to raise more than $18,000 to assist the foundation in printing and distributing its "You Are Sunshine" book to all kindergarten students throughout the state.

Founder and "You Are Sunshine" author Shirley Porter shared how one local elementary school lost over 11,000 books in the recent flood. The lone book to survive? You guessed it — "You Are Sunshine."

Special Board of Directors awards went to the Cajun Navy for its work during this past summer's horrific flood and the late Mary Frey Eaton, who was also recognized as a Leave a Legacy honoree for her donation to the LSU Alumni Association.

The week started off at a lovely dinner at the Marriott honoring Marvin Borgmeyer as the recipient of the 75th annual Golden Deeds Award, which is sponsored by the InterCivic Council of Baton Rouge and The Advocate. Featured speaker for the evening was Gov. John Bel Edwards, who said that the longevity of the Golden Deeds "speaks volumes" about the people of Baton Rouge.

"I'm so proud of the people of Louisiana and, in particular, Baton Rouge," said Edwards. "You all put your best foot forward (during this past summer's shootings and flood) … What we saw was people not waiting but coming out and asking, 'What can I do to help?' Just like the water didn't discriminate, neither did those helping, and that's what Marvin has been doing for many years."

In accepting the award from Advocate Publisher Dan Shea, Borgmeyer acknowledged those who don't just give of their money but their time. "That's what's so special about Baton Rouge," he added.

He made a plea to attendees to work on the areas of race relations and education. "We have a way to go," said Borgmeyer. "A lot of groups are working on those issues and we're off to a great start, but we need to continue."

He also asked everyone to continue to support local nonprofits trying to recover from the flood. "I hope you don't forget them," said Borgmeyer. "They need our financial support, including churches."

In addition to his award, the council made a donation in Borgmeyer's name to Metanoia Manor, a recovery home in Baton Rouge for adolescents who are victims of human trafficking.

The week of party hopping wrapped up Nov. 18 at a party fêteing Krewe of Artemis royals Melanie Uzee and Dr. Jimmy Lalonde. It was hosted by Uzee's fellow Gris Gris Girls float members at the home of Karen and De Holden. Mother Nature so cooperated with the festivities, making the indoor/outdoor experience delightful.

The night proved a blast from my past, as well. Some 20 years ago, I did a story on De's sister, Chanler Holden Mittendorf's house, which was located next door. When I asked Karen if they were related, she quickly answered yes and pulled out the magazine featuring Chanler on the cover, leading to a fun reunion between the three of us.

Your mother; your father; your spouse; a grandparent, aunt, uncle, brother, sister, or even a child. Who do you know?