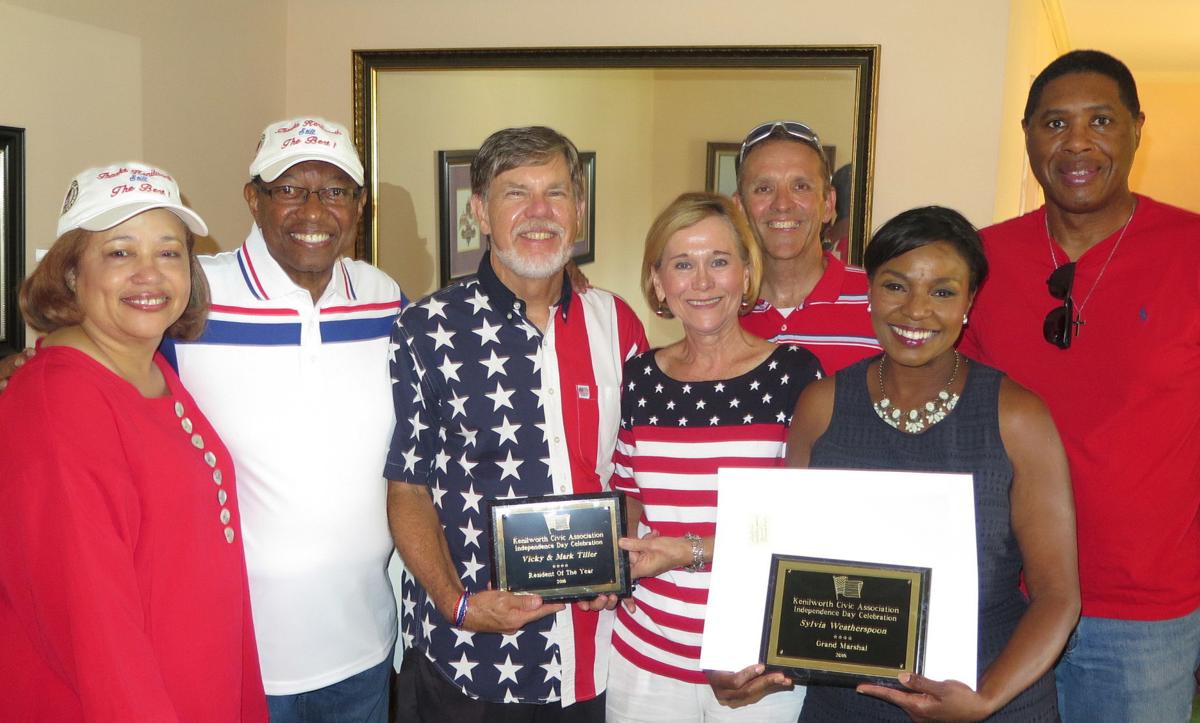 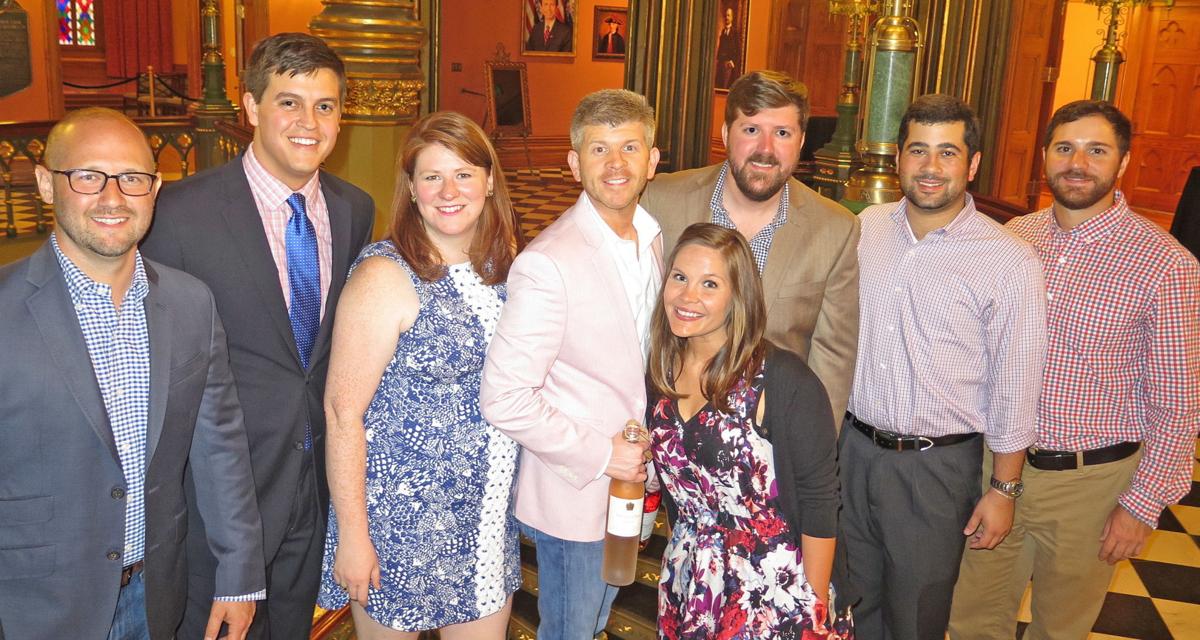 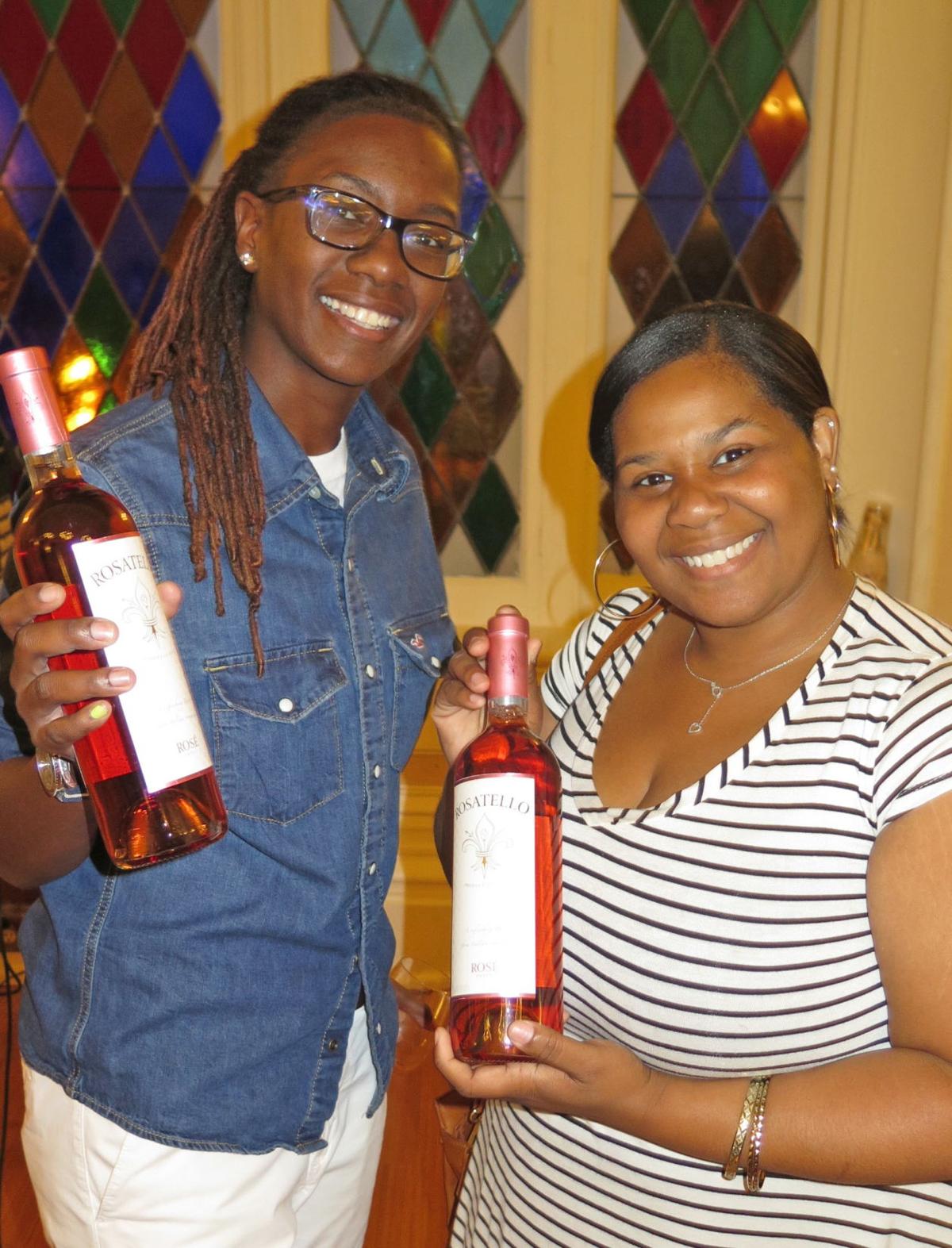 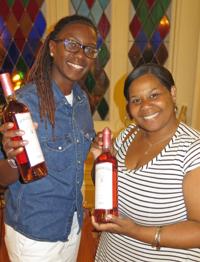 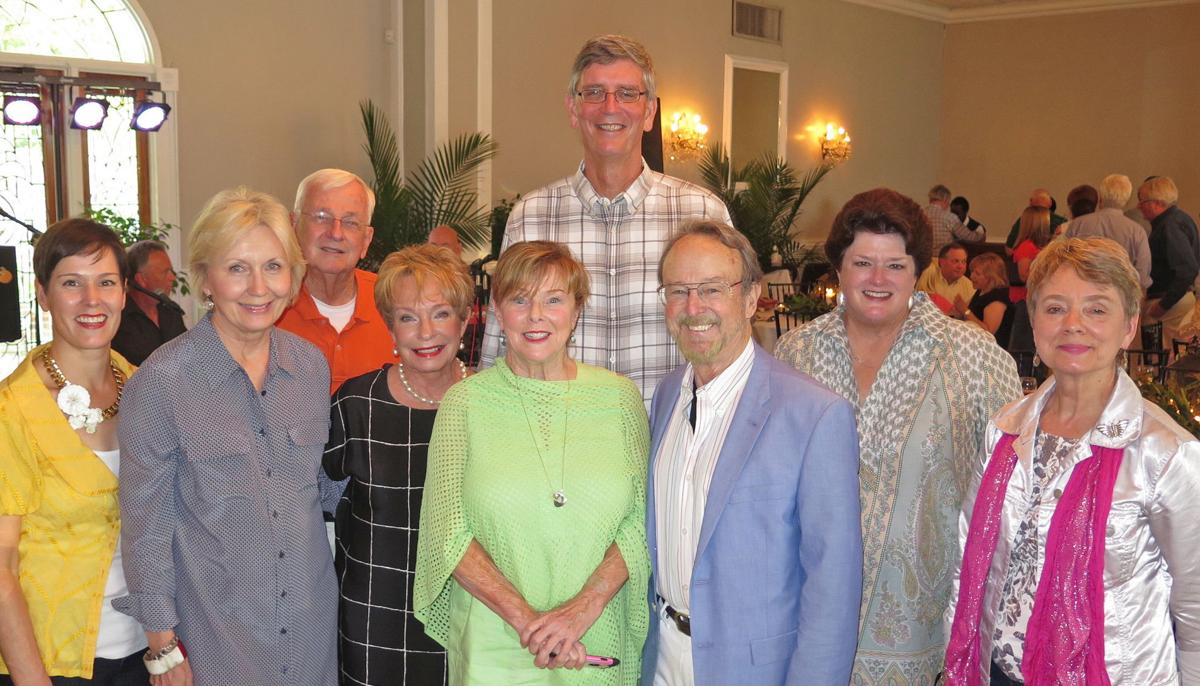 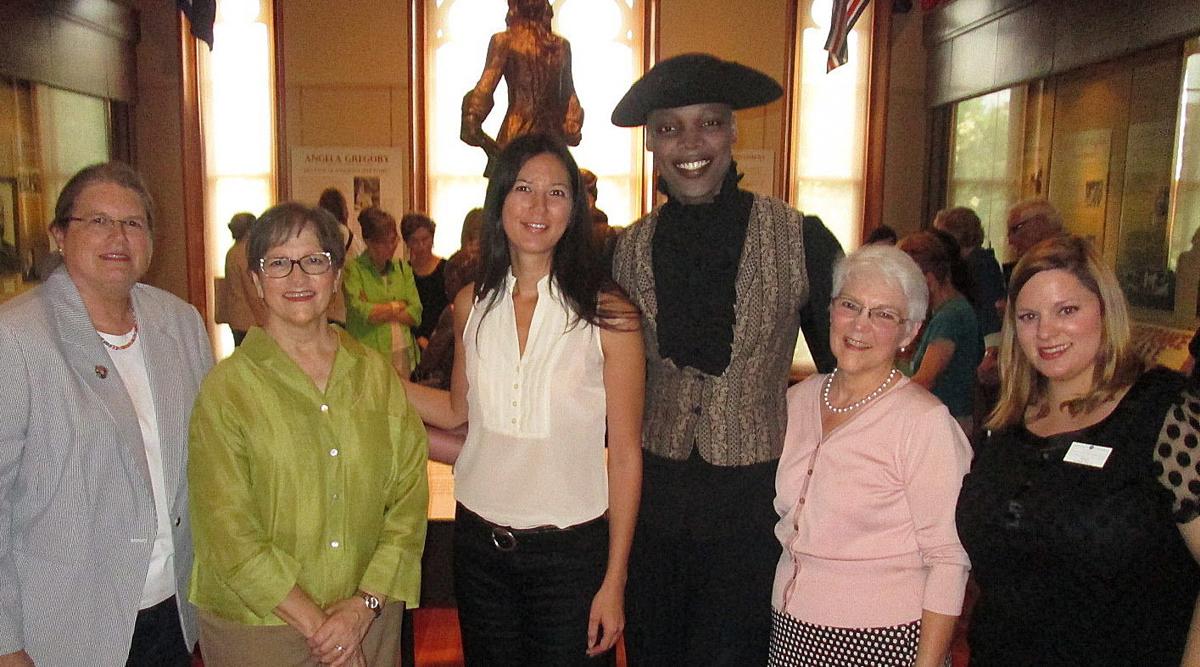 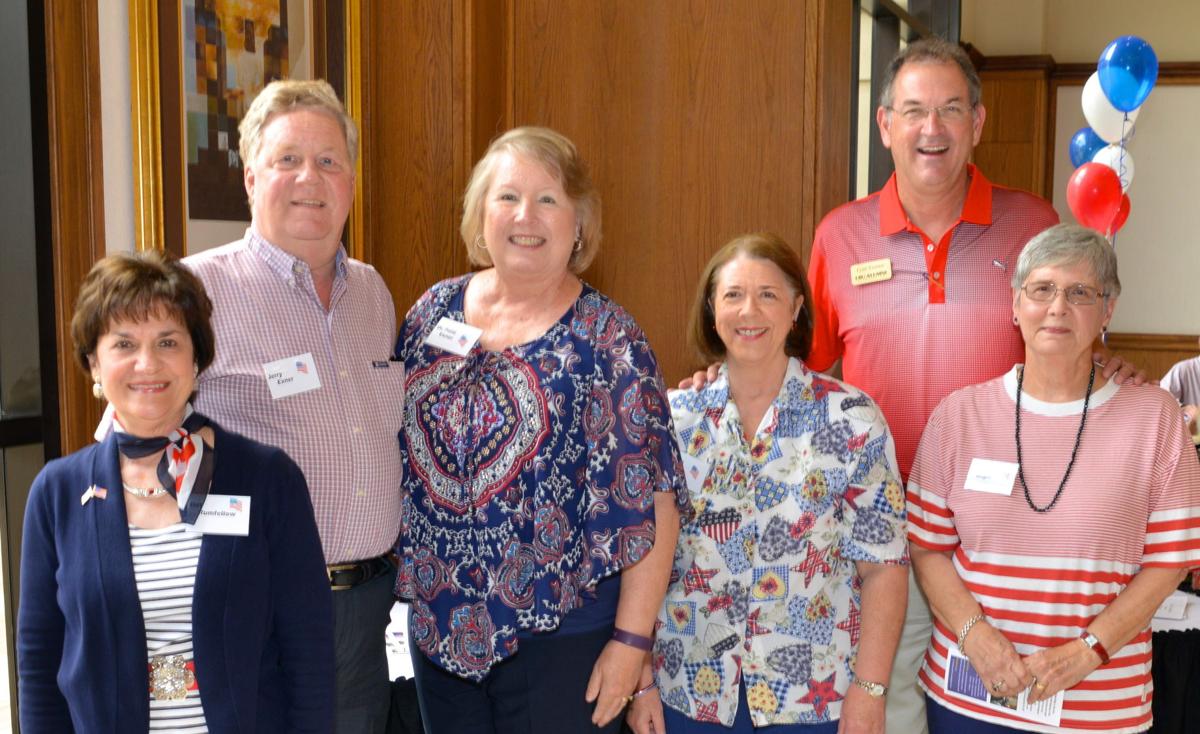 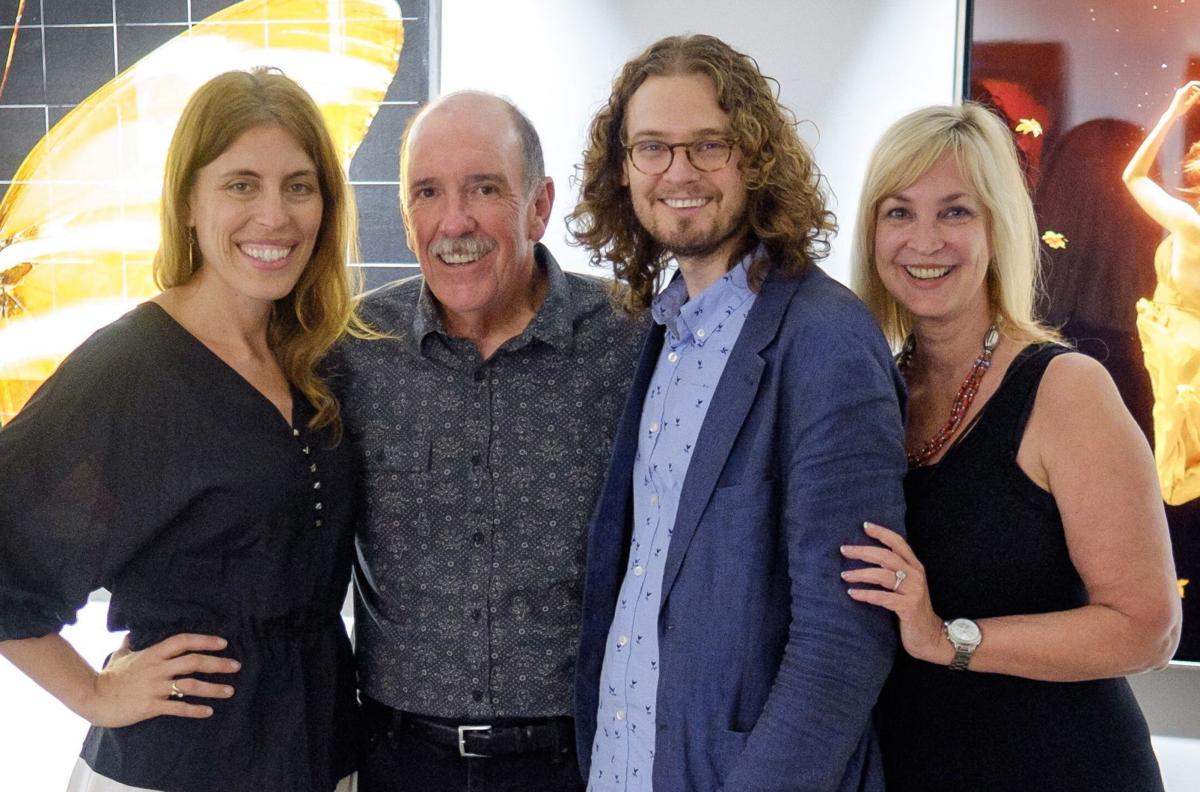 Photo provided by Eye Wander Photography --- 'Overflow' --- At a June 25 reception for a joint exhibit at the LSU Union Art Gallery by local photographers David Humphreys and Aaron Hogan, center, are Jency Hogan and Melinda Walsh. 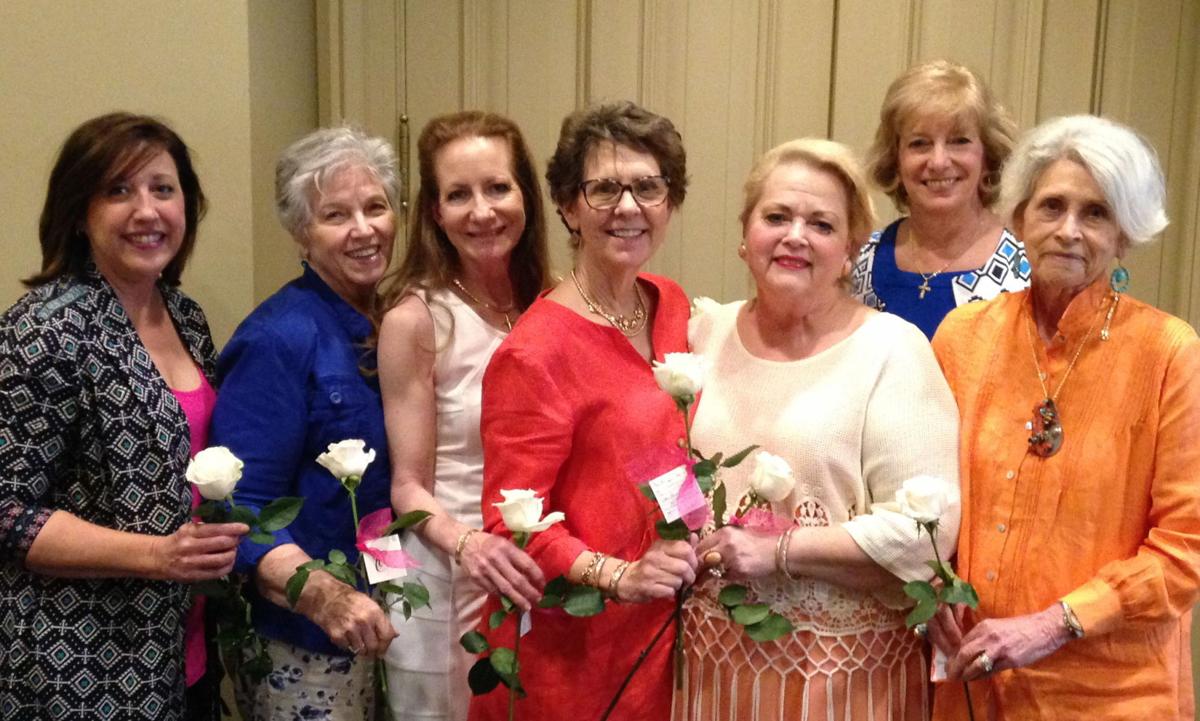 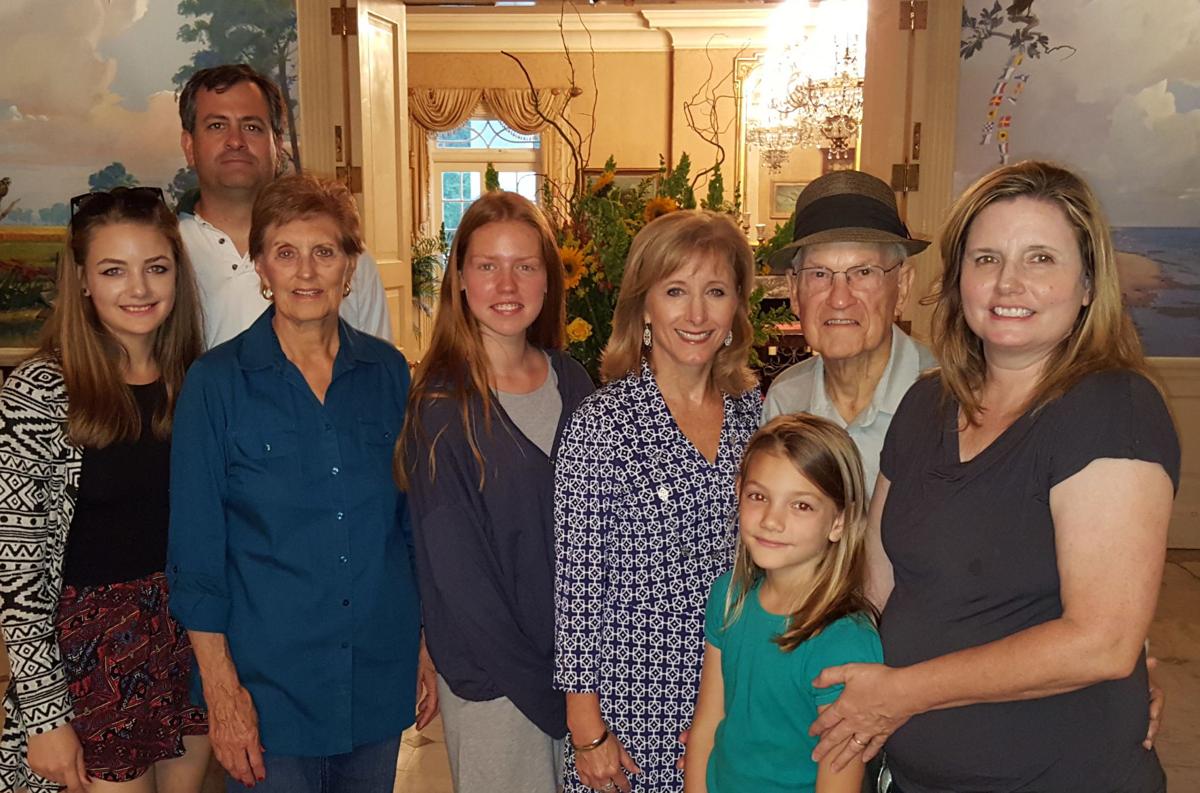 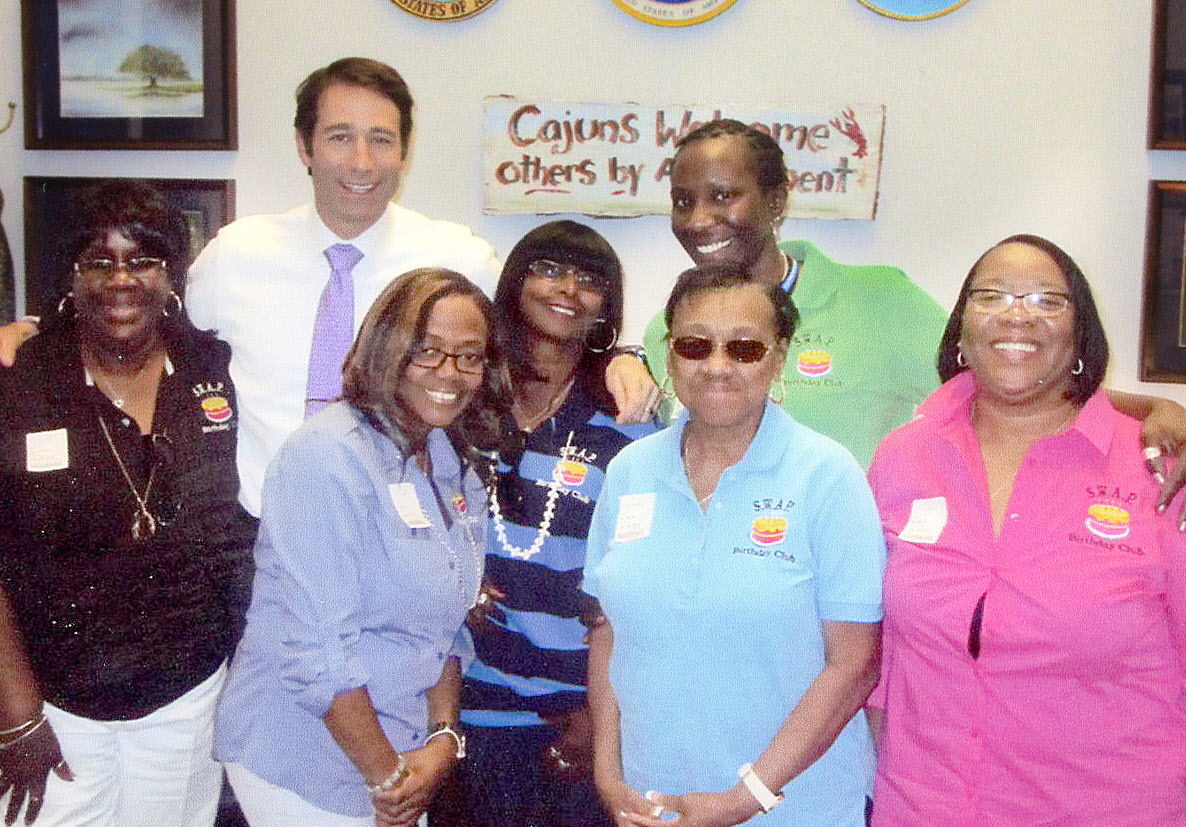 Photo provided by Eye Wander Photography --- 'Overflow' --- At a June 25 reception for a joint exhibit at the LSU Union Art Gallery by local photographers David Humphreys and Aaron Hogan, center, are Jency Hogan and Melinda Walsh.

I hope you and yours enjoyed the long Fourth of July weekend. The highlight of mine was spending time with family and friends and the 44th annual Kenilworth Civic Association’s Fourth of July parade, which rolls right in front of our house.

Leading the July 3 parade was WBRZ-TV news anchor Sylvia Weatherspoon, looking very festive in her red Chucks, as grand marshal. Riding in convertibles close behind were Mayor Kip Holden and wife Lois and Residents of the Year Vicky and Mark Tiller. This group actually got together before the parade for a small party at the Tiller home with members of the KCA board and their families. That’s where the mayor proclaimed it “Sylvia Weatherspoon Day” throughout the parish and made the veteran newscaster honorary mayor. She quickly proclaimed “a garden in every yard and a Bible in every home.” Also getting a proclamation from the mayor were the Tillers. KCA President Skip Rhorer presented all the honorees with a plaque.

Before the long holiday weekend, there were a number of events all taking place the last day of June. The biggie was Forum 35’s Summer Uncorked event at the Old State Capitol featuring the varietal rosé, which is quickly shedding its bad rap caused by its confusion with syrupy wines like white Zinfandel. That said, it was rather funny that the same rosé that got the most votes as the night’s favorite also got the most votes as the worst. In fact, several teams brought bottles of Ruffino’s Rosatello Rosé but the one who brought the winning bottle was Ashlee Conrad and April Smith. Aside from bragging rites, the duo walked away with 26 bottles — two bottles each of every type of rosé brought to the blind tasting.

Before heading downtown, I was out at Chef John Folse’s White Oak Plantation for a cochon de lait fêteing retiring Hospice of Baton Rouge Executive Director Kathryn Grigsby. The place was packed with board members, volunteers, staff, family, friends and others whose lives Kathryn touched during her 28 years at the helm of the city’s first and only nonprofit hospice.

I loved listening to and sharing stories with Linda MacMorran, Alice Hirshey and Patrice Ellis, who for years volunteered with Hospice’s Decorators’ Showhome fundraiser; Moffitt Aycock and daughter Julia, who is the onsite IT coordinator for Hospice; Sissy and Ralph Stephens, who was on the board that hired Kathryn; the Rev. Chris Andrews and wife Susanne Duplantis; and current board members Vera Olds, Judy Day, Michael Button and Don Phelps. Also joining in the celebration were Mary Lynn and Chuck McMains, Carolyn and John Carnahan, Ann and Steve Storey, Miriam Juban, Jill Rehn, Florent Hardy and Kay Long, Sue Heflin, Dr. Frederick and Sue Billings, Sue Heflin and Liz Smith.

To help Kathryn get a start on her retired living, Hospice presented her with a one-week Colorado vacation; a stained-glass window hanging by artist Steve Wilson, who was among those at the party; and a framed print of the original painting done by Moffitt for the invitation — one of hundreds done for Hospice events over the years.

The day started with a ribbon-cutting ceremony at the Old State Capitol on one of its newest permanent exhibits — Angela Gregory’s Bienville Monument. Giving attendees the condensed version of Gregory and her monument to Sieur de Bienville, aka the “Father of Louisiana,” was historian Susan Hymel. The original, commissioned by the Louisiana Purchase Sesquicentennial Commission of New Orleans, stands at 30 feet where Conti and Decatur streets meet on the edge of the French Quarter, but the plaster maquette Gregory used to make its mold now sits center stage in one of the rooms off the rotunda of the Old State Capitol after a two-year process.

Taking part in the ribbon-cutting were Mary Durusau, director of museums for the Louisiana Secretary of State’s Office; Hymel, who represents Gregory Art; curator Lauren Davis; Sally F. Williams, who restored the maquette; and Romy Mariano, with the Louisiana Endowment for the Humanities, which provided a grant to assist in making the exhibit a realization.

Items for Pam’s Party Line must be received by 9 a.m. the Monday preceding the run date. High-resolution digital photos should be emailed. Hard copy photos should be dropped off at or mailed to The Advocate, 10705 Reiger Road, Baton Rouge, LA 70809.Events will run no later than four weeks after they have taken place. The date, place of the event and a contact name and daytime phone number must be included. Photos will be used at the discretion of The Advocate.