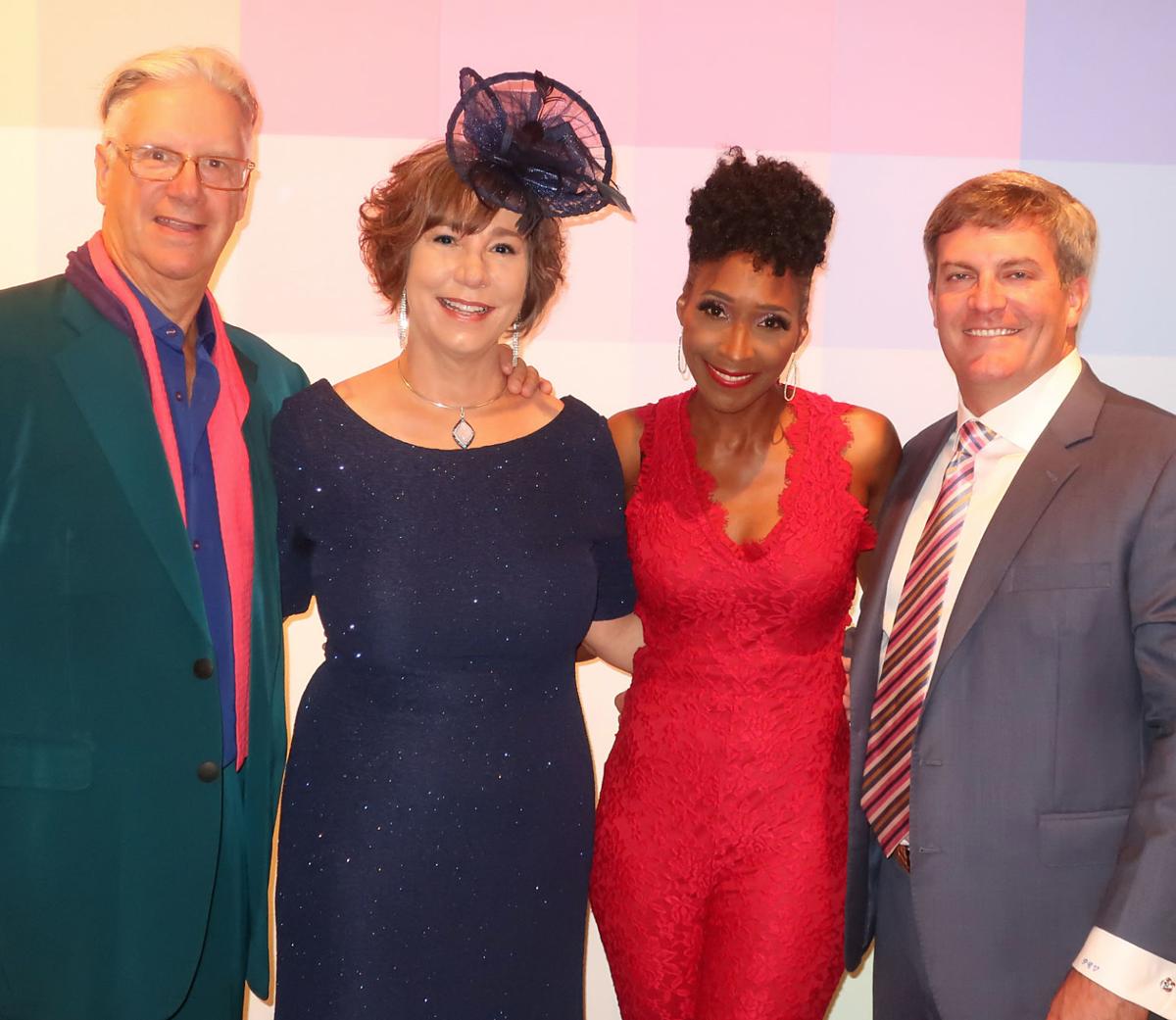 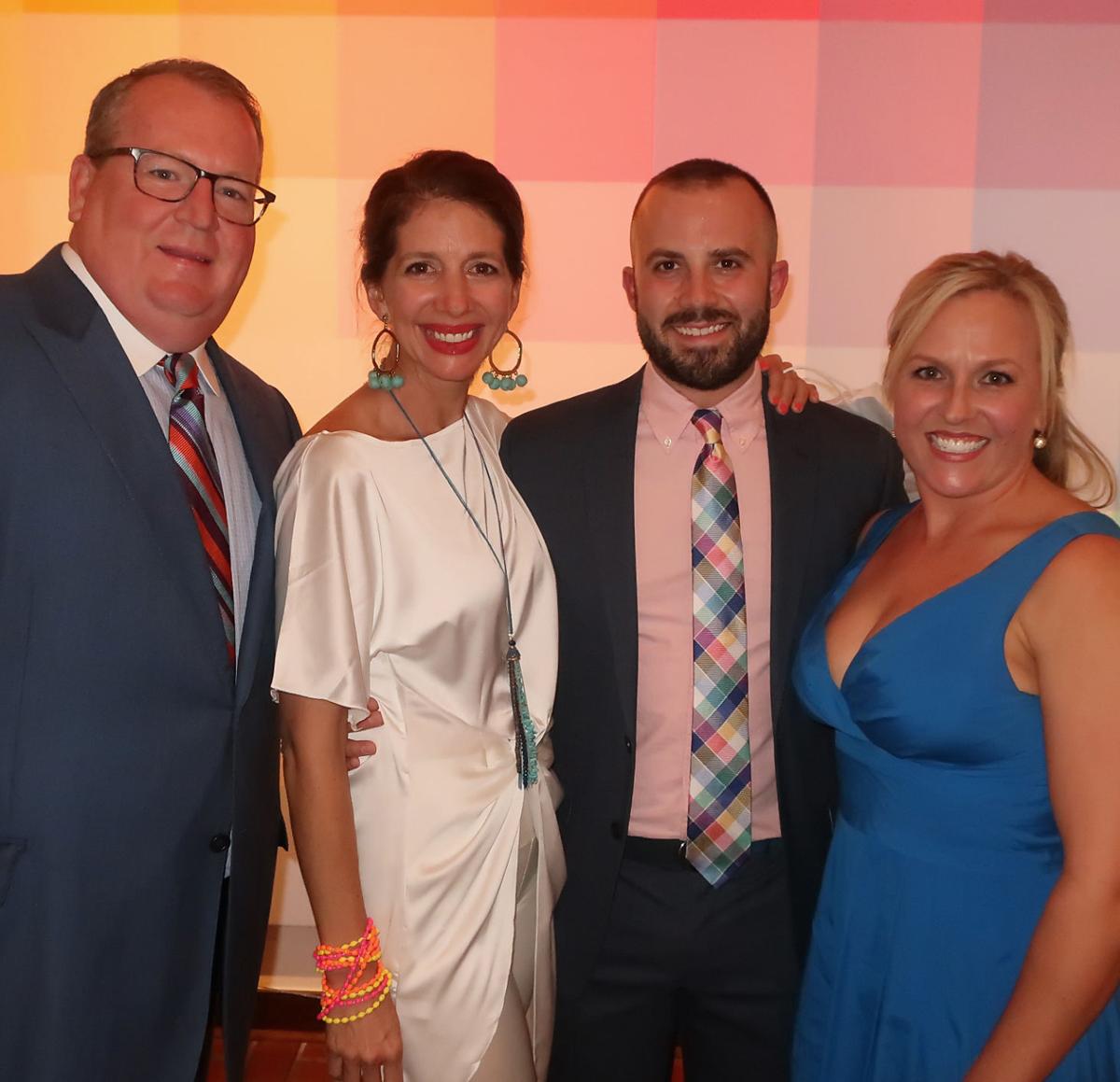 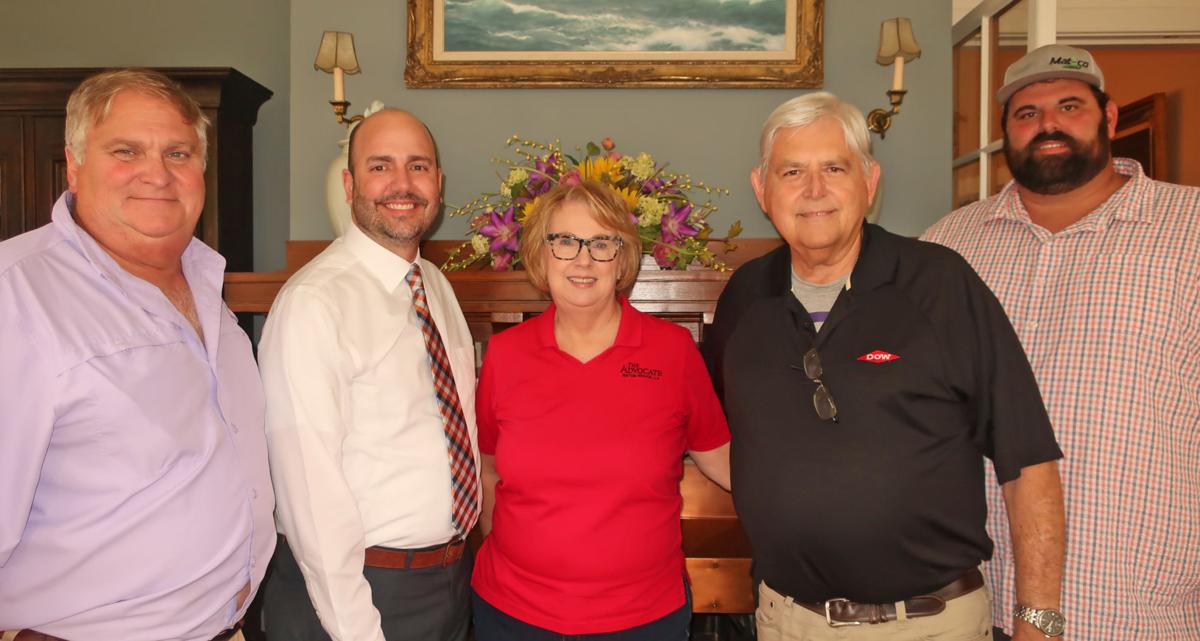 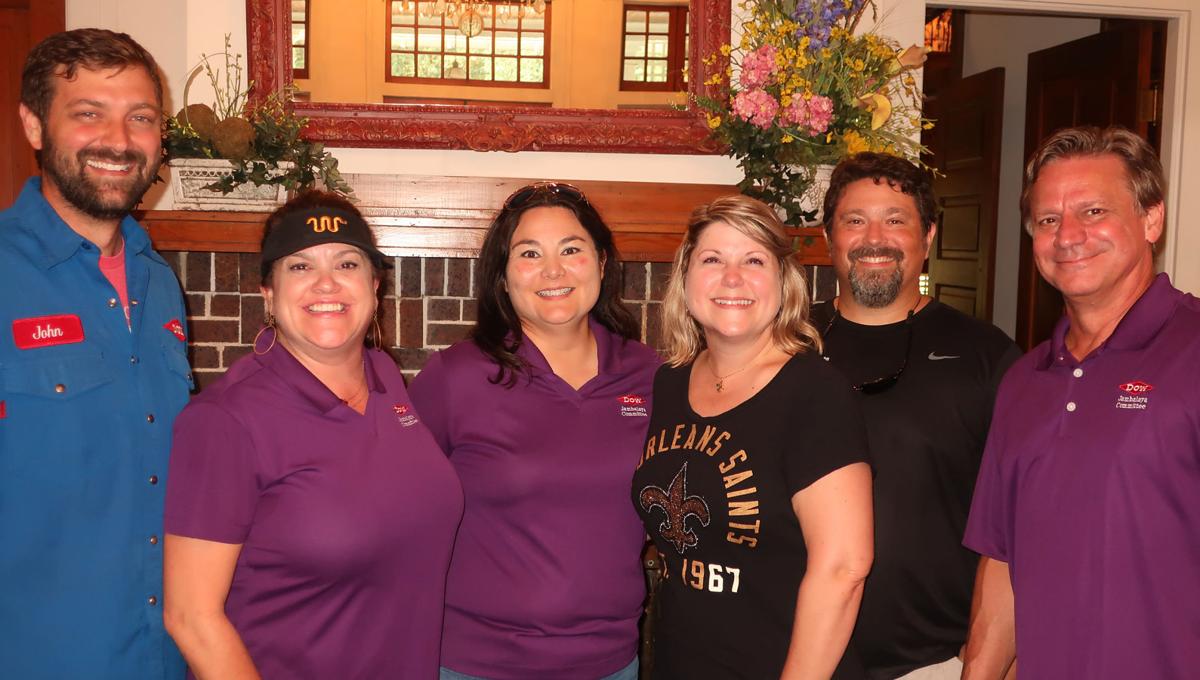 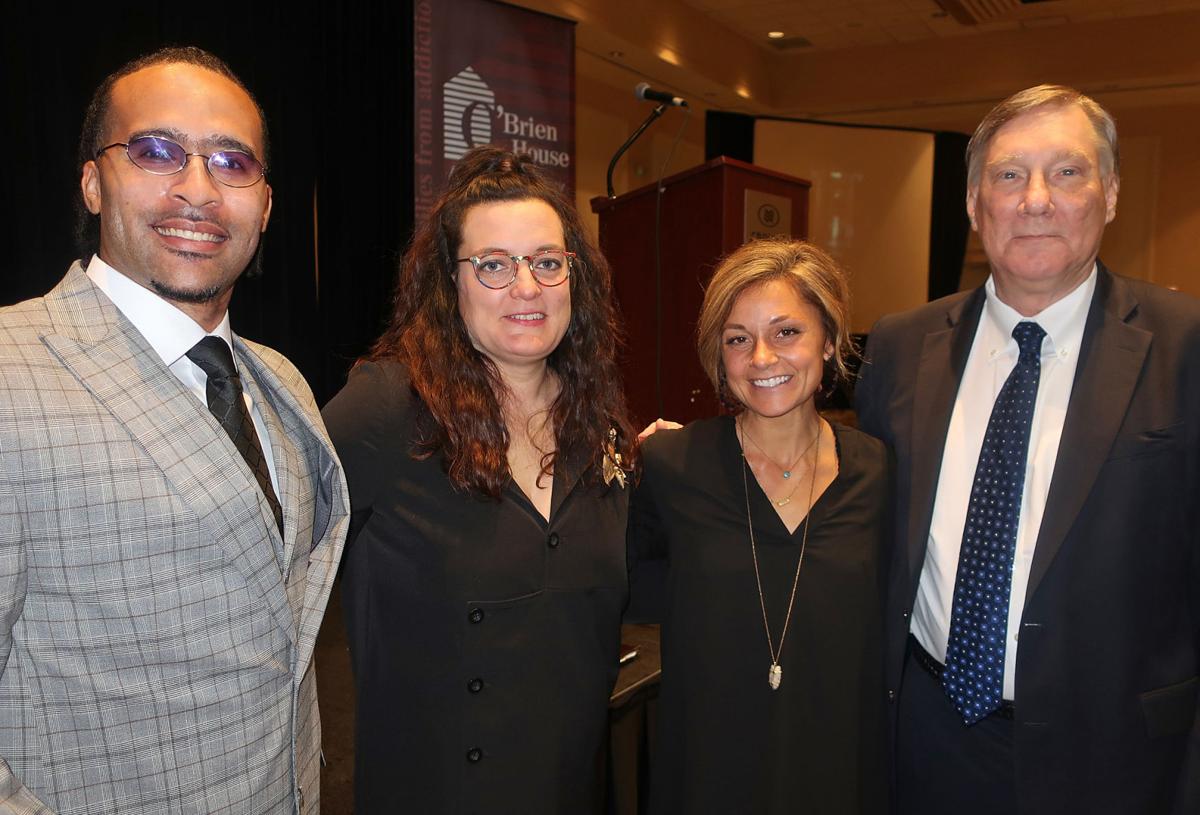 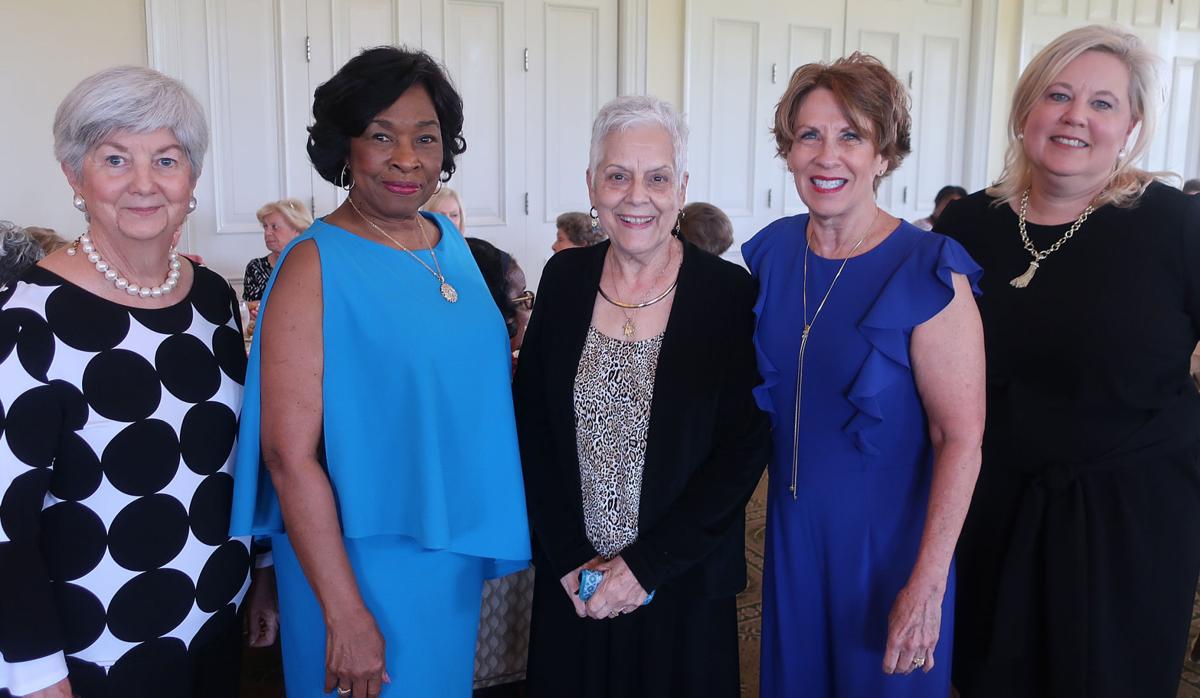 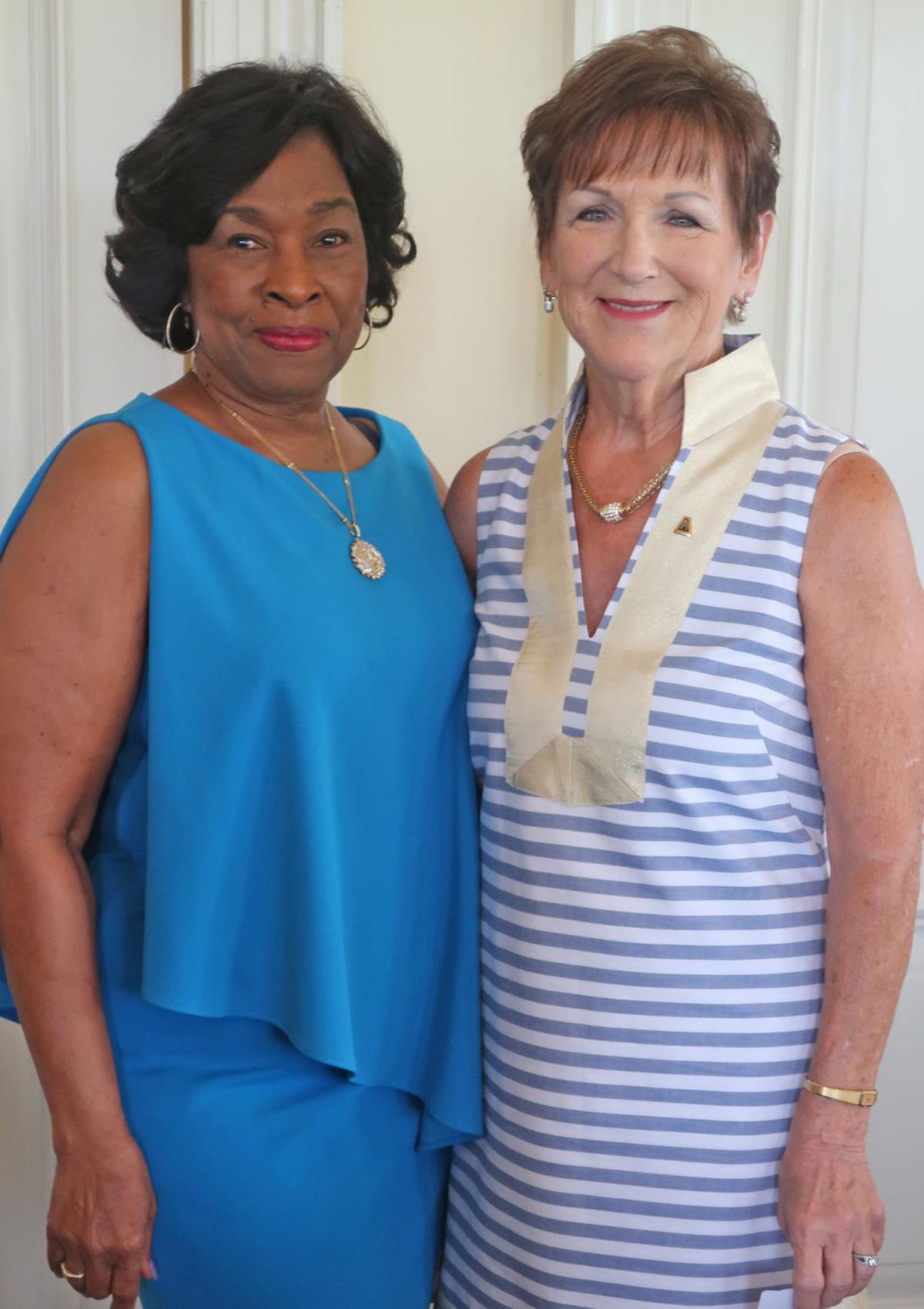 The Louisiana Art & Science Museum was awash in color on Sept. 20 for its 34th annual gala, CHROMA: Color Your Senses, based on its current exhibit of artist Christopher Janney. Getting to meet him and check out his work was the cherry on top of a fabulous evening that may have just raised the bar for this event.

Downstairs, Toby Tomplay & About Last Night rocked the Burt Turner Family Atrium while the Seth Finch Trio had toes tapping upstairs. That's also where you could travel back to the 1970s via the Blacklight Lounge and its Silent Disco, featuring DJ Parish & DJ 2EZ.

City Pork, Heirloom Cuisine and Rouj Creole provided the delicious food at various stations. And, while you noshed and sipped you could shop the tempting silent auction and pick up a raffle ticket for the 18-karat white gold, sapphire and diamond necklace and earrings suite from Lee Michaels Fine Jewelry.

And the diverse guest list just made everything better. Kudos to Chairwoman Kathy Victorian and her committee on a gala well done.

Thirty-eight — that’s how many jambalayas judges tasted at Dow Chemical’s Jambalaya Cookoff on Sept. 19. That’s a lot of jambalaya. And most of it was good, although you might be surprised by the strange spices some cooks throw in. The winners will represent Dow at the Capital Area United Way’s Jambalaya Jam on Oct. 10 along North Boulevard’s Town Square downtown.

For the contractor teams, first place went to Premium Inspection & Testing team, headed up by John Reno and Jacob Holaway, and second place to Universal Plant Services team headed up by Mike Layson and Ronny Amoroso.

At the 17th annual O’Brien House Breakfast on Sept. 18, we celebrated those who have found sobriety. The Crowne Plaza ballroom was packed for the event, which featured two women sharing their gut-wrenching stories of addiction and their triumph over it. They were winners of the essay contest sponsored by O’Brien House, which for 48 years has been saving lives and families from alcoholism and drug abuse through residential treatment and community outreach.

Shandra Crain, an inmate at the Louisiana Correctional Institute for Women, read her third-place-winning essay, “She is Her,” in a taped segment that left the room speechless. First-place winner Rose Pryor, of Lake Charles, then read her essay, “Back from the Grave,” recounting her battle with drugs and alcohol as well as anorexia and bulimia.

“Because of my sobriety, I became the mother I wanted to be for my two daughters,” concluded Pryor, who at one point weighed only 84 pounds.

Breakfast-goers also got a glimpse into the life of O’Brien House alum Dameon Hills, who today is a student at Baton Rouge Community College. Along with board Vice President Amy Strother, he asked for financial support so O’Brien House can continue its mission.

At lunch on Sept. 18, I joined members of the Woman’s Hospital Auxiliary at the Baton Rouge Country Club for their Fall Luncheon, the highlight of which was the presentation of $12,000 in grants. President Frankie Edwards turned the microphone over to grant committee Chairwoman Nancy Hubiak to hand out the checks.

Edwards got to spread a bit of happiness, too. She presented the Healthcare Auxilian of the Year award to Francine Boyd.

“I’m speechless,” said Francine. “And I’m not speechless very often. This is such an honor. I love doing what I do.”

Edwards also announced the group’s next fundraiser — a Dynamic Cookware sale — will be held from 7 a.m. to 4 p.m. Oct. 2-3 in the conference room at Woman’s.

My third stop on Sept. 18 was at L’Auberge Event Center for the Metanoia Gala. Proceeds from this elegant affair help keep Metanoia Manor, a home for adolescent girls who have been rescued from human trafficking, operating. Helping to drive home that message was the father of a rescued teen. He shared their harrowing story with a packed ballroom that included Gov. John Bel and Donna Edwards, both of whom have been proactive in the fight against human trafficking; state Sen. Ronnie Johns, who has championed the battle against human trafficking in the legislature; and Metanoia founder, the Rev. Jeff Bayhi.

Sept. 18 ended at the home of Chad Kenny and Joe Possa, where the Krewe of Royalty was hosting its first informational cocktail party. Composed of past kings and queens of select Mardi Gras krewes in the Baton Rouge area, the krewe looks to build new friendships via relaxed social get-togethers as well as provide leadership and assistance to community and philanthropic projects. This krewe won't have a ball or parade, but if your group needs some extra volunteers, these former royals are ready to lend a hand. For more information, check out kreweofroyalty.com.

The week started off with the Istrouma Area Council Boy Scouts of America Business & Industry Leaders’ Luncheon on Sept. 17 at the Hilton Capitol Center. LSU’s new Athletic Director Scott Woodward was the speaker.

“I can’t think of a more worthwhile organization to support than scouting,” he told the several hundred guests. “That’s the kind of thing that brought me back here. … I look and I see friends and mentors sprinkled around this room and this community.”

He likened his management style to that of a movie’s executive producer. “If it’s a success, you don’t know who that is, but if it’s a flop, well, that’s a different story.

“I don’t want to be known,” he continued. “I want to be collaborative in all that I do. … There are always people better and smarter than you are — steal them, use them.”