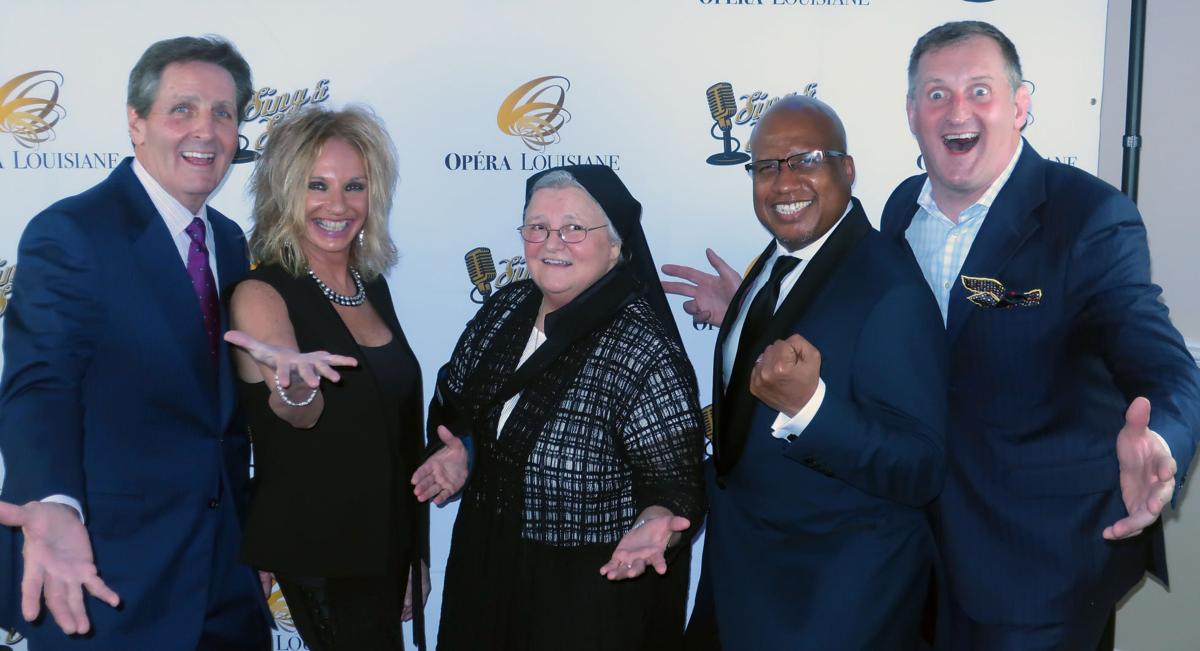 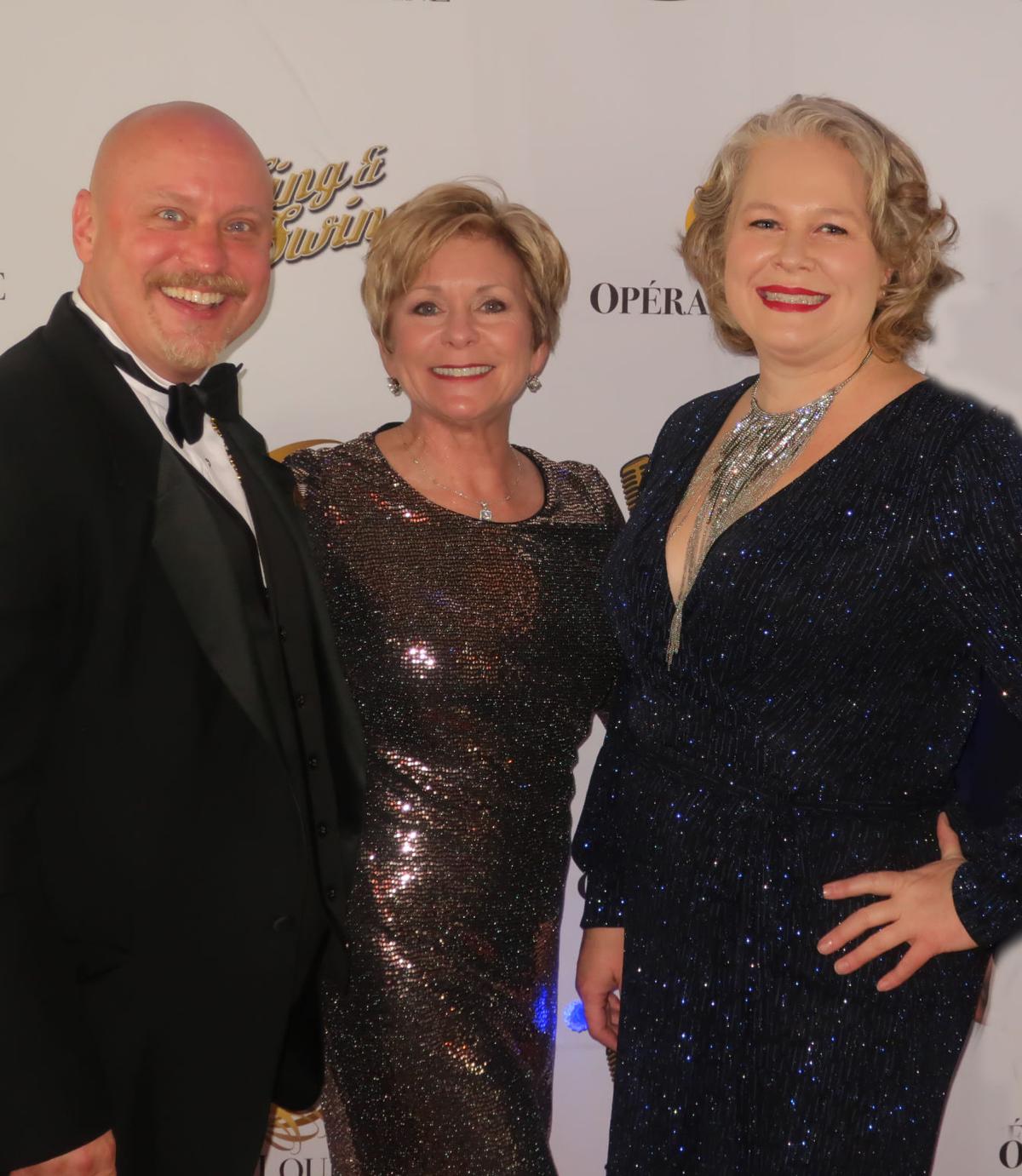 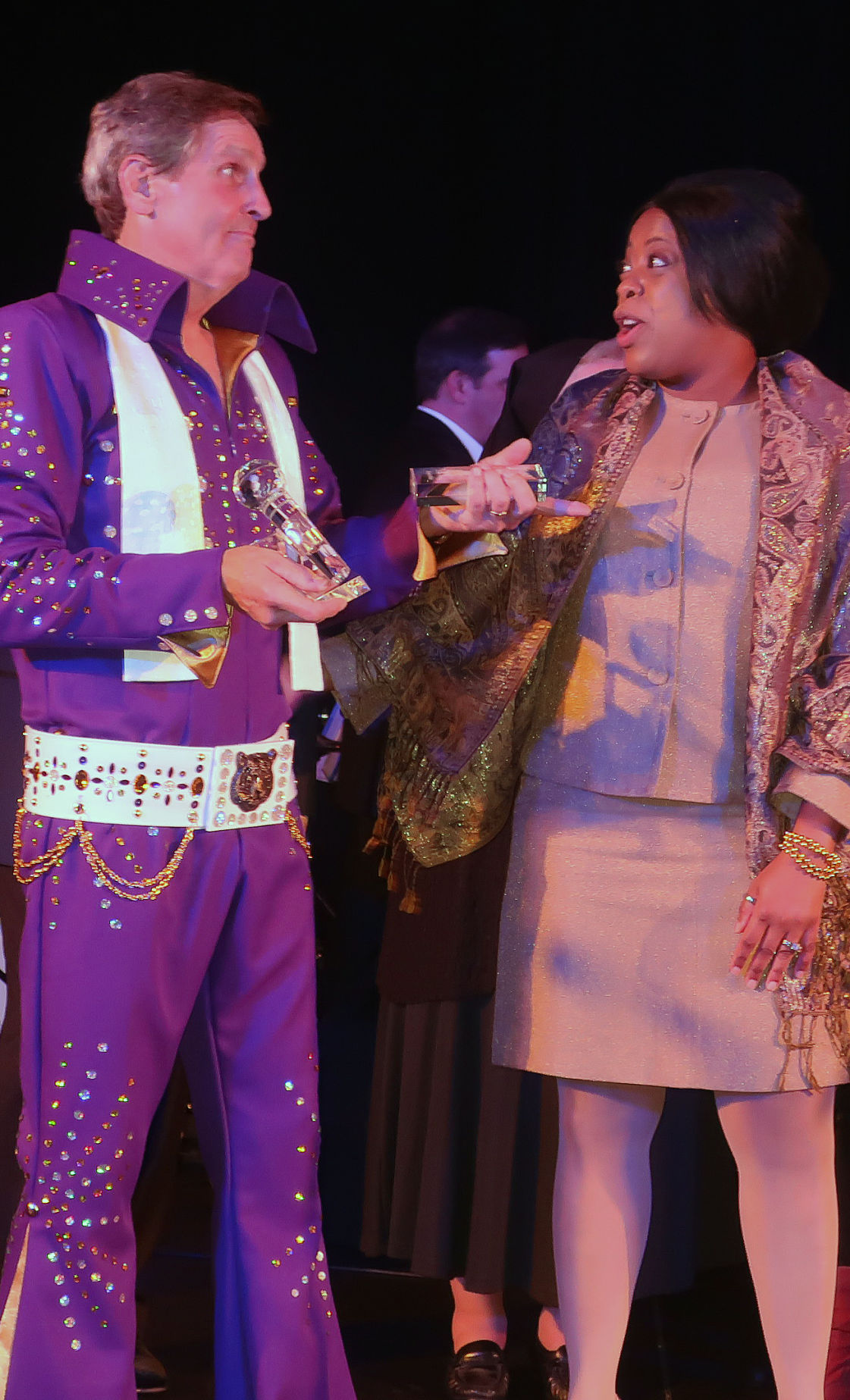 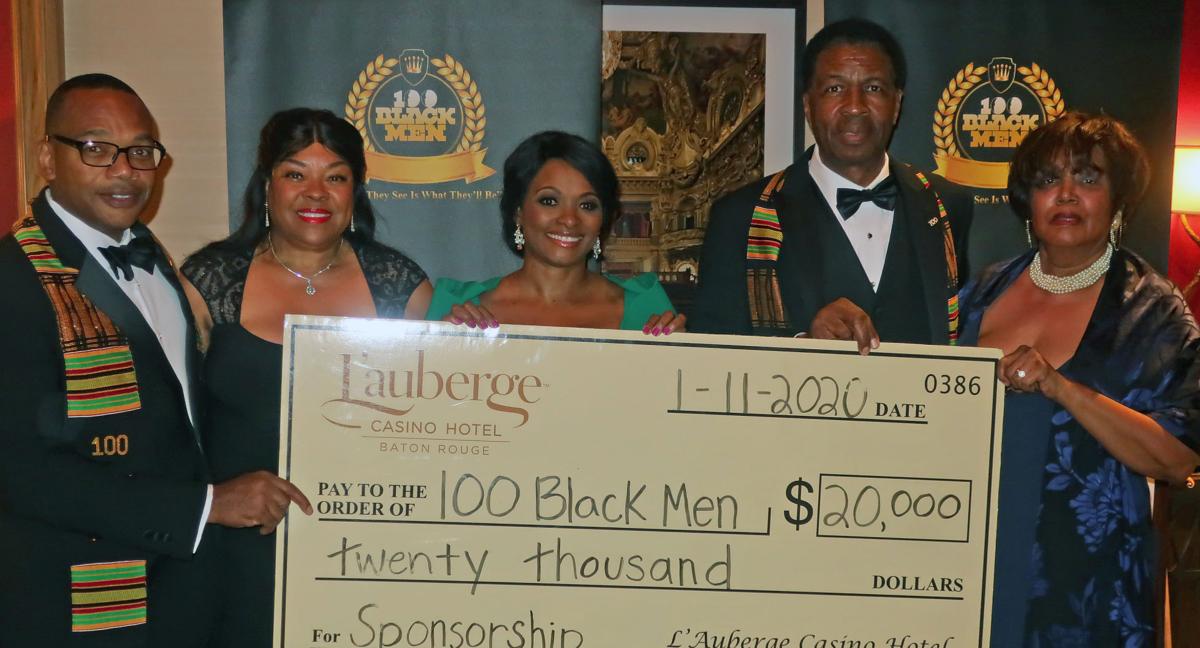 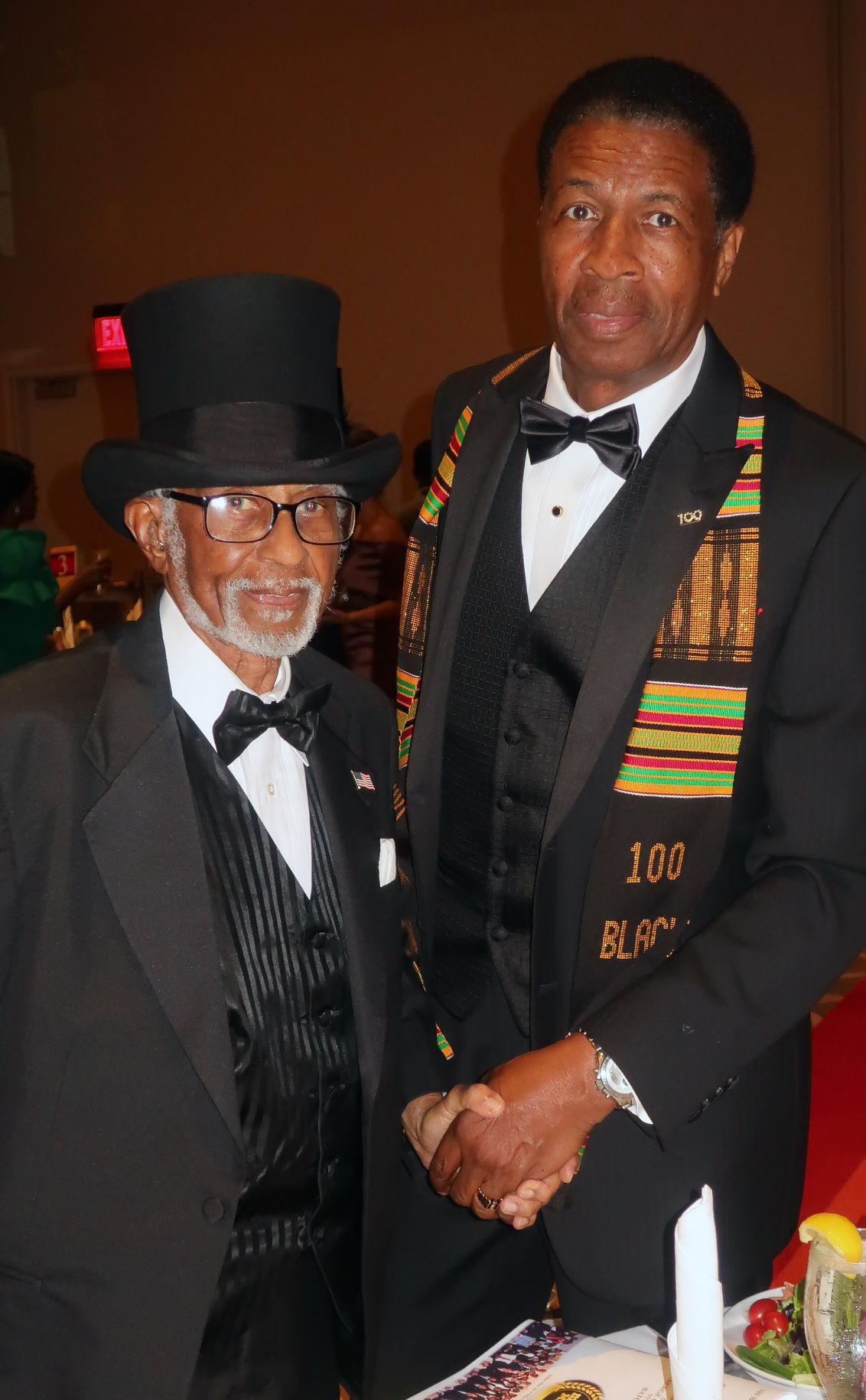 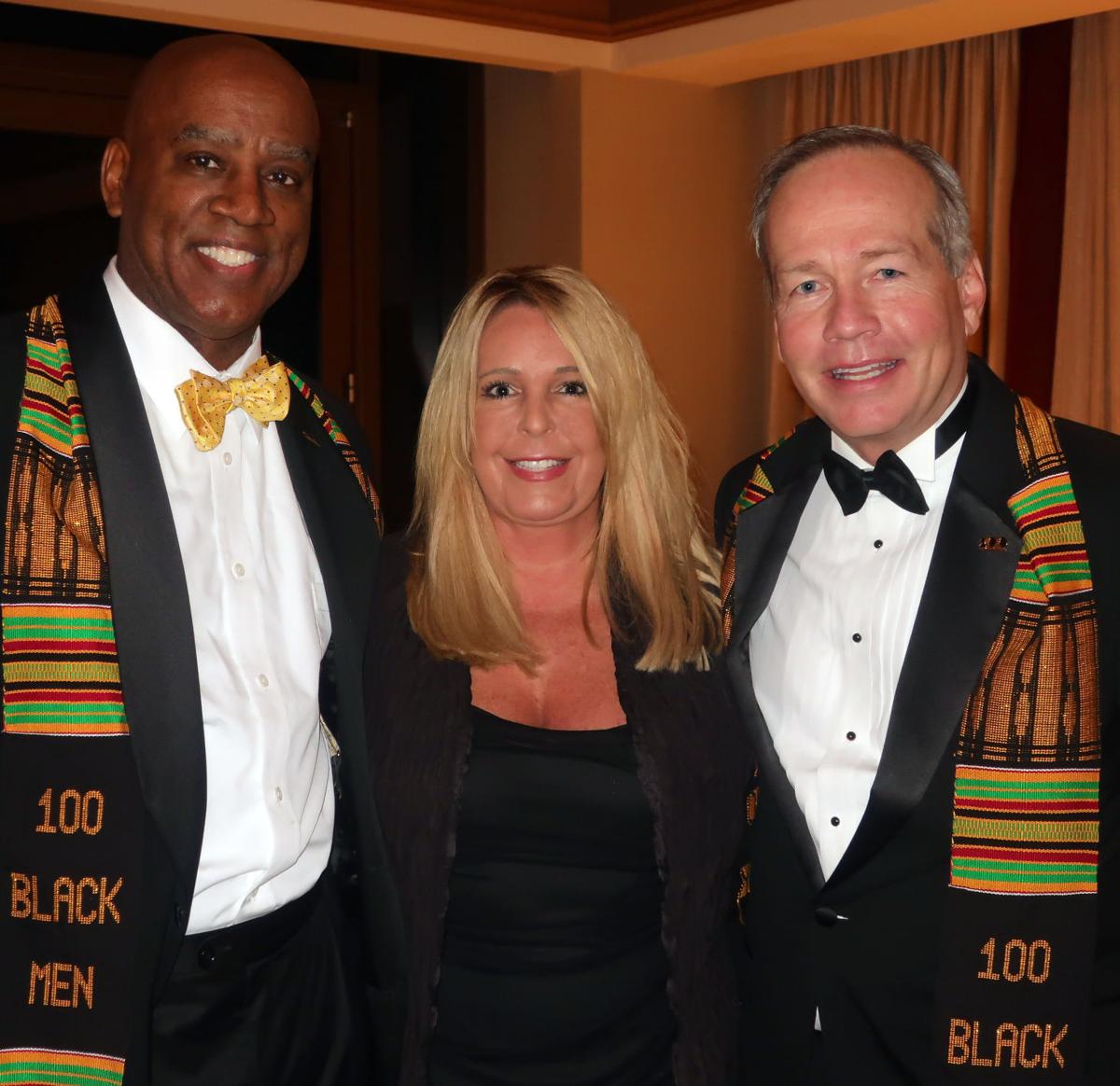 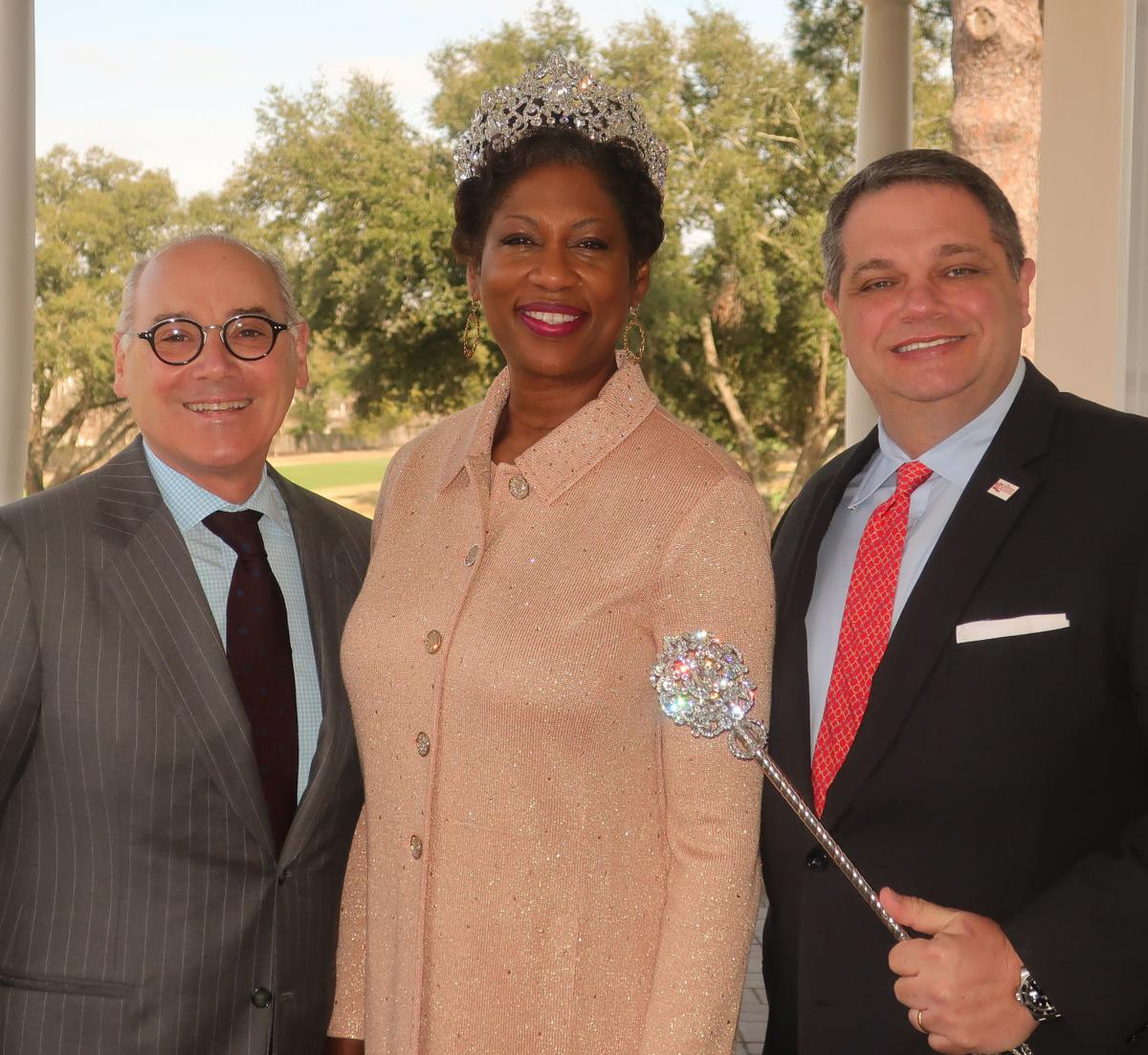 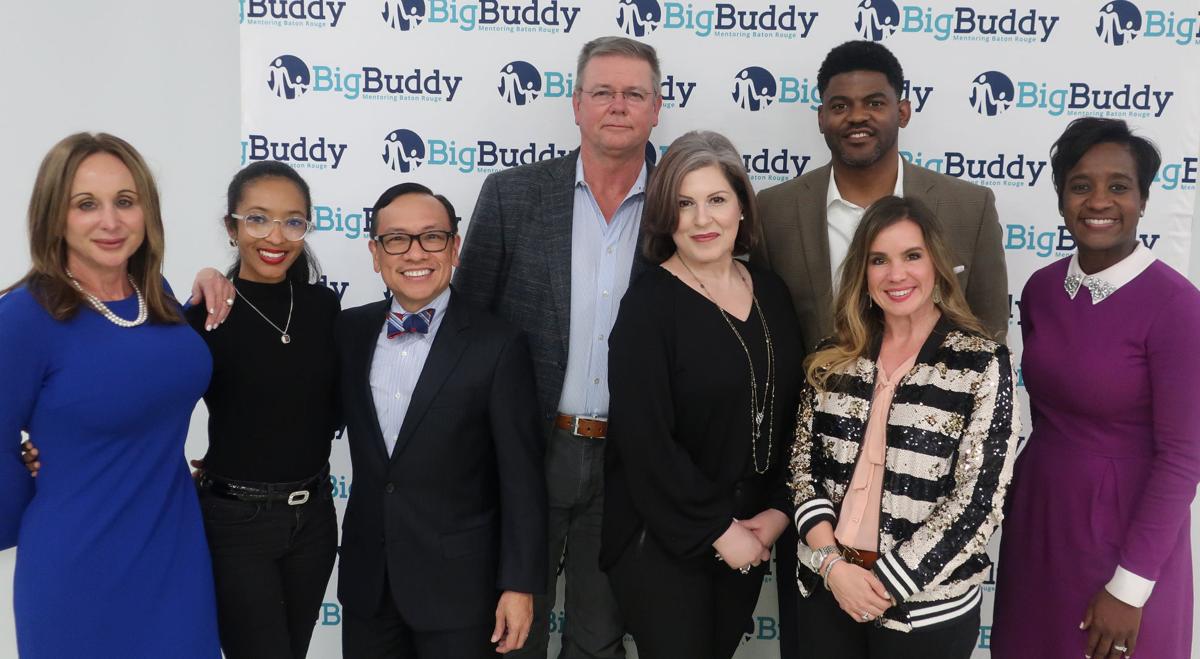 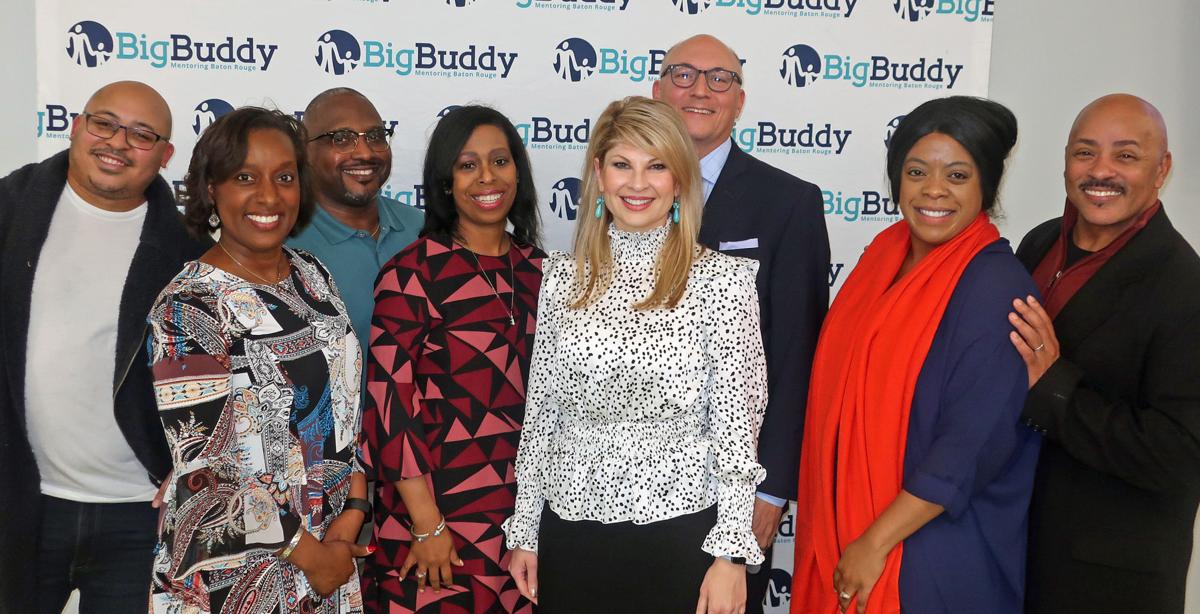 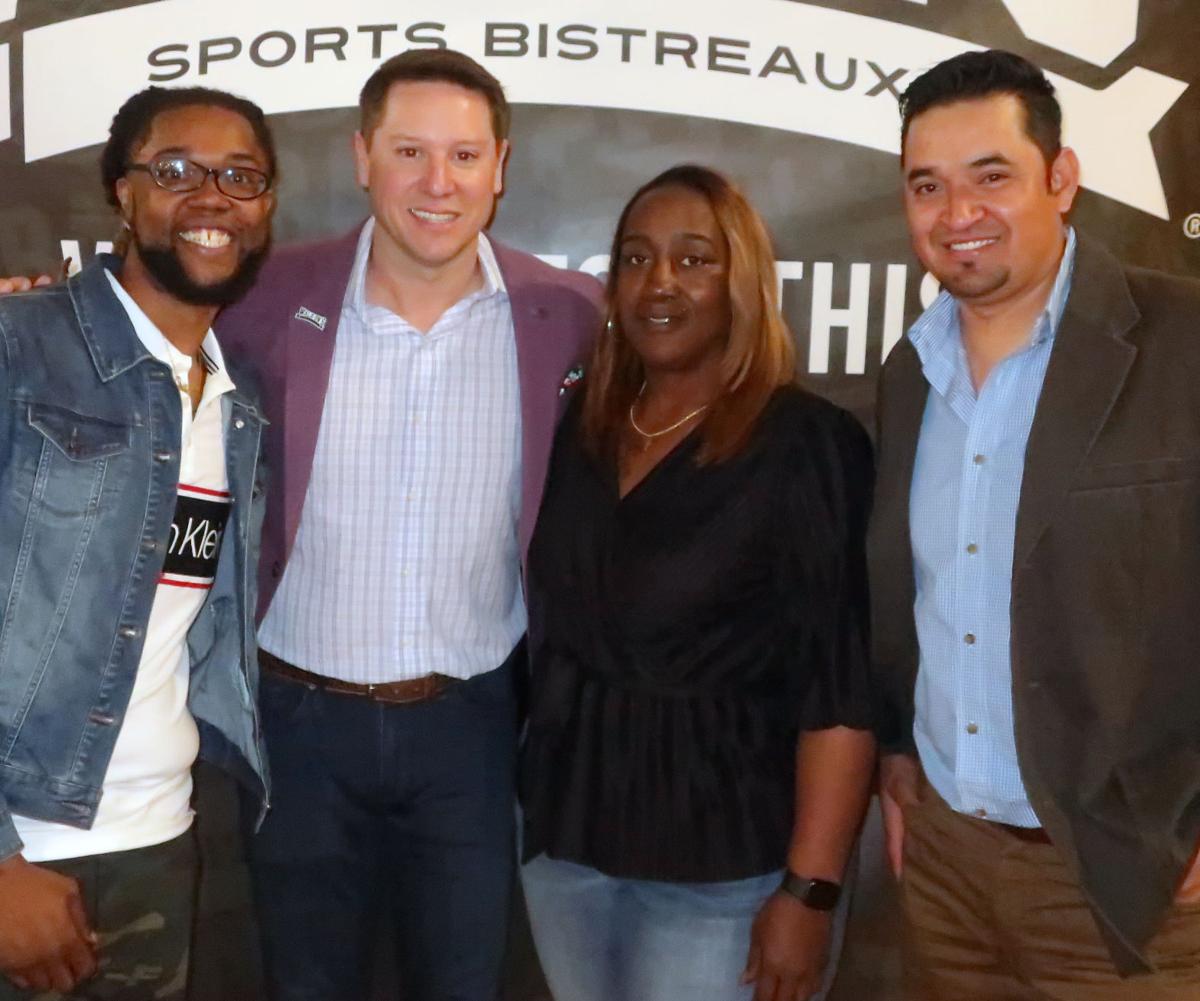 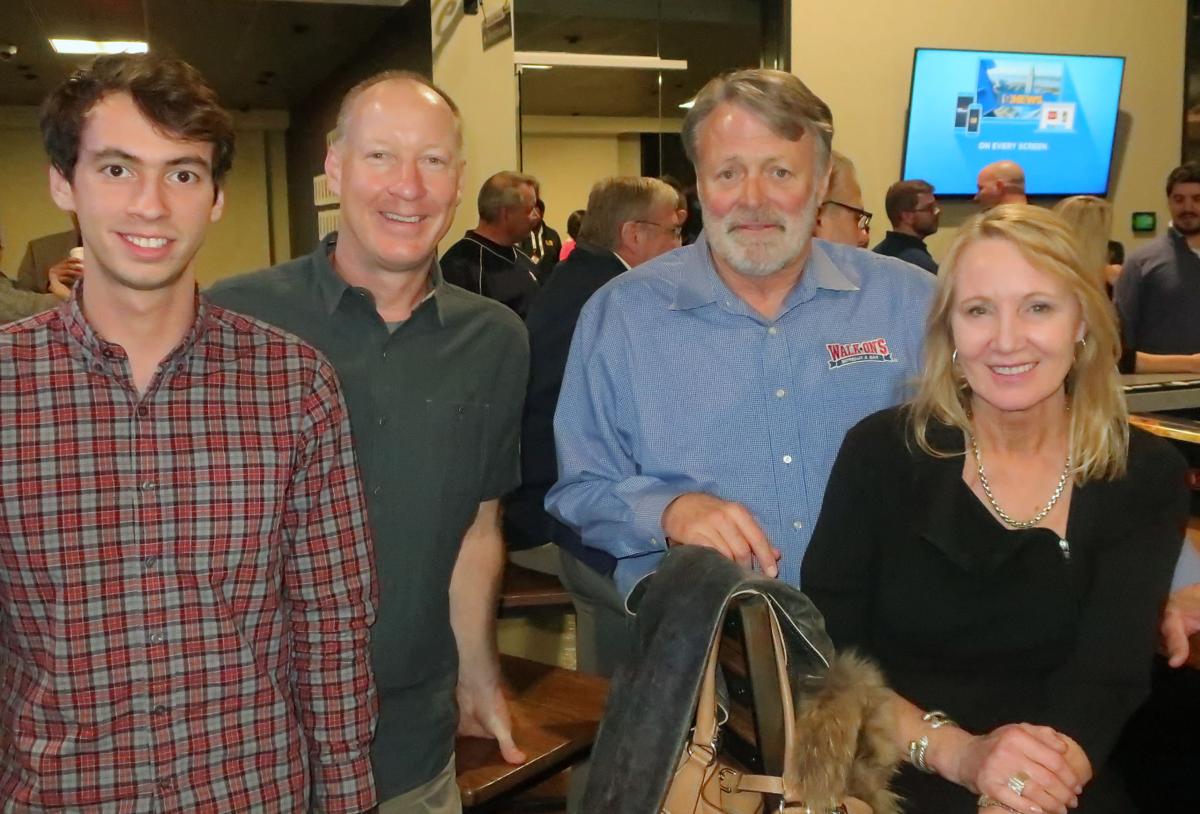 'Undercover Boss' -- At a viewing party for the episode of 'Undercover Boss' starring Walk-On's partners Brandon Landry and Drew Brees are, from left, Jacques and Cliff Comeaux with Bruce and Jan Attinger. 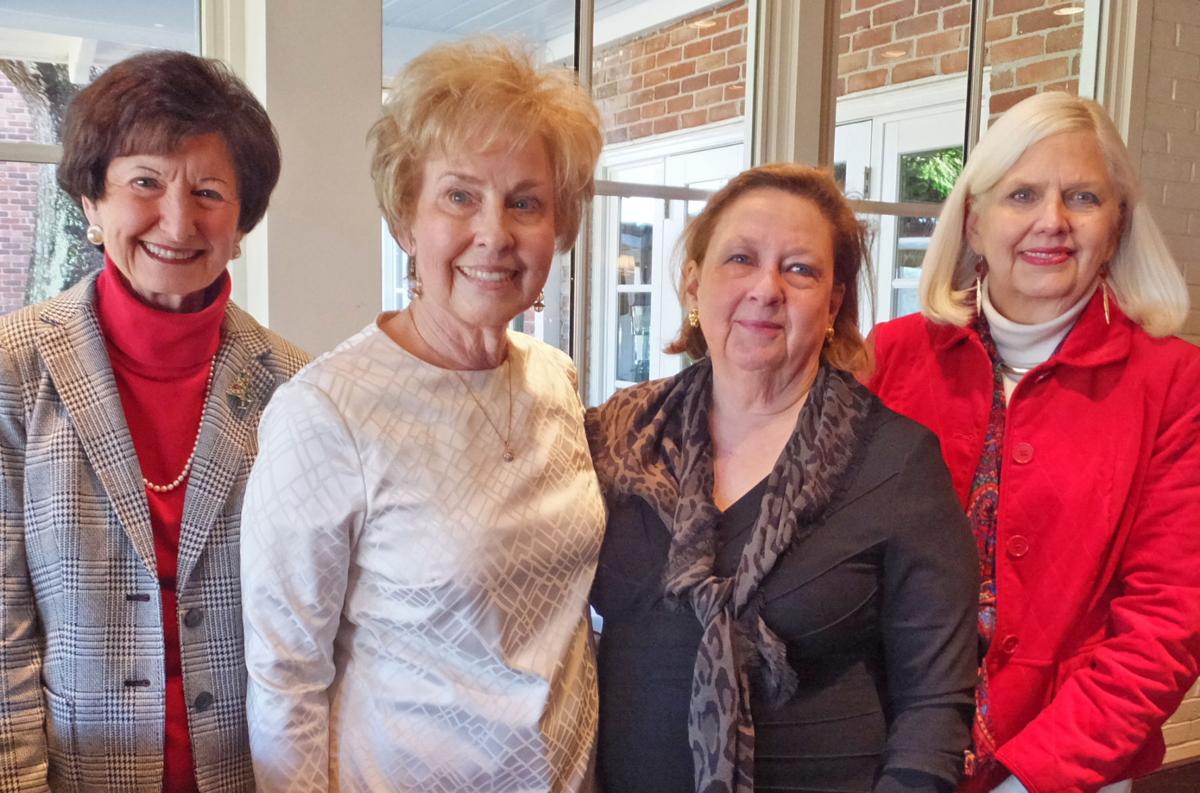 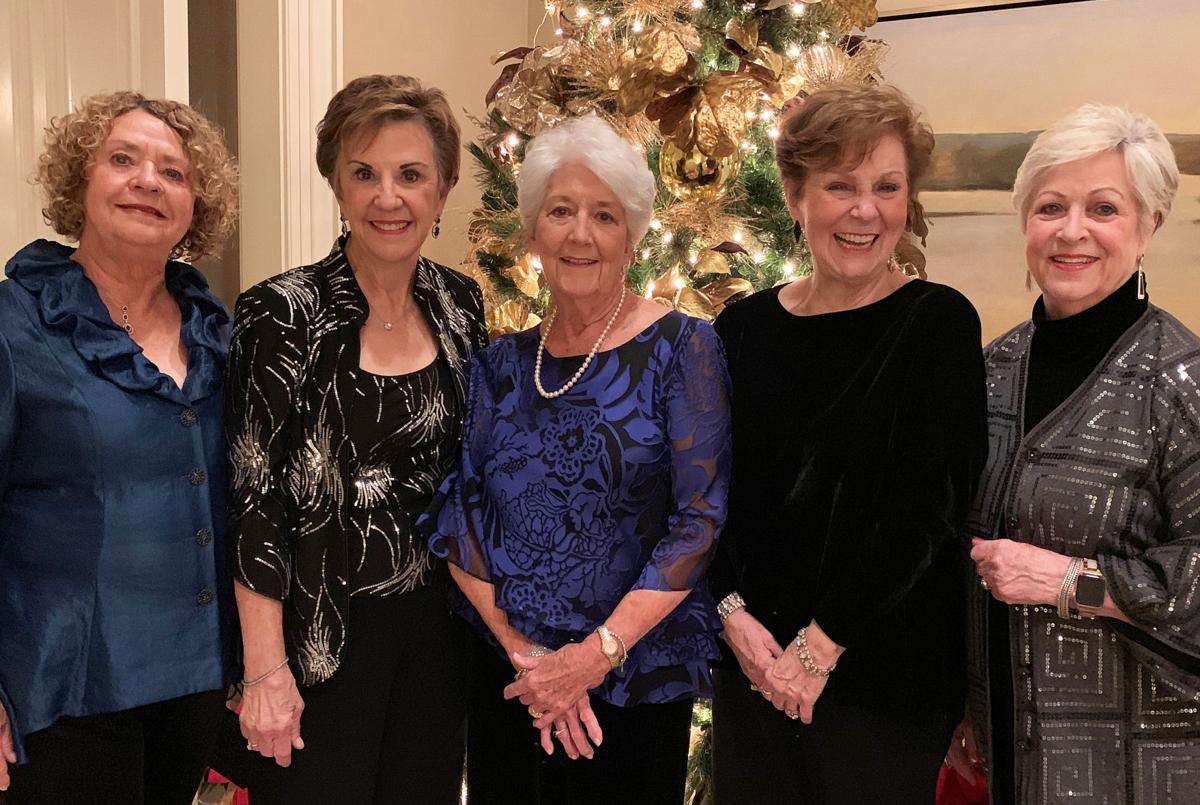 'Undercover Boss' -- At a viewing party for the episode of 'Undercover Boss' starring Walk-On's partners Brandon Landry and Drew Brees are, from left, Jacques and Cliff Comeaux with Bruce and Jan Attinger.

On Jan. 10, Opéra Louisiane held its third annual Sing & Swing Celebrity Karaoke Dance Party at the Crowne Plaza. The competition was stiff, with participants making guests choose between LSU Elvis and the good Lord above.

In the end, Layne McDaniel, decked out in a bedazzled LSU purple Elvis-style jumpsuit with a big white belt featuring a tiger head made by his wife, Jill, came out on top, taking home the crystal microphone and Figaro Award His supporters filled one crystal vase and most of another with voting chips. Layne rocked the ballroom with his rendition of “Don’t Step on My Blue Suede Shoes.” Check it out at theadvocate.com/baton_rouge/entertainment_life/pam_bordelon

Coming in a close second was Pavarotti Award-winner Metro Councilman Matt Watson, who sang us some “Silly Love Songs” with help from event Chairwoman Bettsie Miller. Sister Martha Ann Abshire played the God card as she and her entourage of “sisters” sang the rewritten version of “My Guy” from the hit movie “Sister Act,” earning her the Brunnhilde Award.

Kris Cangelosi also enlisted some backup singers — “Bangelettes” Abby Hamilton and Karen Profita — to help her “Walk Like an Egyptian” and win the Showboat Award.

Rounding out the competition was Carmen Award-winner Rodney Braxton, who got everyone into the groove with his soulful rendition of "Can't Get Next to You."

On Jan. 11, 100 Black Men of Metro Baton Rouge’s hosted its annual Gala Celebration at the L’Auberge Event Center. The night’s highlights included L’Auberge Vice President of Human Resources Kizzy Smith presenting the organization with a check for $20,000 in support of its various mentoring programs, greetings from Mayor-President Sharon Weston Broome, testimonials from one of the youngsters in the mentoring program and President Fred Sibley making 91-year-old veteran civil rights attorney Johnnie A. Jones Sr. an honorary member of The 100.

Another member of The 100 is outgoing LSU Chancellor F. King Alexander, who was accompanied by his wife, Shenette, and Dereck Rovaris, LSU vice provost for diversity.

Krewe President Marilyn Starks welcomed the guests, which numbered more than a hundred. She said the krewe has donated over $3.5 million to Mary Bird Perkins — Our Lady of the Lake Cancer Center in the past 33 years. Starks also introduced this year’s royalty, Queen Rose Hudson and King Peter Sclafani, as well as ball Captain John D’Angelo, who led everyone in saying grace.

The young women were presented with decorated second-line umbrellas to use at the Feb. 7 ball, and got to open lots of gifts from each other as well as the king, queen and ball captain. In turn, the debs, as a group, presented gifts to the royal couple and D’Angelo.

The Big Buddy Program announced its Dancing for Big Buddy Star dancers and introduced them to their professional partners at a Jan. 9 reception at Cox Communications. They don’t take the stage at the LSU Pete Maravich Assembly Center for the 14th annual show until May 2, but the smack talk has already begun. If this is any indication, we’re all in for a fabulous performance.

Star dancer James "Big Brown" Joseph, a former Harlem Globetrotter who is now a UPS driver, joked that he wouldn't deliver Amazon packages if all the women didn't vote for him. His professional partner is Shamira Cummings-Arita.

Walk-On’s manager Dustin Loveless is determined to “take down” co-worker Scott Taylor, last year’s Male Audience Favorite. This could get interesting since he’s dancing with Jerisse Grantham, who danced with Scott last year.

“You better be ready,” quipped Dr. Gunjuan Raina as she was introduced to her professional partner Avery Tate. BREC Superintendent Corey Wilson is paired with Claire Broyles, and their daughters, who both take dance, are good friends. He confessed he’s looking to his daughter for some tips.

It was a busy week for Walk-Ons' Loveless and Taylor, who spent the night of Jan. 6 welcoming guests to the restaurant's headquarters for a viewing party for the season premiere of CBS' “Undercover Boss” starring the restaurant chain’s co-founder, Brandon Landry, and its newest partner, Saints quarterback Drew Brees. The two were given some pretty convincing makeovers to work side by side with their employees, Anderson Brown and Jessica Comeaux, and a shrimp vendor, Jacob Perez, from Biloxi, Mississippi. All three were on hand for the celebration.

“This was a very humbling experience for me and for Drew,” Landry told his guests.