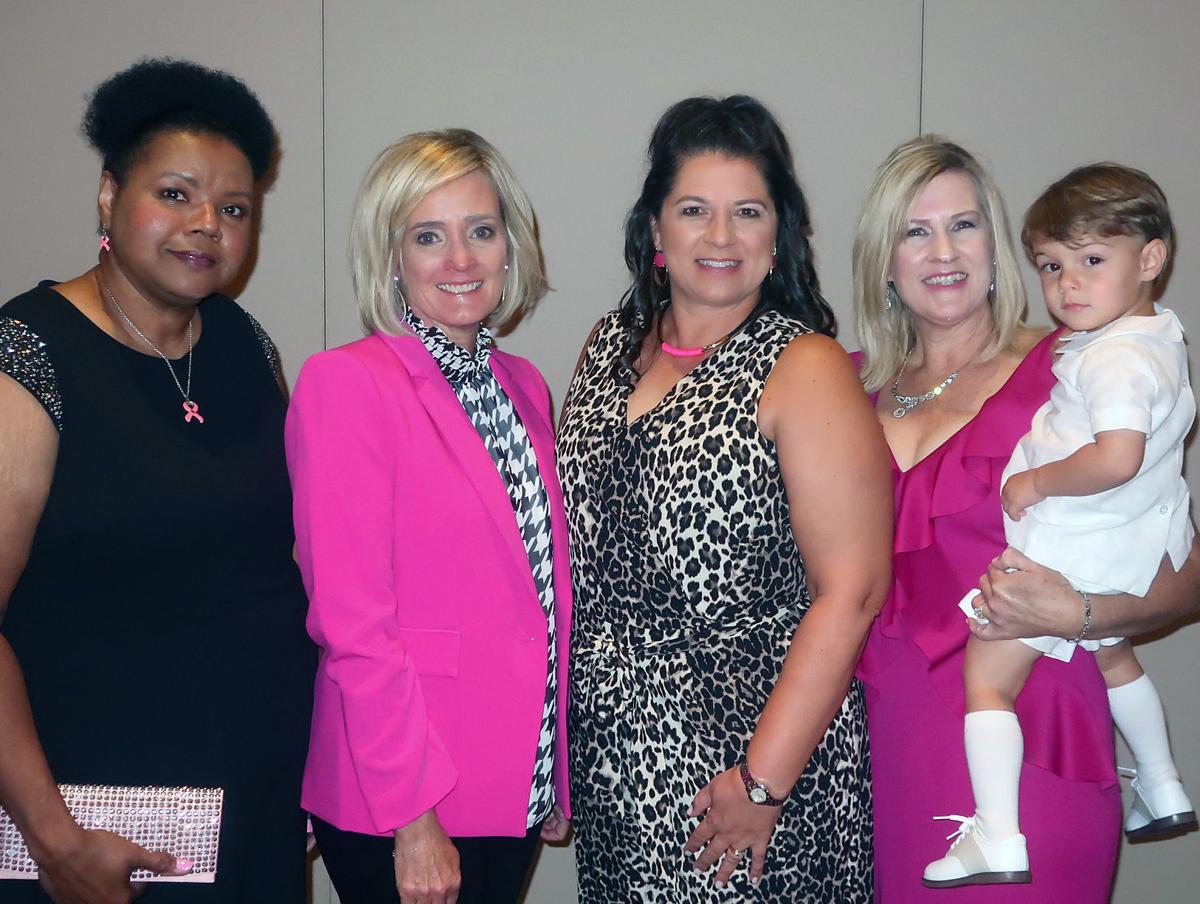 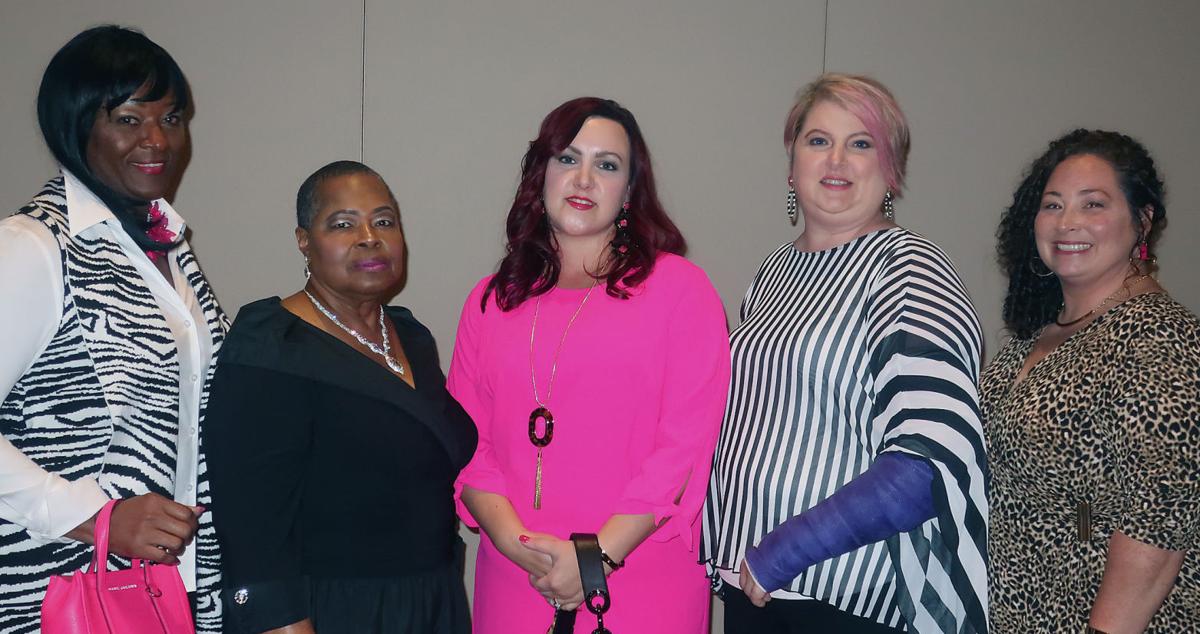 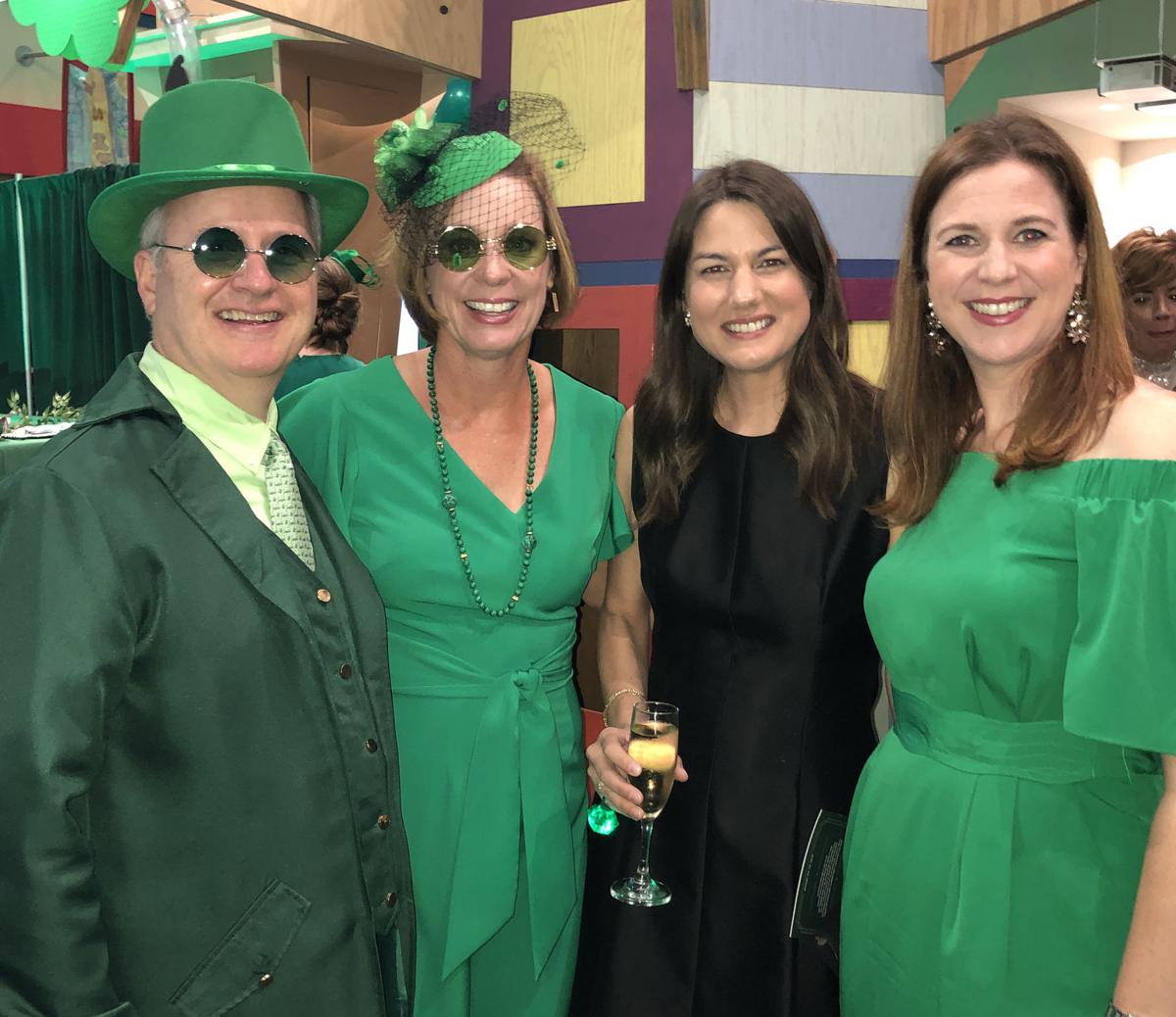 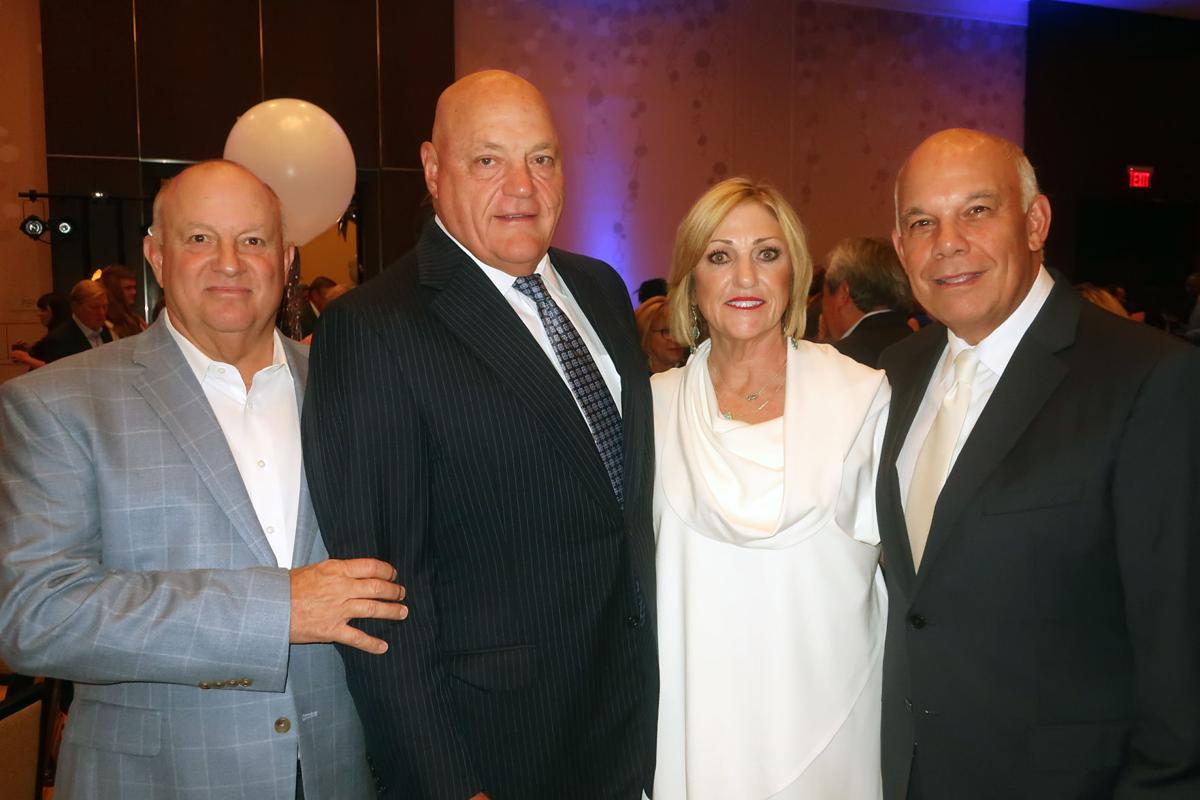 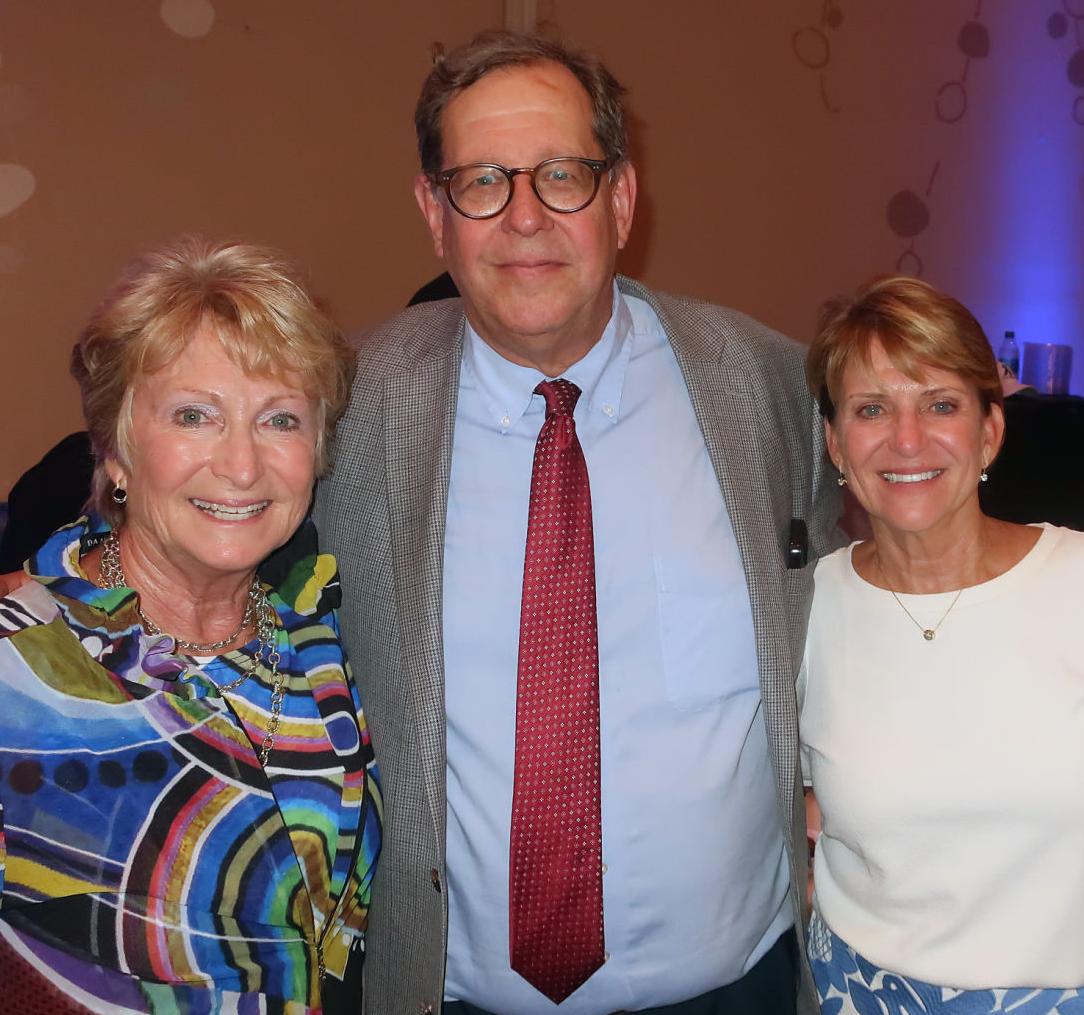 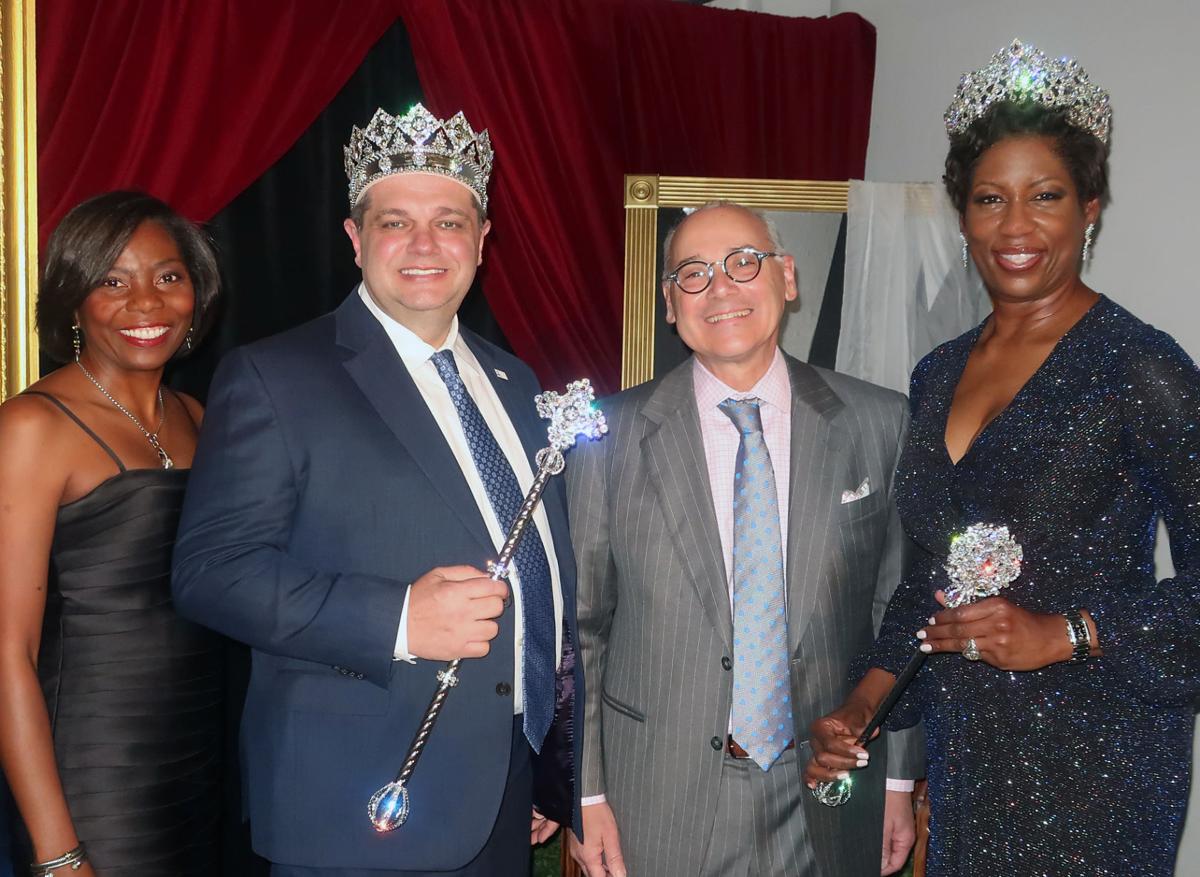 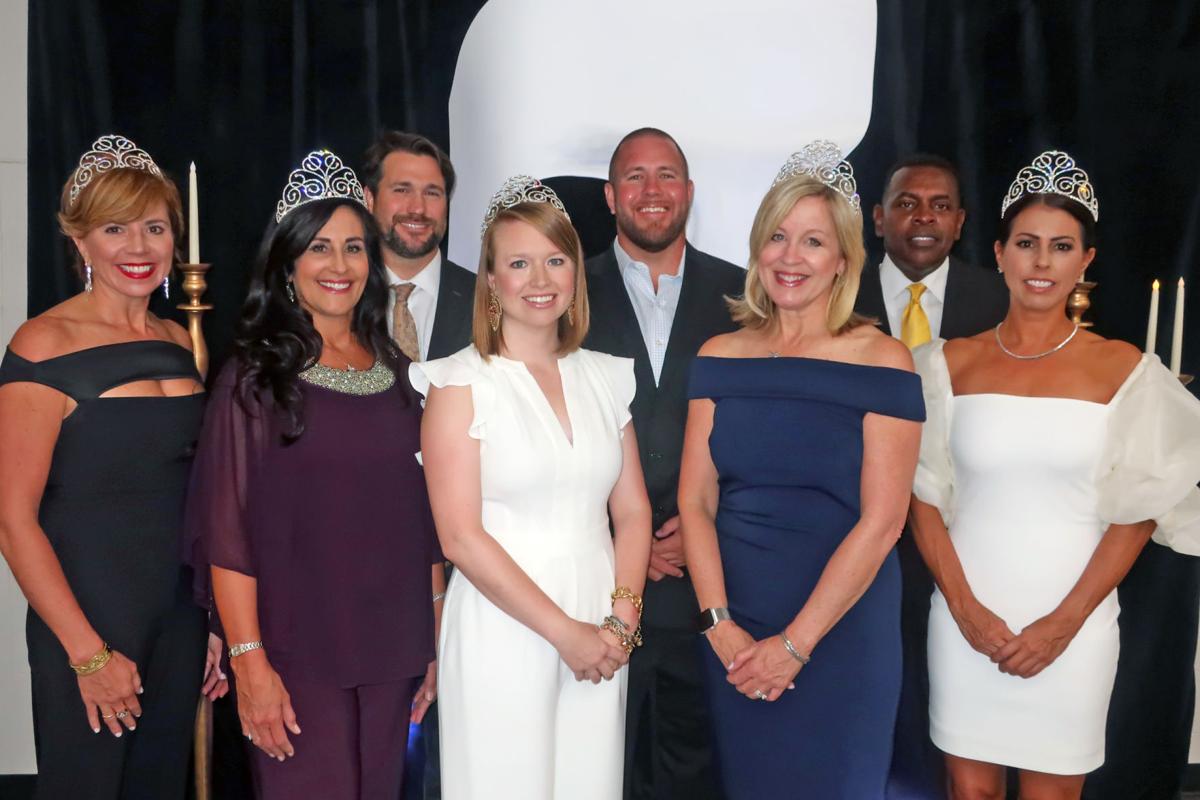 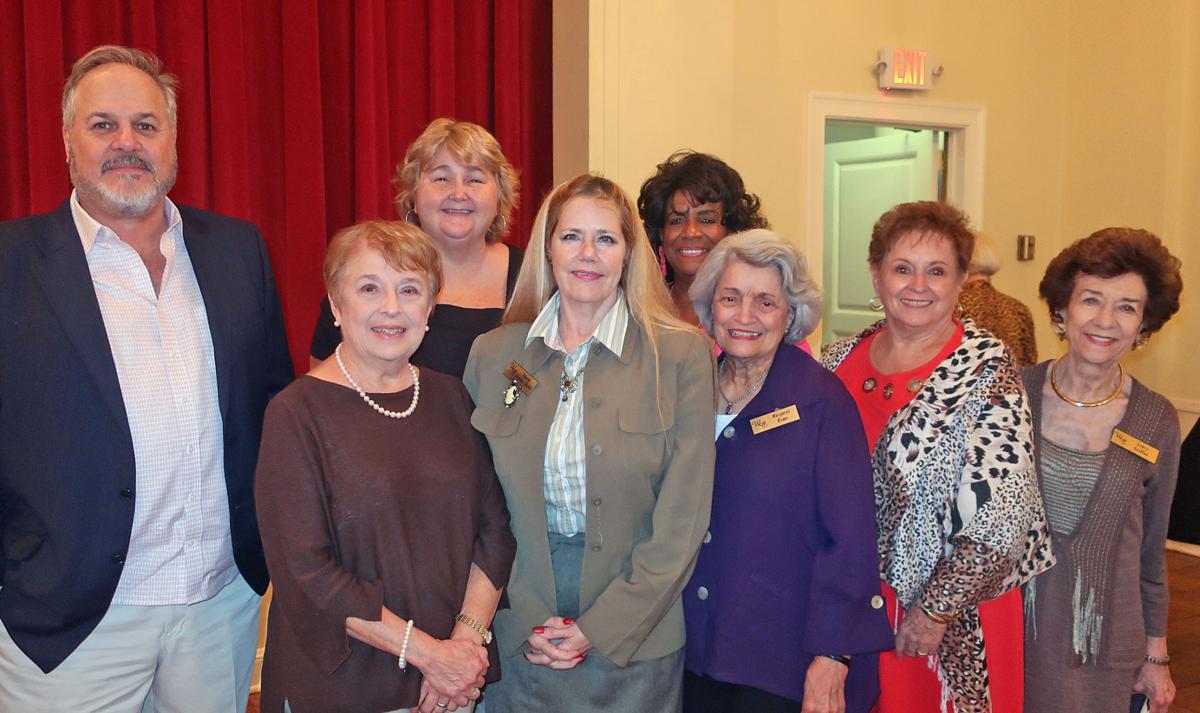 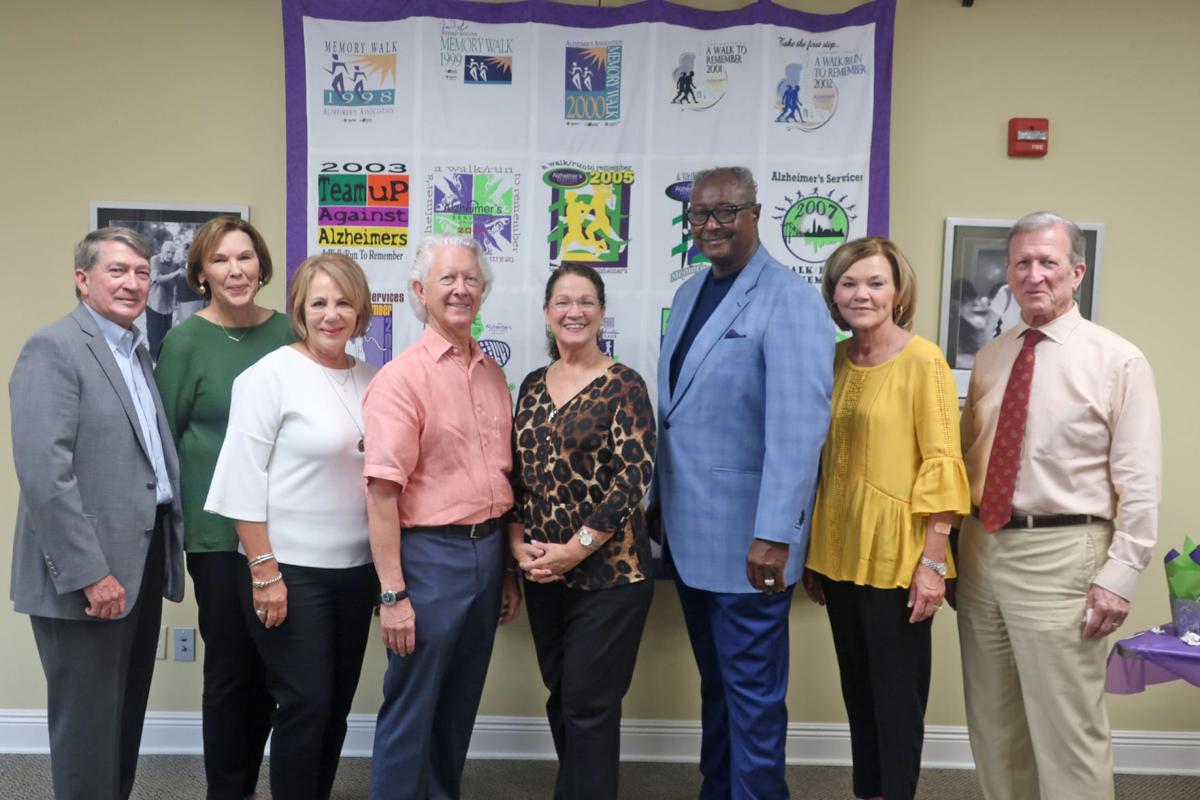 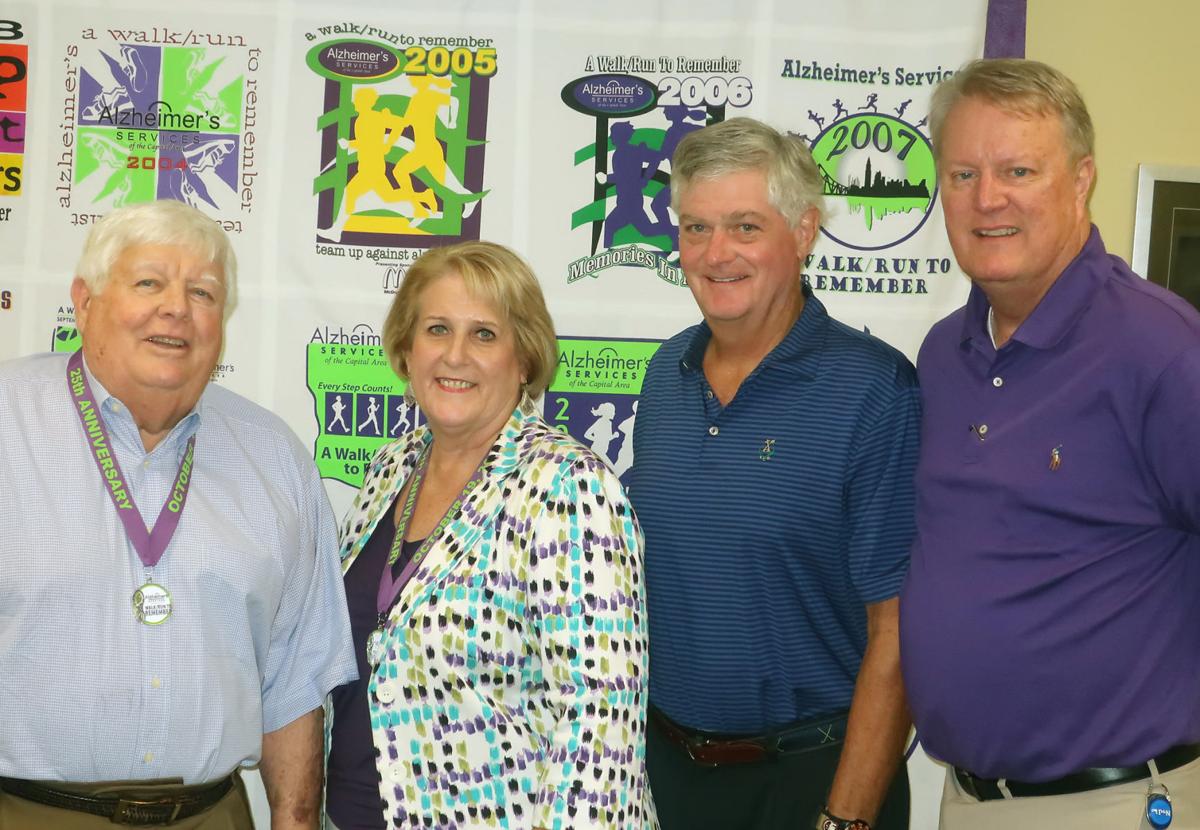 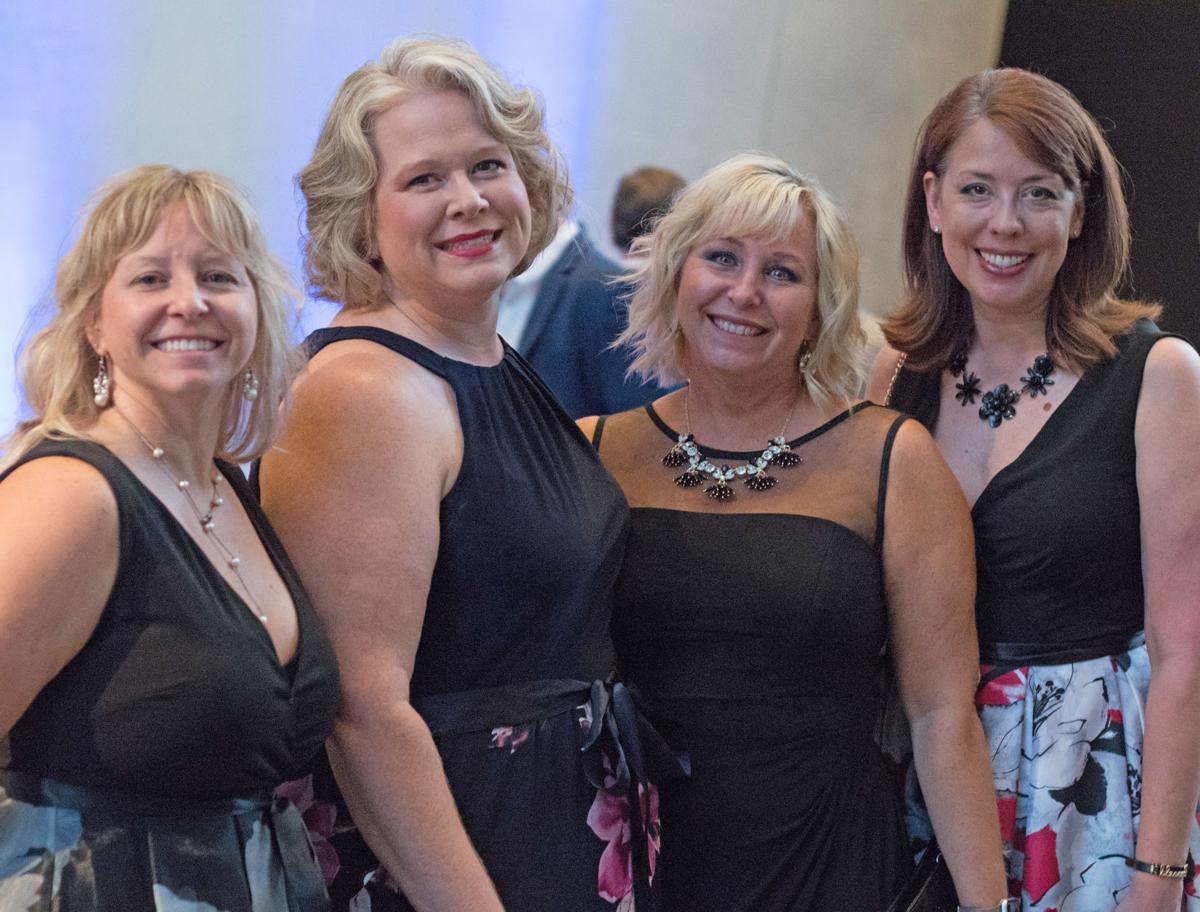 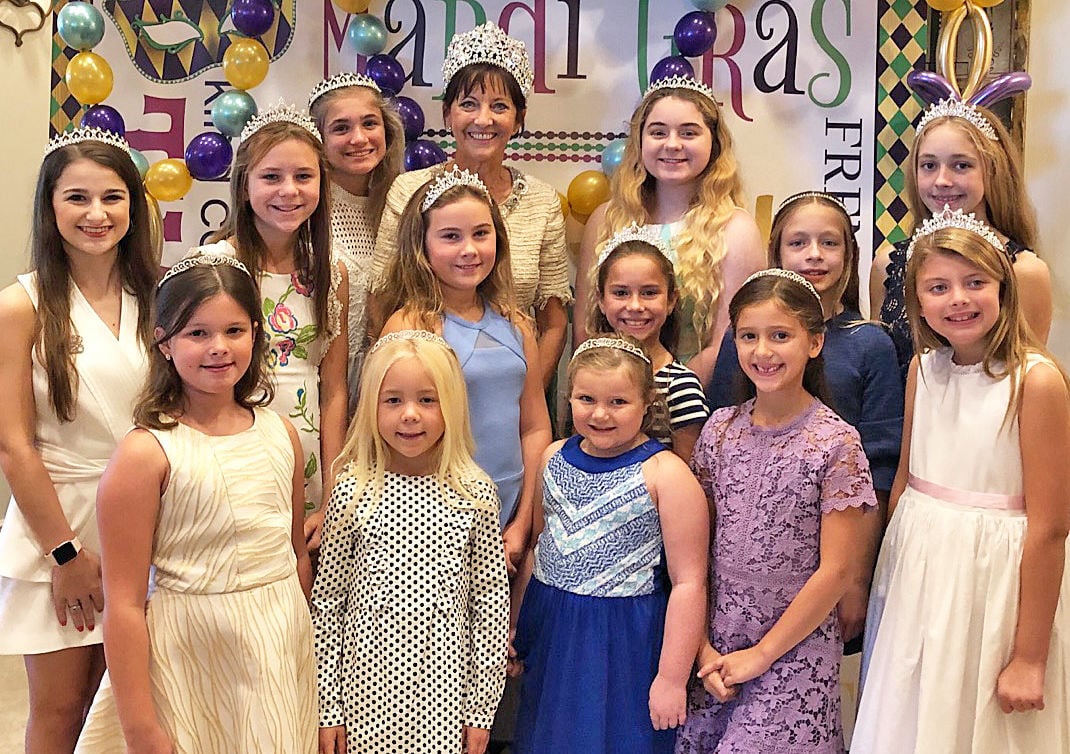 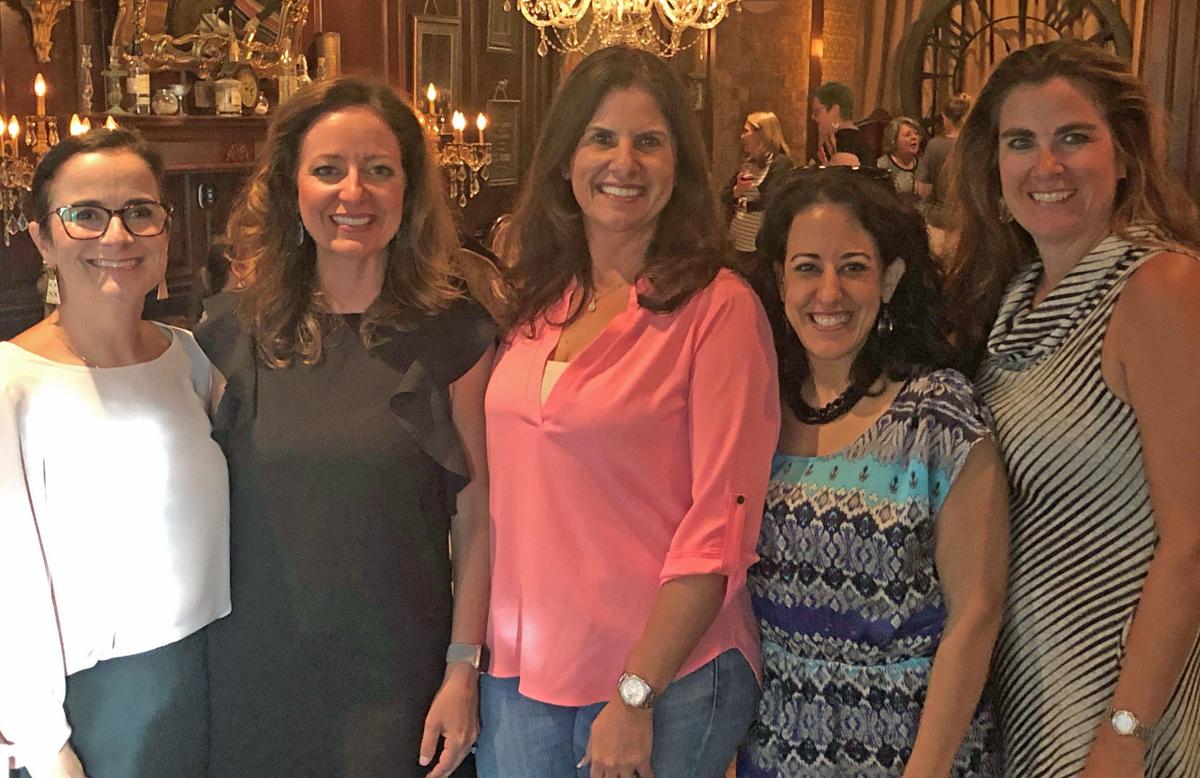 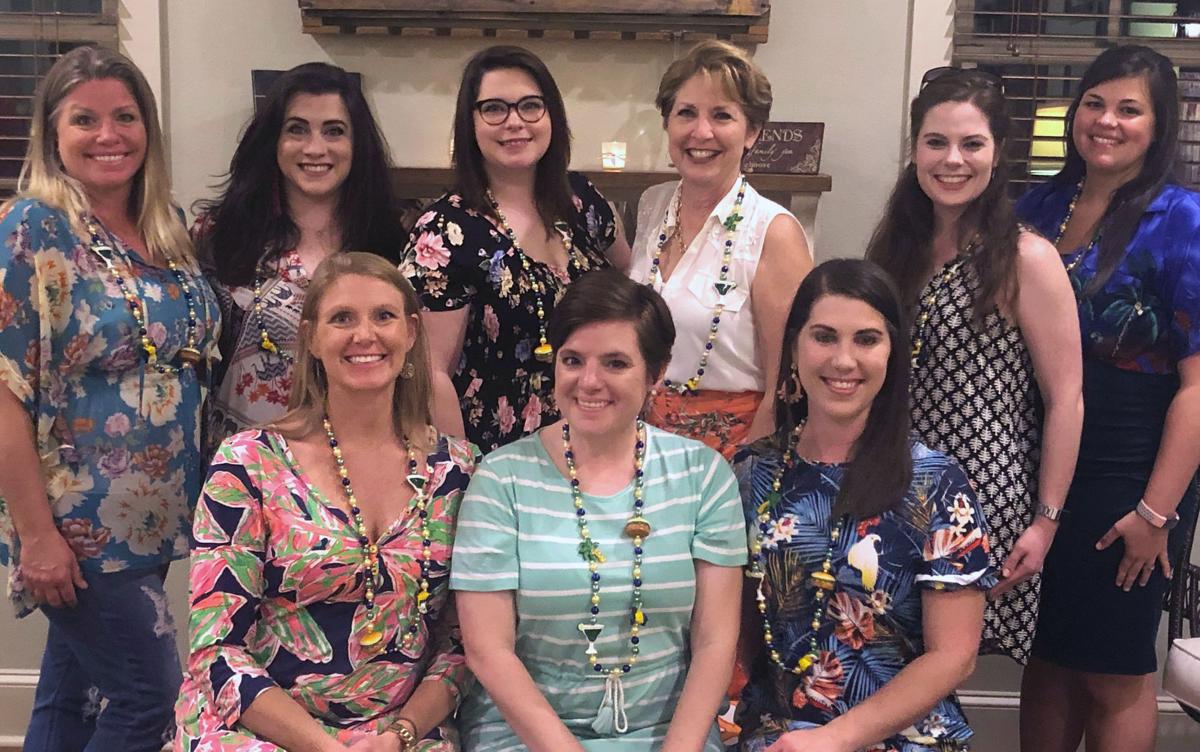 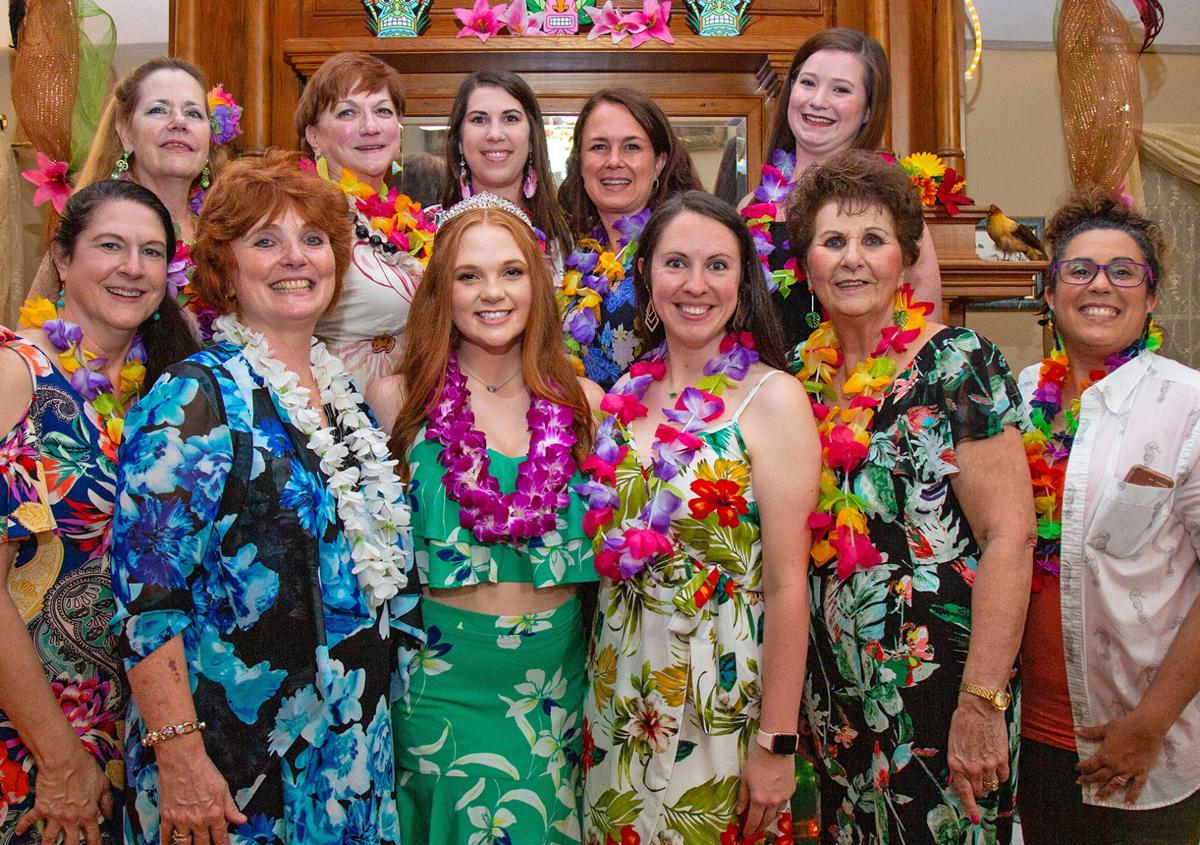 Sometimes a week just seems to have a theme. And the first week in October was all about color — and we're not talking about fall leaves. Thursday gave us the blues; Friday was all about yellow and green, and Sunday had us in the pink.

They weren’t the only survivors in the spotlight, though. Rixie Thompson, a two-time survivor — in 1984 and again in 2007 — shared her story and how the experience shaped her life. After telling God she didn’t want to live anymore while undergoing chemo and radiation the first time, Thompson said, she discovered He had other plans that led her to get her doctorate in theology. She went on to found the ministries Coaching in Pink Shoes, Prayer in Pajamas and Live@5, her Facebook outreach that takes place every Sunday at 5 p.m.

“Nobody knows the hell you go through,” she told the models. “The courage it takes to walk down that aisle today except for another survivor.”

But Thompson said she doesn’t like the word survivor, preferring to call herself and her fellow survivors conquerors.

Luncheongoers also heard from Dr. Julie Cupp, a breast surgery specialist who three years ago established the Willis-Knighton Breast Health & Surgical Specialist Center in Shreveport; and Angee Nolan, CEO of Komen Louisiana, which was formed the end of 2018 in a merger of chapters in Shreveport, Monroe, Lafayette and Baton Rouge.

At the second annual Storybook Soirée on Oct. 4 at the Knock Knock Children’s Museum, guests were invited to "Follow the Yellow Brick Road …" to the land of munchkins, witches and wizards. There’s nothing more fun than reconnecting with some of your favorite childhood memories, and this year it was Dorothy, Scarecrow, the Tin Man, Cowardly Lion, Glenda the Good Witch and the Wicked Witch of the West.

Organizers of the ninth annual Blue Ribbon Soirée are closing in on the $1 million mark in money raised for prostate cancer research and awareness. One of the event’s founders, Ricky Lato, proudly shared that information with guests at the Oct. 3 gala at the Renaissance. He and his wife, Kathy, and Janey Nasca fully expect to cross that threshold at next year’s 10th anniversary soirée.

They began the event in memory of Larry Ferachi and Joel Nasca, who both lost their battles with prostate cancer. It was their participation in clinical trials that led them to Dr. Oliver Sartor, a world-renowned prostate cancer expert and the only medical oncologist in the state that specializes in advanced prostate cancer.

The bulk of funds raised at the soirée go to help support his research at the Tulane Cancer Center in collaboration with Xavier University, LSU Health Services Center and Ochsner Health System in New Orleans.

Earlier on Oct. 3, I swung by Gerry Lane Cadillac for Karnival Krewe de Louisiane’s Coronation Social, the highlight of which was the crowning of this year’s royalty — Queen Rose Hudson and King Peter Sclafani. They will reign over the krewe’s Mardi Gras Ball, “Phantom,” on Feb. 7 at the Raising Cane’s River Center.

The social doubles as a fundraiser and among the items up for bids in the live auction was a private, five-course dinner for 12 prepared by the king, who’s day job is chef at Phil’s Oyster Bar. Fox44’s Chad Sabadie served as auctioneer.

Oct. 3 began at the Woman’s Club coffee, its first of the 2019-2020 social season. The speaker was Boyd Robert with the Louisiana Regenerative Medicine Center, who talked about how the center uses a person’s own stem cells to reduce inflammation and repair damaged tissue, alleviating the need for procedures such as knee replacements and other types of osteoarthritis. Clay artist Terri Kennedy was the morning’s cameo artist.

What follows coffee? Lunch, of course, and on Oct. 3, it was at Alzheimer’s Services where they were celebrating the 25th anniversary of the Walk/Run to Remember, which takes place Oct. 19. The guest list included all of the walk's former honorary chairmen, and this year’s, which are the three Charlies of Charlie’s Place, Alzheimer’s Services activity and respite center. Those three very special gentleman are Charlie Lamar, Charlie Valluzzo and the late Charlie Spera, who is being represented by mom Mary Spera.

Executive Director Barbara Auten said she was originally hired as the event’s coordinator on a part-time basis, working 20 hours a week, a schedule that didn’t last very long. A quilt she made from the walk’s T-shirts now hangs in the community room at Alzheimer’s Services.

Charlie Lamar was at that first walk in 1995 and recalled that there were 70 participants. More than 5,000 are expected for this year’s event, and that’s a very good thing because, as Auten pointed out, the baby boomers are fast becoming senior citizens and everyday 10,000 of them develop Alzheimer’s.

Sign up for the Walk/Run to Remember at alzbr.org/walkrun-to-remember.