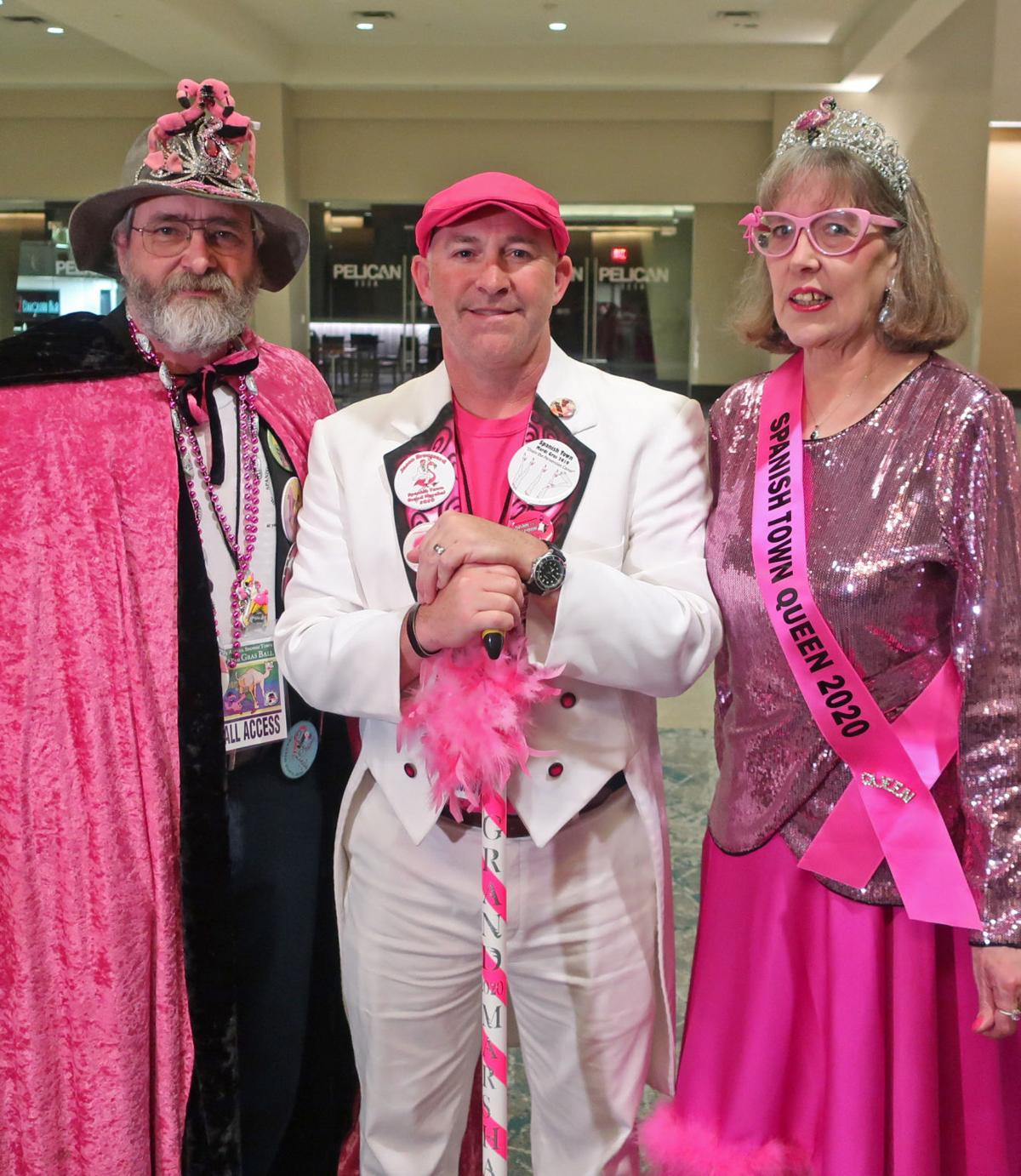 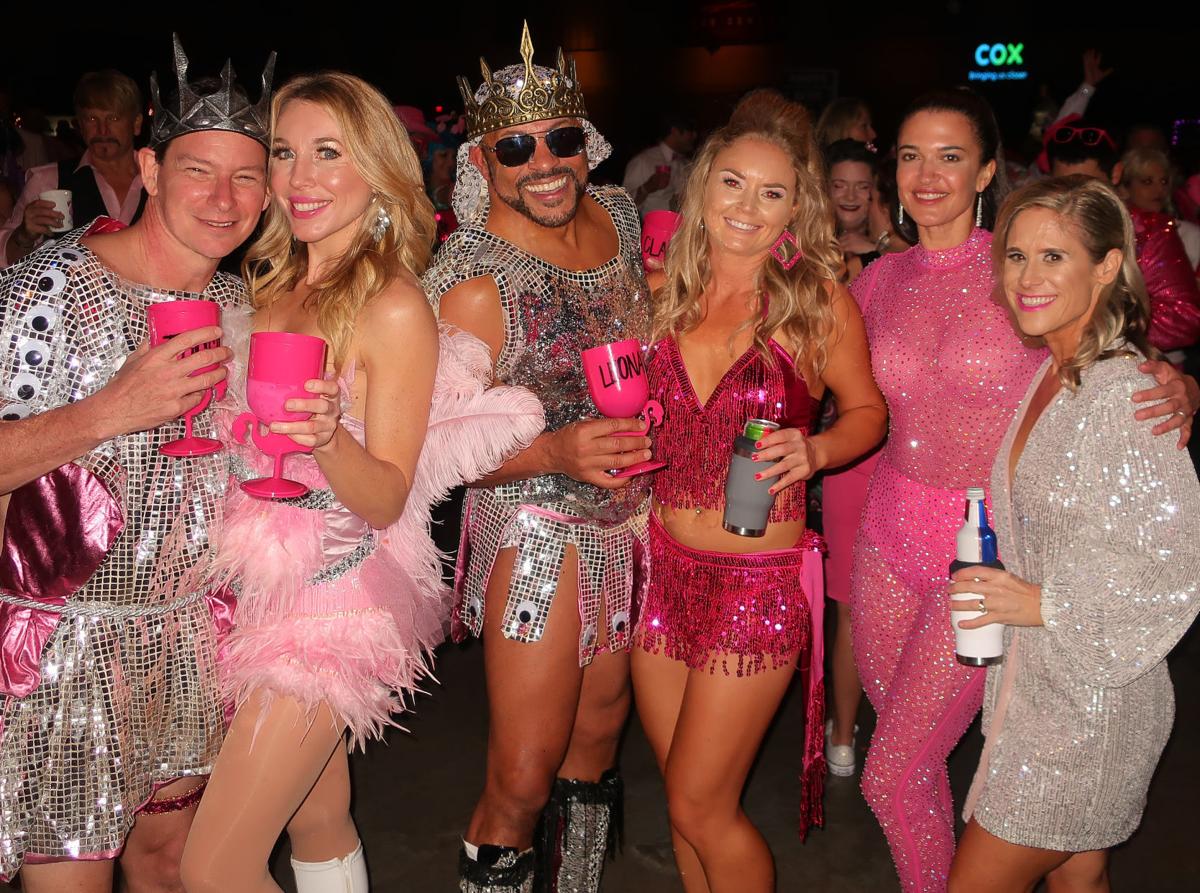 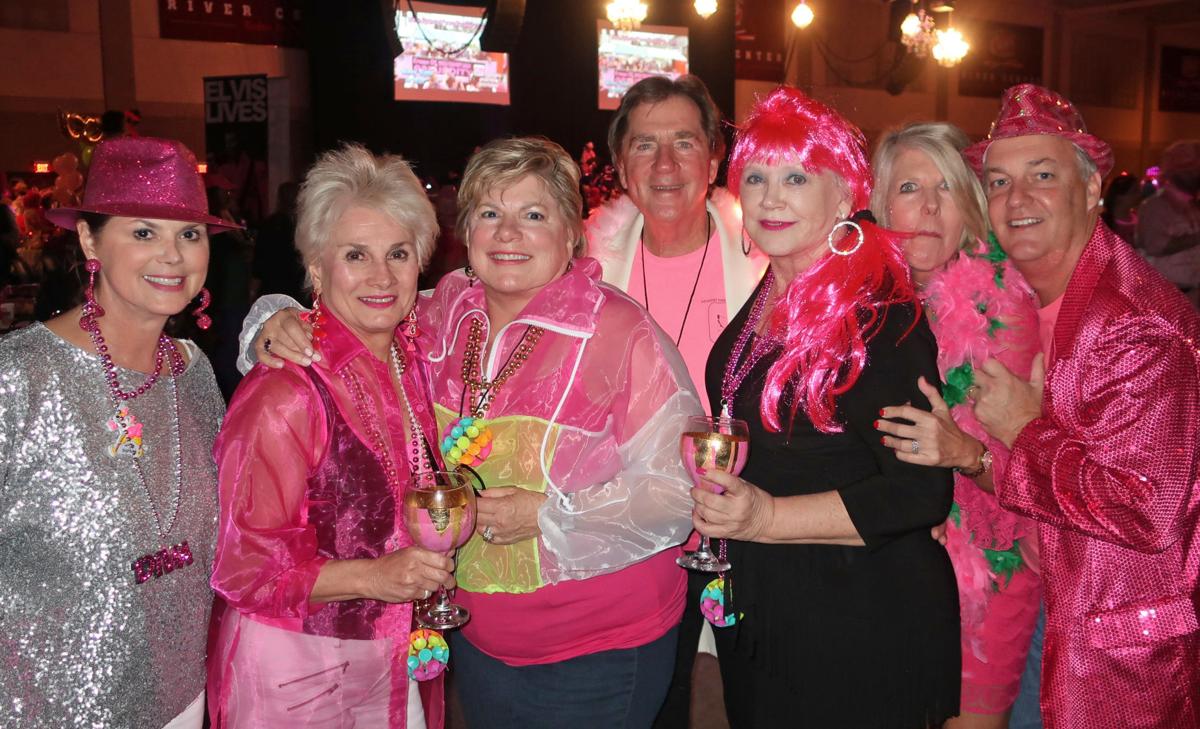 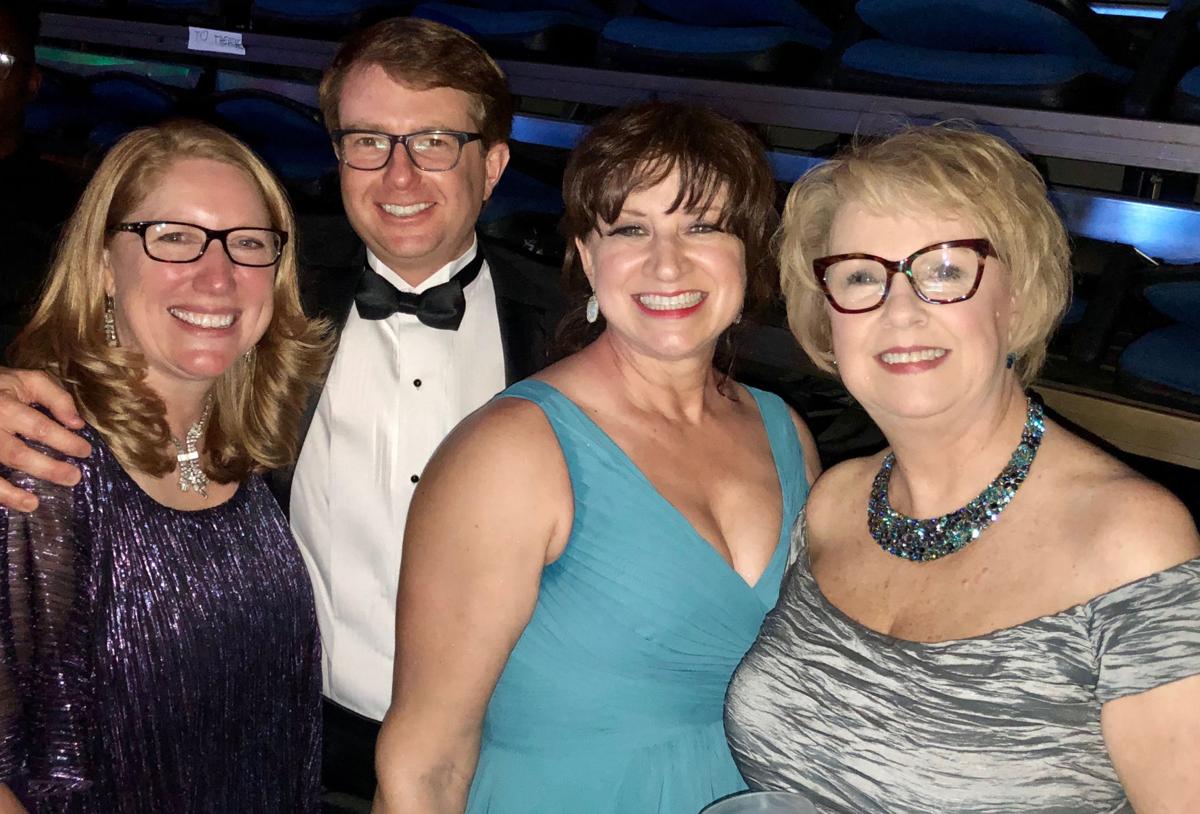 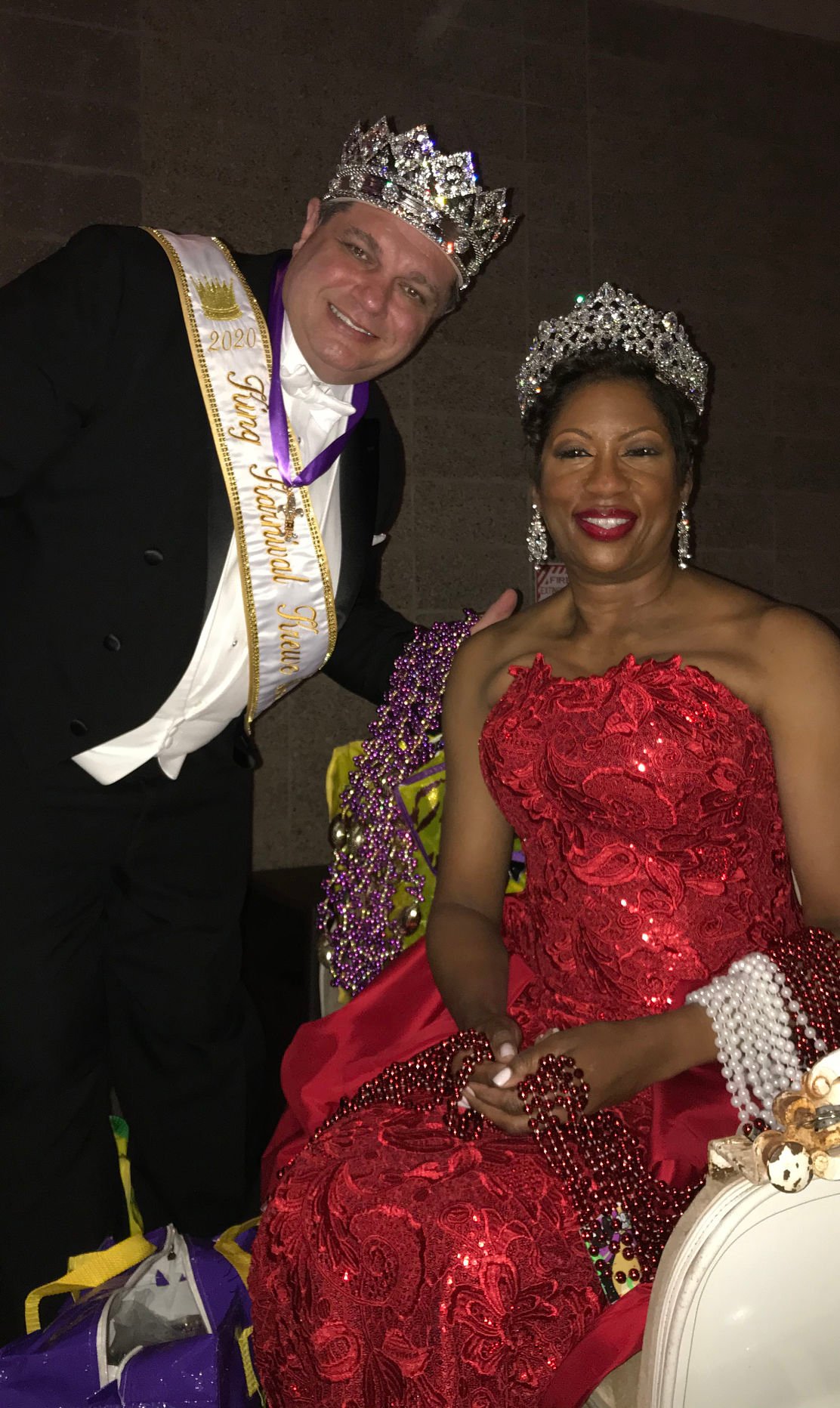 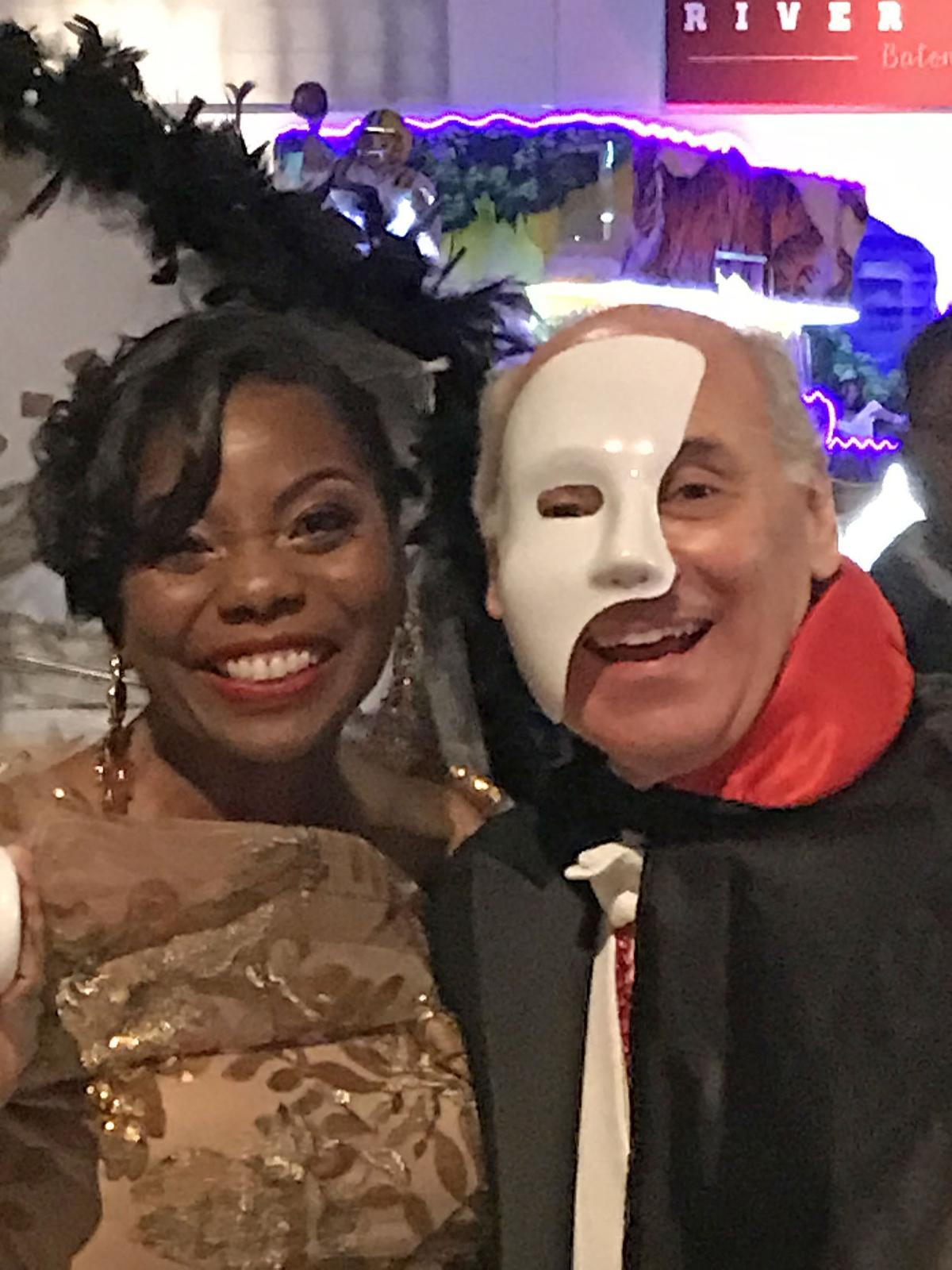 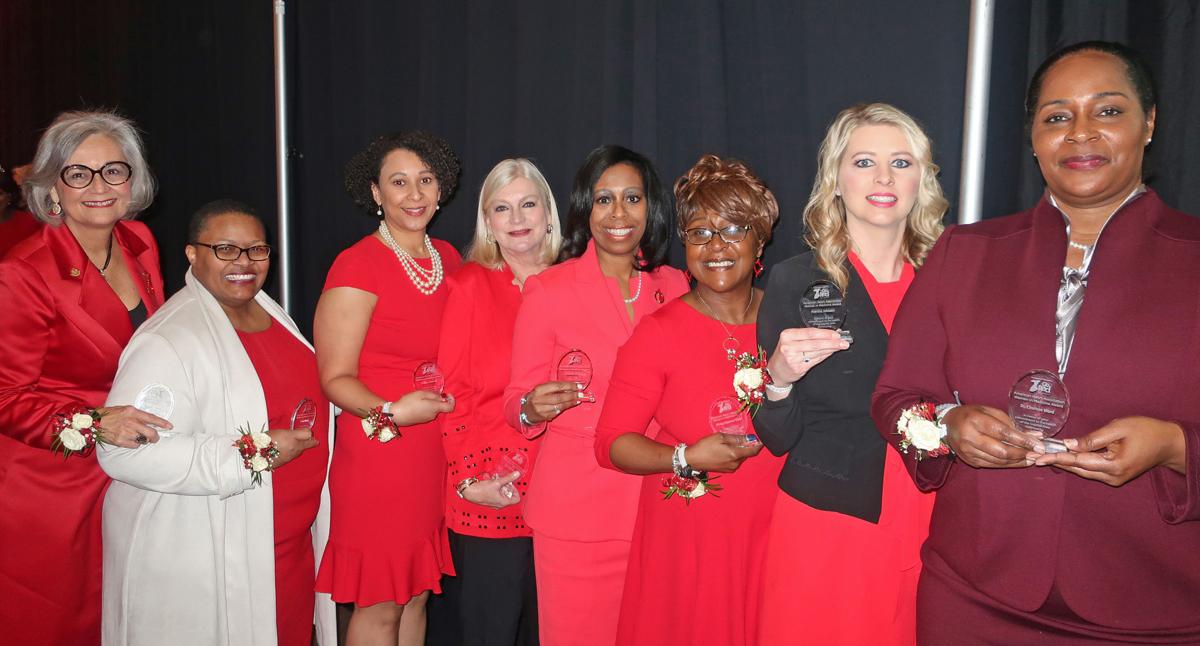 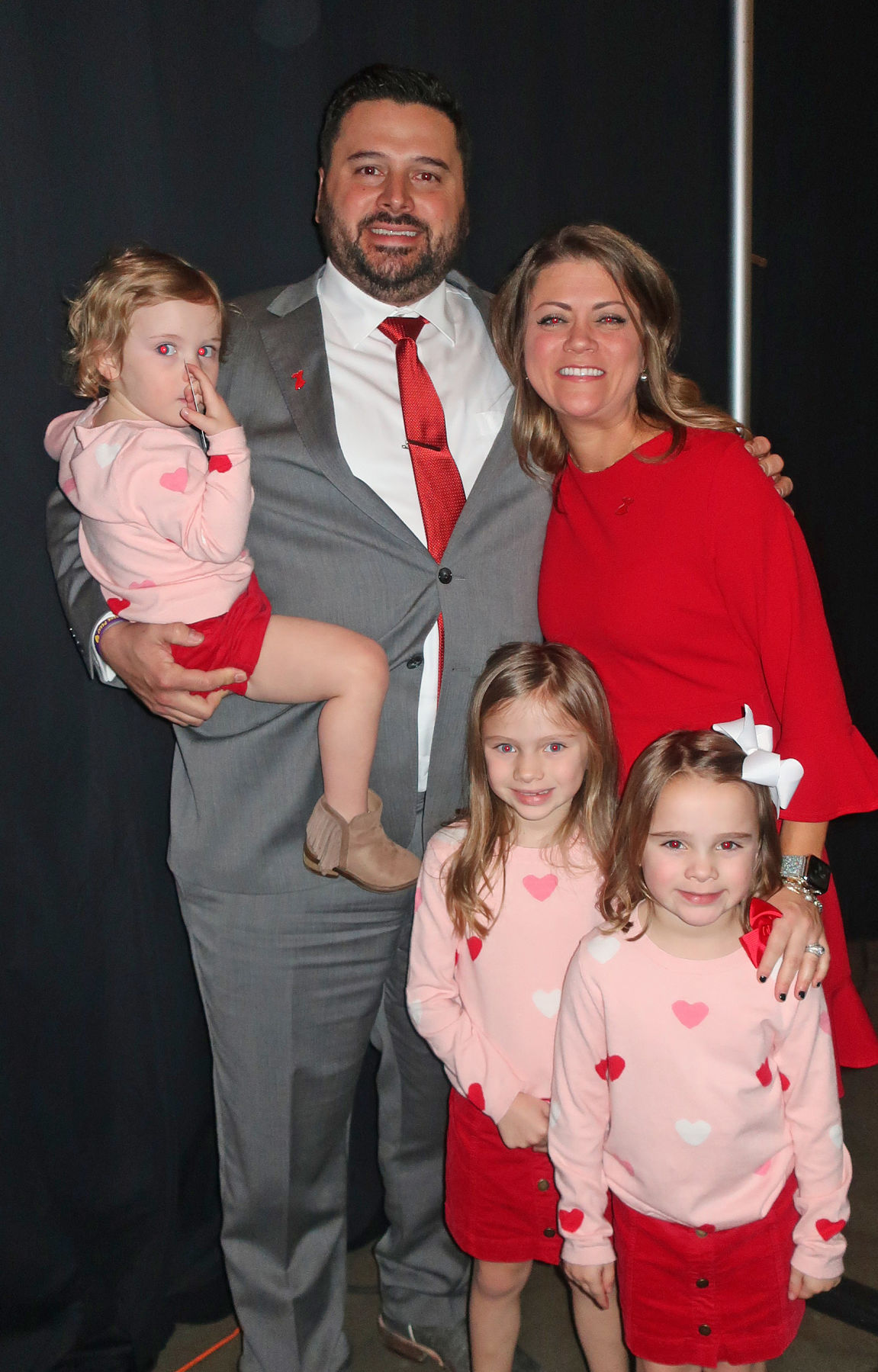 Go Red -- Sharing their story at this year's Go Red for Women Luncheon are Jonathan and Holley Clarke, of Monroe, with daughters Evie, Emarie and Ella. 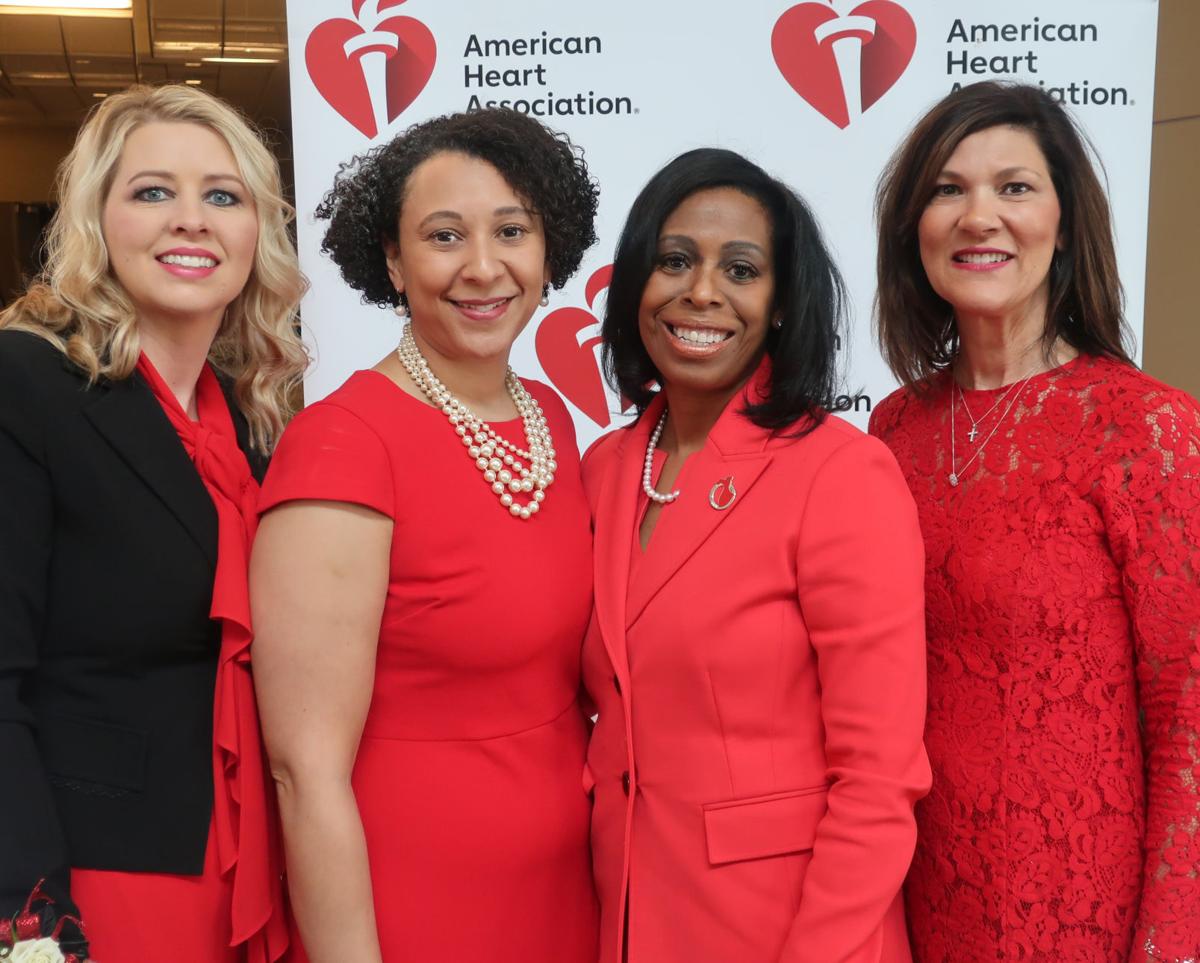 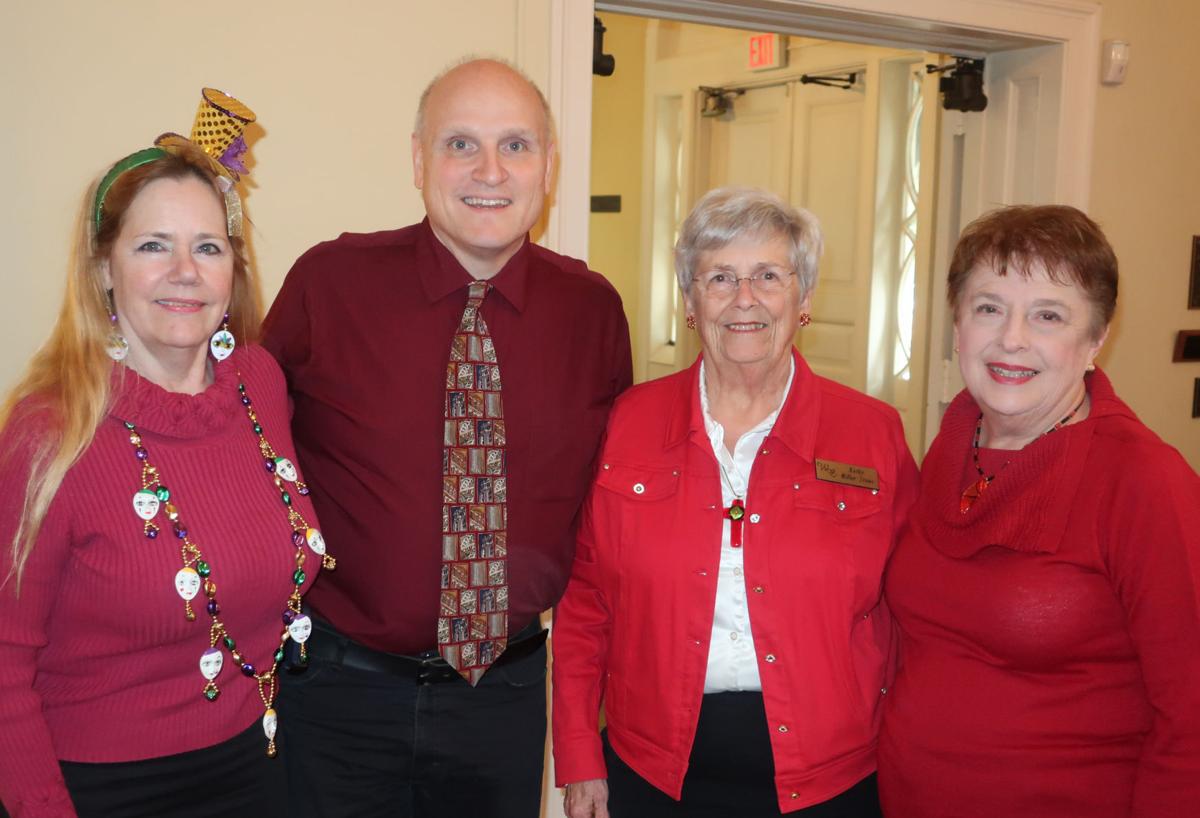 Go Red -- Sharing their story at this year's Go Red for Women Luncheon are Jonathan and Holley Clarke, of Monroe, with daughters Evie, Emarie and Ella.

While the flamingo is the official mascot of the Society for the Preservation of Lagniappe in Louisiana, which puts on the annual Spanish Town Mardi Gras Ball, it was LSU quarterback Joe Burrow who provided the inspiration.

The theme for this year’s Feb. 8 celebration at the Raising Cane's River Center was “Hiney Sight is 2020,” a take on Burrow’s wardrobe malfunction last year. It proved most inspirational for those attending.

Reigning over the craziness were King Scot McDavitt and Queen Linda White. Jason Broussard is this year’s grand marshal and will lead the parade, which rolls through downtown Feb. 22.

The partying kicked off with Marcia Ball, who had the place rocking before turning over the stage to Chubby Carrier, who escalated the fun. Spotted on the dance floor were Leonard Augustus and Thomas Telhiard, Aron Biedenharn Coates, Claire Broyles, Gracie Rigell, Cuch Feduccia, Lynn Washauer, Ann and Duz Hamilton, Johnny Palazotto, Judy and Gabe Jumonville, Jimmy Distefano, Joshua Hayes and Brien Buxton.

In addition to Spanish Town, I also checked out the Krewe of Romany, whose ball was next door in the River Center Arena. This year, the ladies took their guests to “Parrothead Paradise” with the songs of Jimmy Buffett providing the inspiration for the royal court’s costumes. My lovely hostess was Romany board member Collette Lambert. While she was busy with official duties, I got to visit with her husband Brent and tablemates Rebecca Triche and Sharyl and Brandon Lithgoe. I also had fun catching up with Nancy David, Rhetta Sellars, Lynn Graham, Jean Sharp, Debbie Harris and Peggy Moore.

I partied with Karnival Krewe de Louisiane on the night of Feb. 7 as King Peter Sclafani and Queen Rose Hudson reigned over a spectacular evening of fun.

This krewe knows how to party, and they do it to raise money for Mary Bird Perkins — Our Lady of the Lake Cancer Center. Krewe President Katie Graves joined Eric and Lisa Lane, with presenting sponsor Gerry Lane Enterprises, in handing over a check for $325,000 to center CEOs Todd Stevens and Linda Lee.

Earlier on Friday, the River Center was colored red as the American Heart Association hosted the 15th annual Go Red for Women Luncheon. Chairwoman Stephanie Anderson welcomed several hundred women and more than a few men before turning over the microphone to emcee Sylvia Weatherspoon.

There’s always a heart-tugging story to remind of us of why we are at the luncheon, and this year’s may have topped them all. If you missed the ESPN story shown during last fall’s Auburn vs. LSU football game, it was about two families who will forever be linked. The Monroe family of 6-month-old John Clarke Perry made the unimaginable and selfless decision to donate their son’s organs when he passed away. His heart went to Davis Boswell, a resident of Auburn, Alabama. The two families were connected by a mutual friend who saw the Facebook post about Davis receiving a heart and knew it had to have been John Clarke’s. Now, these two families tailgate together, vacation together and have started a foundation that has registered some 20,000 potential donors and raised more than $60,000 to assist families of children in need of life-saving medical treatment.

Marketing Louisiana to potential travelers was the topic at the Feb. 6 coffee for the Woman’s Club. Speaker Charlie Waltman, membership and marketing director for the Louisiana Travel Association, filled in for Poppy Tooker, who got stuck in New Orleans because of bad weather.

“This is the best job ever,” Waltman of his work. “I get to be nice to people who come to Louisiana.”

And some 51 million visitors came last year, a 10% increase over the previous year, he said, noting they spent a whopping $18.8 billion while they were here.

“We’re unique — truly a gumbo of people,” he continued. “We’re the only state where white Anglo-Saxon males are not the predominant residents.”

The cameo artist for the month was Kathy Stone, who brought several of her paintings to share. Members assisting with the event included Karen Codell, Jane Dimattia, Delores Dyer, Debbie Harris, Pat Hoth and Margaret Rome.

The week started off with big news from Forum 35, a group of young professionals working to make our community better. At its annual social on Feb. 4 at Kalurah Street Grill, President Jessica Trepagnier announced that the organization is changing its name to Forum 225.

“For over 26 years, Forum has been an important part of the Baton Rouge community,” said Trepagnier. “After countless meetings, feedback from our members and many board discussions, we decided it was time for Forum to lead in a new direction … We’re excited about this new chapter and hope the community will come and learn how they can be more involved.”

One thing leaders hope will happen with the name change is that young professionals over age 35 will become engaged with the organization and its many projects. The new website is up and running, forum225.org, so check it out for upcoming events and to see how you can get involved.

Mid City Gras roll two Sundays before Mardi Gras on North Boulevard in Baton Rouge. This year's theme is 2020 Leagues Under the Sea.