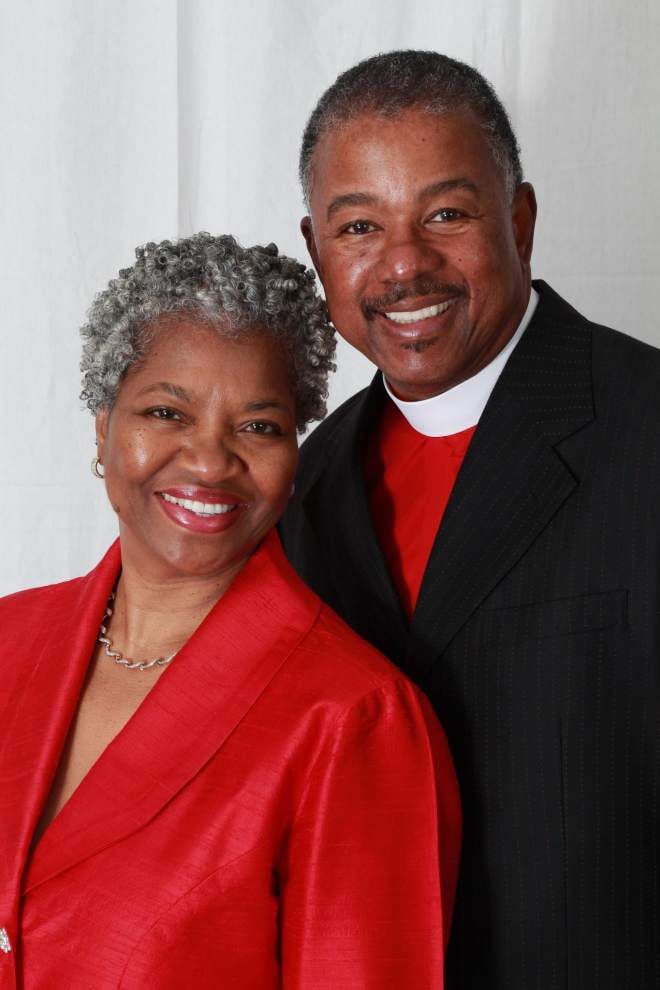 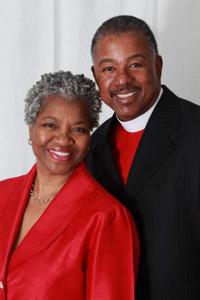 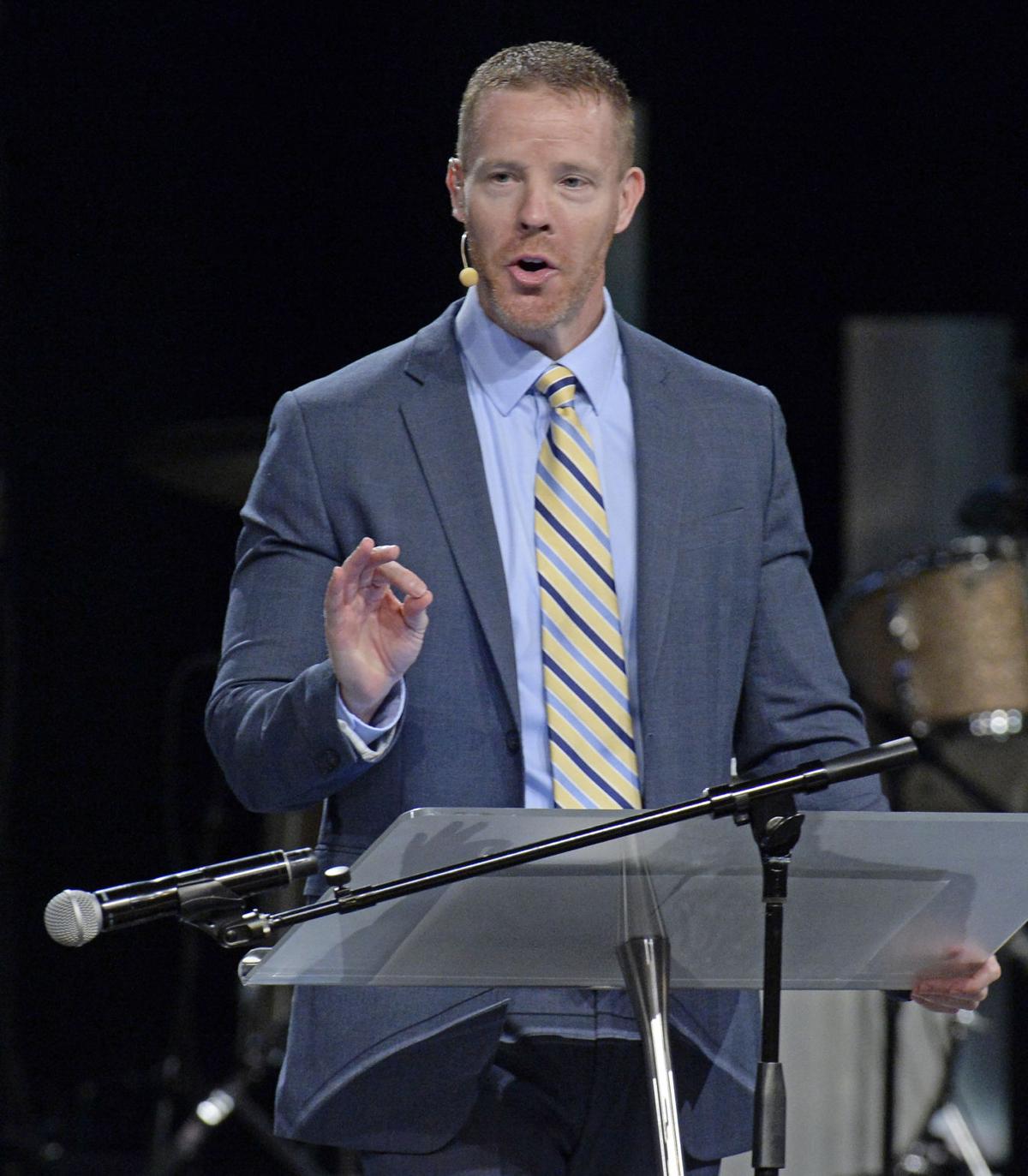 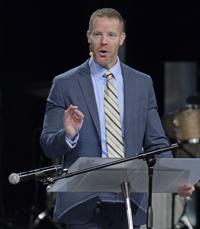 Friends and fellow pastors — one black, one white — thought it was important to have a "raw, real" and public discussion on racism.

"We believe that we have been drawn here by the Holy Spirit to be used by him, to say whatever he wills be said to make a difference in our community and our country," Wallace said.

It's good to see these kinds of conversations taking place in the wake of unrest and protests nationally and globally following the death of George Floyd on Memorial Day. Floyd, a black man, died after a white Minneapolis police officer pressed his knee on Floyd's neck for nearly nine minutes.

The incident touched a nerve with Haman.

"I got to thinking about the guys in my life that don't look like me, that don't come where I come from, but are very dear to me. And I thought, 'What if that was their necks underneath the knee of that officer?' " Haman said. "It breaks me on the inside. And that's just something about that that I can't leave it alone. I can't dismiss it. I can't pretend that it didn't happen. I'm not trying to demonize anyone, but injustice like that has to stir up something within the heart of the believer."

So Haman said he just wanted to listen.

Wallace shared his heart; speaking the truth about systemic racism, the responsibility of believers and how change can come about. He closed the nearly 90-minute discussion with an impassioned plea for unity.

"This has to go beyond conversation, because we've had conversations like this before," Wallace said. "We've had incidents happen before, and people need to listen to our story."

The nation is divided like never before, Wallace said.

"I'm seeing division and racism like I saw when I was a little child," he said. "It's been there but it's been awakened now. And it's good that's it been awakened because you cannot have reconciliation without a confrontation. Confrontation doesn't mean that you have to be in a tug of war. It means you have to confront it, and the way you confront it is with the truth. … Truth is the only thing that will liberate us. And truth hurts, but it's designed to hurt."

It's time for people to be truthful about the two systems of laws and dealing with their own racism, Wallace said.

Change must start in the heart, the pastors agreed, and God has the power to change the hearts of all men.

"We can change what is happening in this country. It cannot be legislated," Wallace said. "I want people to open up their hearts and see us through the eyes of Jesus. Race is one of the things we wanted to talk about and that's an easy, quick subject because all you have to say is human race."

"It's so much deeper than just a skin issue," Haman said. "It's a sin issue, and it's hidden within the human heart."

Wallace said he learned about the harsh realities of racism early in life.

When he was just 7 or 8 years old, he recalled being drawn by the loud sirens of police cars and watching officers work an accident. Wallace said officers used their dogs on leashes to snap at them and then would laugh.

"And as a child, we saw that and that bothered us," he said. "We didn't know the word racism."

Wallace said he recalled those incidents when he heard a recent report of police threatening to use "vicious dogs."

"I had to gather myself because I had that flashback," he said.

That may be considered minor to what's happening today with young black men and women losing their lives on the streets and in their own homes, but it left an indelible mark on Wallace.

Wallace said he's often asked by white people how they can help with race relations.

"First, stop electing racist politicians who have told you out of their own mouths what they feel about things, then they demonstrated it to you. If you stop that, you'll help us. Put people in office who are concerned about everybody — not a certain few," he said.

"My brothers and sisters, you can go to the polls and you can vote righteousness instead of hate," he said. "People will say, 'Well, you don't know if a person is racist or not; you don't know what's in a person's heart.' That's not true. Jesus said, 'Out of the abundance of the heart — in Matthew 12 — the mouth speaks.'"

Wallace was asked about the "silence" of the white church and leaders.

"Where are those that have the megaphone and the microphone and have access to television today, like you (Haman) are and saying to America, 'This is wrong,'" he said.

Wallace said he sees two churches in America: one which believes in God's word and one which misuses God's word.

"We have people that use this Bible, that have church on Sunday and call themselves evangelicals, and they use this Bible to promote their ideology and their political aspirations," Wallace said. "It's in their messages. … You can't hate people and say you love God. We cannot get in and stand up and elevate and hold up and hip-hip hurrah people when they talk about things that are degrading other people, other ethnicities."

People should be willing to call out hate.

Wallace said he tries to set that example.

"If any person at the church that I oversee — and I oversee 99.9% black people — but if anyone came to me and said if I bring a white person into this (church), I'm going to leave the church, I would show them the door," Wallace said. "If we're going to live this thing out, let's live it out all the way."

The church is the vehicle that God uses to bring change, Wallace said.

"We're the moral conscience of the world," he said. "The world is supposed to look at the church and see how to live. And if we're not representing Christ, and if we're not being a witness in our lifestyles, how would others know about Christ?"

In closing, Haman asked Wallace what was the most important take-away to leave his white brothers and sisters.

With the conviction that has exemplified his fine preaching for years, Wallace said in part:

"A black man can't lead the charge. We can protest. We can do all the things that we have been doing and we should. But my white brothers, they've got the key. They can stand together in this nation and they could speak to the powers that be and say what you are doing to my black brothers is wrong. Let's change laws and then talk to their congregations, and let them know that we got to have the love of God in our hearts … Love has to be seen and demonstrated toward all men … I love them. I need them. You need me. Let's connect together to advance the kingdom of God."