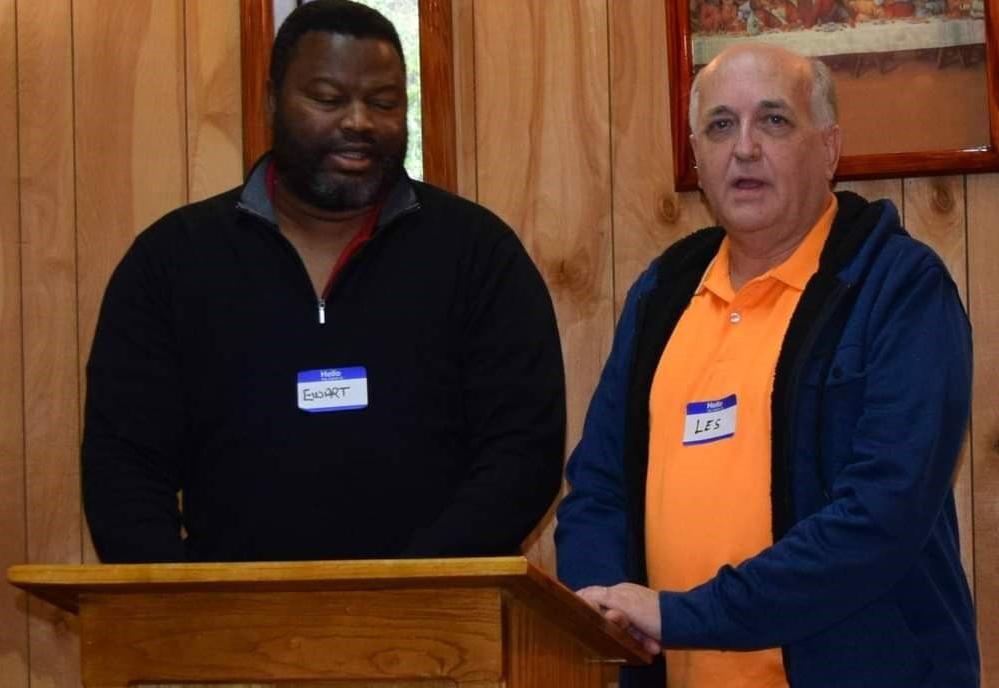 Ewart Forde, left, and Les Jensen met in 2017 at the inaugural Men's Unity Breakfast and have become the best of friends. 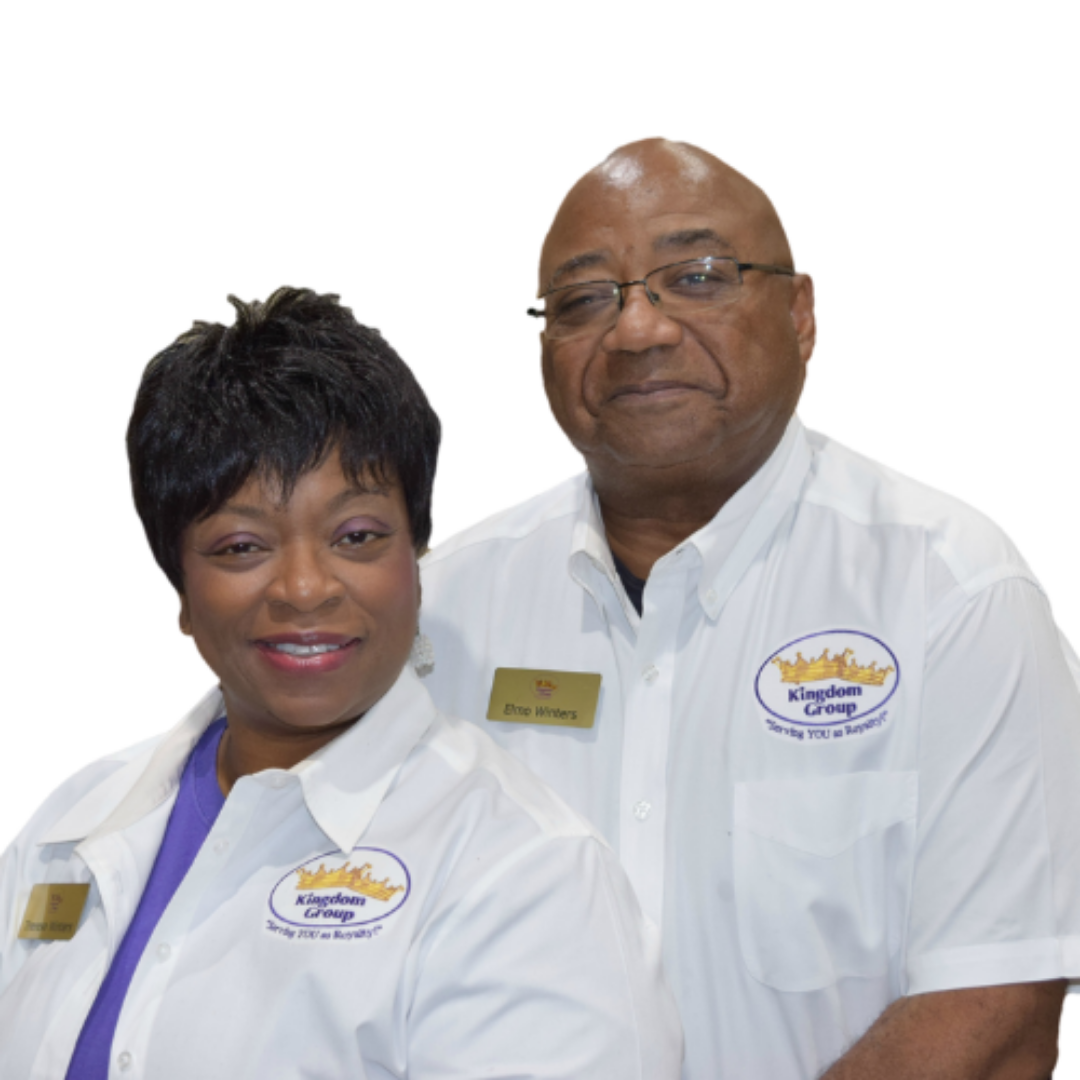 Therese and Elmo Winters
1 of 2

Ewart Forde, left, and Les Jensen met in 2017 at the inaugural Men's Unity Breakfast and have become the best of friends.

Two men — one Black and one White — met for the first time at the inaugural Men's Unity Breakfast in Baton Rouge in 2017 and developed a lasting bond.

Ewart Forde, who is Black, and Les Jensen, who is White, are those men. And their relationship is what organizers of the breakfast lift up as one of the symbols of what the event can do.

"Les has traveled with me to my native Trinidad and Tobago and here in the U.S.," Forde said. "Our relationship showed so much potential right from the start that I chose to focus on it and the unity process for my research as a sociology graduate student at LSU. Most people advocating for improved race relations or social justice on the political right or left do not have a substantive personal relationship with a person of different ethnicity from them."

Jensen, 70, said he went to that first breakfast looking to make that connection.

"I said 'I'm looking for an opportunity to be in a relationship with someone that doesn't look like me.' Two people stood and Ewart was one of them," Jensen said. "What became an intentional relationship is now for me an essential relationship that I can't see my life without him."

Forde, 59, said a few weeks ago he and Jensen were on a racial reconciliation panel together and were asked to share their story.

"To my esteemed honor and great surprise, he (Jensen) told the audience I was not just his friend, but his best friend and the best friend he ever had. That shattered my heart because I have come to think of him as not just my friend but my brother," Forde said. "This is the power and potential of the Unity Breakfast — the intentional desire to make a personal difference even if no one else will, because it goes beyond just those two people but both our entire sphere of influence."

The Rev. Elmo Winters, executive director of Kingdom Group International, which hosts the monthly breakfast events, said the two men have built "the strongest relationship I've seen in a long time. They travel together. They support one another. They even traveled on mission trips out of the country together. You see one, you see the other. They are the perfect picture of what we're trying to get to people to do."

The breakfast events are held to foster racial unity and healing among men of varied races, ethnicities, denominations, backgrounds, cultures and economic statuses through discussions, prayer and the word of God.

"The bottom line is we want people to build relationships," Winters said. "It's not about coming together having grits, eggs and bacon — having a real meal — then you go your own way. This is about starting relationships that could transcend any kind of division there is."

After resorting to Zoom during the pandemic, the Unity Prayer Breakfast resumes the in-person meetings at 8 a.m. July 24 at 9620 Florida Blvd., Suite 500, in the Broadmoor Shopping Center, next to Hi Nabor Supermarket. It will also be virtual.

"We're so excited about being able to do it," said the 71-year-old Winters, who has been involved in ministry for more than 43 years and has been a pastor, church planter, missionary and chaplain. He is a member of Renew Church of Baton Rouge.

A positive aspect of going virtual last year was the opportunity to reach a larger audience, Winters said.

"One thing that happened during the time of the pandemic is that we went virtual in that we were meeting once a month, and we started reaching throughout the nation. This thing has taken off like wildfire," Winters said.

The Men's Unity Breakfast was spurred and began eight months after the killing of Alton Sterling, a Black man, by a White Baton Rouge police officer in 2016, Winters said.

"Initially, the Alton Sterling event put us in a position in our city where it became clear that we actually had to have a serious discussion of racial and division problems," Winters said. "We look at our nation and even our world where we have never seen the kind of racial unrest, the division we're seeing not just across race but across culture. We've never been as divided as we are currently. So we are called, we believe, by God to do everything we can to keep things together. … We're passionate about bringing people together. You don't have to be a rocket scientist to do this — to get people to come together and just listen."

The key, Winters emphasized, is listening.

The results have been promising, Winters said.

"We have been so successful in that over 60% of the guys who have continued to come changed their attitudes and started building relationships," he said.

It's important for believers to come together to lead the charge for change, Winters said.

"I question whether or not a person can dearly be a follower of Christ and not realize that we can't be divided. We have to be unified," he said.

Jesus addressed the issue of "being one" in the John 17:21, Winters said.

"He prayed that the church, the believers, the people in the room would be unified," Winters said. "We pride ourselves on having the Black church and the White church, and it's got to grieve God. It really does. This is what we have to do as believers is to promote unity."

The format for the Men's Unity Breakfast will include prayer; fellowship; a brief discussion by Winters on an undecided subject; roundtable discussions on a chosen topic; and the sharing of contact information.

"We encourage them to go beyond the discussion at the table and for the next 30 days at least, reach out to somebody, pray with somebody, call somebody, meet with them for a cup of coffee, because the goal is not to have a one-time event," Winters said.

He added: "Seriously, we have to make guys go. They do not want to leave. Guys are still in the parking lot, and we see a great deal of camaraderie. It's just a beautiful thing."

Winters heads Kingdom Group along with his wife, Therese Hill Winters, who serves as president. It is a collaborative of organizations committed to changing the "world by aggressively tearing down walls of division and building bridges of unity." The 7-year-old nonprofit uses three major project areas in reaching its goals as a world change agent: unity events; media and publishing; and reconciliation training/coaching.

Winters has also authored two books: "Overcoming Racial and Cultural Barriers to Disciple" and "Going by Growing: A New Approach to Being an Effective Witness."

To register for the Men's Unity Breakfast, go to kingdomgroup.co/july2021. For more information, call (225) 305-3006, email Elmo@KingdomGroup.co or go to www.kingdomgroup.co.