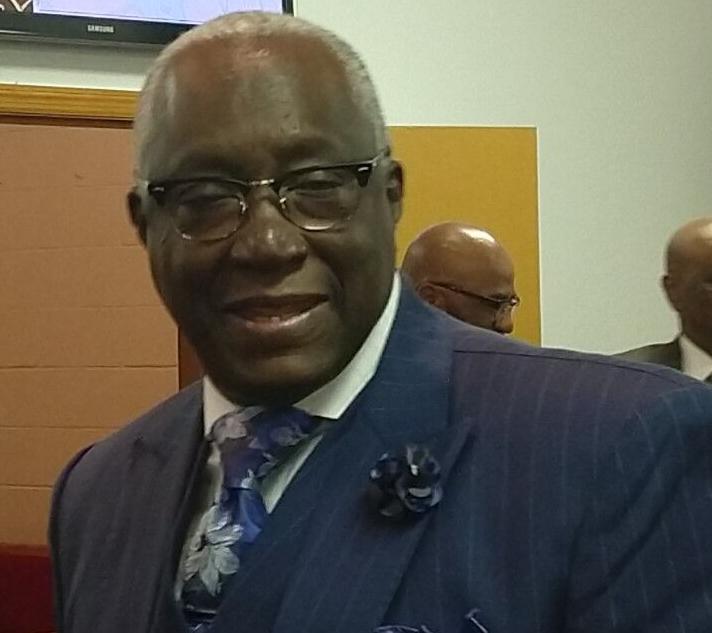 Services are continuing to be held in the parking lot of Greater Beulah Baptist Church in Baton Rouge, a practice that started during the pandemic.

Services are continuing to be held in the parking lot of Greater Beulah Baptist Church in Baton Rouge, a practice that started during the pandemic.

As a former top athletics/academic assistant at LSU, Michael D. Mallet remembers having to confront a young man named Shaquille O'Neal about school.

"He wouldn't go to class, so he and I had a knockdown drag-out about that," Mallet said. "One day, I went in and drug him out of his room and told him, 'You're going to either get to class and pack your books, or we're going to have some problems. Ever since that day, he and I have been very, very close."

Mallet's rousing of the reluctant O'Neal is similar to the wake-up call a reluctant Mallet received years later from God.

"I know God had a call on my life, but I ran," said Mallet, 70, who joined the ministry in 2000 at Shiloh Missionary Baptist Church and has been the pastor of Greater Beulah Baptist Church in Baton Rouge for 16 years.

Mallet said he had actually been running as far back as 1993, after undergoing triple bypass surgery.

During his rehab, he was taking an evening stroll in a dimly lit area of the neighborhood when he had a "light experience."

Mallet said God spoke to him at Shiloh through a minister who declared: "Someone is not listening to God, and God has been speaking to you."

Mallet started to relent, finally getting full relief from his misery after answering the call.

"God has been blessing me," he said. "When I accepted my calling, that spirit of depression lifted and I slept."

Mallet was content being one of the associate ministers under the late Rev. Charles T. Smith at Shiloh. And then God came calling again, when Mallet was in his mid-50s, to become the pastor at Beulah.

Smith was such a huge influence and source of guidance in his life, Mallet said.

"When I accepted the pastoral position, I asked him (Smith), I said, 'Pastor, I don't understand; I'm getting up in age now. I don't know why the Lord would make me accept it now. (Smith) said, "You weren't ready; now you are ready.'"

When a professional move to Texas didn't pan out, Mallet said, "I knew then that that's where God wanted me to be, right here at Greater Beulah Baptist Church in The Bottom (an area of south Baton Rouge near McKinley High School)."

Mallet said he learned to trust in God's plan, reciting one of his life Scriptures from Proverbs 3:5-6: "Trust in the Lord with all thine heart; and lean not unto thine own understanding. In all thy ways acknowledge him, and he shall direct thy paths."

"If you put him first, he will do everything else," he said. "You have to totally trust him. If you totally trust God, he will make a way for you when doors are closed. … He'll be your provider, your protector. He'll give you all you need in order to go on in your journey."

Mallet's spiritual journey began in a Christian home in his native Leesville. He said he accepted Christ and was baptized at age 7.

"We were Baptists; we went to church everyday," he quipped.

He graduated from Grambling State University and earned a master's degree from McNeese State University. He was a basketball coach and assistant principal at Leesville High for 13 years before coming to LSU in 1983.

"I would like to congratulate Dr. William F. Tate IV for such a prestigious appointment … Please know that as the first African American assistant in the athletic department, I realize that all eyes are on you, but let me just give you a secret that I found out to be true, and its found in Philippians 4:13 ("I can do all things through Christ who strengthens me").

After his start on the athletic side, Mallet moved over to the academic side, where he became acquainted with O'Neal.

"I consider him my second son. When his father died, he called and said, 'I don't have another dad. You're going to have to be my dad.' I said, 'No problem,'" Mallet said. O'Neal later earned a bachelor's degree from LSU and also has a doctoral degree.

Mallet worked for four athletic directors at LSU and even headed the Shaquille O'Neal Life Skills Program, which supports and enhances student-athlete development. He retired about six years ago for full-time ministry.

At Greater Beulah, Mallet has held Sunday services in the parking lot since the start of the pandemic.

"I've been talking to God, and I asked God to give me what I need, to let me know when it's safe to go back in there," he said. "We're just going to stay outside until the Lord leads us to go back into the church. … My concern is for my membership, my flock. I'm concerned about them."

Parking lot services at the church, at 955 E. Polk St., has had its benefits, Mallet said.

"We have had more members outside than we had when we were coming inside the church," he said.

There's also been an increase of listeners from the neighborhood.

"People would sit outside and open their doors and they would hear the word of God," Mallet said. "That's the most important thing. It's not about the building; it's about getting the gospel out to people."

The church has even sustained its finances and gained new members and baptisms.

"It's amazing how God uses people in his service, whatever situations may occur," he said. "He's going to make a way. All we have to do is trust him. We've been blessed."

Shouts of "Preach, Moss" are common during the Rev. Mary Moss' fervent messages — even from the speaker herself.