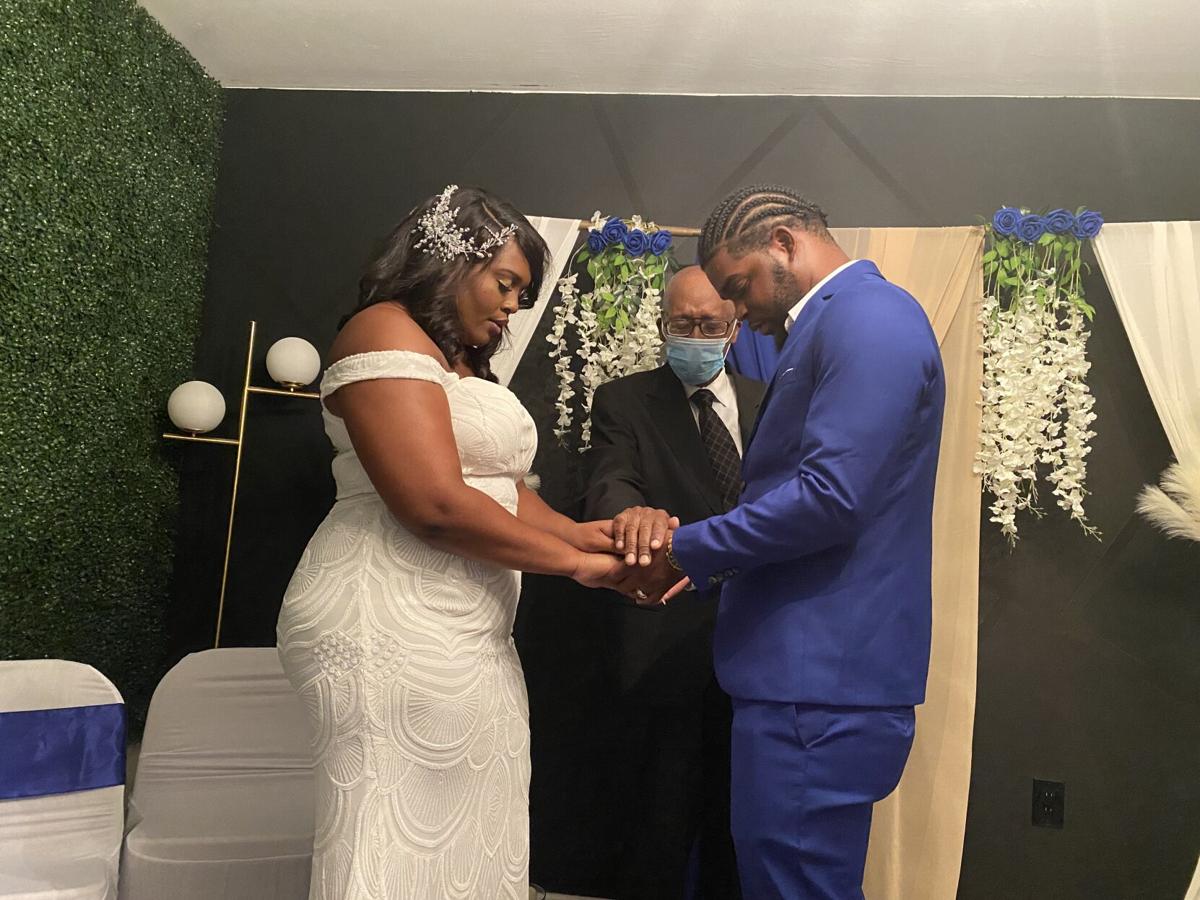 The Rev. Alonzo Campbell officiates the wedding of Matthew and Diquincia Turnipseed, of Baton Rouge. 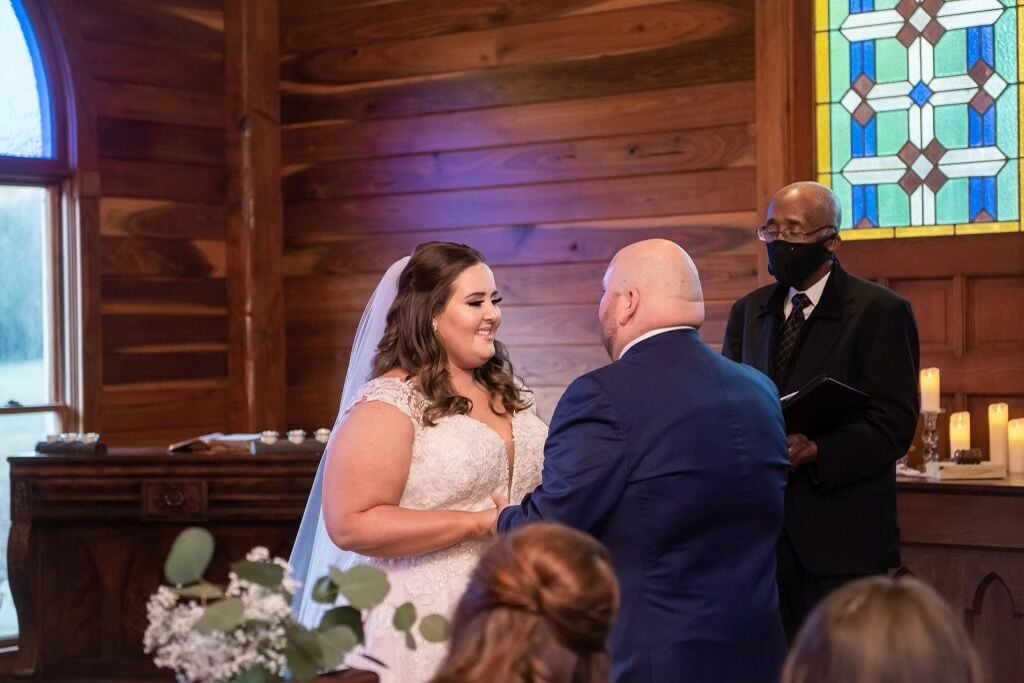 The Rev. Alonzo Campbell officiates the wedding of Kenny and Haven Sampey, of Ascension Parish, at a chapel near St. Francisville. 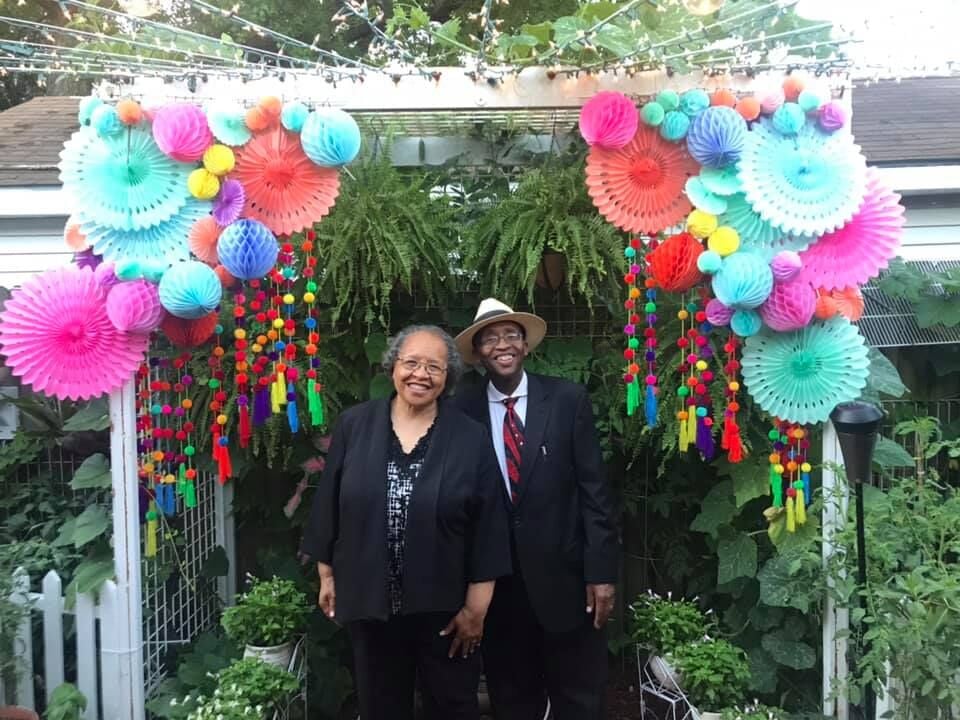 Jackie and the Rev. Alonzo Campbell have been married 49 years.

The Rev. Alonzo Campbell officiates the wedding of Matthew and Diquincia Turnipseed, of Baton Rouge.

The Rev. Alonzo Campbell officiates the wedding of Kenny and Haven Sampey, of Ascension Parish, at a chapel near St. Francisville.

Jackie and the Rev. Alonzo Campbell have been married 49 years.

Marriage is a mission for the Rev. Alonzo Campbell, of Baton Rouge.

"According to the U.S. Census, most young people are living together. I feel like I'm serving God by pulling them together," said the 69-year-old former longtime pastor.

Campbell has officiated more than 500 weddings for couples of varied ages, nationalities and religions in 40 years mostly as a "minister for hire."

"I look at marriage as a gift from God, that God has designed to bring the right persons together who love each other and provide the connection to encourage and help each other. Marriage makes them whole," he said.

For perspective couples, Campbell offers premarital counseling, personalized vows and a religious or nonreligious mobile service. He's traveled as far as Panama City, Florida, but has married couples in New Orleans who came from as far away as Australia.

Campbell pointed to several reasons why couples enlist his services.

“They want something unique, not traditional,” he said.

“Most of them go to church; most of them have a Christian background,” he added. “That doesn’t mean because they’re Christians, they want to disrespect the word. They’re not trying to change the Bible, but they want something unique. … We offer wedding components within the wedding ceremony that are nontraditional and still respect the Lord.”

Another reason couples hire Campbell may be because of issues at their own church, such as cohabiting and/or having children.

“Sometimes, the rules of the church go against the grain of the life that they are living in order for them to get married," he said.

“Some of them want a new start," he said. "They get us and feel like that’s what it represents.”

The best advertisement Campbell can offer is his own 49-year marriage.

“We’re not perfect,” he said. “We have fumbled the ball. In some cases, we’ve made humble mistakes, but we’ve kept Jesus in the middle. It’s Jesus that has kept us together. And (couples) say that appeals to them.”

Campbell witnessed that in his own home before his father died when he was 13 years old.

“He was truly married to my mother,” Campbell said.

Campbell went on to earn a political science degree from Clark Atlanta University, a master’s of divinity from the Interdenominational Theological Center in Atlanta and a doctorate of ministry from Austin Presbyterian Theological Seminary in Texas.

Beginning in 1975, Campbell led several churches in Louisiana, including in Natchitoches, Central, Denham Springs and New Orleans, before retiring from the pastorate in 2008.

He said he enjoys celebrating the love of couples cementing their commitment to each other.

“I told a young man, ‘One day, you will retire from your job, but God does not want you to retire from your wife. Your wife will be there when no one else is there for you,"' Campbell said.