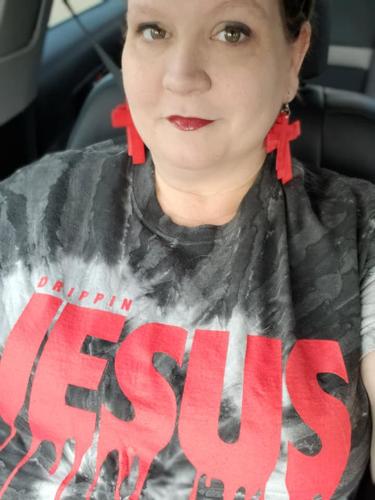 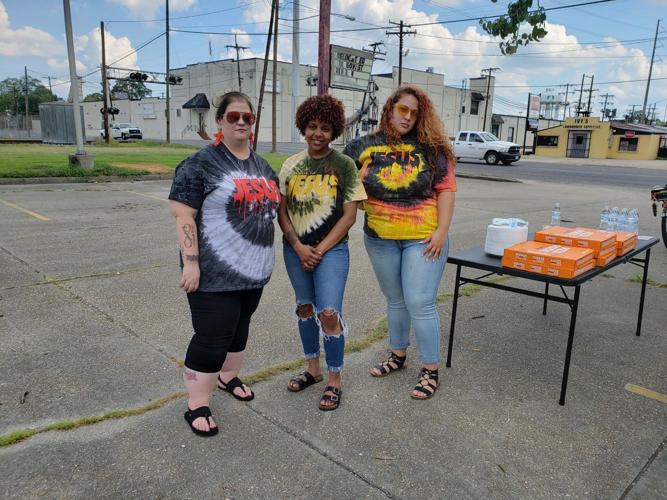 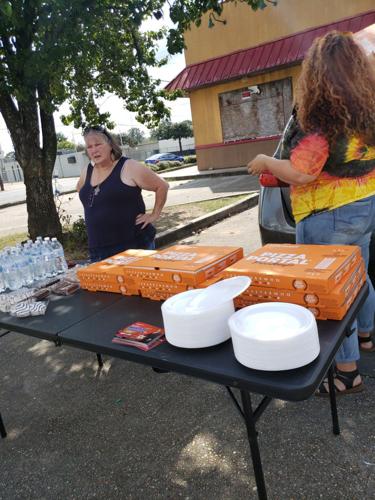 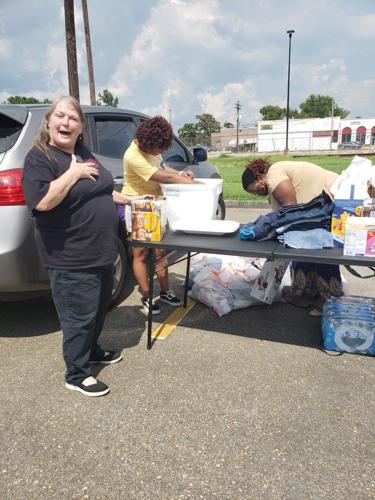 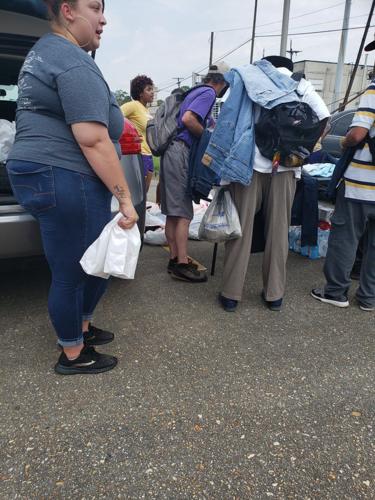 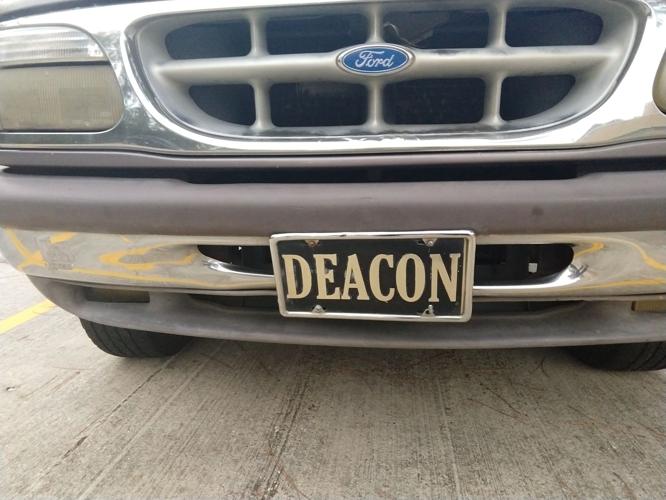 Abandoned by her parents at birth and raised by grandparents, Fulton was gang-raped at age 9 and saw her life spiral out of control. She was placed in the juvenile system. She gave up on school. She became a drug addict, alcoholic and high-class prostitute. She later found herself in an abusive marriage with three kids.

"For me, my life was dead," said Fulton, of Baton Rouge. "I raised my children to be independent because I didn't think I would see 30 (years old). I dodged bullets. I've been stabbed. I was abused."

In 2007, Fulton turned her life over to Christ.

"When I gave my life to the Lord, he gave me an encounter of him, breathing life into my nostrils — like he did Adam when he created man. It was like he just came and hovered over me and breathed life into me," Fulton said.

That life-giving moment came while Fulton was living in Dallas, where she had settled for a couple of years to escape domestic abuse in Baton Rouge.

"It was really just a matter of the Lord showing up and proving himself to me that he is real and that he is God. He really just showed up in a very dark place in my life," said Fulton, a native of South Carolina who was raised in Natchitoches. "In Dallas, that's when the Lord started moving on my life, talking to me about what he had for me to do, where he had for me to be. He told me to stop running from him."

God had a purpose for her life. She answered his call to become an evangelist and returned to Baton Rouge. On her way back to Louisiana, she said God gave her the vision to start Breathe L.I.F.E. (Living in Freedom Eternally) outreach.

Fulton, a member of Bethel Christian Church, poured herself into outreach ministry in Baton Rouge, but it wasn't until 2015 that Fulton founded Breathe L.I.F.E.

And Fulton continues to do it with love and passion.

Breathe L.I.F.E. has become known in Baton Rouge for feeding the homeless at two locations: the abandoned Popeyes near the Greyhound bus station on Florida Boulevard and behind the RaceTrac gas station on Siegen Lane.

But Breathe L.I.F.E is about more than feeding those in need of a meal, Fulton said. There are no days off, she stressed.

"Sometimes, we get hotel rooms — if we see a family that's homeless with kids or if we see somebody that looks like they've been beat down a couple of days and need a real good night's sleep," she said. "Every day of the week, we find somebody to feed or help them find clothes, shower. We give them resources to help them find work."

Breathe L.I.F.E, which is working to secure a nonprofit 501c3 exemption, relies mostly on donations. It has also received aid from Bethel Christian Church. The five board members and their families also contribute when funds are short.

"The Lord has been good to us. We really have seen a lot of miracles so far," Fulton said. "Like our last homeless feeding, we went to bed on a Thursday, and we didn't have a penny to our name. We woke up Friday, and when we came time to prepare, we had $1,500 of donations."

The first and most vital part of the outreach is sharing the gospel, including late-night visits to strips clubs, hotels and drug-infested areas, Fulton said.

"We go out at midnight, and we preach the gospel of Jesus Christ," she said. "That's why we call it an outreach. It's not just about feeding the homeless. We care about the souls of man. … We don't even give out food until we preach the word. … We've seen people get out here on the streets that solely go out to feed the hungry or solely go out to clothe. But our mission is to fulfill what Jesus tells in the scriptures, which is to go out and preach the gospel."

Fulton has seen how the gospel transforms lives.

And somewhere in the midst of sharing the gospel, Fulton shares her journey to Christ.

"The Lord put me in a situation where I need to encourage somebody how you can go from welfare to successful," said Fulton, who has worked the past four years as a provider dispute analyst at a health insurance company. "I was on public housing. I was on food stamps. I was having to get money that the government gives every month to now a pretty decent job in a position that requires you to have a bachelor's degree. I barely have a GED."

Fulton doesn't hold back on her testimony.

"People call me the exposed evangelist on the streets," she said. "I don't keep anything from anybody because I want them to see the way that you can overcome."

Fulton shared the details of her testimony in her self-published 2015 book titled "Breaking Free: Chains Be Gone." All proceeds from the book go to the outreach.

Fulton has dreams of Breathe L.I.F.E opening a faith-based home.

"It's just a joy to see that the Lord is faithful, and every time he sends us he shows us the fruit of what is out there," she said. "We know that we're not doing it in vain."

For more information on Breathe L.I.F.E., visit breathelife.worthyofpraise.org or at facebook.com/BreatheLIFE2017/.

A "Faith & Fashion" event is set for 4 p.m. Sunday, Oct. 20, at the Gloryland Education Resource Center, 2575 Michelli Drive. Fealing said it will bring together some of the most gifted and anointed artists from the Baton Rouge gospel music community with some of the "most stylish fashion of our time."

"This is one that promises to be unlike anything you have ever experienced," said Fealing, the show's producer and director.

Among the artists scheduled to perform when the models hit the runway are Alana Buckley, Jerris Cade, Jarmon Dunn, Alicia Montgomery-Hardy, Renisha Lawson, Karen Mire, Meshak Muyaka, Cathy Toliver and Ro-Montee Williams. The choreography is by Winter McCray and the Winter Dance Company. The music director is Charles Chenier.

In addition, Fealing said Michael Harrell and So Amazing Flowers and Events will transform the building into a Faith and Fashion Fantasy World. The event is a collaboration of Fealing Good Productions and C2 Productions.

Another day. Another blessing

Every time I visit this one particular high school, I notice a vehicle with a plate on its front bumper that says "DEACON." I've never met the owner of vehicle, but I would like to think that I could commend them for putting that sign on their vehicle to let the world know their position/title in a church, indicating they are a person of faith.

So often as Christians we are ashamed, bashful or even afraid to let people know about our faith.

We don't want to take the risk of being judged or coming across as judgmental. We don't want to have to answer for our faith. But I read the words of Jesus where he said we need to burn brightly for him.

Matthews 5:16 says, "In the same way, let your light shine before others, that they may see your good deeds and glorify your Father in heaven."

Our light and our lives should be shining for Christ. Crosses around our necks are fine. Signs on our vehicles are fine. But the best way to glorify God is by the way we live and the way we love. They will know us by our fruits.