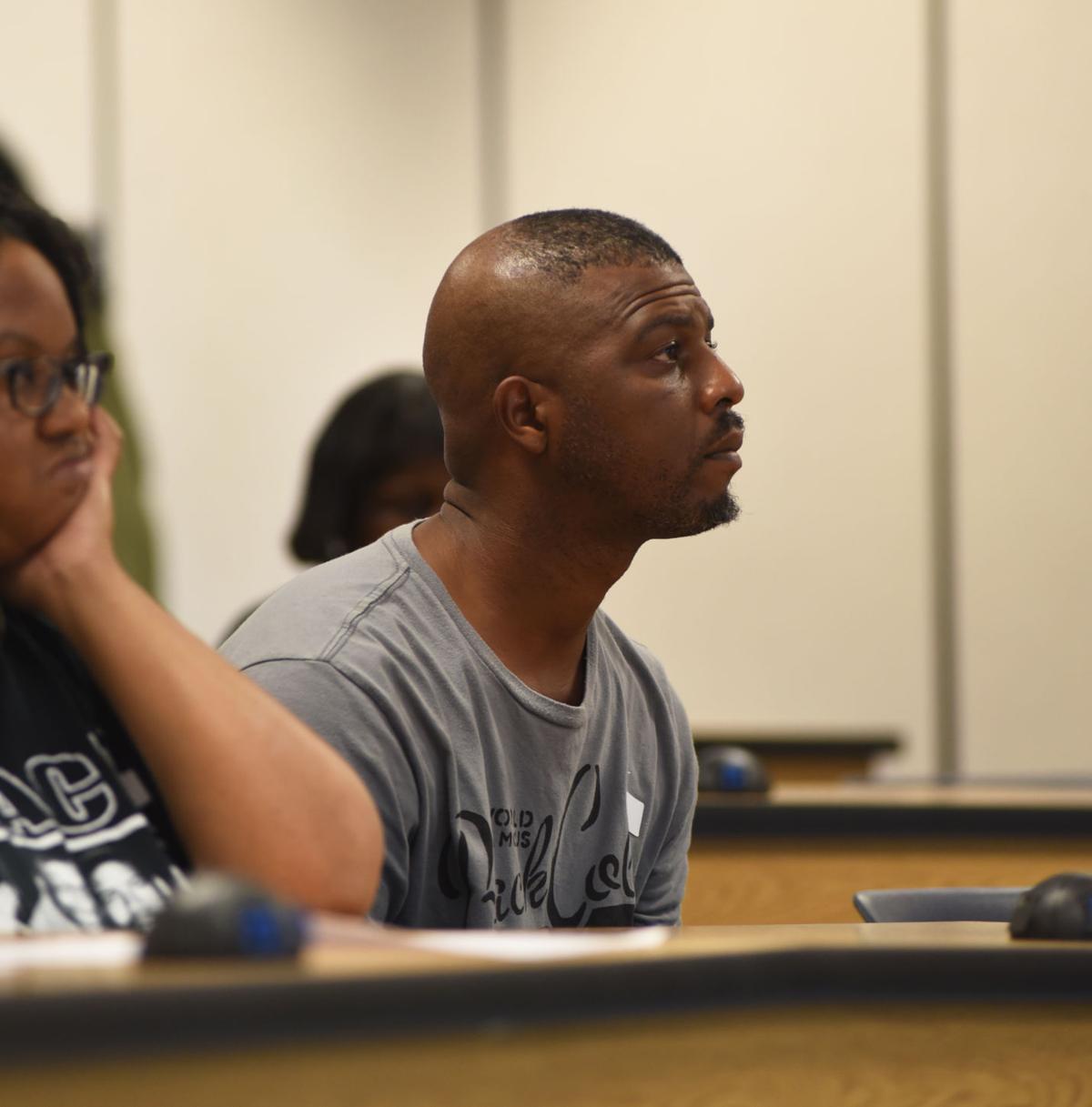 Advocate photo by CAROLINE OURSO — Lubin Gilbert, 38, was one of many who attended the hearing on police abuse in Louisiana at the Southern University Law Center on Saturday. He was arrested during the protests that occurred in Baton Rouge after the death of Alton Sterling. 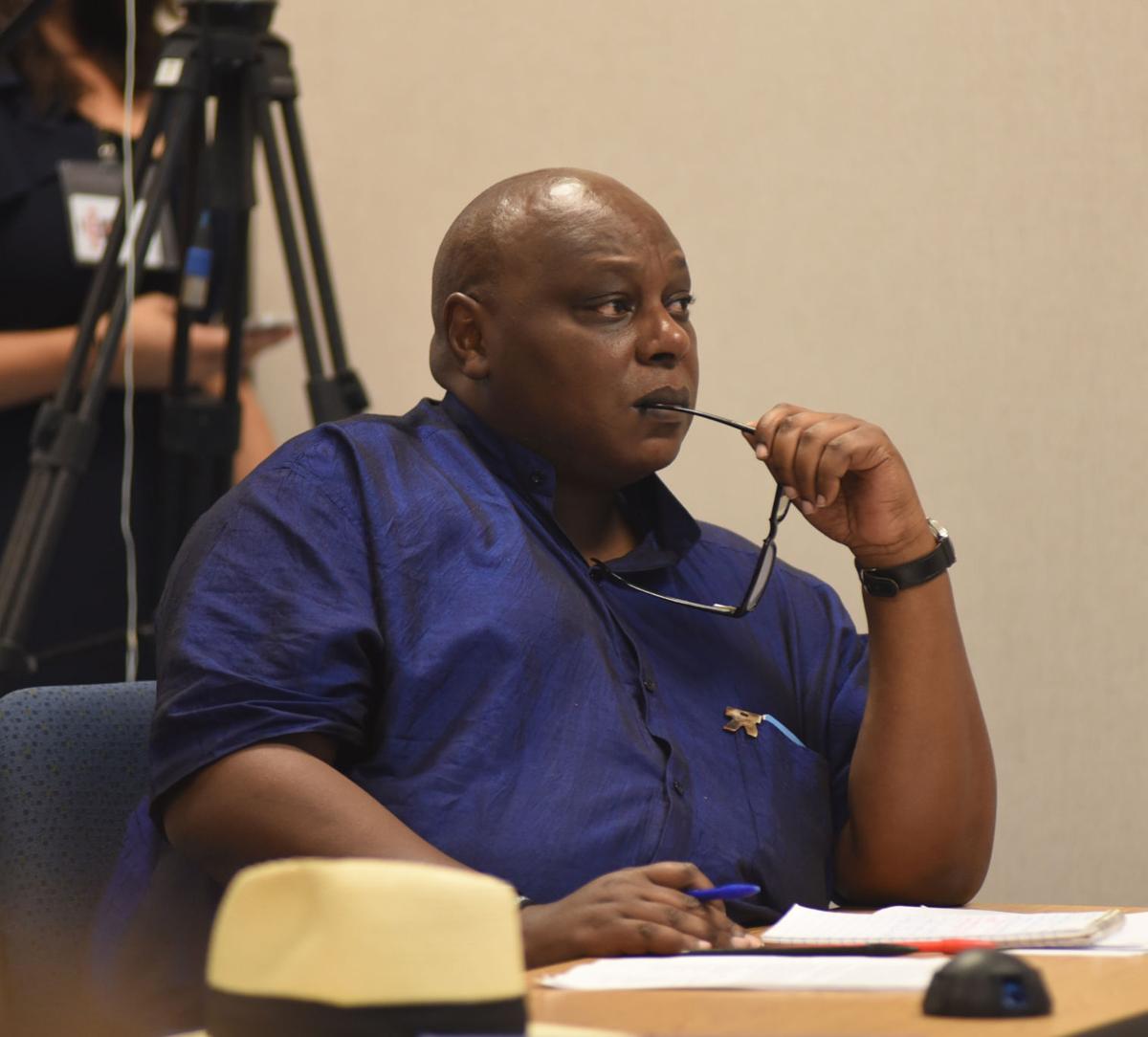 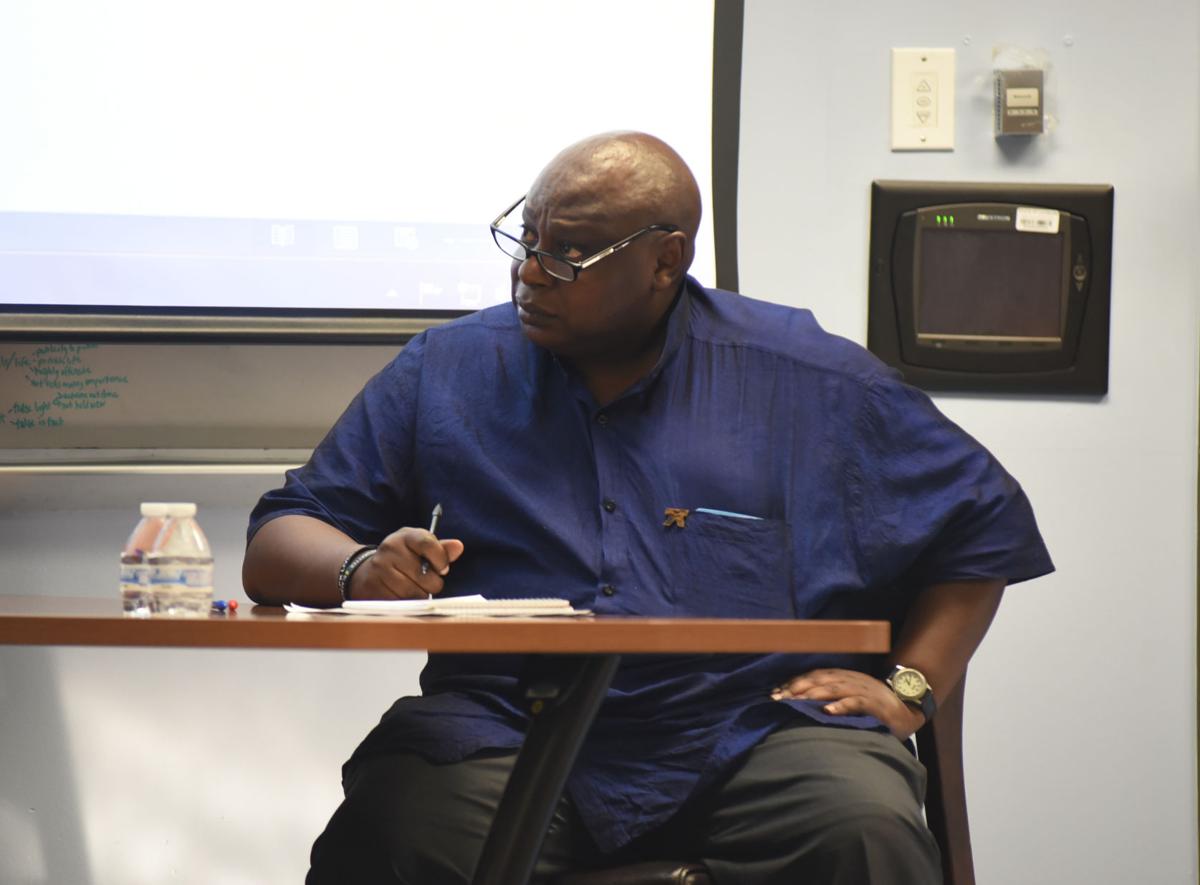 Advocate photo by CAROLINE OURSO — Lubin Gilbert, 38, was one of many who attended the hearing on police abuse in Louisiana at the Southern University Law Center on Saturday. He was arrested during the protests that occurred in Baton Rouge after the death of Alton Sterling.

A  group of Baton Rouge area residents and members of several advocacy groups aired complaints about law enforcement’s handling of protests over the fatal shooting of Alton Sterling to a special representative of the United Nations  Saturday.

In a meeting at Southern University, the group also leveled a broader critique of what they described as societal oppression of black residents in North Baton Rouge and elsewhere in Louisiana.

The complaints from the 40 to 50 people who attended the session were heard by Maina Kiai, who holds the title of United Nations "special rapporteur." He said he's not not paid by the U.N. A news release about the event said he was appointed by the U.N. Human Rights Council as an independent expert to monitor and advise and publicly report on the rights of peaceful assembly and of association worldwide.

Kiai said in a brief interview before the hearing that he had not originally intended to come to Baton Rouge – he stopped in New Orleans Friday night - but the protests over Sterling’s shooting July 5 led him in the city Saturday.

One of those planning to share his story with special rapporteur was Lubin Gilbert, 38, a Houston man who has been living with family in Baton Rouge.

Gilbert said in an interview that during street protests on July 10, he was thrown to the ground and arrested at gunpoint with flashlights pointed at him as he tried to ride his bicycle away from police barricades near Interstate 10 and Government Street.

Gilbert said he had ridden his bike to see the protests but couldn’t really find them and decided to head home. He said he rode on a side street to avoid police barricades when officers came running toward him.

Gilbert said he was put in a holding room at a police substation for about 24 hours until the night of July 11. Missing a day of work, he said he was never booked but was fingerprinted only as he left.

He said he never gave his name. His driver’s license turned up missing and does not know how police knew who he was to give him arrest him on counts of obstruction of a public passage and resisting arrest.

“I was basically kidnapped. They just kept me,” Gilbert said.

He said he believes was just swept up in the mass arrests that night.

The street protests came days after Sterling was shot to death by a Baton Rouge police officer in front of a North Foster Driver convenience store after a struggle. Police had been called to the store in response to a report of a man with a gun and say they recovered a gun from Sterling, who had been Tased prior to the struggle. The shooting was caught on cell phone videos and sparked nationwide protests.

In addition to complaints about the Sterling protests, Kiai heard from the father of Victor White III, who was shot in the back of a New Iberia sheriff’s vehicle in 2014 while handcuffed, and from residents who complained about other instances of police excessive force.

Kiai's visit comes as the city is burying three law enforcement officers who were killed on Airline Highway by a lone gunman from Kansas City, Missouri.

Kiai plans to hold a news conference July 27 in Washington, D.C., to deliver his preliminary findings, though a final report isn’t expected until next June to the UN Human Rights Council.

Regarding your headline, "U.N. Rep. hears protest complaints," in The Advocate.