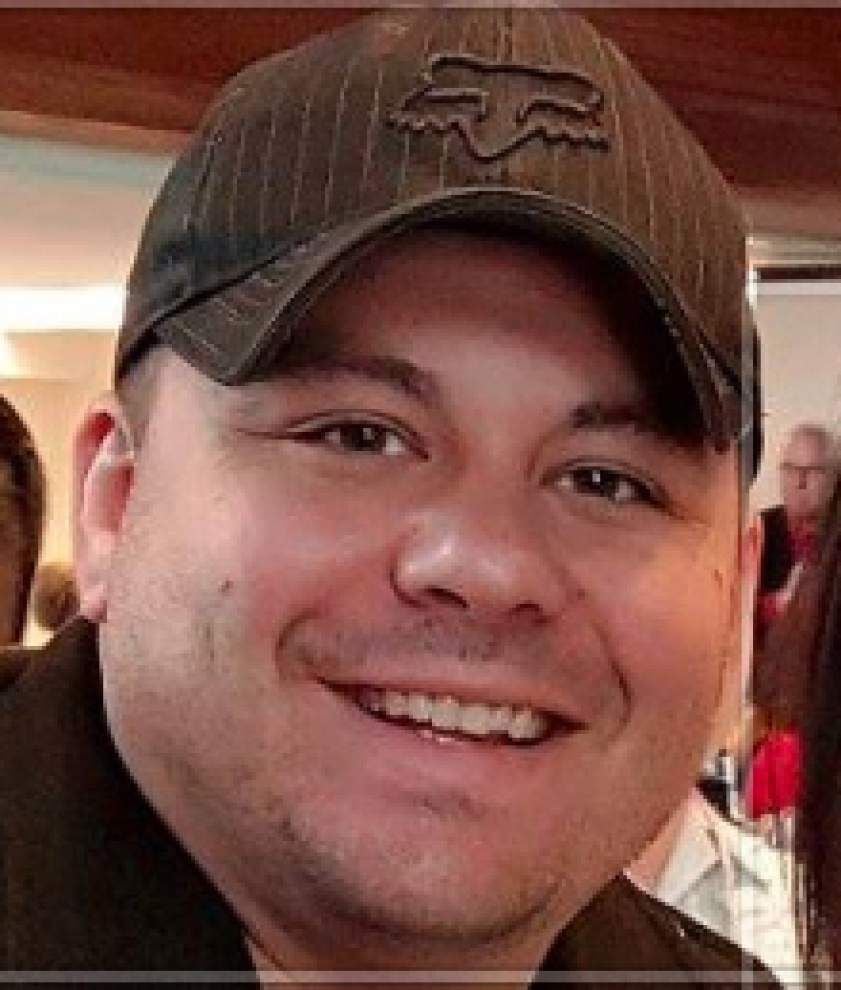 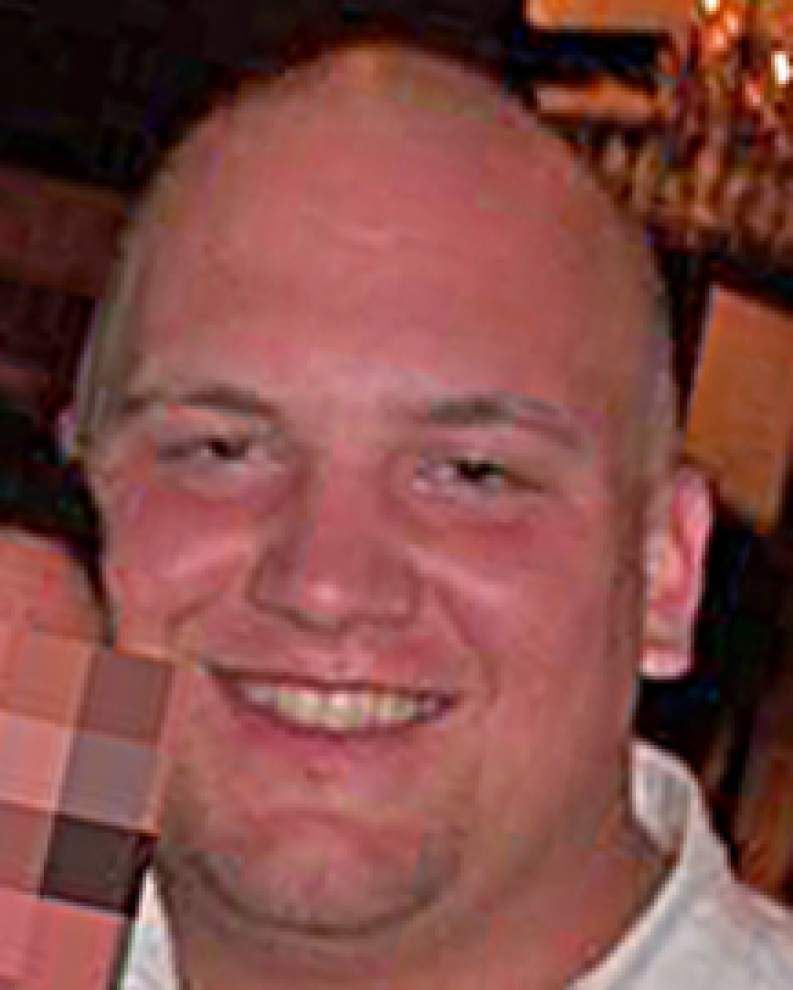 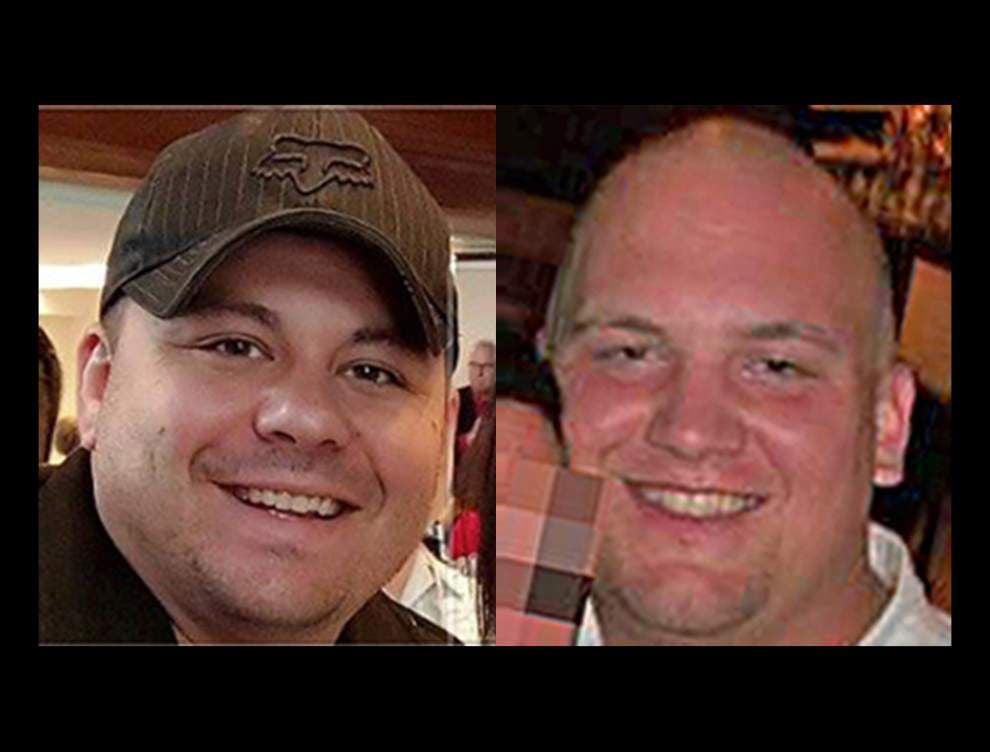 Salamoni, a third-generation law enforcement agent, is the hatless officer seen in cellphone videos of the incident yelling at Sterling, who was armed, to stop moving before pointing a handgun at the 37-year-old’s chest. About six shots are heard in the clips. The Baton Rouge Police Department has said only one of two officers killed Sterling.

Salamoni is heard crying “F***!” after the shooting is over, and Sterling is seen bleeding, lying on his back outside the Triple S convenience store at 2112 N. Foster Drive. Howie Lake II, the other officer seen pinning Sterling down, appears to retrieve an object from the man’s right pants pocket immediately after the shooting; a witness, Triple S Food Mart owner Abdullah Muflahi, has said the object was Sterling’s revolver.

While the Baton Rouge Police Department has identified the officers as Salamoni and Lake, they have declined to answer questions about which one fired his weapon. Neither Salamoni nor Lake could be reached at their residences or by phone Wednesday and Thursday. Attempts to contact them through their attorneys have been unsuccessful.

Few new details have emerged from officials since the shooting investigation was handed over to the U.S. Department of Justice on Wednesday, meaning the review will bypass local and state law enforcement agencies. Experts say involving federal authorities early after a killing by police is becoming more common in the two years since Ferguson, Missouri, erupted over the perceived sluggishness and lack of transparency by local officials after a man was slain by an officer there.

But more than 600 pages of personnel documents released Thursday, along with other records compiled by The Advocate, provide some insight into the pasts of Salamoni and Lake, each of whom have spent only a few years on the force.

A onetime construction worker, Salamoni comes from a family of public safety officers. His mother, Melissa Salamoni, served 32 years as a Baton Rouge police officer, rising to the rank of captain and becoming the organization’s first female chief of staff. She earned 20 letters of commendation in her career.

“It’s a fun job,” the younger Salamoni said of his profession in an interview with The Advocate in 2013. Salamoni said he enjoyed the chases involved in his work, though in the article, he joked that he’s spoiled by his secure job and air conditioning.

Salamoni had only one complaint sustained against him in his four-year career, for which he received a letter of caution in an automobile crash that happened in June 2012. The sustained complaint was later marked “expunged.” In July 2015, while responding to a report of a man being pushed out of a moving vehicle, Salamoni was accused of chasing the automobile into a retaining wall, causing injuries.

And in August , the Catholic High School graduate admitted to striking a man in the head, causing the arrestee to need stitches because, he said, that was the only way to subdue the man, who was trying to grab the officer’s stun gun.

Both of the latter incidents were found “not sustained,” records show.

Salamoni said he graduated first in his academy class in August 2011, according to an Advocate article. He joined the department’s Special Response Team, colloquially known as SWAT, last year.

As an officer, Salamoni has received numerous commendations, including a lifesaver award in 2014 for saving an unconscious man from an overheated house, records show.

Salamoni graduated in 2010 from Southeastern Louisiana University in Hammond with a criminal justice degree, according to records from the department.

Another Southeastern graduate, Lake, 28, had a use-of-force complaint lodged against him in April 2014 on allegations he injured a 15-year-old boy while trying to arrest him. In another incident in December of that year, Lake was accused of using force after responding to an incident in which another officer fired at an armed man, striking him. Later, the man, Kevin Knight, pointed a revolver at a different officer, and several lawmen, including Lake, fired several rounds at Knight but didn’t kill him, according to a shooting review report of the incident.

Records show Lake was “exonerated” of both complaints.

“The heroic acts of these officers speak volumes of their determination, courage and fortitude,” Sgt. Dave Mays wrote in a memorandum to Dabadie about the shooting incident with Knight. “However, most of all for me, all these officers went back to their families unharmed, which is the upmost IMPORTANCE!!! GREAT JOB MEN.”

Dabadie replied, in handwriting: “This is an awesome display of control in a hostile situation. Please forward to awards committee for consideration.”

Kenny Guillot, who was Lake’s football coach at Parkview Baptist School, declined to comment about the former student, forwarding the query to a spokeswoman, who was not reachable.

Salamoni and Lake, both uniform patrol officers, were placed on paid leave immediately after the shooting and have been ordered to remain at their residences during normal work hours, according to a letter from Dabadie.

U.S. Attorney for the Middle District of Louisiana Walt Green, whose office is coordinating the federal criminal investigation of the incident, said he could not confirm that Salamoni was the shooter, citing the ongoing probe.