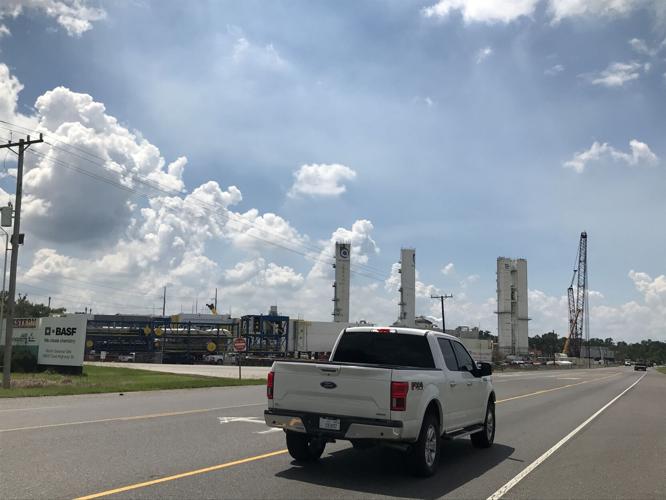 Traffic passes on La. 30 near BASF and Air Products Tuesday, Aug. 30, 2022, before plants let out for the afternoon rush hour. Ascension Parish officials have created a new taxing district to help finance improvements on La. 30 and other highway in this area. 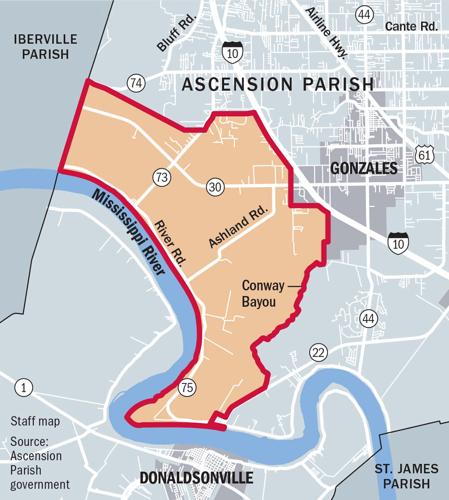 Traffic passes on La. 30 near BASF and Air Products Tuesday, Aug. 30, 2022, before plants let out for the afternoon rush hour. Ascension Parish officials have created a new taxing district to help finance improvements on La. 30 and other highway in this area.

Ascension Parish has established a new district that would, with additional measures, divert tax revenue from new and expanding industry to improve roads in the parish's east bank industrial corridor along the Mississippi River.

Even as projects in neighboring St. James Parish run into legal and regulatory hurdles spurred by environmental and community groups, Ascension's already sizeable industrial zone in Geismar has been tagged for several billion dollars in expansions and new facilities.

Ascension Council Chairman John Cagnolatti said the parish has garnered one-third of all new permanent manufacturing jobs in the state of Louisiana since January.

On Thursday, the council backed four new property tax exemptions for projects that together represent 340 new permanent jobs and an annual payroll of $35 million.

Parish officials hope to use the growth in sales and property tax revenues from new facilities and put it toward road construction and right-of-way preservation along La. 30 and other roads west of Gonzales.

In addition to existing congestion, a new Mississippi River Bridge south of Baton Rouge is being contemplated that could dump even more traffic on La. 30. Also, a planned sewer system expansion will need roadside land routes to send wastewater to a future regional plant and to discharge into the Mississippi River, parish officials said.

Cointment noted that some of those improvements, especially an interchange, could take years to clear regulatory requirements and be built.

"It's not a simple project," he said. "That's why this (district) makes sense for us to be able do more projects a little sooner, a little faster, with an overall concept of that corridor and preserving the corridor for improvements."

The Parish Council agreed Thursday to create the east bank district but still must work out the mechanisms actually to collect the tax revenue and create a plan to improve the roads.

The newly adopted district tracks the Mississippi River from open land in the Darrow area southwest of Gonzales upriver to the parish line with Iberville. The district also reaches up to parts of La. 74 and Cornerview roads but would be outside Gonzales city limits.

The district is expected to mirror a similar infrastructure district that parish officials applied to a large area of farm and swamp land on Ascension's west bank near the community of Modeste upriver of Donaldsonville. For several years, officials have been trying to turn that rural area in a new industrial zone but haven't nailed down takers yet.

Whatever the final language is for the tax collection methods, parish officials have emphasized the new east bank district will not involve new taxes.

Adam Parker, a lawyer with Butler Snow who is shepherding the district, said districts like the one Ascension just created do have the power under state law to levy new taxes. The district will be overseen by the Parish Council. Any new tax would require a vote by residents in the district.

The Ascension district would use the latter route: only the new "increment" in tax revenue from plant construction and expansion would be collected. That increment would be established through the creation of a baseline year of tax collections against which new years of collections will be measured. The growth over the baseline year is the tax increment that would go to the new district.

Parish officials said the district would also build in annual increases to the baseline so tax revenues for traditional parish expenses would not be artificially capped and fall behind with the passage of time and the rise in inflation.

Parish officials have talked about diverting revenue from the existing parish government property taxes and the parishwide 1-cent sales tax. Cointment also said state officials have had "positive talks" with him about also using 1 cent of the state sales tax.

While Cointment said he doesn't yet have a signed agreement, he had enough of a commitment from the state to move forward. To use the state dollars, the parish would have to follow the state road plan.

"If we do improvements on (La.) 30, it needs to fit that DOTD plan, and we're able to move a lot faster. And we're able to take advantage of this growth spurt and the taxes that may come from this new construction to benefit that corridor," he said.

After some early questions, parish officials say they've also settled big picture concerns about who will have a say on spending the money.

Councilman Travis Turner, who represents the Geismar area, had argued he and fellow Councilman Joel Robert should have extra voting power among the rest of the council because the improvements and the plant expansions both directly affect their constituents.

But, Turner said he's agreed to the district without that demand. One of his assurances is the yet-to-be-developed economic development plan for the district that would prioritize projects.

Parker, the Butler Snow lawyer, told Turner the road work must have a direct connection, or "close nexus," with the road district.

That required connection wouldn't preclude work on improvements that might fall somewhat out of the district but wouldn't allow that work to go too far afield.

"It's got to benefit the district directly," Parker said. "So, we're not going to do something in another state or another part" of the parish.