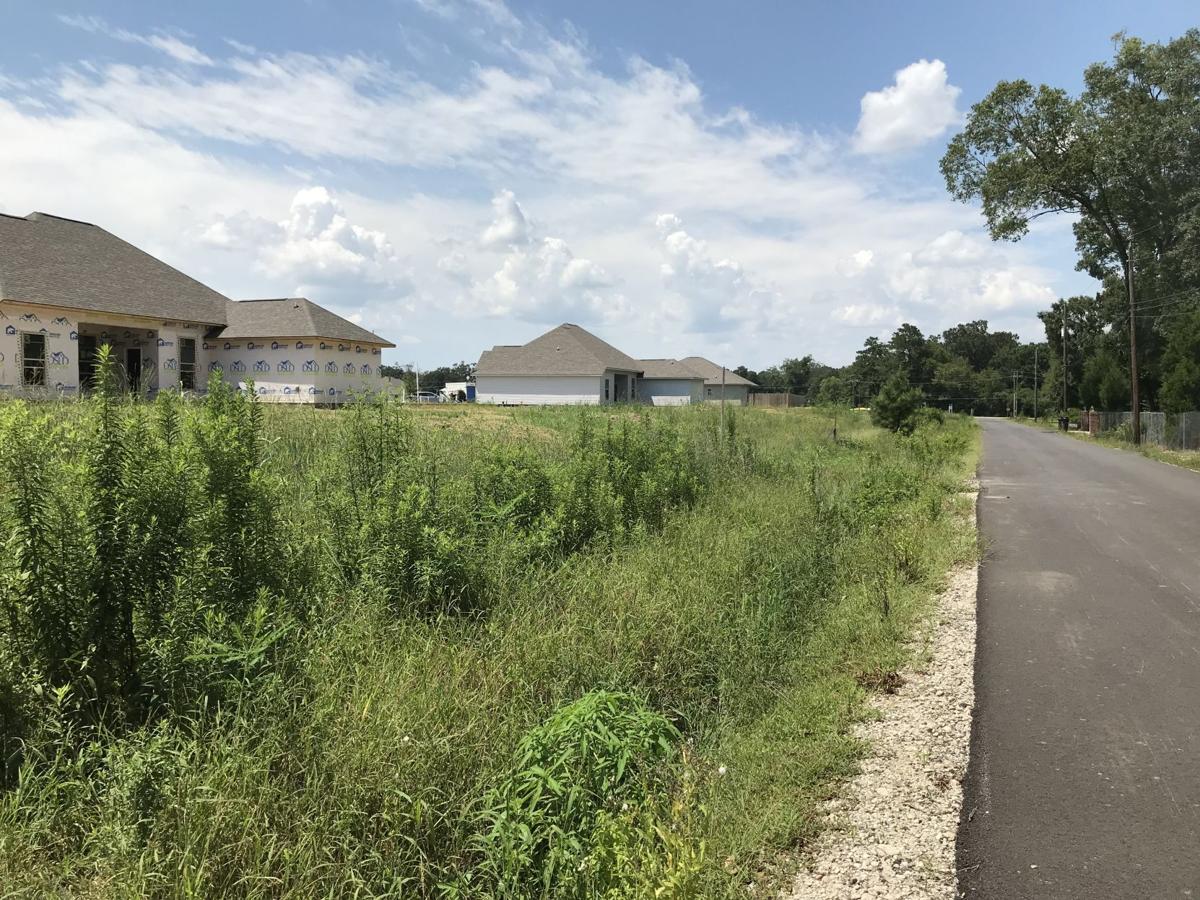 New houses under construction in August 2019 sit high on dirt pads in the Lakeside Terrace neighborhood along Bill Morgan Road south of La. 42 in the Galvez area of Ascension Parish. After floods, intense rains and continuing traffic, rules on new home development are getting a closer look in 2021 by Ascension Parish government. 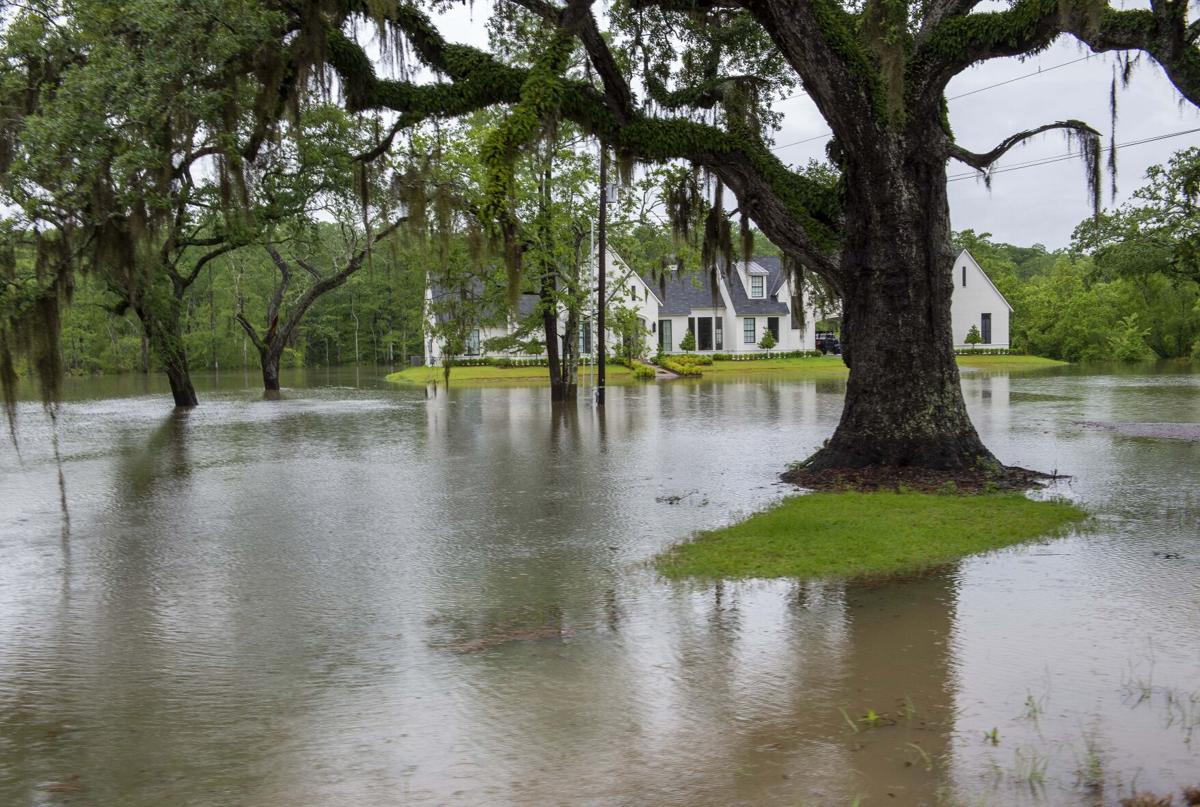 Water surrounds a house along flooded areas on Bluff Road Tuesday May 18, 2021, in Ascension Parish, La.

New houses under construction in August 2019 sit high on dirt pads in the Lakeside Terrace neighborhood along Bill Morgan Road south of La. 42 in the Galvez area of Ascension Parish. After floods, intense rains and continuing traffic, rules on new home development are getting a closer look in 2021 by Ascension Parish government.

Water surrounds a house along flooded areas on Bluff Road Tuesday May 18, 2021, in Ascension Parish, La.

Under pressure from residents upset about frequent flooding and snarled traffic, Ascension Parish leaders this summer put a nine-month moratorium on building new neighborhoods so they could come up with new restrictions on development.

By the time that moratorium expires in April, the consultant studying those rules says it will have a handful of smaller, interim changes ready. But a full rewrite of the code likely won't be ready until the summer of 2023.

Meanwhile, the clock is ticking for Ascension, which has been Louisiana's fastest-growing parish over the past 20 years.

The moratorium's effect on housing

Builders, who opposed the moratorium, say the halt in construction has made affordable housing hard to come by and has hurt employment for contractors, roofers and others in the construction industry.

Housing supply has fallen from a 2.1-month inventory to a 0.9 months -- meaning there are about half as many homes available to buy, according to data from the Greater Baton Rouge Home Builders Association, which opposed the moratorium.

The median price of a single-family home in Ascension Parish rose by 8.1% from October 2020 to October 2021; by contrast, the Greater Baton Rouge area overall saw prices rise by .05% during that period.

Tareq Wafaie -- project manager for Kendig Keast Collaborative, the Texas-based consultant overseeing the code rewrite -- says it's an "aggressive" timeline to rewrite a parish code in 18 months. But he says his firm is mindful of the ticking clock the moratorium sets.

Wafaie hasn't specified what the interim or long-term adjustments might be. But, in public meetings, he has generally discussed ways to better control and find what he calls the "sweet spot" of responsible growth.

Left unsaid so far: How would some of these ideas, like land preservation, be paid for? Future public community meetings and council sessions are expected to provide more clarity.

And some concepts could be controversial. Council Chair Teri Casso warned at a council meeting Thursday night about past fights over "connectivity."

The idea, which she has supported unsuccessfully in the past, holds that new neighborhoods need multiple ways in and out so they do not funnel all their traffic onto major highways,

Casso wished Wafaie "good luck" with getting the necessary votes for connectivity, warning that past fights over tying new neighborhoods to older ones have gotten "ugly."

Wafaie responded that Kendig Keast doesn't have "a stake in the game" in Ascension and sometimes communities aren't ready for certain ideas.

Wafaie said his firm would listen to the community and try to find as many ways as possible to implement different concepts. They have been meeting with a host of parish residents, business leaders, government officials and others with a stake in parish development rules.

Despite misgivings one group or another might have, the council will have to find a way to make major changes if they are to meet Parish President Clint Cointment's goals for the initiative.

Displaying aerial photographs from 1998 and 2021 that show open fields and woods turning into a grid-like road network with homes, Cointment has used one piece of the Dutchtown and Geismar areas as an illustrative case study of the need for his broader goals.

The 589-acre area grew from 50 houses to 740 houses between 1998 and the present, according to a parish government analysis.

All those new roads, rooftops, sidewalks and driveways have increased the storm-water runoff during a 1-inch rain nearly 21-fold. That has led to flooding problems in the area between La. 74 and Cornerview Road and between La. 73 and Interstate 10.

Cointment asked rhetorically in a recent virtual listen tour meeting what major road or drainage projects have happened in that area to account for all the new homes and concrete.

"This is why we have to take an aggressive approach on planning," he said.

Fights over development and flooding have gotten ugly over the past year or so.

Cointment and some on the council had wanted a longer moratorium, but a majority on the council wanted a shorter one. That disagreement led to a major falling out that eventually caused the council to revoke Cointment's authority over drainage work; the council and Cointment recently worked out a deal in which Cointment would keep drainage powers but gave council a drainage liaison, former parish official Bill Roux.

GONZALES — With a potent tropical disturbance gathering force in the Gulf of Mexico, Ascension became the second Baton Rouge-area parish in tw…