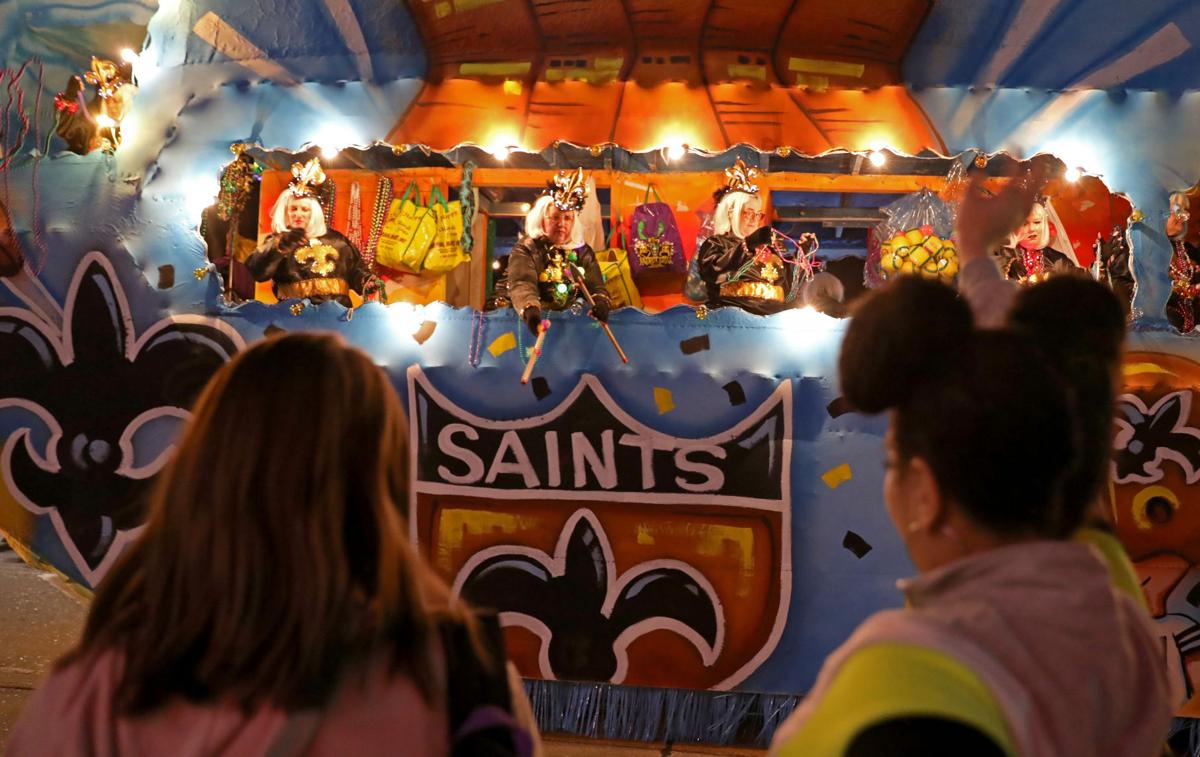 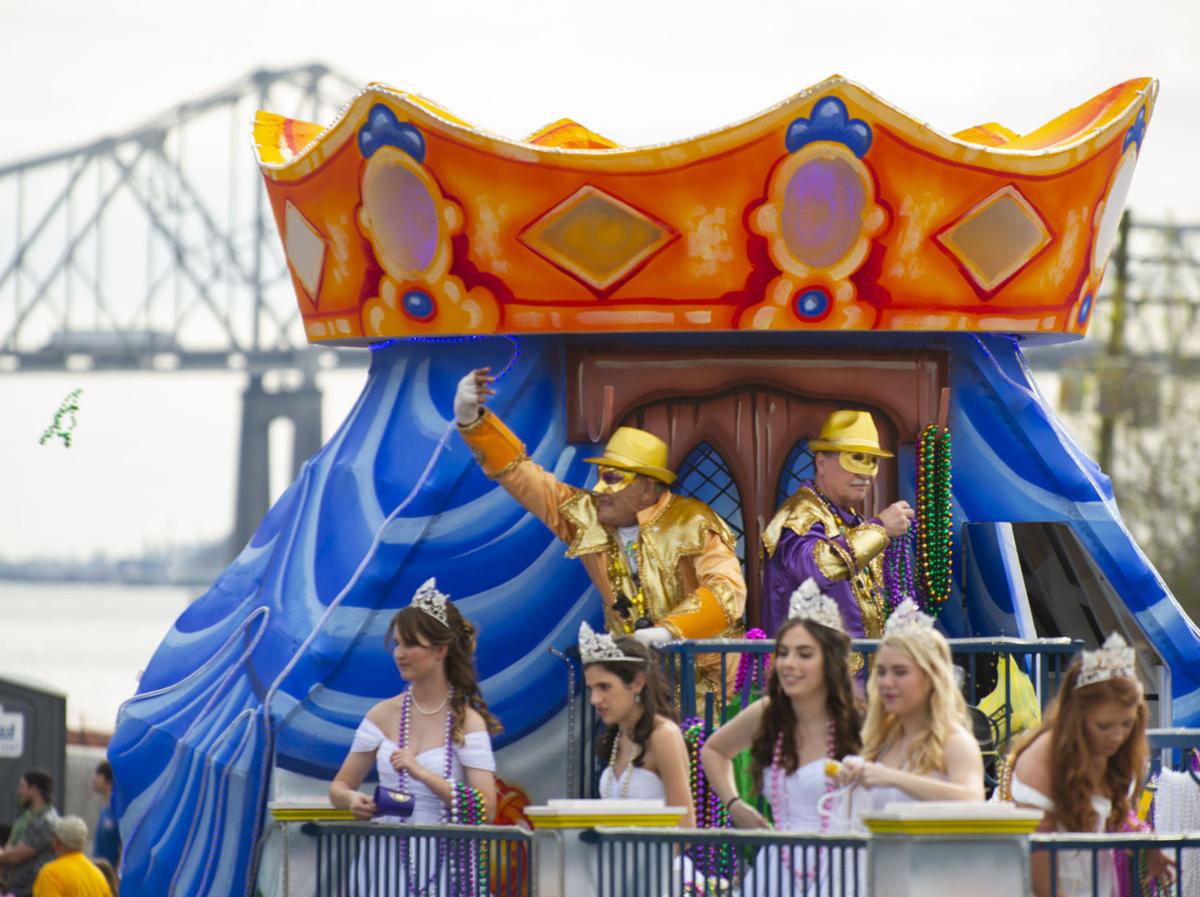 With four months until Mardi Gras, several Baton Rouge krewes have begun booking spaces for their balls, assembling throws and stitching costumes despite the coronavirus pandemic throwing much into flux.

Preparations and planning for the following year’s Carnival season often begin not long after Fat Tuesday. Some groups have trudged forward with their Mardi Gras plans for 2021, while others are on the fence until they have a better sense of what they’ll be allowed to do under state and local health measures.

“We’re doing all of our beads and all of our stuff in hopes that life does allow Mardi Gras to happen,” said Krewe of Artemis Captain Joanne Harvey. “Really, right now, everything’s up in the air.”

The Krewe, an all-women’s group that kicked off its 20th anniversary with a socially distanced coronation this month, essentially made two plans ahead of Carnival season because of the uncertainty brought on by the pandemic.

One will see them continue as usual with parade and event planning, while also navigating the logistics of holding events, and balls. Their plan B: Stash all the beads and other material in a warehouse so it's ready for 2022.

Organizers for the Spanish Town Mardi Gras parade say much of what happens is out of their hands for 2021. In order to move forward with plans for 2021, they and other groups need to know whether parade routes could change, and if the city and state will allow large gatherings, among other factors, they said.

The Krewe of Artemis introduced its 2021 royal court at its 20th coronation event Oct. 3 at the Hilton Baton Rouge Capitol Center. The royal c…

The viral outbreak brought daily life to a grinding halt as cases in Louisiana ballooned in March. Organizers for the St. Patrick’s Day Parade, one of Baton Rouge’s largest events, postponed the festival just days before the governor issued a stay-at-home order.

Cancellations for other festivals around the state quickly followed the order, upending Louisiana’s festive culture.

Some seven months later, the state has gradually reopened parts of the economy and allowed for some social events. Current restrictions on gatherings and events don’t allow for the size of parties and parades pre-pandemic.

Event centers are limited to 25% capacity or up to 250 people, whichever is less, which has some Krewes nervous about holding balls, dinners and other parties. Most krewes and other Mardi Gras organizations are nonprofits, and the money generated from dinners, soirées, awards and other parties help fund parades and other events.

If, for example, the River Center — where many krewes hold balls and other events — caps attendance at around 750 people, that wouldn’t be close to regular attendance, even for an off-year.

“750 people would be our worst year,” said Krewe of Tucumcari board member Darrell Ourso.

With a high level of ambiguity, organizations like Krewe of Iduna decided to tap the brakes until 2022. Others are waiting to decide to move forward.

But time is ticking, and it’s left a sense of nervousness for those caught in the middle because of the level of planning that’s involved and lack of any decision by state and local leaders.

“You can’t flip the switch to it,” said Krewe of Orion Captain Daren Coates. “I can’t wait until December and hear: ‘Hey Daren, you can have a parade.’”

Coates said his organization would likely need to make a decision in the next few weeks and worries that a rush to prepare for a parade could see a dip in quality.

“We want to be able to put on something the community can appreciate," he said.

New coronavirus cases in Baton Rouge have declined following a spike in infections this spring and another this summer. It’s a trend city leaders say they don’t want to risk undoing while also balancing the needs and desires to keep the city’s economy running.

The city hasn’t made a decision on whether it will allow parades during Carnival season. But, in recent weeks, it has allowed foot races, trick or treating and allowing fans back into LSU football games at 25% of the Tiger Stadium’s capacity.

Harvey said that, if the city can allow for such events, there would be plenty of room on the Spanish Town parade route for people to physically distance.

Mark Armstrong, the mayor’s spokesman, said the city plans to make a decision at a later time on parades, but the number of cases and restrictions the state may have in place will be large factors.

Every spring, Tamiko Garrison fills her calendar with festivals and events, coordinating the days she and her friends will take off work to ca…