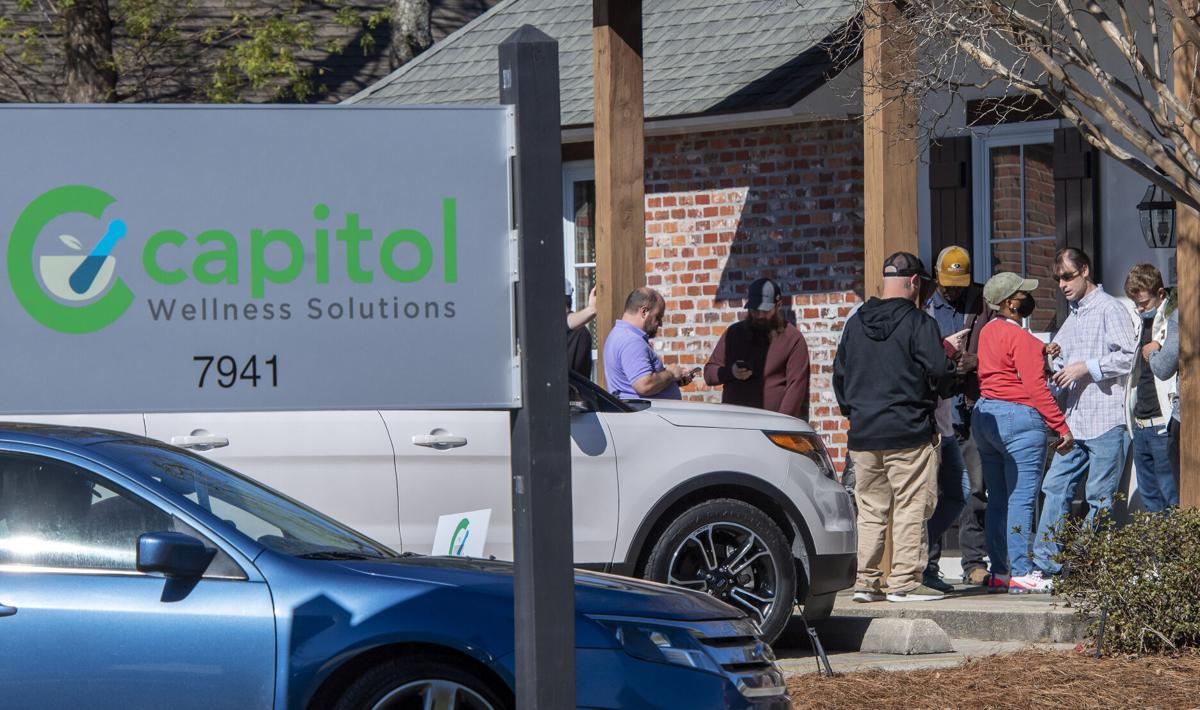 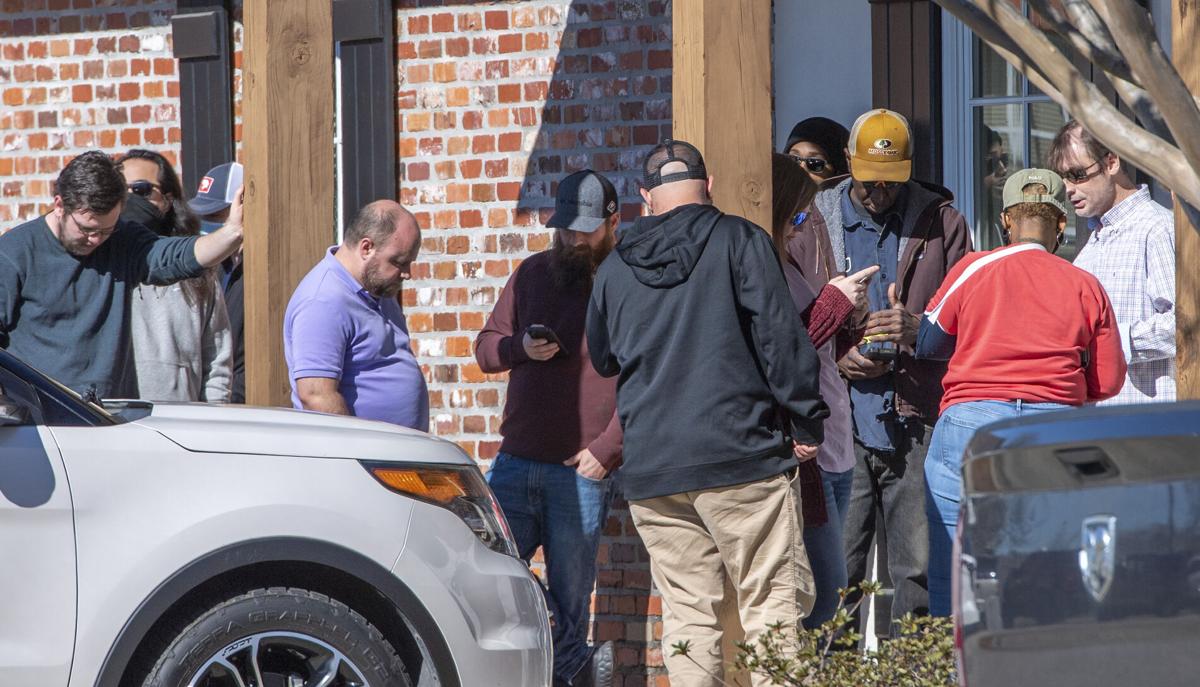 Patients flocked to Louisiana’s handful of medical marijuana pharmacies on the first day the smokable form of the plant became available, with people reporting hours-long waits and limits on the amount of product they could buy at some places.

The long-awaited rollout of marijuana flower arrived Jan. 1 when a new law allowing the sale of the most popular form of the drug went into effect. Previously, only non-smokable forms like tinctures and vapes were allowed. Monday was the first day of sales for the pharmacies.

Patients waited in long lines to get their first batch of the legal flower product, which was available in three strains at prices that varied widely – from roughly $35 to $80 for an eighth of an ounce – depending on the pharmacy.

About 150 pounds of smokable marijuana, produced by the state’s two licensed growers, hit the shelves of the nine marijuana pharmacies across the state in recent days. That amount, which works out to nearly 20,000 eighth-ounce servings, represents the first batch approved by regulators. Growers say bigger shipments are on the way in the coming days and weeks.

The Louisiana Department of Agriculture and Forestry approved 193 pounds for sale starting Jan. 1, according to a spokesperson. John Davis, president of Good Day Farm, one of the state's two growers, said the company held some back to see what demand looked like in the first week. He said the company has 300 more pounds waiting to be tested, including two additional strains.

Dustin Daigre, 39, arrived at Capitol Wellness Solutions, Baton Rouge’s only licensed marijuana pharmacy, around 9 a.m. Monday. He didn’t leave with his baggies of marijuana until after noon. Patients navigated an overwhelmed parking lot in a sleepy office park in the health district and waited in a long line outside to get their meds.

“I hope this gets a lot of people off opiates because they’re dying left and right,” said Daigre, who got into medical marijuana after seeing a family member become addicted to pain pills. “I can go out and play with my kids now. Before that, my knees were so messed up…It’s gotten to where I can actually live my life.”

One woman waiting in the back of the line left upon hearing she might have to wait for hours. Another, Chrystal Ellis, said she was waiting to get the CBD products -- the non-psychoactive compound in the cannabis plant -- she’s been buying since last year to help with her osteoporosis and arthritis. But she said she may try the flower, depending on how much it costs, noting the products she normally buys are expensive.

New numbers for how many patients have gotten recommendations for medical marijuana will become available Wednesday, likely reflecting an uptick ahead of the flower rollout. As of the third quarter of last year, there were 14,663 patients with recommendations, according to the Louisiana Board of Pharmacy.

Patients and industry sources in Louisiana reported prices Monday ranging from about $10 to $25 a gram depending on the pharmacy and the strain. In Colorado, which opened up its medical marijuana program to the masses around 2009, medical pot goes for between $11 and $14 a gram, according to the cannabis tracking site Budzu.

Doug Boudreaux, owner of Shreveport’s Hope Pharmacy, said he had never before had a line out the door until Monday, when about 25 people were lined up outside to get their marijuana recommendations filled. It was his pharmacy’s busiest day ever, even including its first day in business.

Boudreaux said he was limiting patients to 6 grams maximum to start in an effort to avoid shortages of product. He expects prices to go down in the coming months.

By around 4:30 p.m., Boudreaux said his pharmacy was sold out one of his three strains after getting a 2-pound shipment of the strain.

“It’s go time. I think it’s finally at a point where we can help more people,” Boudreaux said.

Omar Pecantte, who runs the Houma region’s marijuana pharmacy Green Leaf, said he was booked with appointments through next Wednesday, and still had walk-ins arriving Monday. He said his pharmacy could be close to running out, depending on the timing of the next shipment.

“I’m crossing my fingers we have enough,” he said.

The select few allowed to take part in Louisiana’s legal marijuana industry expect flower sales to grow the market substantially. Marijuana flower is the most popular form of the drug in other states, though edibles have gained favor in recent years.

Flower was previously banned from the medical marijuana program because advocates had to make a host of stringent rules to get support for the measure from Louisiana’s conservative Legislature, which is generally sympathetic to law enforcement groups that were initially skeptical of medical pot.

Since then, opinions around medical marijuana have shifted as Republican lawmakers saw constituents take part in the program, and the rules have been loosened considerably. House Speaker Pro Tem Tanner Magee, R-Houma, sponsored the measure legalizing flower sales last year, around the same time the Legislature reduced penalties for people caught with small amounts of illegal pot.

Now, prospective patients can easily get a “recommendation” -- a term of art for a prescription -- for marijuana by a doctor for any ailment they deem fit, and they are able to get the smokable form of the drug at the pharmacies.

As of this week, patients now have access to three strains of flower, two from LSU’s grower Good Day Farm and one from Southern University’s partner Ilera Holistic Healthcare.

Davis, president of Good Day Farm, said he expects to start selling pre-rolled joints to pharmacies in the coming weeks. Good Day Farm recently moved into a bigger growing facility in Ruston, where the company will eventually be able to produce thousands of pounds of flower per month, Davis said.

“It feels like another milestone in this program’s history,” he said.

Amid growing pains for Louisiana medical marijuana, advocates look to open up the market

For a moment, newly available medical marijuana flower was a hot commodity in Louisiana, drawing thousands of new patients and huge lines to t…