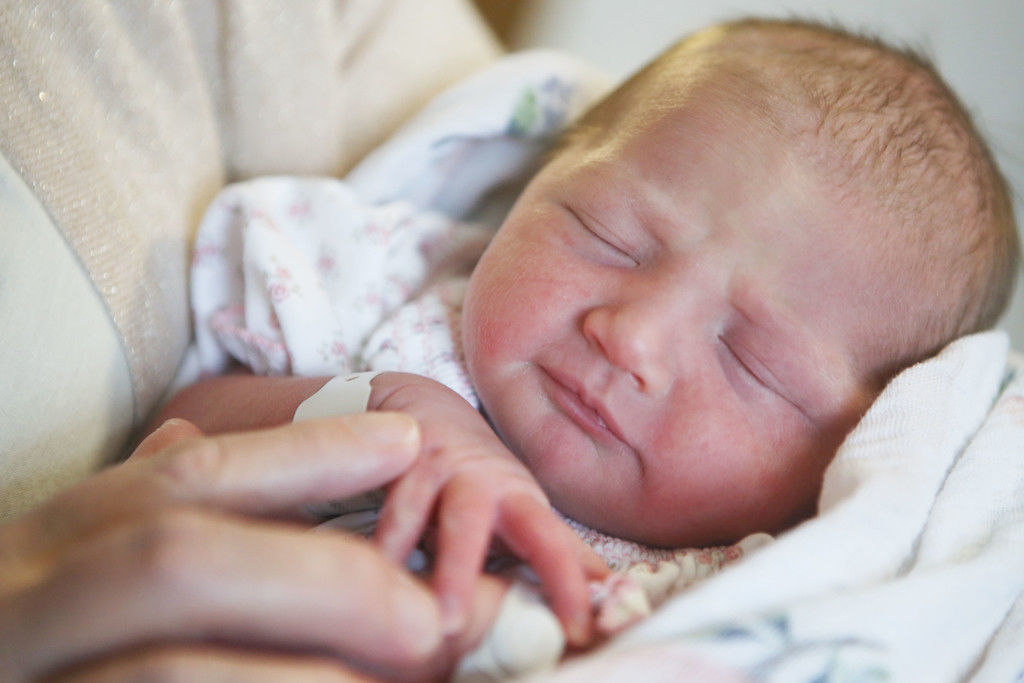 Baby Graceann Michael Gaspard is pictured here Sunday, Jan. 1, 2017. All 12 of the Gaspard children were born at Women’s Hospital. 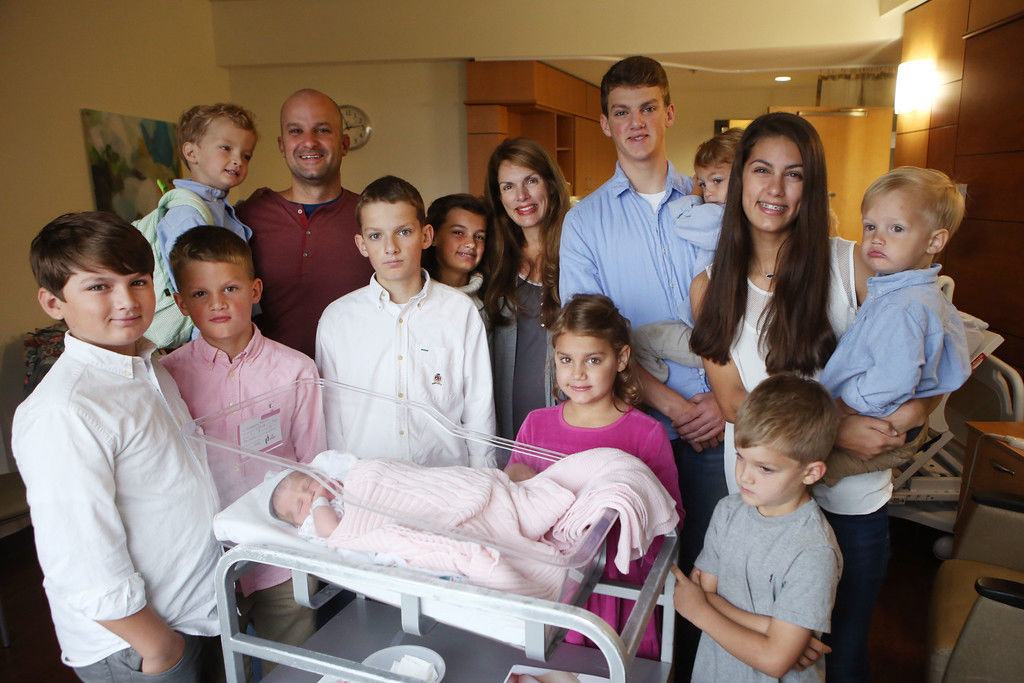 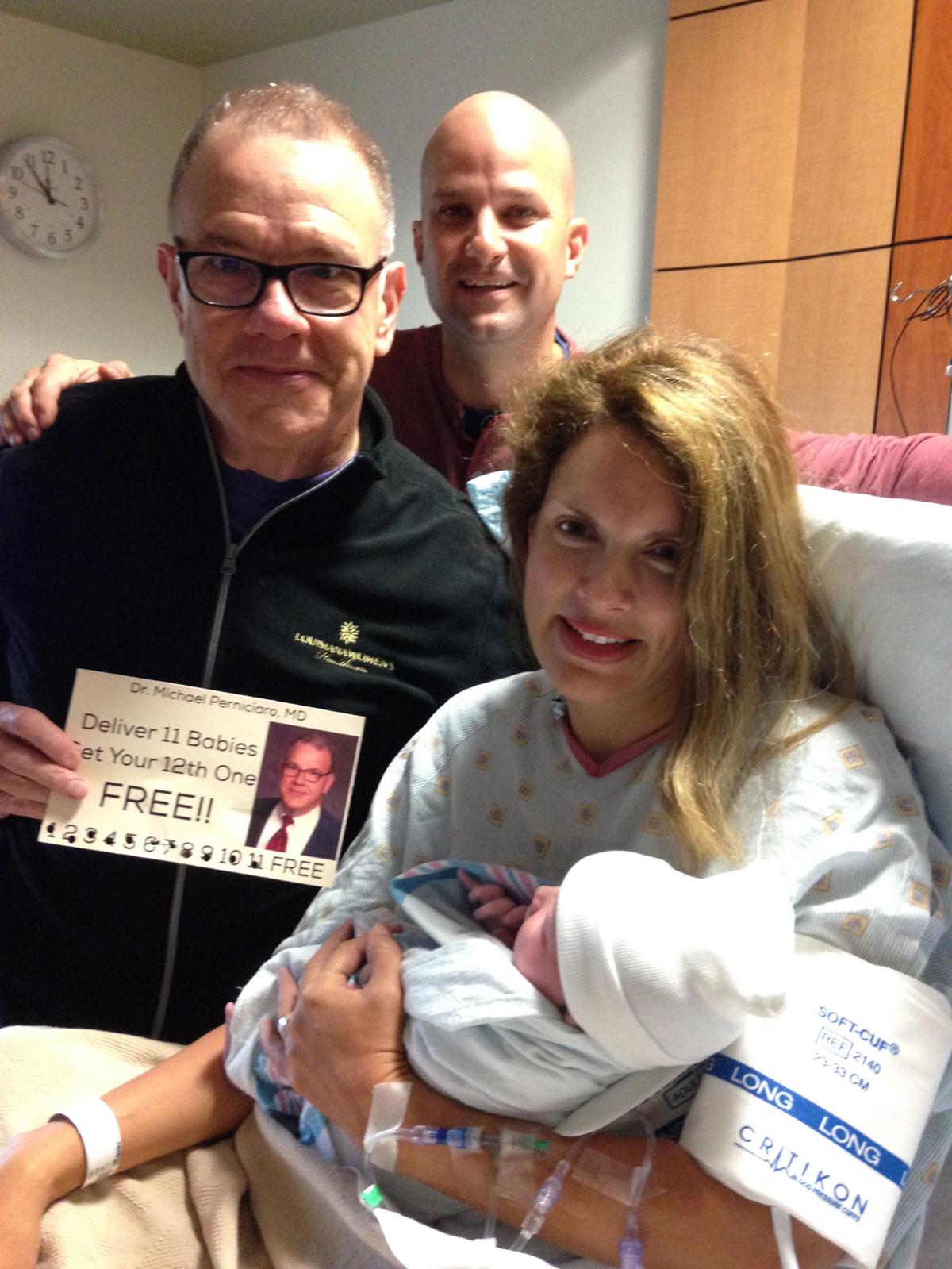 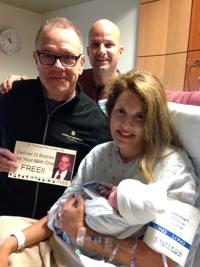 Scott and Jessica Gaspard are pictured with OB-GYN Michael Perniciaro, left, and their newborn Graceann on Sunday, Jan. 1, 2017.

Baby Graceann Michael Gaspard is pictured here Sunday, Jan. 1, 2017. All 12 of the Gaspard children were born at Women’s Hospital.

Scott and Jessica Gaspard are pictured with OB-GYN Michael Perniciaro, left, and their newborn Graceann on Sunday, Jan. 1, 2017.

After Scott and Jessica Gaspard's baby girl was born on Saturday at Woman's Hospital, they handed their doctor a card with 11 holes punched in it.

OB-GYN Michael Perniciaro regularly jokes with new moms and dads that "the 12th one is free," Scott Gaspard said. So when the Gaspards had their 12th child at 11:38 a.m. Saturday, they gave Perniciaro the card and said they were ready to "cash in" on the 12th.

The family is living in Baton Rouge while their Denham Springs home of 11 years, which flooded in August, is being rebuilt.

Graceann is the first of the siblings to be born on a holiday. The family used pink fireworks a few months ago to announce they were expecting a girl, Jessica Gaspard said, but they never expected she'd be born on a holiday associated with them — New Year's Eve.

Gaspard said her family often jokes about taking their "two-day vacation at Woman's Hospital" because they've made so many trips to the hospital to deliver a child.

She's thankful to have a trusting relationship with the hospital's doctors and staff. "They blow us away every time."

Most of the children's first and middle names are variations of relatives' names: Alex is short for Scott Alexander Jr., and Liam comes from Scott Gaspard Sr.'s brother, William. But Graceann's middle name is Michael, after the doctor who delivered her and some of her siblings.

"We broke the mold to work him in," said Scott Gaspard, a Realtor.

Scott Gaspard said Perniciaro has helped him and his wife through several pregnancies and three miscarriages with more than just medical advice.

"There's a heart side to it too in anything in life, and certainly at that moment in time, you can use his compassion," Gaspard said.

Perniciaro is "probably the busiest OB in Baton Rouge, but he makes you feel like you're his only patient," Jessica Gaspard said. He drove in from Gulfport once to deliver one of her children, she said, and on Saturday, he stayed at the hospital all day watching TV waiting for Graceann to arrive.

"You feel like he's part of your family," Gaspard said.

State sees drop in infant deaths, but why does it still lag behind most of nation?

Joia Crear-Perry was a 25-year-old medical school student when she gave birth to her son at just 22.5 weeks, despite her healthy habits.