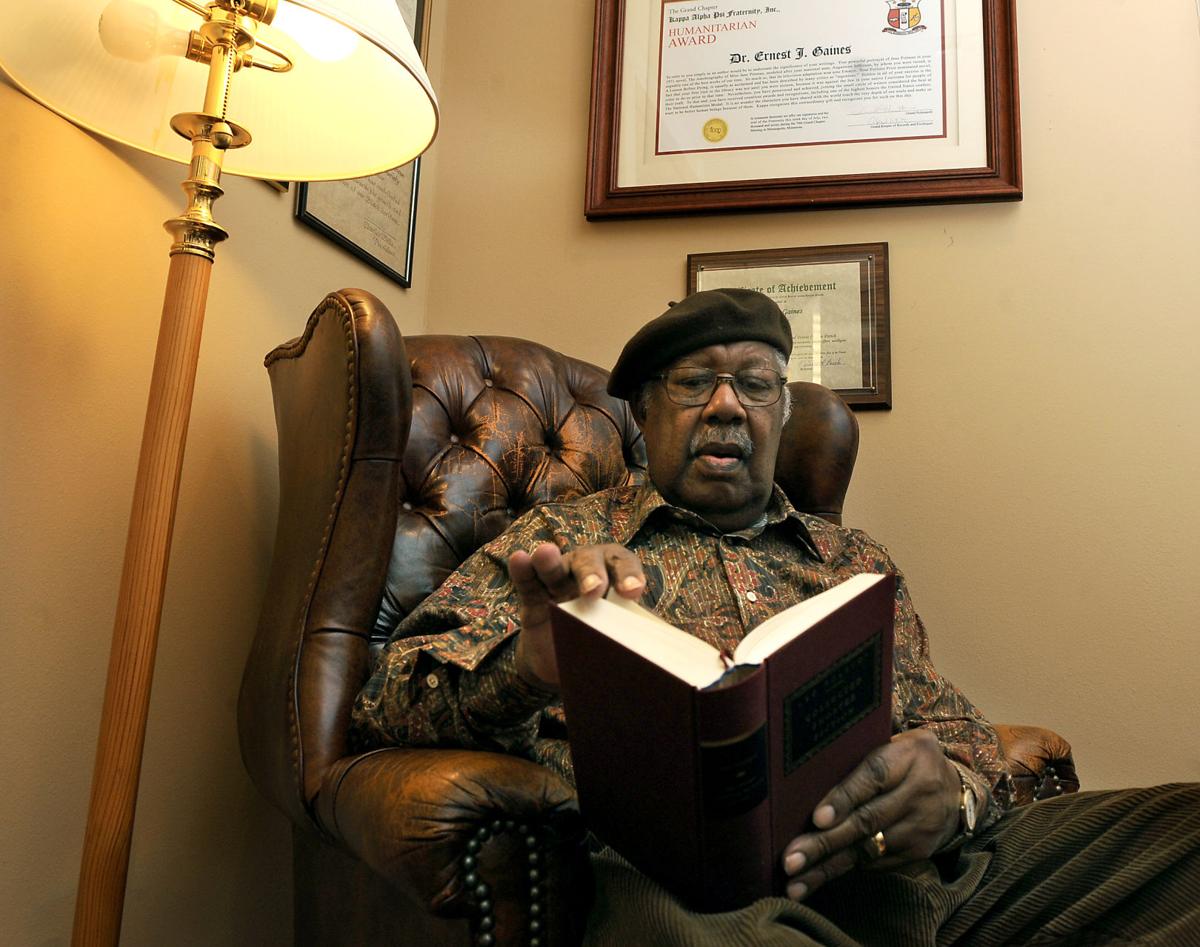 Advocate staff photo by PATRICK DENNIS shot on 1-18-09. 00020141a. Ernest Gaines reads Aristotle in his office at his home in New Roads. 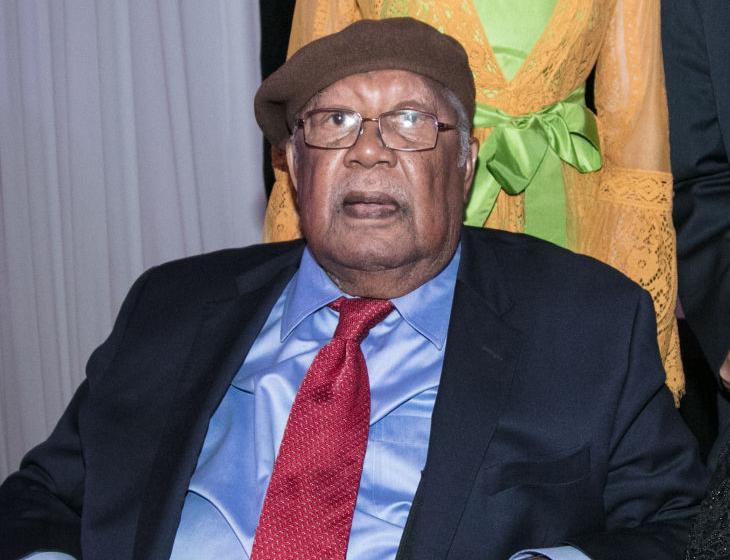 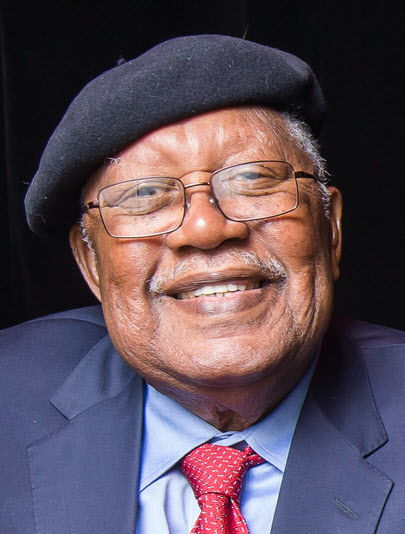 Advocate staff photo by PATRICK DENNIS shot on 1-18-09. 00020141a. Ernest Gaines reads Aristotle in his office at his home in New Roads.

Ernest Gaines, the acclaimed author who drew inspiration from his impoverished upbringing in the rural South, died Tuesday morning of natural causes at his home near New Roads. He was 86.

Raised on the plantation he and his ancestors worked in Pointe Coupee Parish, Gaines went on to pen eight novels and several short stories, earning him a nomination for the Pulitzer Prize for his 1993 novel “A Lesson Before Dying,” as well as several other literary accolades.

His 1971 novel, "The Autobiography of Miss Jane Pittman," was made into a TV film starring Cicely Tyson.

The oldest of 12 siblings, Gaines didn’t have access to libraries under strict segregation during the Jim Crow-era, but drew from his experiences and those around him in his writing.

The parish also didn't have high schools for African Americans to attend, and Gaines had to move to California at age 15 to finish his education.

He devoted himself to his craft, which started as a child when he'd write letters for people to send to their families because they couldn't read or write.

“I would sacrifice everything in the world to be a writer,” he said in a 2016 interview. “No male in my family had gone beyond high school. I just knew that I had to do something.”

But he returned to his home state, eventually buying land on the plantation he was raised on after accepting a job an hour away at the University of Louisiana at Lafayette as a writer-in-residence in 1981.

“He loved Louisiana,” his wife, Dianne Gaines, said Tuesday. “This is where he wanted to return, and he did.”

His novel “A Lesson Before Dying” is one of the most-selected titles for One Book One City, a nationwide reading initiative that encourages everyone in a city to read the same book.

Set in Pre-Civil Rights Louisiana, the story touches on the themes of race relations and injustices after a black man is unjustly executed for murder. The story attained national recognition and Oprah Winfrey featured it in her book club.

“A lot of his writing came from experiences that he lived,” said New Roads Mayor Cornell Dukes. “Seeing that embodied in one person was breathtaking.”

Gov. John Bel Edwards said in a statement Tuesday that Gaines "used his immense vision and literary talents to tell the stories of African Americans in the South.”

“We are all blessed that Ernest left words and stories that will continue to inspire many generations to come,” Edwards said.

Following his retirement from the university in 2004, he worked with the university to later establish the Ernest J. Gaines Center where much of his first-edition work and original manuscripts can be found.

His former students described his classes as awe-inspiring. It allowed them to work closely with Gaines on their writing, even though it came with sometimes bruising critiques and high demands.

Photos: Look back on the life of Louisiana literary figure Ernest Gaines

Author Ernest J. Gaines died at the age of 86 on Tuesday, officials with the Pointe Coupee Parish Coroner’s Office confirmed.

“I learned a lot more just by being in his presence and having the opportunity to talk to him about his writing,” said Carlee Alm-LaBar, who took a creative writing workshop Gaines taught in the fall of 2000.

Cheylon Woods, an archivist who leads the Gaines Center at the university, said she felt a close connection to Gaines because they both had parents who worked as sharecroppers.

“He showed me nothing but support and care from the moment I interviewed for this job up until the last time I saw him a few weeks ago,” she said.

Although the center had not planned a memorial or tribute to Gaines, Woods said the center has long been a place that honors his work.

“It’s special to know for sure that we are following the mission that he set forth through his fiction,” Woods said. “Having that opportunity has been amazing.”

Gaines delayed marriage until he was 60 when he married Dianne.

The couple split their time between Louisiana and California and eventually bought the Mount Zion Baptist Church, which is on the grounds of the plantation where Gaines grew up and attended school until the 6th grade near New Roads.

They had been working to restore and beautify the Mount Zion River Lake Plantation Cemetery.

His family plans to bury him there next to his ancestors.

Dianne Gaines said her husband’s death was unexpected, and they had recently had family and friends visiting the past few weeks. She recalls the frequent visits from past students and even a recent visit from John Bel Edwards who was in the area and asked if he could stop by.

"Aside from the fact he was immensely talented, he was just such a good person,” Dianne Gaines said. "People wanted to be around him."

Dianne Gaines said her husband appeared fine Monday night and was hanging out watching football when she went to bed before him.

Dukes, the New Roads mayor, said Gaines was very active in the community and regularly attended book signings and other community events.

He said the city plans to honor Gaines following his funeral service, which is still being planned.

“Ernest Gaines was an icon in our community, and he will be missed for many decades and even centuries here,” Dukes said.

In the latest effort to turn a profit, Waitr has slashed more jobs and will discontinue services in some markets.

Tellurian CEO shares vision for its $30B LNG bet in Louisiana, need for more pipelines

Ernest Gaines, the acclaimed author who drew inspiration from his impoverished upbringing in the rural South, died Tuesday morning of natural …

Democrats are outpacing Republicans in early voting statewide for the Nov. 16 election. But in heavily Republican and conservative Lafayette P…

Clay Higgins' political warning: 'We could lose America in 2020'

If feature films and short films came to mind when you heard that the Southern Screen Festival gets underway Thursday in downtown Lafayette, t…

The best novelists bring us important news long before it lands in the headlines, and that was certainly true of Ernest Gaines, the Oscar, Lou…