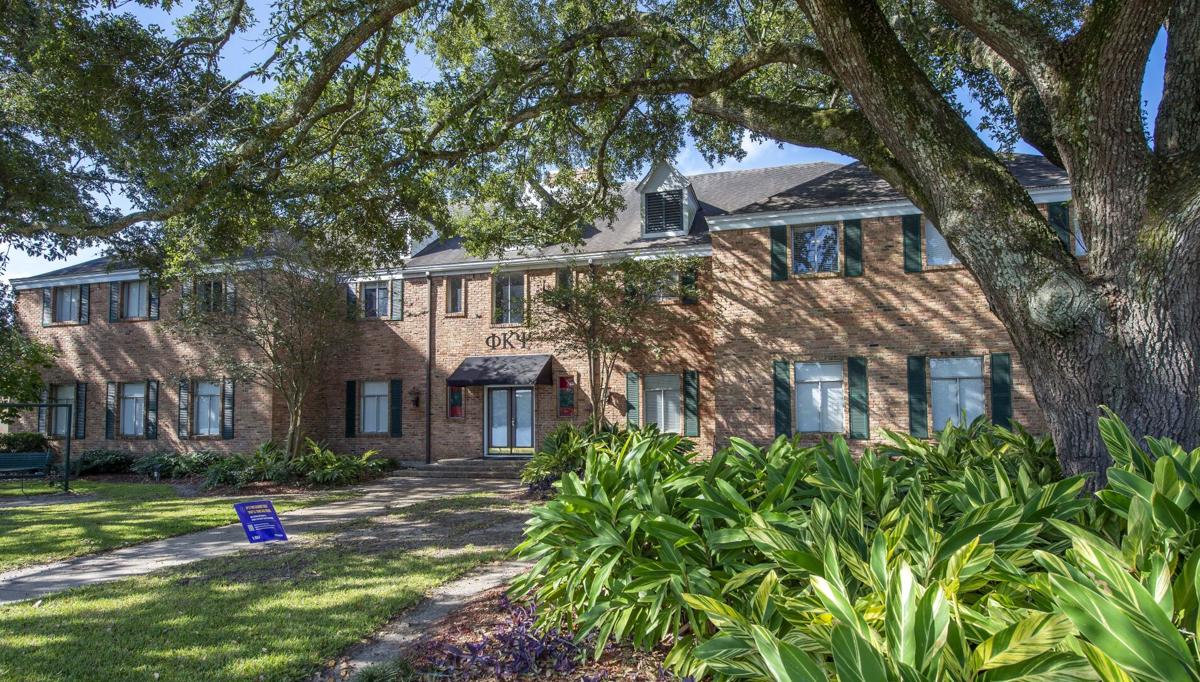 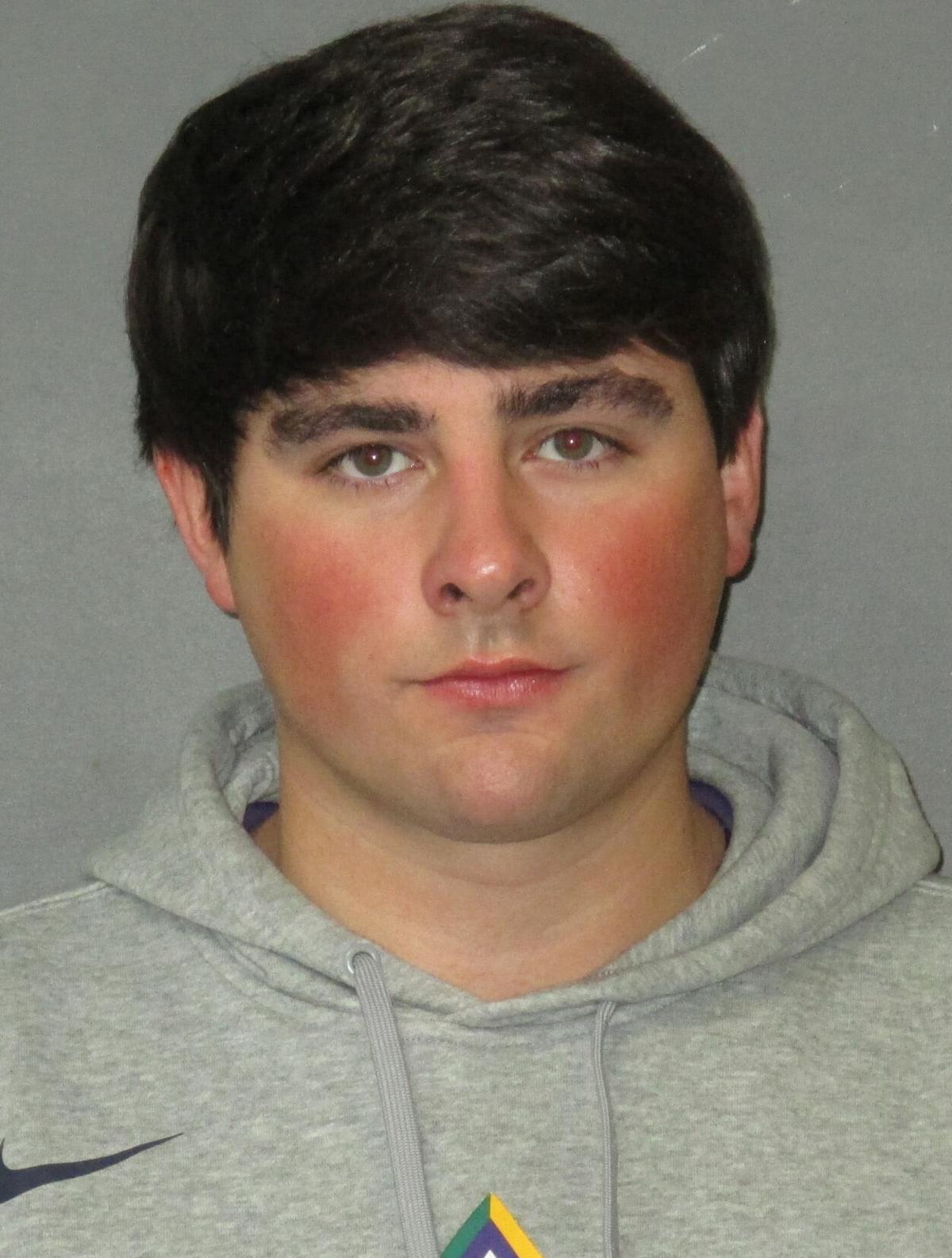 LSU Police booked a student with hazing Monday, two weeks after a freshman member of Phi Kappa Psi fraternity was hospitalized with a blood alcohol content of .451 — almost six times the legal limit to drive — following a night of partying with fraternity brothers that left him unresponsive and foaming at the mouth, with his organs shutting down.

Doctors were able to save the dangerously intoxicated student's life, and he has since been released from the hospital.

But following an investigation, police issued an arrest warrant for Terry Pat Reynolds II, a 21-year-old student from Shreveport who's accused of hazing that student and others, ordering them to down massive quantities of alcohol before allowing them to leave a party. Reynolds turned himself in Monday morning.

"The university has stated on multiple occasions that hazing will not be tolerated and the university acts swiftly when any hazing allegations are brought forth," said LSU spokesman Ernie Ballard in a statement Monday. Lewis Unglesby, who is representing Reynolds, said that his client was not "engaged in any kind of coercive misconduct, period."

The allegations laid out in Reynolds' arrest warrant closely resemble those police made three years ago after freshman Max Gruver died after an evening of forced drinking with his Phi Delta Theta fraternity brothers. Gruver's blood alcohol content was .495, which many health care providers said was the highest they'd ever seen. Anything above a level of .4 can put someone at serious risk of death.

An LSU hazing investigation, one student hospitalized, another dead: How the 3 are connected

After an evening of late-night revelry, the stories of two LSU underclassmen took a tragic turn on Monday.

Among the parallels: An older fraternity member was accused of pressuring new members to get dangerously drunk as part of an initiation process; one freshman wound up unconscious; and discussions among the fraternity brothers ensued about how to clean up the mess.

Gruver's parents took up the mantle of anti-hazing activism in 2017, and his death prompted state legislators to strengthen Louisiana's criminal hazing statute in hopes that future tragedies could be averted. But LSU fraternities have continued to rack up complaints about hazing, physical violence and other problems.

Reynolds now faces prosecution under the relatively new law named for Gruver. He was arrested on the following: one count apiece of felony hazing and failure to seek assistance, plus 12 counts of misdemeanor hazing. The state law criminalizing the failure to seek assistance says that anyone who engages in "reckless behavior that results in the serious bodily injury of any person" shall also give them assistance.

In LSU hazing case, questions remain: Who hurt and who helped a hospitalized freshman?

This much is settled: an LSU freshman wound up in the hospital with alcohol poisoning after a night of partying with his fraternity brothers, …

No other arrests have been made, and officials said other fraternity members were cooperative during the investigation, including turning their cellphones over to detectives. The fraternity remains suspended as LSU investigates potential violations of the Code of Student Conduct. That could result in students being expelled or the chapter being kicked off campus, among other potential disciplinary measures.

The arrest warrant confirms several previously reported details about the incident, including that some members of Phi Kappa Psi brought the freshman to the hospital when they realized his condition was deteriorating after he left the party. Detectives pieced together the following account of what happened that night.

When the student arrived at the hospital, he had "pink frothy foam coming from his nose and mouth, which indicated organ failure," police wrote in the warrant. His oxygen levels were low and body temperature had dropped to 93 degrees, leaving him in critical condition. He was immediately brought to the intensive care unit for treatment.

Several hours earlier, Reynolds had texted the 59 new members who had joined Phi Kappa Psi earlier in the semester. Reynolds held the position of New Member Educator, according to his arrest warrant. He allegedly told the new members to come to his home on Lake Breeze Drive, saying he hoped they were "ready to get hammered if you pull up."

Reynolds provided about a dozen freshmen with alcohol throughout the night, instructing them to finish whole bottles as a group, police said. In some cases, he would not allow them to leave until they had finished a bottle. The report did not specify what they were drinking.

Reynolds later sent another text to new members telling them that at least 10 of the freshmen were "blackout" drunk and would need rides home, according to police. They concluded that in addition to the hospitalized student, another 12 new members were victims of hazing that night.

"It should be noted that there are no records of any 911 calls to the residence during the event, although the defendant was aware of the condition of some of the new members based on the messages," police wrote. In addition to containers of alcohol throughout the residence and in trash cans, police found "multiple areas of what appeared to be fresh vomit" outside the building.

"We've all been 18, 19, 20, and done foolish things that we regret," Unglesby said. "It's just part of the process you go through when you go off to college, but Pat [Reynolds] is not any kind of criminal and certainly has nothing but respect and kind feelings to all of those young men in his fraternity, particularly the new ones."

Efforts to seek medical attention for the dangerously drunk freshman only occurred after someone who hadn't attended the gathering saw him and concluded he needed help, and then coordinated efforts to bring him to the hospital.

That happened when the freshman visited a young woman's apartment after leaving the party. Hours later, the female student died by suicide — a tragedy that raised even more questions about what happened in the meantime, including who had been in contact with the young woman and what was said. Her suicide has not been probed as part of the larger criminal hazing investigation.

After the party, Reynolds sent more messages to the group, saying he would host similar parties in the future that they would call "finish it Sundays," according to the warrant.

He also implied more sinister plans ahead, using the N-word to refer to the new members who needed designated drivers. He also told them "it's open season starting tomorrow" with still "four weeks of pledgeship left," according to the warrant.

A 2019 "Edicts of Phi Kappa Psi" document says that "any member who engages in hazing risks expulsion from the Fraternity, and any Chapter that practices or condones hazing risks suspension or revocation of its charter." The document also says that alcohol is not allowed at any new member functions, that open parties with unrestricted access to alcohol are forbidden and that chapters should educate members on moderation in drinking.

In the wake of an LSU student's recent hospitalization, LSU officials notified Phi Kappa Psi fraternity on Tuesday that the organization is be…