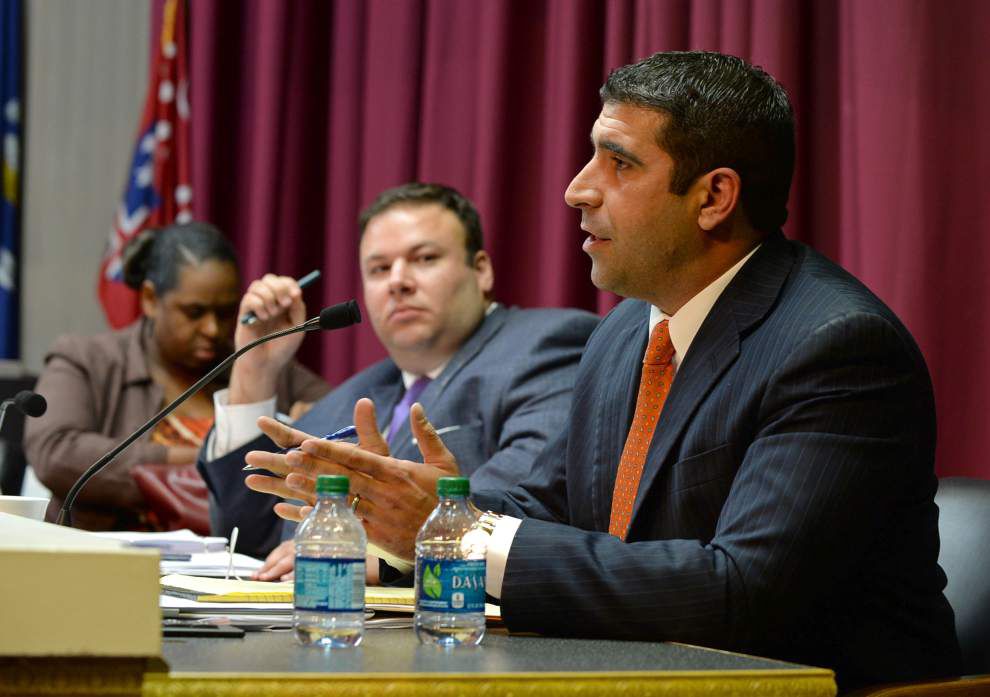 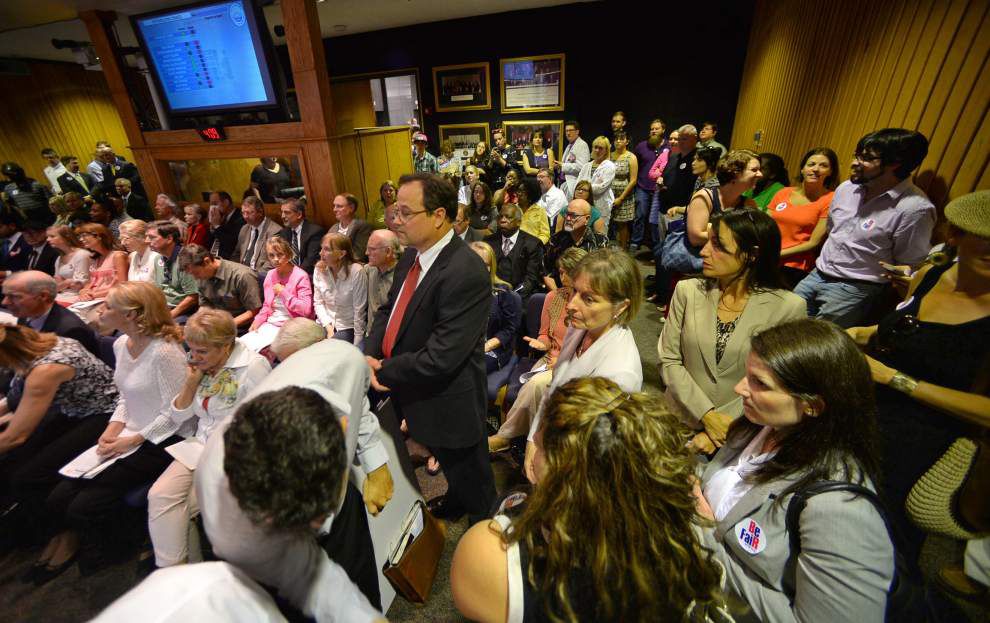 Community leaders in support of the so-called “fairness ordinance” spent weeks preparing for Wednesday night’s Metro Council meeting, coordinating phone calls and emails to build support for a proposed law to ban discrimination against gays and lesbians only to watch council members kick the vote to a meeting in three weeks.

It’s an extra three weeks of public debate they need, as, despite their aggressive campaign, it was widely believed that they lacked sufficient votes on the council to pass the law. In fact, Councilman John Delgado — one of only two council members to publicly affirm before the meeting that he would vote in favor of the ordinance — filibustered the final minutes of the meeting partially because he was expecting a defeat.

Still, community leaders campaigning under the new “Be Fair Baton Rouge” group argued their lobbying has been beneficial, getting some of the most influential names in the Baton Rouge business community to show up and create a critical mass of support at the meeting. It was the first time proponents outnumbered opponents during a discussion of an issue affecting lesbian, gay, bisexual and transgender communities. In 2007, when the Metro Council first debated the failed “One Baton Rouge” resolution expressing tolerance for LGBT people, there were only 13 supporters from the public, but scores of opponents.

Baton Rouge lawyer Paul West, a Be Fair leader, said he didn’t anticipate that the vote would be deferred, but he thinks the support will sustain. He acknowledged the extra time could be beneficial because it will give council members more opportunity to reflect about the public debate.

The only confirmed “yes” votes on the 12-member Metro Council ahead of the meeting came from Delgado and ordinance sponsor C. Denise Marcelle. In comparison, five members — Tara Wicker, Joel Boe, Chauna Banks-Daniel, Ryan Heck and Scott Wilson — had all confirmed to the media that they would vote against the measure before Wednesday.

West said he hopes that the quality of testimony from supporters would change some council members’ minds.

“No one could have sat in that room and heard what we heard last night and not have been moved by it. It’s just not possible,” West said. “Each council member was moved by what they heard, whether it moved them to change their position or not — that’s up to them.”

The majority of the audience in attendance supported the ordinance, but opponents were still well represented, fielding dozens of speakers.

Both sides featured speakers talking about their personal experience, whether it was discrimination they faced in Baton Rouge or the Christian faith they said could be infringed upon if the ordinance was passed.

Opponents included not only Louisiana Family Forum President Gene Mills — a fixture at public meetings about social issues — but a number of pastors and local business and property owners. They complained that the law would not only violate their religious freedom but potentially open up business owners to litigation.

The ordinance would ban discrimination against gay, lesbian and transgender people in areas of employment, housing and public accommodations in Baton Rouge. Supporters argued it was the right thing to do and would help foster economic development.

The public debate about the proposed ordinance carried on for three hours, leaving less than five minutes for council debate and an opportunity to vote. Delgado purposefully ate up the last couple minutes to ensure a vote would be deferred to the next meeting.

Delgado said the ordinance was doomed, and the additional time gives council members space to consider the measure, while also allowing constituents to continue reaching out to their council members.

“If, on Wednesday, we had rushed to a vote, it would have been a disservice to the people who came and spoke,” he said.

Some council members said they would have preferred to have put the issue to rest.

Mayor Pro Tem Chandler Loupe, who declined to share how he would have voted, said he wanted to move on the item Wednesday night.

But he said he was pleased with the debate did not turn especially ugly as it has in previous public forums on LGBT topics.

“It was better than last time,” he said. “It was more civil and respectful in some aspects. But there were exceptions to that.” Loupe was considered a likely yes vote.

Moving forward, West said his group doesn’t have a plan yet for how to prepare for next council meeting on Aug. 13. But he said he expects members of the public will continue to reach out and let their council members know how they feel on the issue.

“The council members are probably getting a little punch drunk getting hit on both sides, and I don’t want to pile on or continue to bombard them,” he said.

Delgado has since introduced a Plan B ­to the nondiscrimination ordinance, a referendum that would not require any council approval and instead would be decided by voters.

He is proposing collecting signatures on a petition to change the city-parish’s plan of government to mandate a fairness policy. The petition would need about 8,500 signatures to get on the ballot. The proposal would codify an existing executive order signed by Mayor-President Kip Holden that says the city-parish will not discriminate against LGBT people. An executive order can lapse once a mayor leaves office.

West said he thinks his group would be open to helping with Delgado’s proposal. But he’s not giving up hope that the ordinance will pass.

“I’m not ready to bail out on this ordinance,” he said. “I’ll take a look at it, and if it comes down to it, we’ll work with him to get whatever we can passed.”

Metro Council may again consider 'fairness ordinance' that would bar discrimination of LGBTQ people; here's why advocates are optimistic

A local “fairness ordinance” that seeks to bar discrimination against anyone in housing, employment and public accommodations based on sexuali…