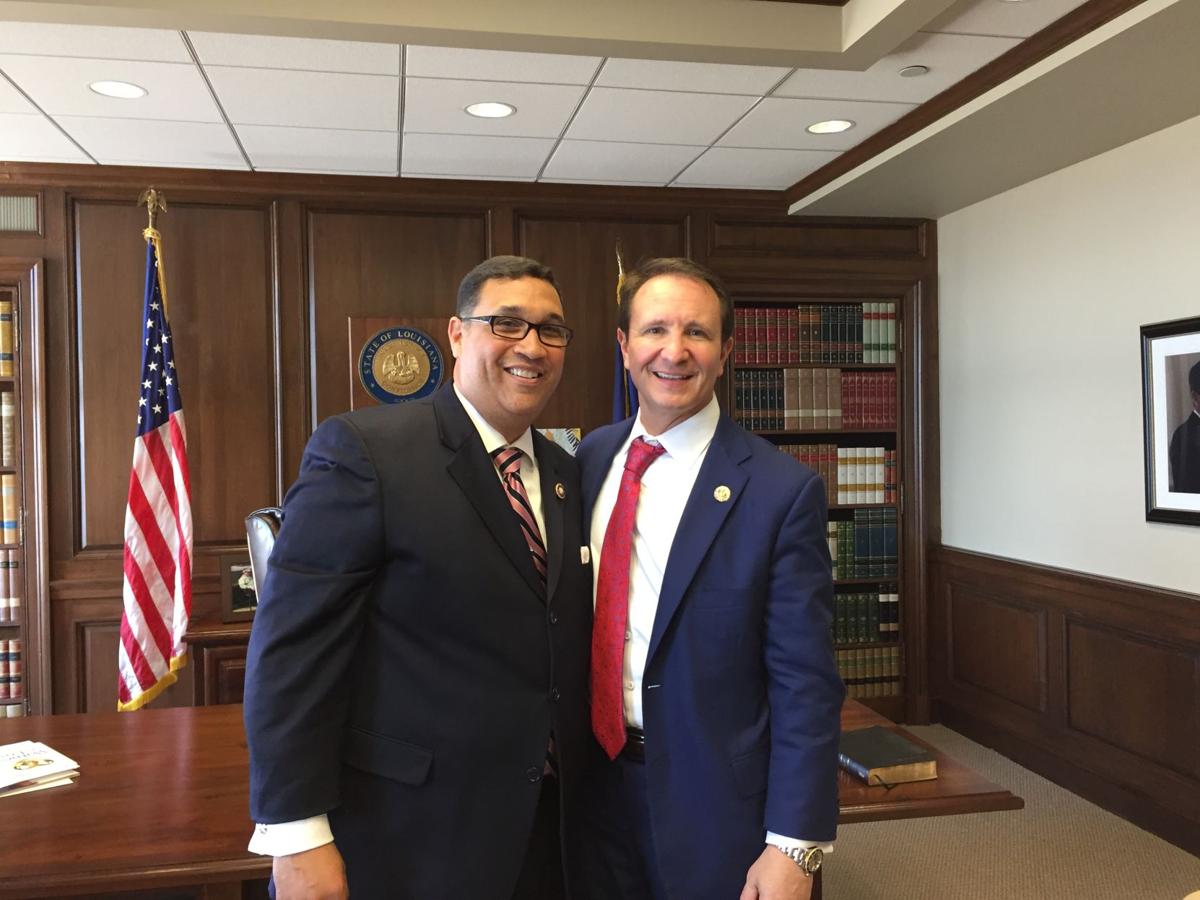 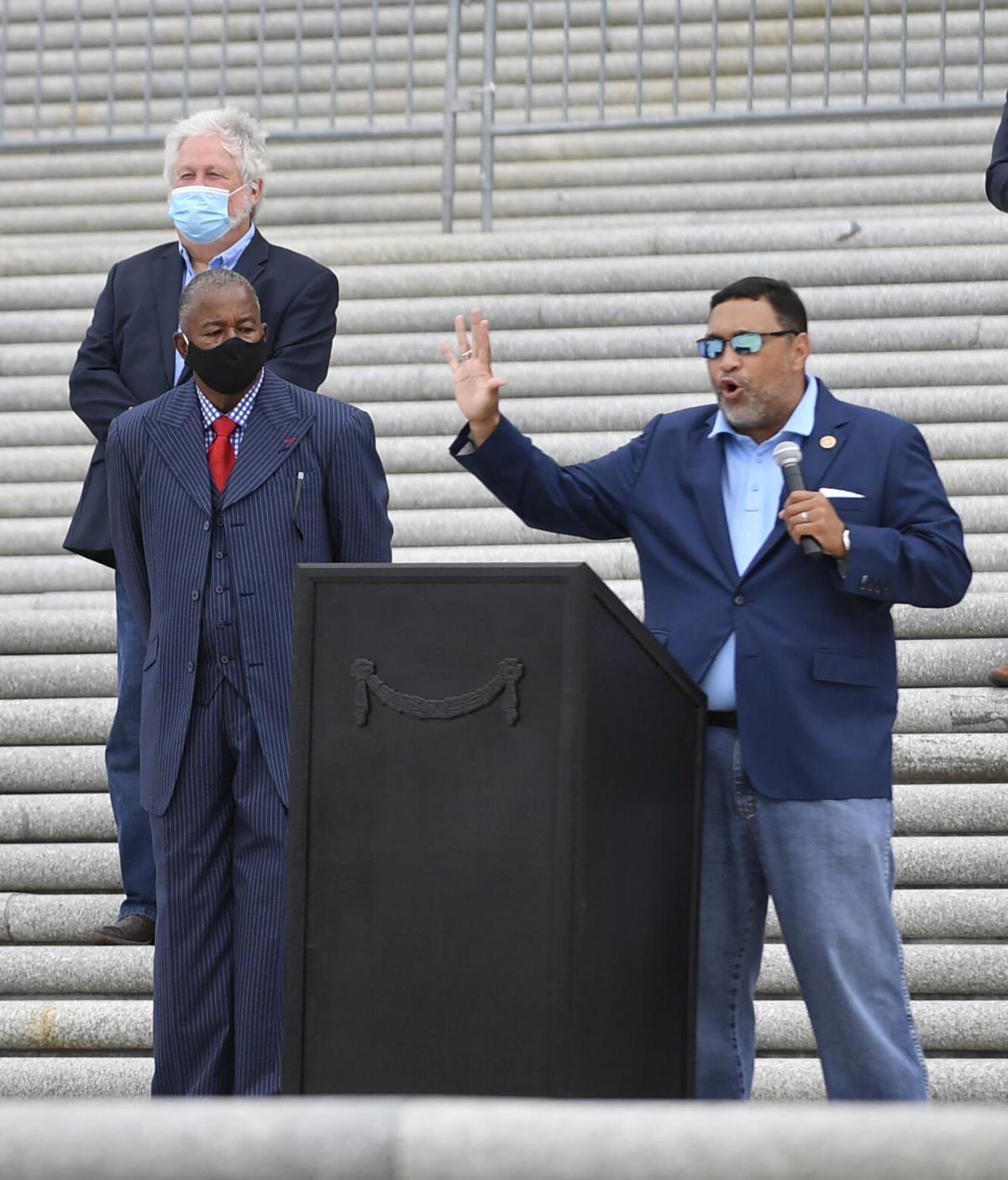 A sexual harassment complaint against a top aide for Attorney General Jeff Landry alleges that Pat Magee insisted that one woman should be deployed as co-counsel at a trial “because male jurors would want to have sex with her” and that another was “not currently as pretty as she was in law school at age 20.”

Magee declined to promote a third woman while “citing how attractive she was,” saying her good looks might cause him problems, according to the newly released document.

The complaint, filed Nov. 20 against Magee, the head of the office’s criminal division, has been shielded from public view since then. Landry’s office filed a lawsuit against an Advocate reporter who requested a copy of it, but a Baton Rouge judge ruled last week that the complaint was a public record.

After Louisiana Attorney General Jeff Landry sued a reporter for The Advocate to conceal a sexual harassment complaint against a top deputy, a…

The Advocate received a lightly redacted version of the complaint Monday; the redactions were made by 19th Judicial District Judge Tim Kelley, who ruled against Landry in the lawsuit. Magee, who was sidelined while the matter was under investigation, returned to work in January when the probe was complete. He was suspended for 38 days, docked $20,559 in pay and ordered to attend training sessions on emotional intelligence, professionalism in the workplace and conflict management.

While the complainant said Magee was engaging in sexual harassment, the investigation concluded otherwise. In a summary of her findings, attorney Vicki Crochet of the Taylor Porter law firm wrote that Magee’s remarks were “joking in nature” and that “there were no allegations nor findings of any requests for sexual favors; inappropriate workplace touching; nor sexual overtures.”

Landry’s office has yet to release the report detailing Crochet’s investigation into Magee, and whether it will be made public will be at issue in an upcoming court hearing with The Advocate. The debate over its release is closely linked to another recent sexual harassment probe that Crochet performed in 2013 into former LSU football head coach Les Miles. That fight also escalated over the last month amid a lawsuit from USA Today, and LSU and Miles agreed to release Crochet’s investigation into Miles with some redactions.

Taylor Porter is frequently hired by government agencies for legal work. One of the firm’s partners, John Murrill, is married to Liz Murrill, who serves as a top official in Landry’s office.

Scott Sternberg, the attorney who represented The Advocate reporter in the court proceedings, said the minor nature of the redactions undercut the attorney general’s argument that protecting the innocent would require blacking out nearly the entire letter.

“Everyone looking at this letter can now see that minimal redaction would protect the privacy of the victim and witnesses to this concerning event,” Sternberg said. “The attorney general originally claimed that redaction was impossible, and the judge has found otherwise. Why the AG chose to use taxpayer funds to sue a reporter and set such a dangerous precedent instead of pulling out a Sharpie is a question for another day.”

The complaint describes several instances in which the complainant said Magee invoked the appearance of women around him when making decisions that affected the trajectory of their careers.

Jeff Landry must release records on aide, as judge rules in favor of Advocate reporter

Schober said in the statement that she has vast experience working on human resources issues, and that she oversaw Taylor Porter’s investigation into Magee.

“It also concluded that his conduct did not rise to the level of sexual harassment,” Schober said. “What was released today are the accusations. Accusations get investigated and decisions concerning discipline are made based on our ability to validate the accusations.”

The person writing the complaint against Magee said they tried to bring “a seasoned trial attorney” in as co-counsel a sexual assault case. But Magee disagreed with the decision, calling the lawyer, a woman, “old and ugly,” and suggesting a younger and more attractive attorney instead, the complaint says.

“He indicated she was ‘very f---able,’” the complainant wrote.

Our Views: A judge refuses to allow Jeff Landry to use his powers against open government

The stakes were high Thursday in the courtroom of Judge Tim Kelley of Baton Rouge, where the powerful attorney general of Louisiana was trying…

In another instance, Magee allegedly declined to promote a female attorney who he had repeatedly described as beautiful.

“He would later express concern to me privately that he would not be able to control himself sexually if she worked that closely with him,” the complainant wrote.

Soon afterward, that same woman tried to switch offices, but the person writing the complaint said Magee berated her for doing so. The complainant described encouraging the woman to contact HR.

The complainant assumed “she did report it to HR because Pat brought it up with me,” according to the complaint. Magee said he could no longer trust the woman, the complaint said.

Our Views: Jeff Landry's attack on open government should be exposed in courts

“The location of the touching was nothing that would be considered criminal in my opinion but I could tell it was making her uncomfortable,” the complaint said. The woman had also been asking the witness if Magee had indicated he was considering firing her, citing “ugly emails” about her performance and “inappropriate comments.”

“She mentioned wanting to quit the office on more than one occasion,” the report said.

The person writing the complaint also detailed several exchanges between Magee and an attorney in the office whom he knew from law school; Magee frequently reminded her she was no longer as pretty as she used to be as a law student, the complaint says.

The complainant called HR last October to report those exchanges, before filing the formal letter. But Magee then confronted the woman, according to the document.

“He proceeded to swear her to secrecy and then tried to get her to say that she was not offended by his comments,” the complainant wrote, adding that the woman was “very disturbed” by the confrontation. “She also stated how Pat remarked about how he liked the pants she was wearing yesterday.”

Landry and Magee, who are both from the Lafayette area, met in the early 2000s at Southern University Law School, where they both attended after serving in the Louisiana National Guard. In 2018, Landry tapped Magee to head the agency’s criminal division. The former director of the criminal division was Brandon Fremin, whom President Donald Trump appointed as U.S. Attorney in the Middle District of Louisiana.

The division handles Medicaid fraud and some high-profile criminal cases. Before Magee came on board, the division was tasked with reviewing the 2016 fatal shooting of Alton Sterling in Baton Rouge, which set off massive protests over police brutality

Magee is also a former member of the Southern University Board of Supervisors.

State Sen. Sharon Hewitt — who, like Landry, is a Republican who has expressed interest in running for governor — said the behavior outlined in the complaint should not be tolerated.

“Everyone deserves a safe workplace and it's past time to raise our expectations and start holding government leaders to the highest standards,” Hewitt said. “If these complaints are accurate, I don't see how Mr. Magee should be allowed to function in any leadership position."

“The words speak volumes. You can’t talk about employees as being sexual objects and not expect it to be labeled sexual harassment,” Craft said. “I find it personally discouraging given the fact that the attorney general is supposed to be on the side of the citizens of Louisiana. And if we cannot count on our attorney general to stand up for victimized people, then where are we?

Schober insisted that the AG’s office “has acted and will continue to act in a way that encourages people to speak up.”

Craft, however, said it seems unreasonable to conclude the allegations detailed did not constitute sexual harassment.

“Whether you specifically demand somebody have sex with you or you believe their sexuality somehow impairs their ability to move forward, it is equally illegal,” she said.