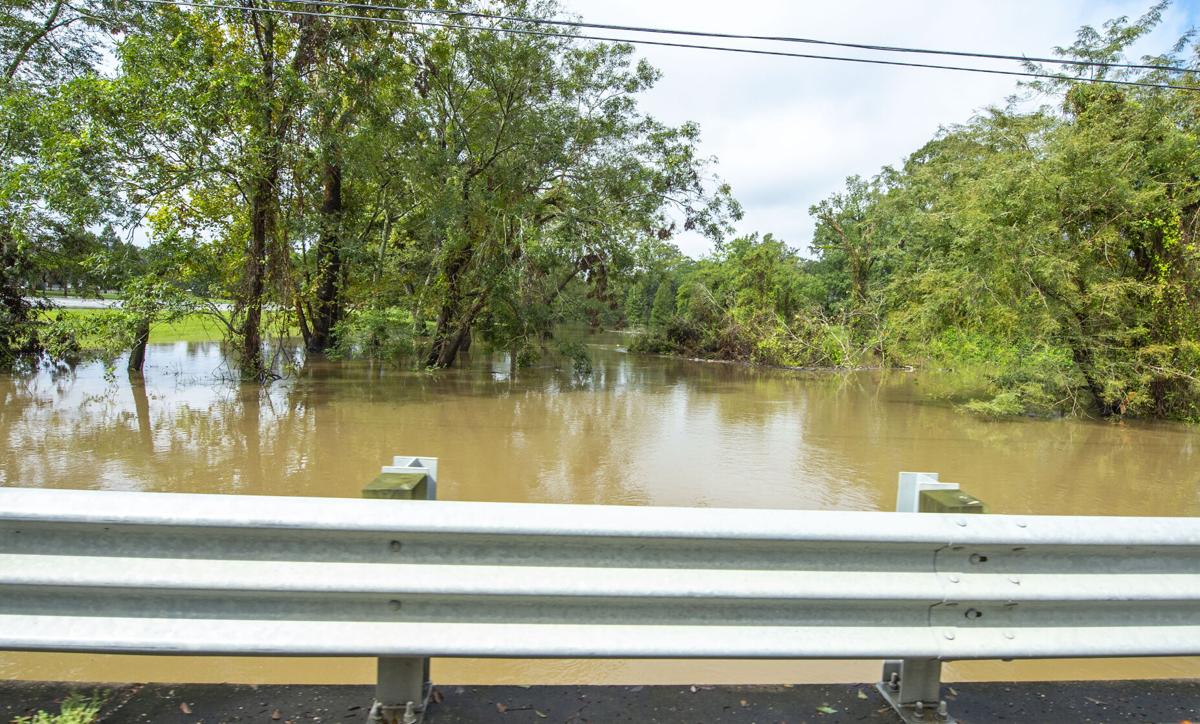 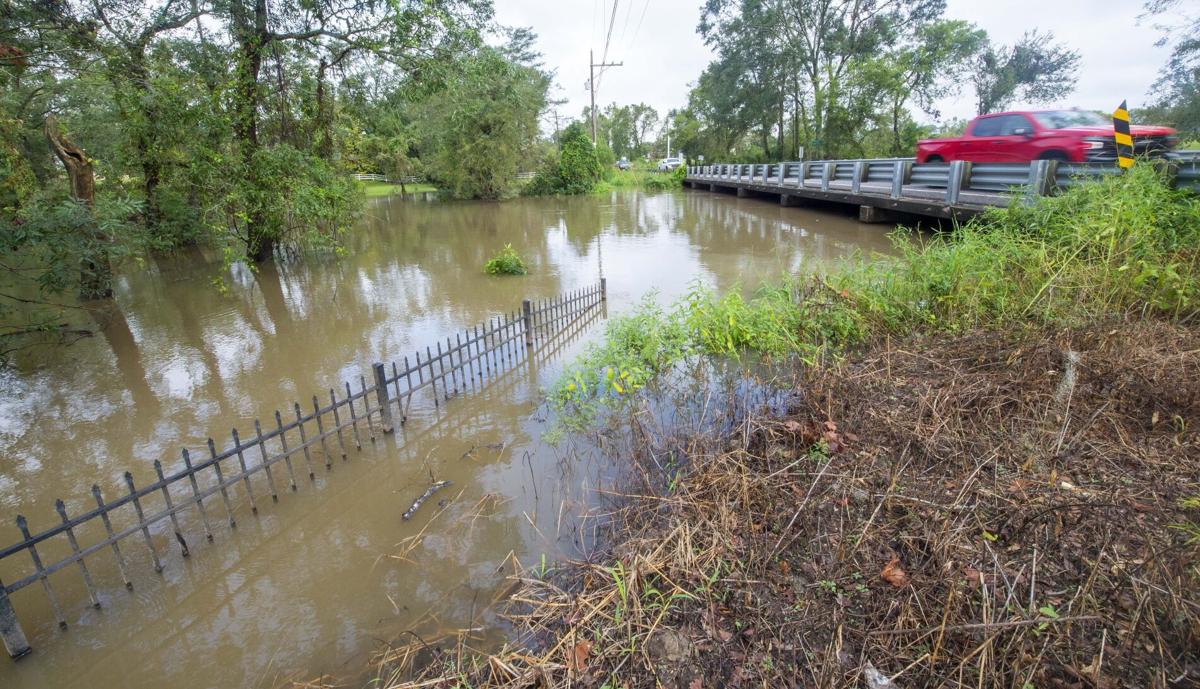 Cars zip by as high water due to Hurricane Nicholas flows under the Old Perkins Road bridge in Bayou Manchac Wednesday Sept. 15, 2021, in Baton Rouge, La.

Cars zip by as high water due to Hurricane Nicholas flows under the Old Perkins Road bridge in Bayou Manchac Wednesday Sept. 15, 2021, in Baton Rouge, La.

After sudden floods last year, Ascension, East Baton Rouge and Iberville parish officials promised to work together to clear long-ignored trees and other vegetative debris and sediment in Bayou Manchac.

Last month, a handful of residents along Manchac began to notice contractors removing debris — but only on the Ascension side. Some said they even saw workers cutting portions of branches and trees in Ascension and leaving the rest on the East Baton Rouge side.

Manchac plays a central role in the region's flooding because many creeks, swamps and bayous drain into it. When Manchac floods, thousands of homes are at risk — which is why residents were paying close attention to the work.

To find out what was going on, John Rosso, a retired industrial executive, and a handful of other Manchac-area residents convened a meeting with local leaders — including state lawmakers, parish officials and U.S. Rep. Garret Graves.

It turns out East Baton Rouge Parish hadn't yet approved its share of an agreement with debris removal firm DRC Emergency Services. But Ascension Parish already had a parishwide contract approved by its council.

So DRC and its barges began work on the Ascension side of Manchac in mid-December as part of post-Hurricane Ida debris work.

The East Baton Rouge Parish Metro Council is set to consider an agreement allowing that parish to "piggyback" on Ascension's deal on Jan. 12. Baton Rouge officials didn't get the final copy of the deal until Tuesday and will seek an emergency vote instead of the typical two-meeting approval.

"I'm going to do what we have to do to expedite that process and follow through with the commitment that Mayor Broome made originally, and we intend to honor that commitment," Fred Raiford, city parish director of transportation and drainage, told Rosso and other residents at Frank's Restaurant in Prairieville on Tuesday afternoon.

"I just want to make sure that y'all know, it never was the intent not to do our part, but I can't go authorize a contract to go out and do work without getting prior council approval."

East Baton Rouge has set aside $1.5 million in American Rescue Plan dollars for that and other drainage work on Manchac. It and Iberville Parish governments have separately reached an agreement.

Once the Metro Council approves the new agreement, Raiford said, Broome and Cointment would have to sign the deal. Cointment said the Ascension Parish Council is also expected to vote on the "piggyback" agreement Jan. 20.

East Baton Rouge could be part of the DRC's work plan in a couple of weeks, Raiford said.

Mark Armstrong, city-parish spokesman, said the company's barges will go back down the East Baton Rouge side and remove debris after DRC finishes the Ascension side. Ascension officials say their parish's work isn't expected to be finished until early to mid-February.

That plan means DRC barges will cover the same lengths of the bayou twice, but Armstrong said working each bank of the waterway separately was most efficient way the handle the job.

When asked, a spokeswoman for DRC didn't say whether traveling Manchac twice would be the most efficient way to clear out the bayou, but she did say Baton Rouge officials recognized the efficiency of having one firm handle both sides of Manchac.

"To that end, we have begun work on the Ascension side and are working closely with East Baton Rouge to assess the work on their side and begin work shortly after the completion of the Ascension side," said Kristy Fuentes, a DRC spokeswoman. She referred contractual questions to the city-parish.

The episode highlights, in a small way, the complicated politics and geography of the Spanish Lake basin and Manchac, a dividing line among the three metro parishes.

Constant development has significantly changed how water flows in and around the bayou, which is managed by three parishes — with sometimes diverging interests and often different timelines for action.

After fights and lawsuits in recent years over flooding in the region, local officials have since pledged to work together to clean out Manchac and create a longer-term plan to better manage the water flowing through it. This time, though, the gears of government didn't exactly match up.

This is the second round of debris removal along Manchac. It reaches from the Alligator Bayou floodgates next to the Iberville line to the Amite River.

Ascension and East Baton Rouge had already agreed last fall to share the cost of pre-Ida debris removal and de-snagging work by another contractor, Chem Spray South Inc. Armstrong said the first round culled 50 trees from the East Baton Rouge side of the bayou.

The second phase of work on the Ascension side is about half done. Contractors have pulled out 7,000 cubic yards of material, said Rae'ven Jackson, parish government spokeswoman.

A commission that oversees some rivers and bayous in the Baton Rouge region isn't doing enough to keep water flowing and prevent flooding, a n…