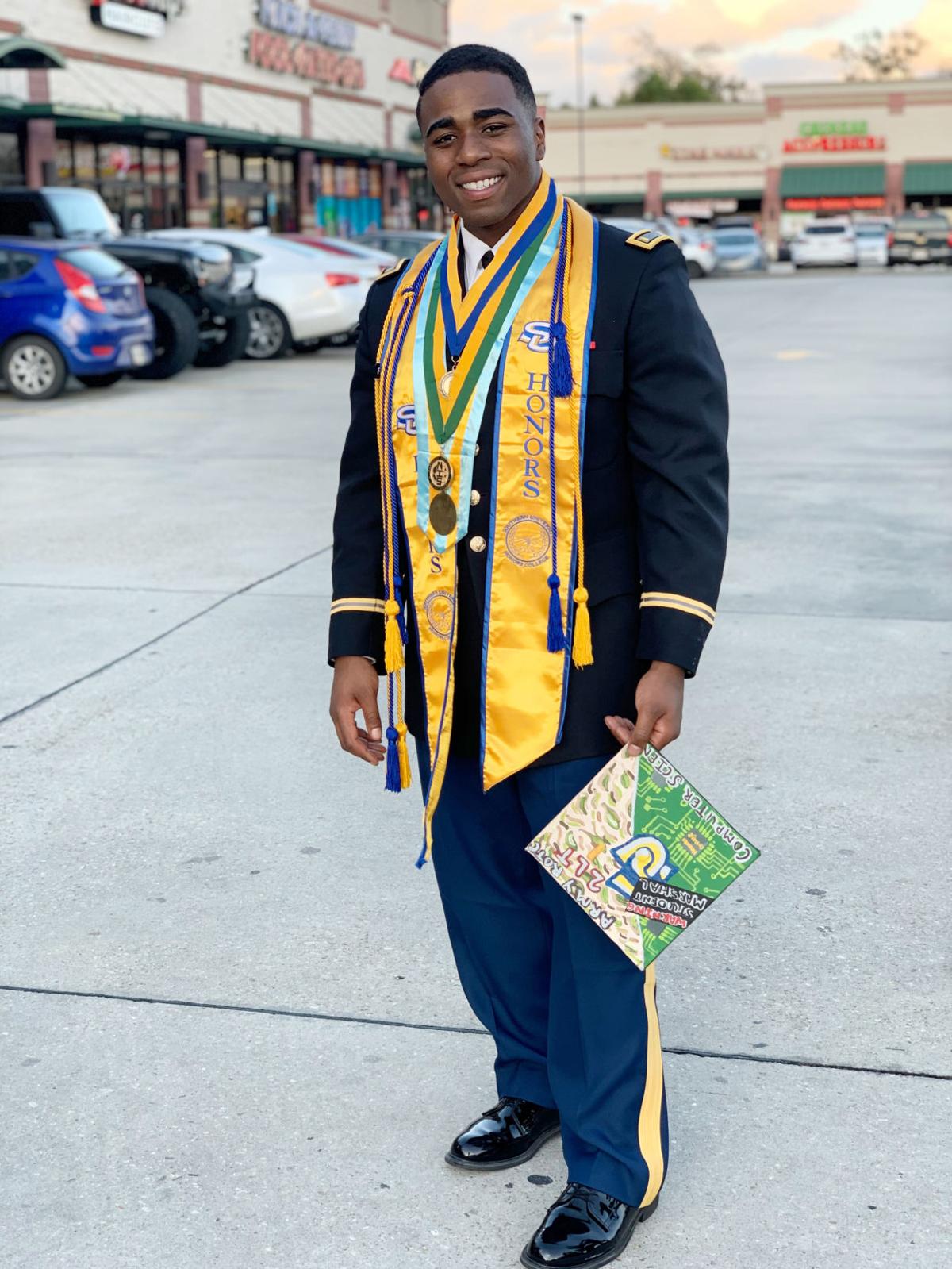 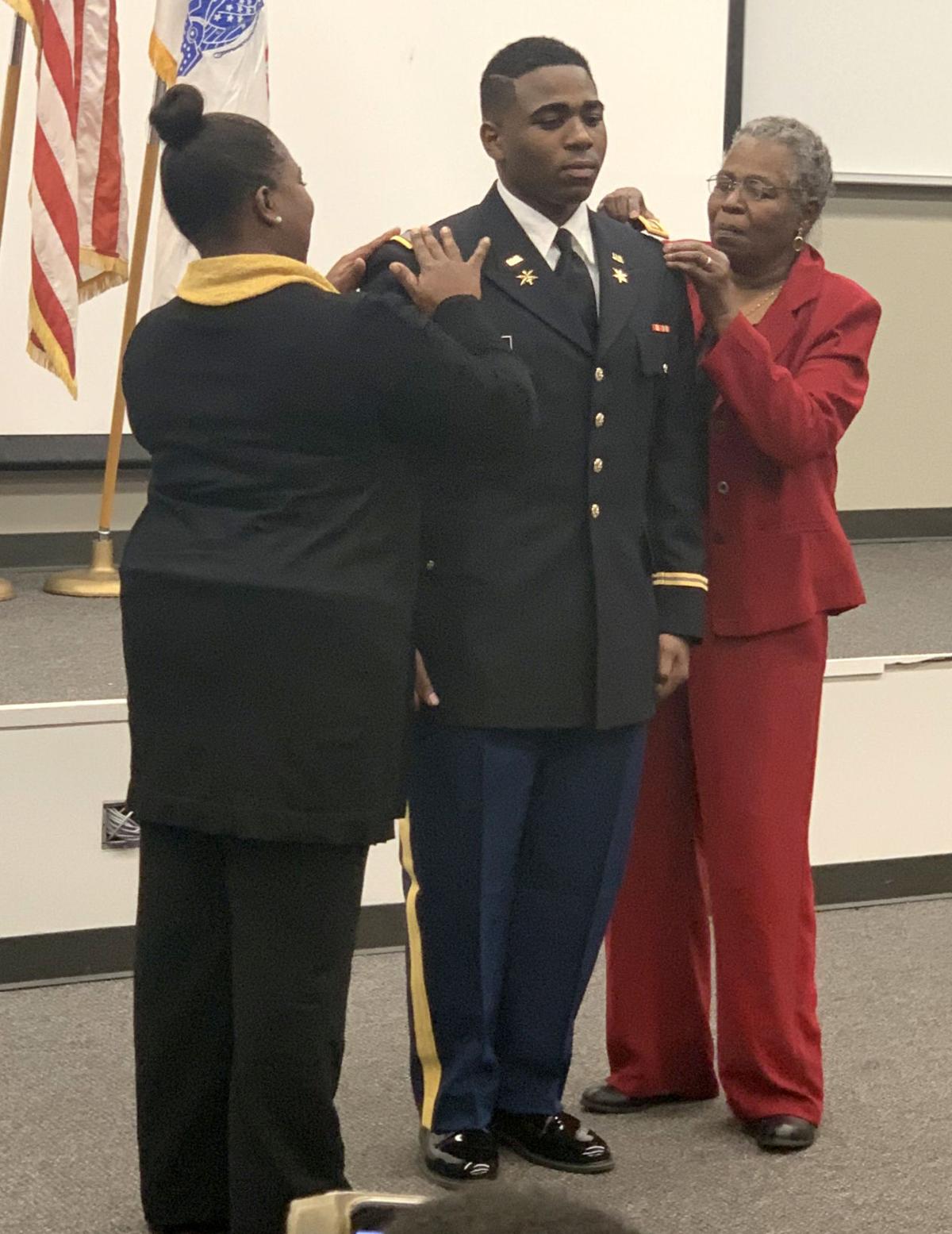 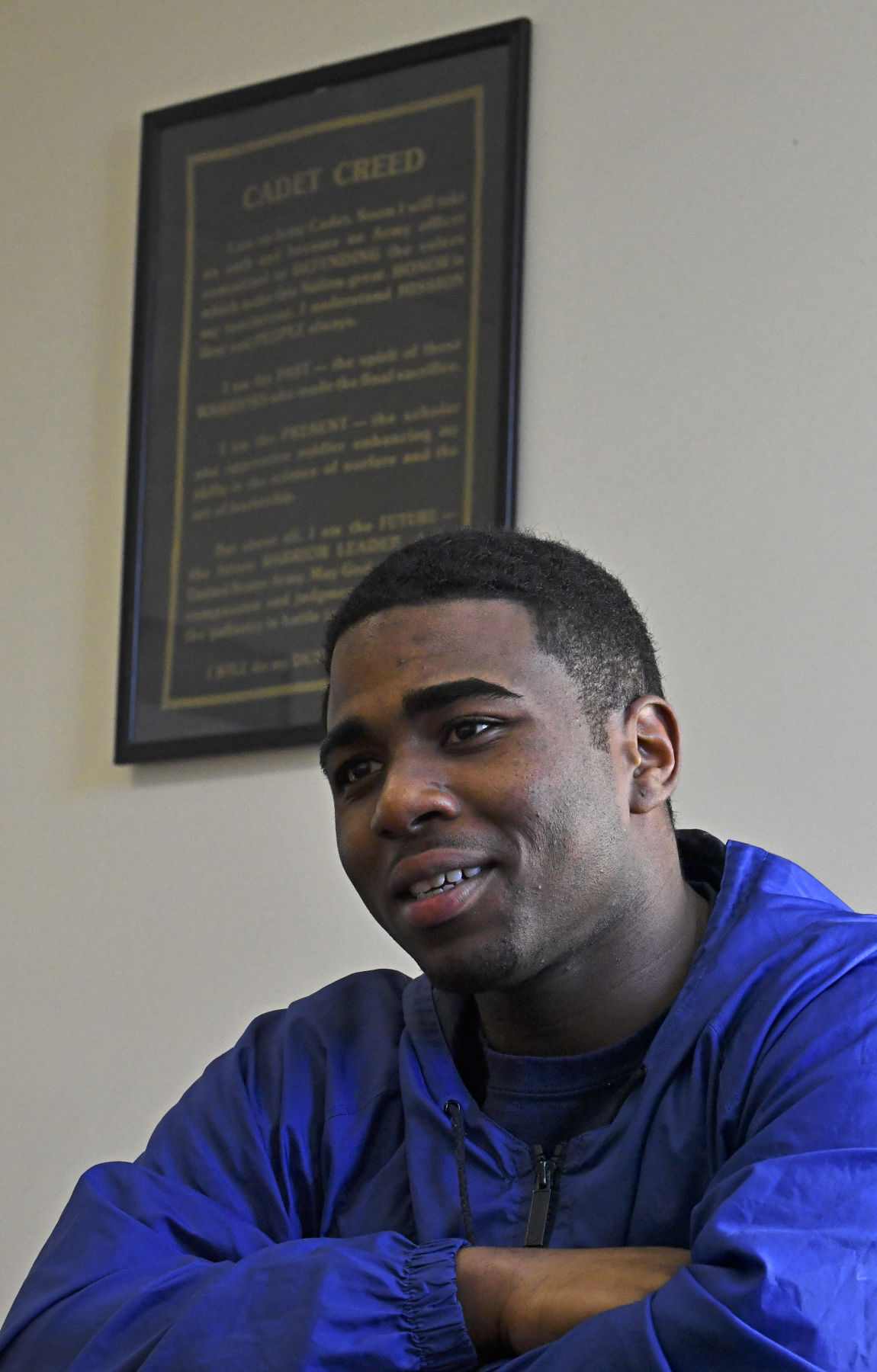 A new college graduate with a knack for computers — at 16 he taught himself how to code from a free online course — made Southern University ROTC history this month, becoming the first to graduate from its cybersecurity program.

Davonne Franklin, 22, who enlisted in Army National Guard after graduating from McKinley High in Baton Rouge, returned to Louisiana as a private from his basic training at Fort Jackson in South Carolina and job training in field artillery at Fort Sill in Oklahoma.

He came back with a plan for his future.

"I came back more focused," Franklin said. "When I returned, I knew I wanted to join Army ROTC and become an officer, and I wanted to change my field in the National Guard" to cybersecurity.

"I also wanted to pursue a degree in computer science," he said.

With that purpose in mind, Franklin dove into his four years of college at Southern University and didn't look back.

Franklin was 9 years old when he lost his father, Dave Brown, and grew up helping his mother, Takita Franklin, raise his three younger brothers.

He said he tried to take advantage of much fun as he could at high school through sports, art, and the gospel choir band, to lighten his load of responsibilities at home.

He had a knack for math and technology, but it was his experience through the Army National Guard, college and the Army ROTC that gave him his shot at a career, he said.

"I just needed that slight chance," Franklin said. "Growing up African-American, you can feel things are denied you."

He decided early on, though, "I can do whatever I set my mind to."

As part of his ROTC experience at Southern, he was able to take part in an undergraduate research project in cybersecurity for the U.S. Department of Defense.

In the summer of 2016, Franklin presented his research at the Pentagon.

It was that same summer, he said, at an Army National Guard advance camp at Fort Knox in Kentucky that he was able to select the field of cybersecurity to work in, after testing and interviewing for it.

As a second lieutenant, Franklin will be a cybersecurity officer, working in a field he describes as "the defense against cyberterrorism."

The university's ROTC added cybersecurity as a program in 2016, he said.

Glover noted that when Franklin went to an Army National Guard advanced camp in the summer of 2017, he reached the top five in his platoon for his work there.

Franklin was the only cadet from Southern University to win that honor in the last seven or eight years, Glover said.

At Southern, Franklin served as the Army ROTC's cadet battalion commander for the fall of 2017 and spring of 2018, Glover said.

Franklin will be leaving soon for cybersecurity classes with the Army National Guard at Fort Meade in Maryland. After that, he'll also be studying basic leadership courses at Fort Gordon in Georgia.

"I look forward to his next milestone," said his proud mother.

At some point, Franklin will be looking for a career in the private sector, perhaps in the field of internet cloud security, he said.

Franklin, who's held more than one computer-related job at a time during his college years, said it's been busy.

And, he said, he's still hungry to learn.