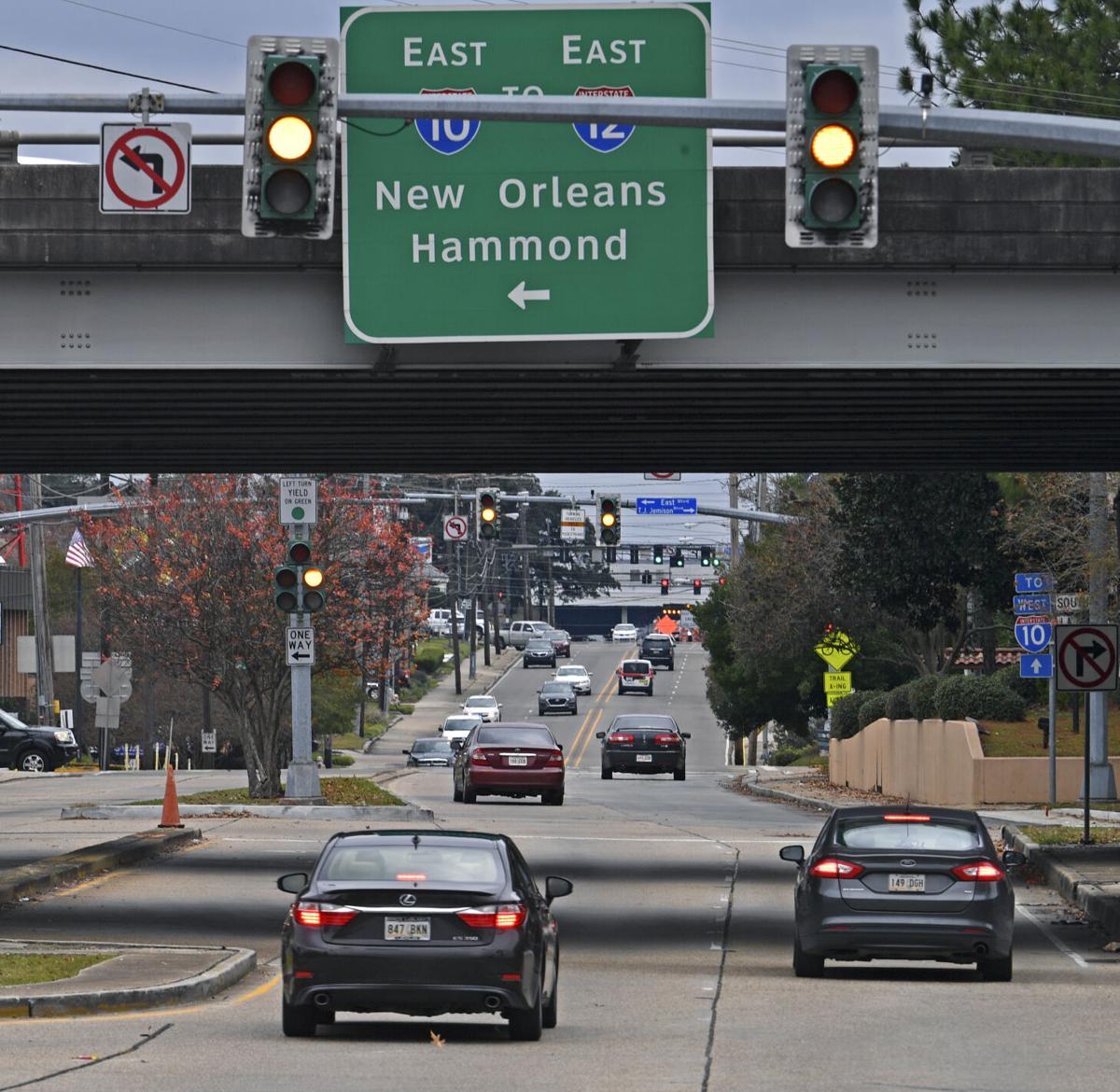 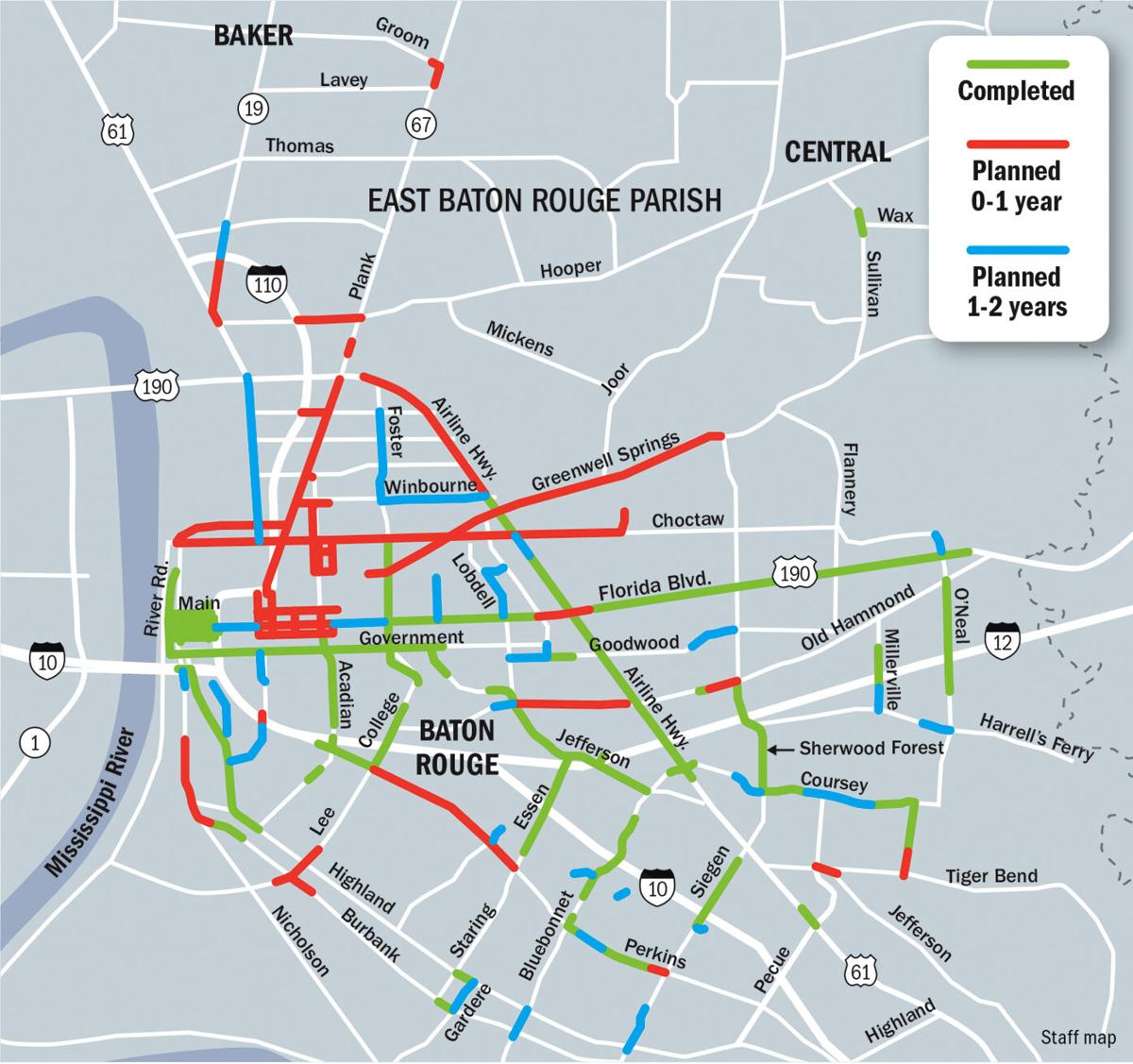 TRAFFIC SIGNAL SYNCHRONIZATION SCHEDULE: East Baton Rouge Parish plans to complete its synchronization of traffic signals by the end of 2022. Map shows where fiber-optic cable, which is instrumental in connecting the parish's stoplights, has already been laid. 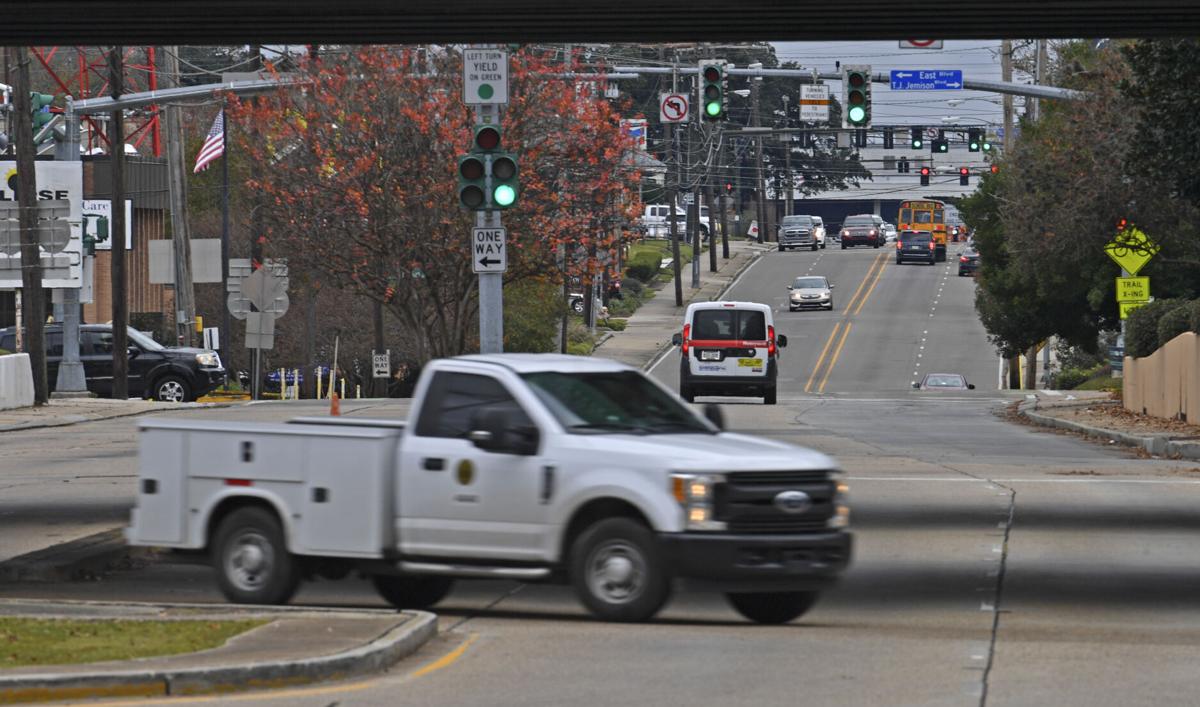 TRAFFIC SIGNAL SYNCHRONIZATION SCHEDULE: East Baton Rouge Parish plans to complete its synchronization of traffic signals by the end of 2022. Map shows where fiber-optic cable, which is instrumental in connecting the parish's stoplights, has already been laid.

Dreamed about for decades, upgrades to East Baton Rouge Parish's traffic signals are well underway, but engineers say it will be the end of 2022 before motorists can consistently expect fewer stops at red lights and manageable daily drive times.

Portions of Airline Highway, Essen Lane and Florida Boulevard, among other major thoroughfares, have already been equipped with miles of fiber optic cables, creating an information highway that allows traffic engineers to collect data and tweak traffic signals from a remote location.

There are still miles to go, and in the next two years, cables will be laid along portions of Choctaw Drive, Coursey Boulevard, Greenwell Springs Road, Perkins Road, Plank Road, and others — all as part of the parish's nearly $1 billion MovEBR road improvement program.

Once the system is fully connected, and new underground detectors are installed at intersections, the city-parish will be equipped to deploy software that can quickly analyze traffic and offer suggestions on how to optimize its flow.

The synchronization of Baton Rouge's traffic signals has long been a goal for a bevy of elected officials. It recently emerged as an issue in this year's mayor-president's race between incumbent Sharon Weston Broome and challenger Steve Carter.

Carter, who lost, complained during a debate that "we've been talking about synchronization of lights since Pat Screen," referencing the city-parish's mayor-president from the 1980s.

"But it's happening with Broome," the mayor interjected.

"Well, I hope it does," Carter responded, adding that on his way to visiting his parents' grave the previous weekend, he sat waiting at three separate lights on North Boulevard for 45 seconds each with no other cars around. "I wasted that much time sitting there getting mad and that’s got to change."

The upgrades, when fully implemented, should cut down on inefficiencies in signal patterns and make it easier for traffic engineers to make adjustments without having to spend days counting cars at intersections, said Ingolf Partenheimer, the parish's chief traffic engineer.

The parish recently tweaked its signal pattern near St. George Catholic School along Siegen Lane after parents complained about traffic jams while dropping off and picking up their children. Partenheimer said the software, when implemented, could quickly detect those sort of issues, and also suggest precise adjustments to optimize traffic flow.

Nearing the two-year mark, a state panel trying to find ways to build a new bridge across the Mississippi River in Baton Rouge has little to s…

"If it takes you 20 minutes to get to work, it should take 20 minutes every day," Partenheimer said. "We're talking about reliability."

The city-parish also plans to install cameras at intersections to allow traffic engineers to watch the flow of traffic remotely from the Advanced Traffic Management Center on Harding Boulevard. Partenheimer said that will be especially useful during LSU's football season, when the traffic center typically dispatches a staffer to physically stand at intersections to monitor traffic and change signals. The camera feeds will also be accessible to the public.

The parish plans to begin work on the cameras, detectors and remaining fiber optic cable in the first quarter of 2021.