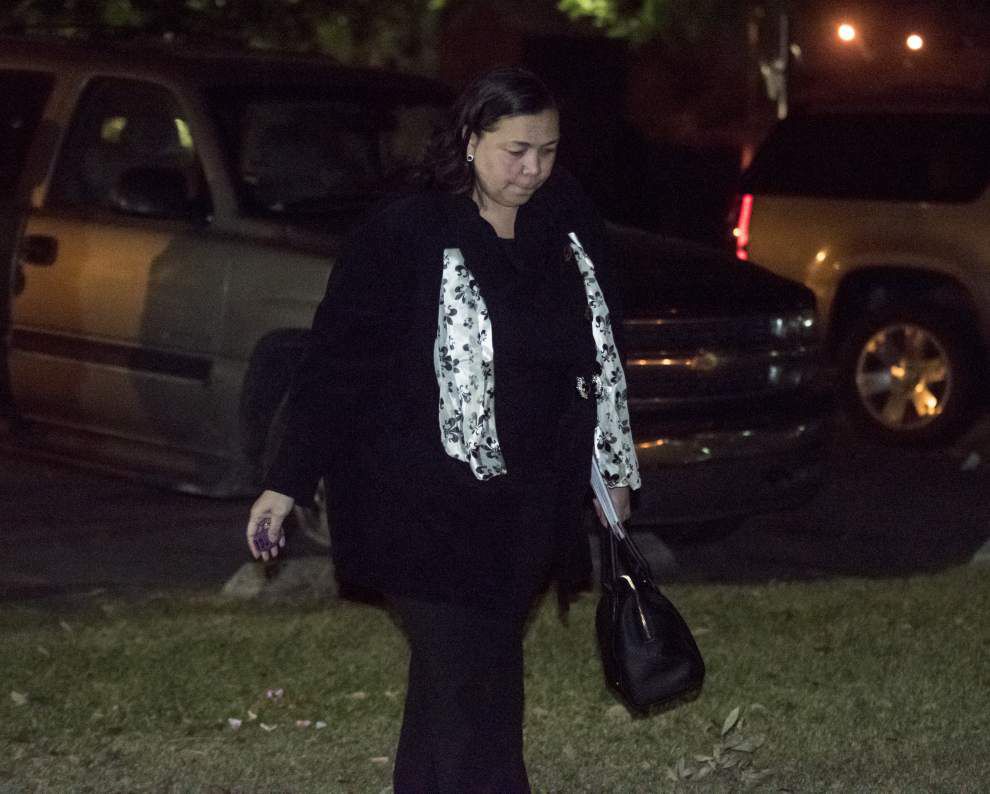 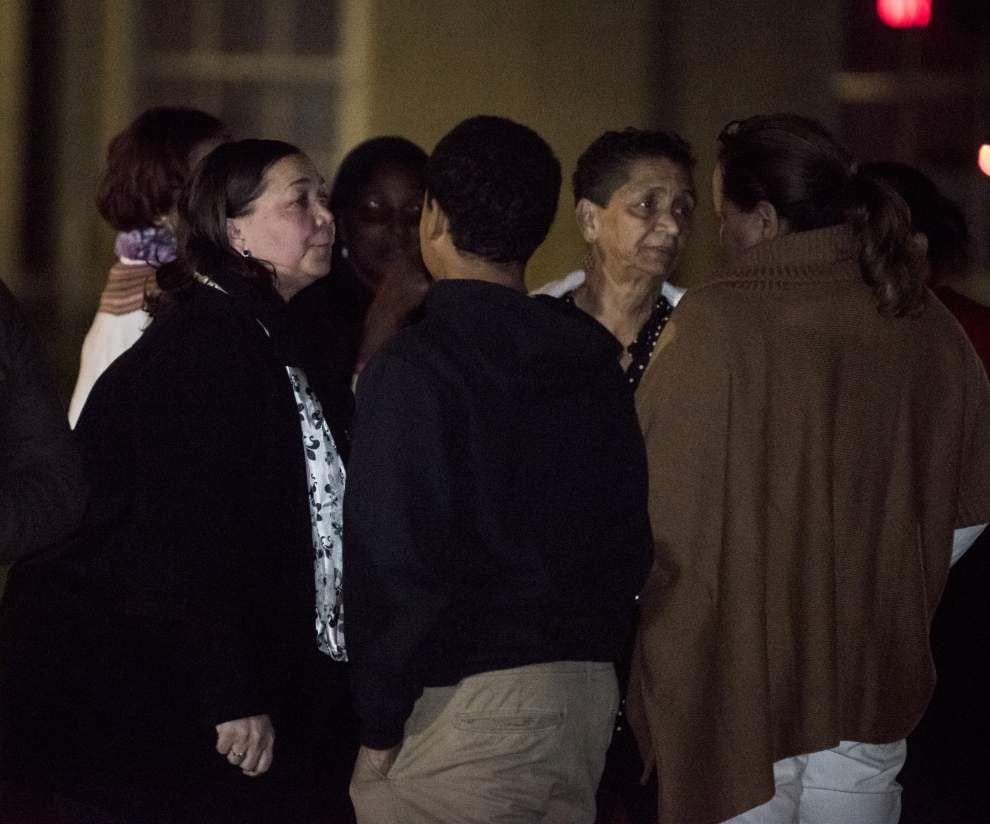 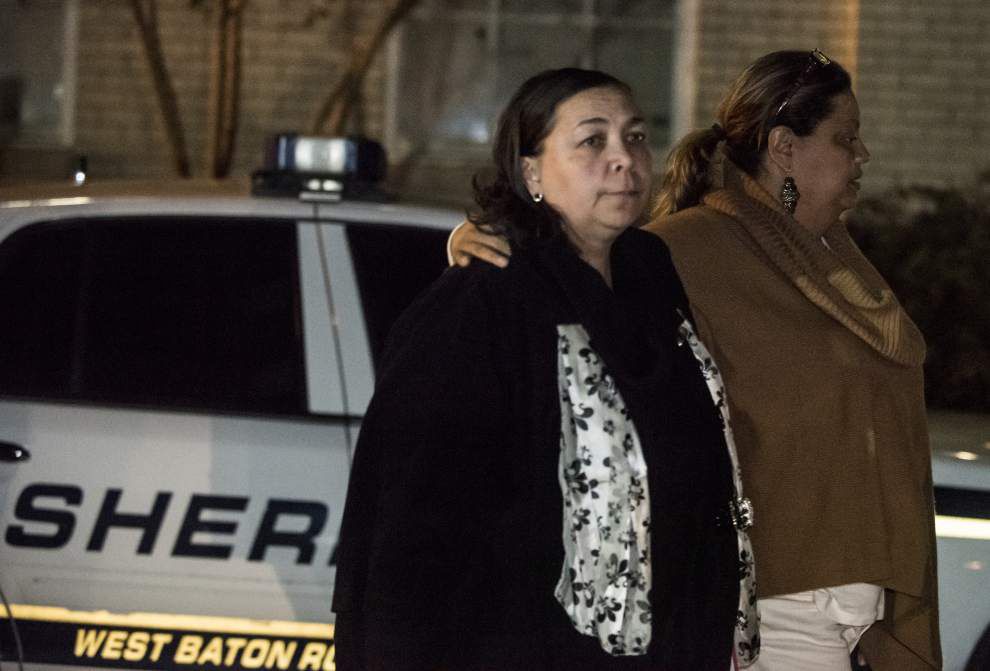 A prosecutor portrayed Kitts as a liar, schemer and a woman hell-bent on “getting rich quick,” while her defense lawyer described her as a loving wife, mother and former businesswoman who lost everything when she was wrongly accused of being involved in the killing of her husband, Corey Kitts.

Kitts is accused of conspiring with Karl Michael Howard, the alleged trigger man, to murder her husband.

Corey Kitts, 40, was shot three times on the morning of July 9, 2010, while sleeping in the couple’s bedroom in the Addis home he shared with his wife and two children.

For the past four weeks, prosecutors have accused Monique Kitts of hiring Howard, a Verizon employee living in Atlanta at the time, to kill her husband so she could collect more than $800,000 from his employment benefits and life insurance.

In his closing statements, Assistant District Attorney Tony Clayton accused both individuals of having “ice-cold water running in through their veins” for hatching a plot that involved taking Corey Kitts’ life.

“If everyone in this courtroom with a good heart was to drop dead, only two people would be left standing: Monique Kitts and Karl Michael Howard,” Clayton said.

Clayton implored the jury not to believe the defense attorneys’ attempts to discredit the prosecution’s case against the two, calling it “hocus pocus” designed to confuse the jury.

He chided the defense attorneys for placing the couple’s 15-year-old son, Corey Kitts Jr., on the stand Tuesday to declare his mother’s innocence.

“The most shameful part of the case was when they put that child on the stand,” he told the jury. “That was designed to play on your sympathy.”

Clayton’s closing arguments became too much for Corey Kitts’ family to bear when he showed jurors a photo of the man’s dead body on the autopsy table as he described the gruesome details surrounding his death.

Corey Kitts’ mother folded over in tears and had to be escorted from the courtroom. As she was ushered out she kept sobbing, “They did you bad, Corey! They did you bad!”

Defense attorney Allen Myles called the family’s emotional outburst a ploy by prosecutors to turn the jury against his client.

“They ruined this woman’s career — destroyed this family!” Myles said of the prosecuting attorneys. “The truth of the matter is we don’t know who killed Corey Kitts!”

Myles spent much of his closing argument attacking the credibility and motives of two of the prosecution’s star witnesses, David Ray Johnson and Corey Knox. The defense lawyer called them liars, desperate to say anything to secure plea deals.

Johnson admitted on the first day of the trial that he had an affair with Monique Kitts.

Johnson also claimed Howard had said that he expected $100,000 for the murder. But when Monique Kitts didn’t have the money, Johnson said, Howard began threatening her life.

Knox, indicted in the murder, turned on his alleged coconspirators right before the trial began, testifying that Howard originally asked him to kill Corey Kitts. Knox testified that after he refused, Howard coerced him into serving as the getaway driver on the morning of the murder.

Knox also testified he and Howard cased the Kittses’ home in Addis’ River Landing subdivision on at least two occasions in April 2010.

Myles told jurors Wednesday that Knox was lying so he could get out of jail, where he has been since his arrest in 2013.

“This man has been trying to make bond for two years,” Myles told the jury. “You think he won’t take that deal?”

Myles told jurors Johnson was a con man and habitual womanizer who had no credibility.

“He sat down for hours working out a deal with the prosecution,” Thompson said in court. “He made everything he said up to cover his own ass!”

In his closing argument, Thompson suggested the real killer might have been one of the six women Corey Kitts was allegedly having an affair with before his murder.

Myles also said evidence presented during the trial proves investigating officers had contaminated the crime scene and threatened to frame Howard if he didn’t confess to killing Corey Kitts.

“They messed up and now they want you to come clean it up,” Myles told jurors. “You cannot let this case go based on lies. When they don’t call their chief investigating officer on the stand that’s a reason to vote ‘not guilty.’ What are they trying to hide?”

District Court Judge J. Robin Free is expected to turn the case over to the jury Thursday morning.