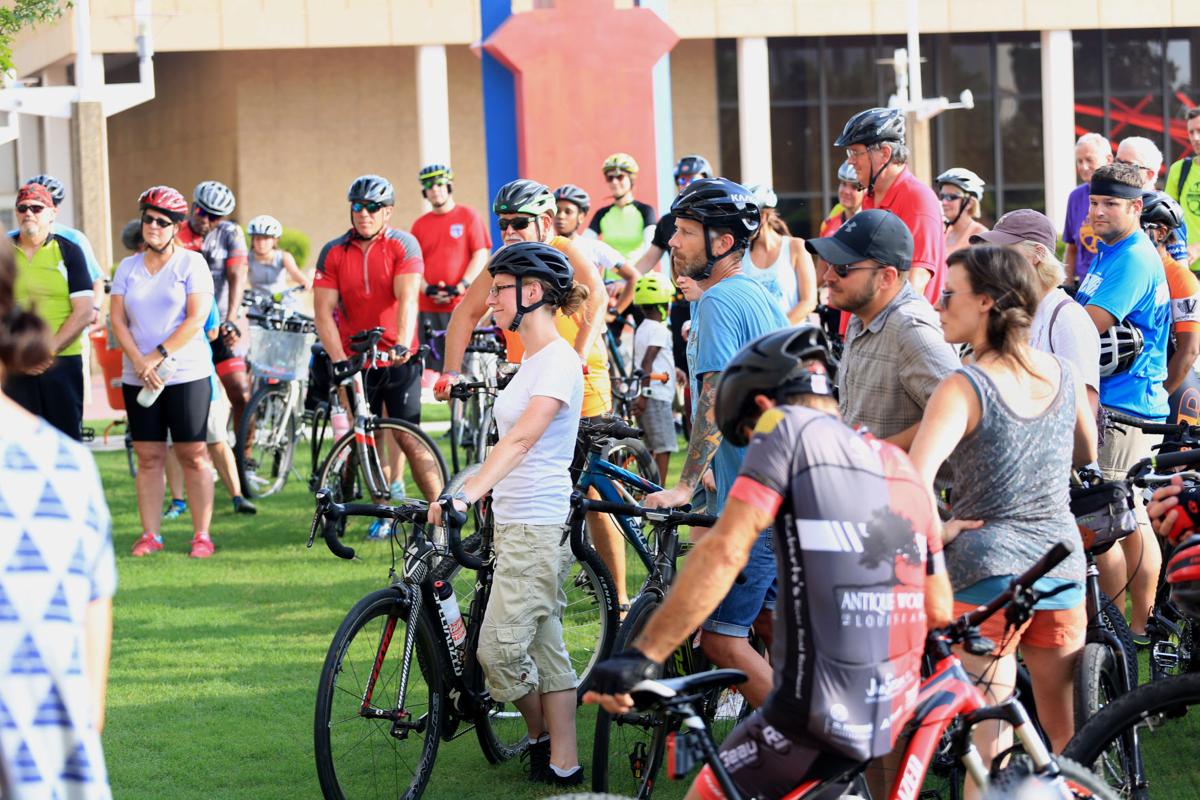 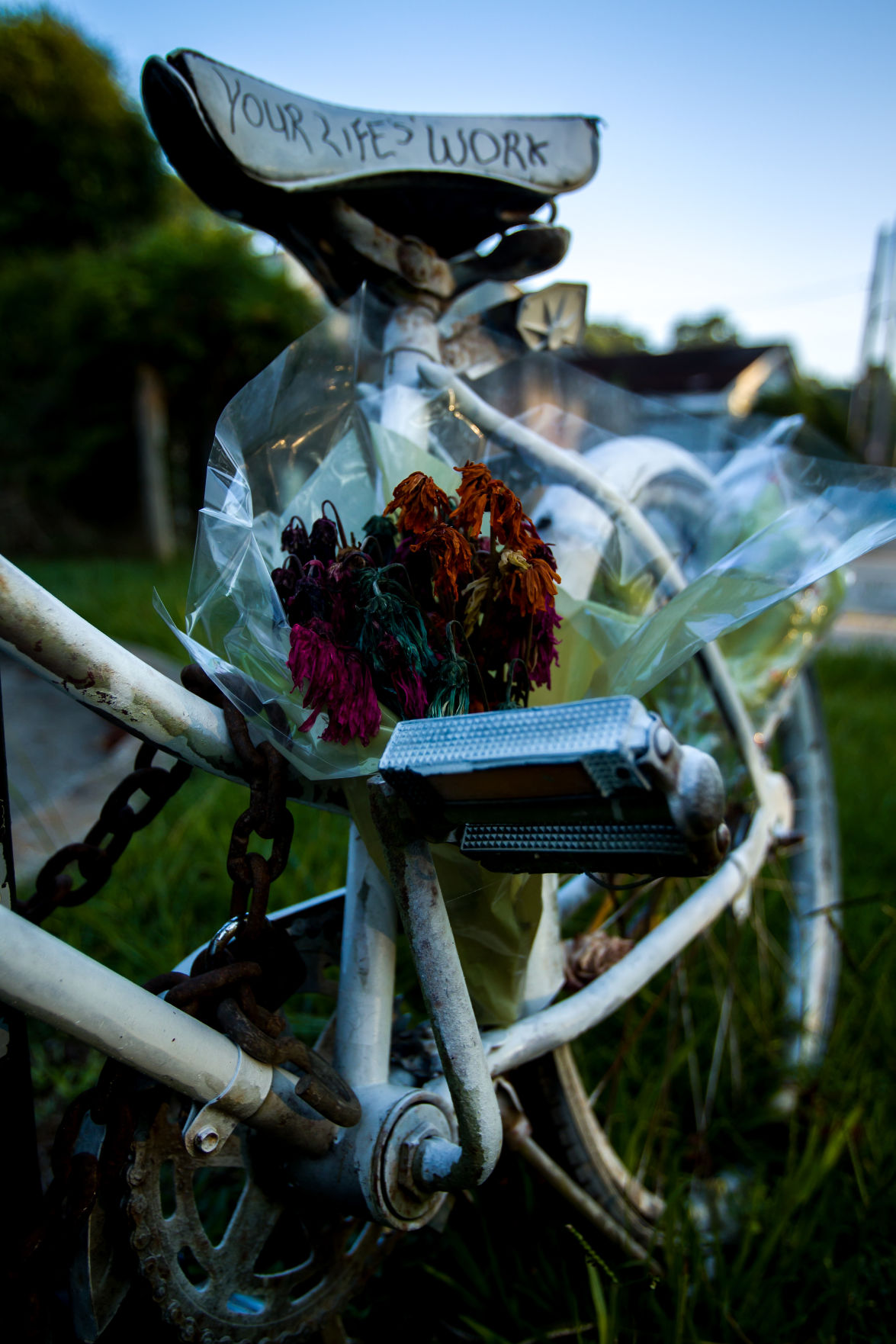 Advocate file photo of a ghost bike, marking the spot where a cyclist was killed.

Advocate file photo of a ghost bike, marking the spot where a cyclist was killed.

The Parish Council voted Wednesday to approve the ordinance, which has received heated criticism from cycling enthusiasts challenging what they describe as the poor timing — and poor taste — of the proposal.

Members of the cycling community have vowed to continue pushing back against the new restrictions, which include requirements that bicyclists wear fluorescent garments and ride single file in groups of 10 or fewer.

"This proposal is not about cyclists' safety," said Tom Townsend, the owner of a bike shop in Baton Rouge, addressing council members before their unanimous vote. "If a motorist is traveling at a safe, practical speed on these roads, there's plenty of room for safe passage within reason. … This proposal is unnecessary."

The council formed a committee not long after Amoroso's death to study enhanced safety measures for cyclists in the parish, which has become a popular biking destination thanks to its rolling hills and rural landscape. The committee voted in August to pass along recommendations for consideration of the full council.

Committee members emphasized that Amoroso's death simply hastened their efforts to address the dangers of biking in West Feliciana, saying those efforts were already under consideration before his Saturday morning bike ride on June 30 ended in tragedy.

Some bike advocates have taken offense at the council's actions from the beginning, feeling they've been confronted with an unnecessary crackdown on biking, especially after police determined the driver was at fault in the crash that killed Amoroso.

Dozens of people attended the meeting Wednesday, members of the cycling community as well as West Feliciana residents who said they are tired of having to accommodate bicycles on the road.

Supporters of the ordinance pointed to the hassle and danger they face when trying to navigate around inconsiderate bicyclists, even arguing that people who visit West Feliciana just for biking shouldn't get to dictate how residents use their own roads. Council members said residents have long complained about the problem, and it's time public officials addressed the problem.

But opponents argued the new rules overlook one major problem: drivers who aren't educated on how best to drive in the presence of cyclists. Some proposed a public education campaign aimed at raising awareness about sharing the road. And they questioned the usefulness and practicality of the ordinance because it will apply only to parish roads — not state and federal highways.

Bruce Wickert, ride chairman of the Baton Rouge Bike Club, also questioned what enforcement will look like and whether it conflicts with state law.

"It's not an exaggeration to say that I've never seen a more poorly written piece of legislation," he said in a statement Wednesday. "This ordinance is plagued with problems, both substantively and with ambiguous wording. … I don't even know how (local law enforcement) will begin to try and enforce this law without violating numerous constitutional protections."

Another section of the ordinance applies to bicycle races within the parish, requiring organizers to obtain a permit beforehand and make sure road markings and signage are removed within 24 hours after the race.

The fine for violation is $100. And the council specified that the rules do "not apply to homeowners or renters living and riding within their … subdivisions, major organized bike rides that are legally permitted … individual riders on cross-country rides … or citizens that use a bicycle as their main mode of transportation."

"I don't understand how the cyclists can still be upset about this," said Councilman Mel Percy, who chaired the council's bike safety committee. "You can still come up here and ride. The only difference is when a car comes up behind you, you have no excuse, you've got to get over to the side of the road and let them pass."

Parish President Kevin Couhig commended council members for their efforts to accommodate both supporters and opponents of the new rules. He said passing an ordinance does not mean that discussion is over.

"I was surprised by the vehemence on both sides of this conversation," he said. "This ordinance is not perfect but it will go a long way toward continuing a dialogue between cyclists and the council."

As tensions simmer between West Feliciana officials and bicyclists who flock to the parish’s rolling hills, a group is trying to meet in the …