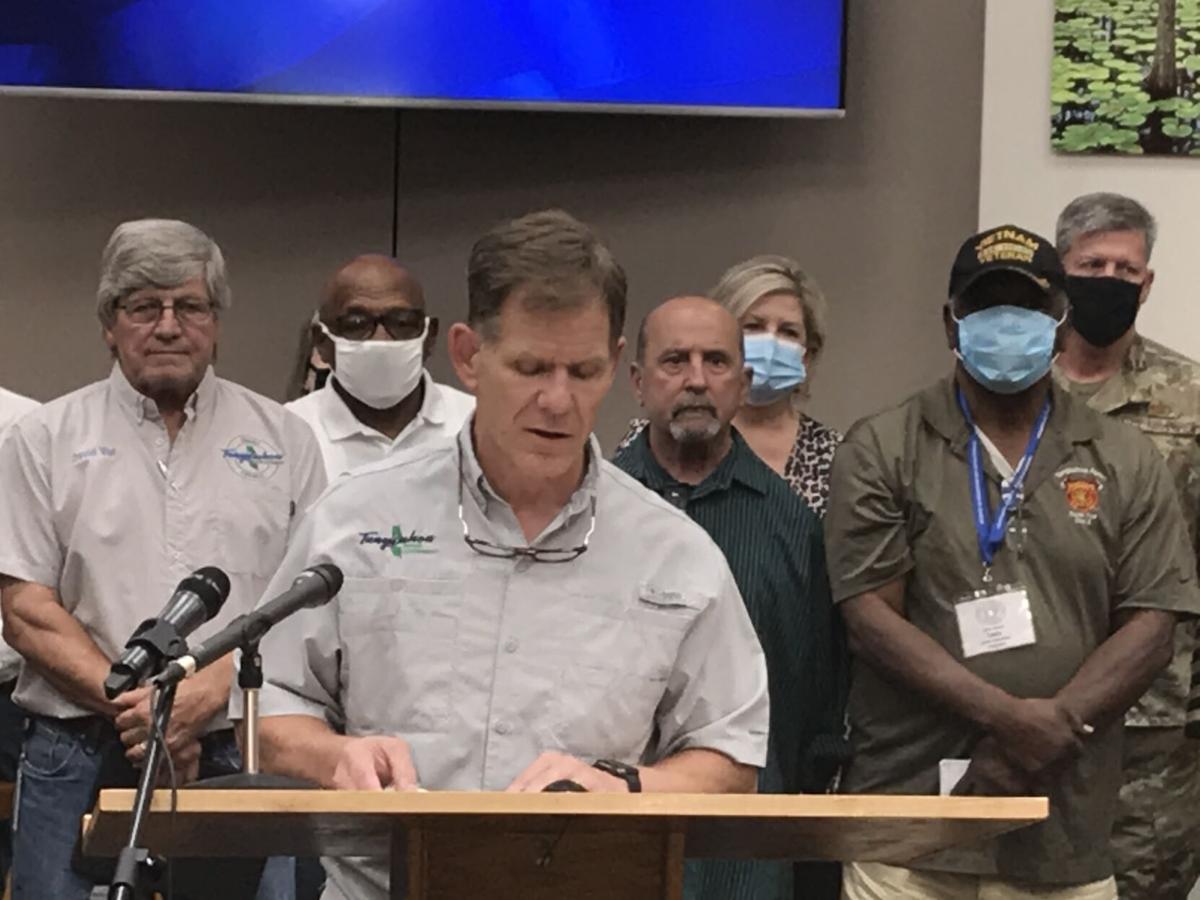 Tangipahoa Parish President Robby Miller speaks Monday, Sept. 6, 2021, about the status of the parish’s recovery from Hurricane Ida inside the Parish Council chambers in Amite. 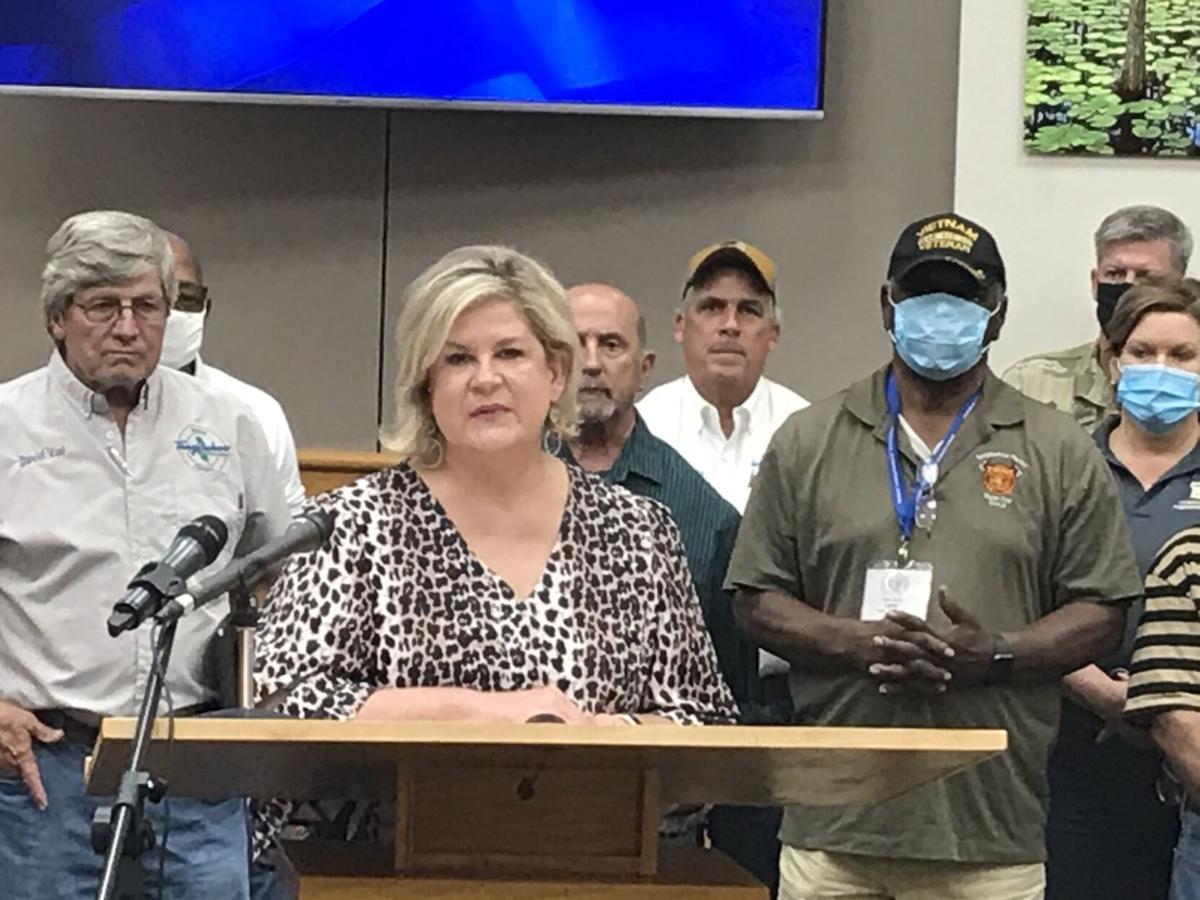 Tangipahoa Parish President Robby Miller speaks Monday, Sept. 6, 2021, about the status of the parish’s recovery from Hurricane Ida inside the Parish Council chambers in Amite.

Nearly 73% of Tangipahoa Parish still didn't have power Monday after it was slammed by Hurricane Ida, but local leaders said they are starting to see signs of progress.

Miller said he knew some people feel like they haven't been getting the attention they deserve, but he tried to assure people that no one was being left out.

"I assure you that everyone is working with every single strength cell in their bodies to bring us back to normal for each person," he said in a news conference at the Parish Council chambers.

Hard-hit Tangipahoa reels from wreckage of Hurricane Ida: 'It's still a nightmare over here'

Ida's jog east from its earlier track a week ago Sunday meant the long, narrow parish in the middle of the toe of Louisiana's boot took a heavy dose of wind and rain and also storm surge in its lowest reaches. It suffered some of the worst damage of any parish not on the coast.

Powerlines were smashed and tangled up and down the parish. Roofs were slashed. Low-lying areas around many of its rivers and creeks flooded.

The Manchac area — famous for its close contact with the marsh and swamp, and for Mittendorf's a seafood restaurant famous for its thinly-sliced fried catfish fillets — was inundated.

Sometimes known as the "low road," U.S 51 between Ponchatoula and LaPlace remains closed due to downed trees and powerlines, though the vast majority of roads in the parish have been reopened. The old highway tracks Interstate 55.

Miller said the parish gasoline supply has been reinforced with help from the Governor's Office of Homeland Security and Emergency Preparedness, but parish officials were still working to beef up supplies of propane, an important home fuel source in the parish's many rural areas that don't have municipal gas service.

Dawson Primes, the parish homeland security director, said a power generator will be installed at a Kentwood propane distribution plant so the local delivery companies don't have to drive as far to get the fuel.

He called the propane supply concern one of the biggest issues parish officials were working on Monday.

Primes said 50,396 electricity customers, or 72.9%, were without power on Monday. The tally is the combination of customers for all four power providers in the parish.

Workers were trying on Monday to restore power to Southeastern Louisiana University's campus in Hammond.

The mobile intake center to register for assistance from the Federal Emergency Management Agency will move Tuesday from Amite to the parish library in Hammond, 314 E. Thomas St. There is only one in the parish, so it is being periodically moved around, Primes said.

Primes added that parish government is providing transportation to residents who want to go to the state mega-shelter at the Raising Cane's River Center in Baton Rouge. Parish government can't offer shelters in Tangipahoa because of the damage to local schools and the lack of power.

Our Views: New Orleans, Baton Rouge weren't in Ida's direct path. Remember the people that were.

According to the national narrative, the story of Katrina was that a great American city was brought to its knees. There were many times after…