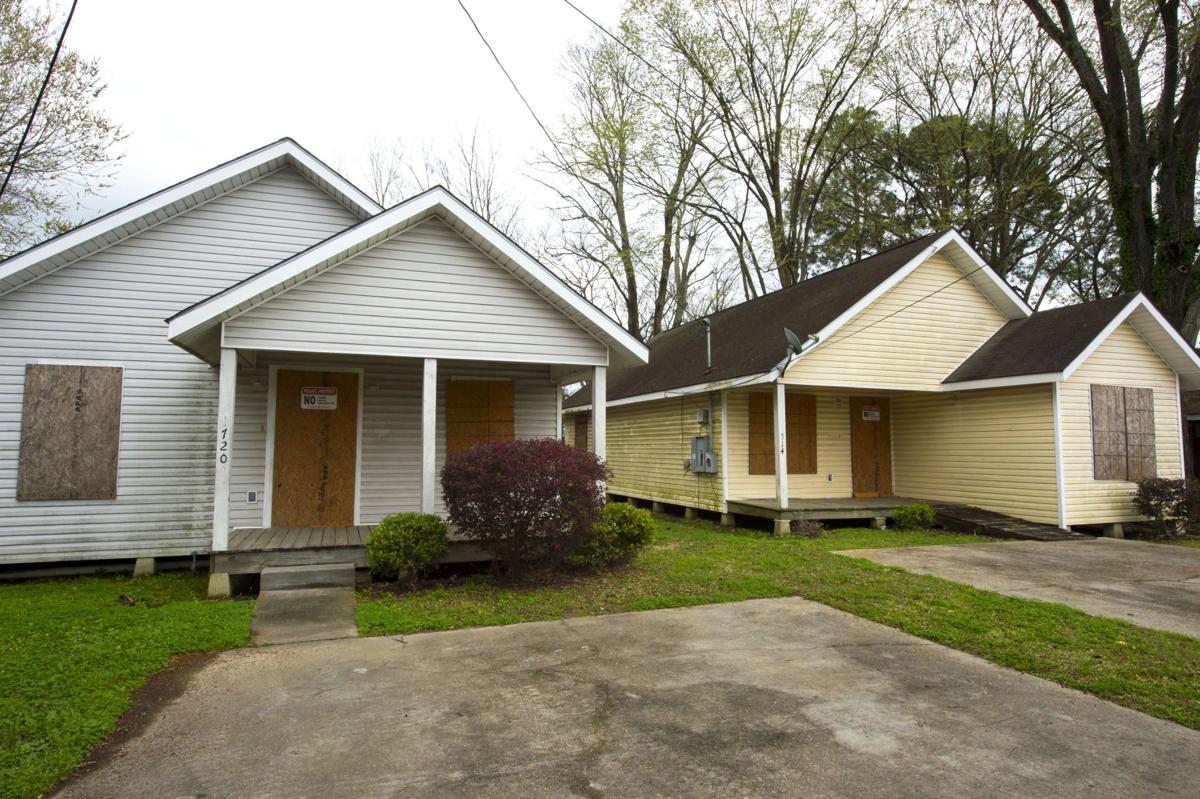 Two boarded up houses sit on N. 23rd Street just a stone's throw from B's Seafood & Deli, located at 1760 Plank Road at Jefferson Ave., seen Friday, Feb. 22, 2019. A study by LSU and the DA's office found homicides are more likely to occur in neighborhoods with a high concentration of blighted properties in close proximity to a convenience store. 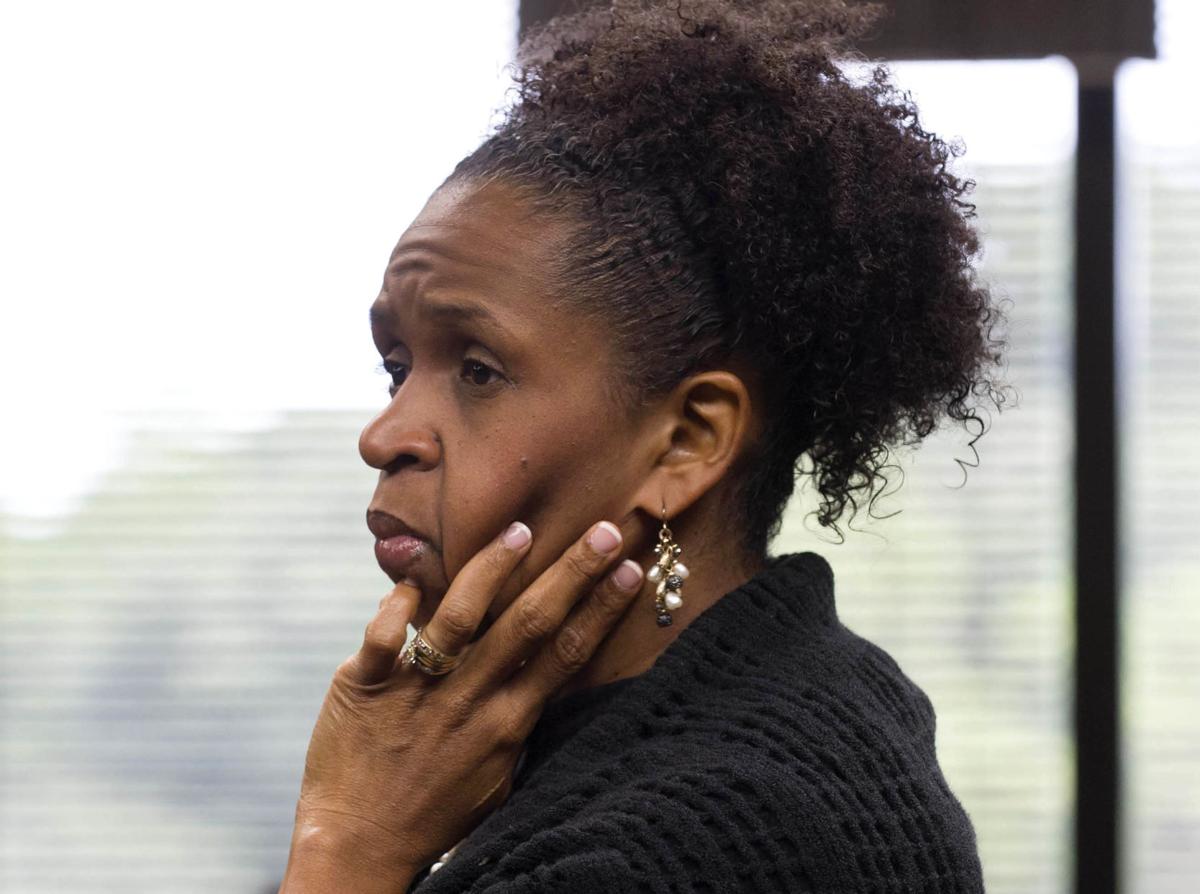 Two boarded up houses sit on N. 23rd Street just a stone's throw from B's Seafood & Deli, located at 1760 Plank Road at Jefferson Ave., seen Friday, Feb. 22, 2019. A study by LSU and the DA's office found homicides are more likely to occur in neighborhoods with a high concentration of blighted properties in close proximity to a convenience store.

Ideas being floated to address blight in East Baton Rouge range from hiring a contractor to speed condemnations of dilapidated buildings to amending contracts for residential trash service to include picking up waste on abandoned lots.

To address staff shortages in maintenance and code enforcement, the report suggests adjusting salaries  to bring them more in line with what surrounding municipalities are paying their employees.

It also recommends launching an initiative that would place some of the responsibility of neighborhood upkeep onto residents.

"Hopefully, the administration and community will take hold and start implementing components of the report," Councilwoman Tara Wicker said. "I recognize some of these require additional funding, like code enforcement expansion. But we also need to be looking at how we're allocating current resources."

Wicker and several other Metro Council members have spent nearly a year leading a committee made up of representatives from various city-parish agencies that were tasked with taking a thorough look at the parish's blight problems.

The report's release comes at a time with the city-parish is on the cusp of revitalizing some of Baton Rouge's neglected communities and commercial corridors.

Chris Tyson, executive director for Build Baton Rouge, said blight is a discussion that should be occurring at all levels of government.

"Once one property is allowed to go dilapidated, there is a chain reaction," Tyson said. "Crime information tells us a majority of crimes happens near blighted properties."

A food hub anchored by a grocery store, a civic space for community meetings and events, a pocket park and a building that will house Build Ba…

The formation of the Blight Committee was the result of the council's frustration with the enforcement of city-parish building codes and the backlog in outstanding fines collected and properties being cleaned up or demolished — which largely occurred due to staffing shortages.

The city-parish is currently owed more than $500,000 in outstanding fines associated with code violations and demolition costs for condemned properties since Jan. 1, 2017, according to data from the Finance Department.

While the committee was doing its work, the Metro Council passed several ordinances to beef up code enforcement for blighted properties.

Among the new laws are increased fines for illegal dumping and requiring valid reasons any time a council member seeks to rescind a condemnation order.

"Many of the debris piles that are located on unoccupied or vacant lots remain because there is no codified requirement for them to be picked up," the committee report says. "Republic has stated that they will go out to sites and pick up debris piles if it is requested by the city, but in order to ensure streamlined and guaranteed removal of these piles, Republic must be contractually obligated to do so."

The committee also suggested building upon the city-parish's Mow-to-Own program — in which residents can acquire blighted properties through regular upkeep — by creating Neighborhood Revitalization Programs that do the same thing through parameters the report doesn't make clear.

The merits of such programs help ensure communities maintain their identities. Special consideration should be given to entrepreneurs looking to make investments in the city's disenfranchised communities, the report states.

The committee also suggests establishing a Community Container Initiative, something that has been successful in other cities across the country in making blight clean-up a neighborhood responsibility as well.

"Much of the trash and debris that is usually thrown out improperly can be placed in these containers to be hauled off and disposed appropriately," the report reads. "The dumpsters can be reserved by any citizen and are for the use of the neighborhood in which they are placed."

One of the cities that committee members researched covers the cost of the containers by assessing fees through that city's utility bills.

The most costly, and likely tougher, suggestion from the committee is to increase pay for employees in maintenance and code enforcement as a way to address the staff shortages.

"When we're looking to increase economic vitality, blight is huge," Wicker said. "We have to focus on this if we're going to be successful."

Funding a struggle for Rebuilding Together Baton Rouge; 600 requests for home repairs pending