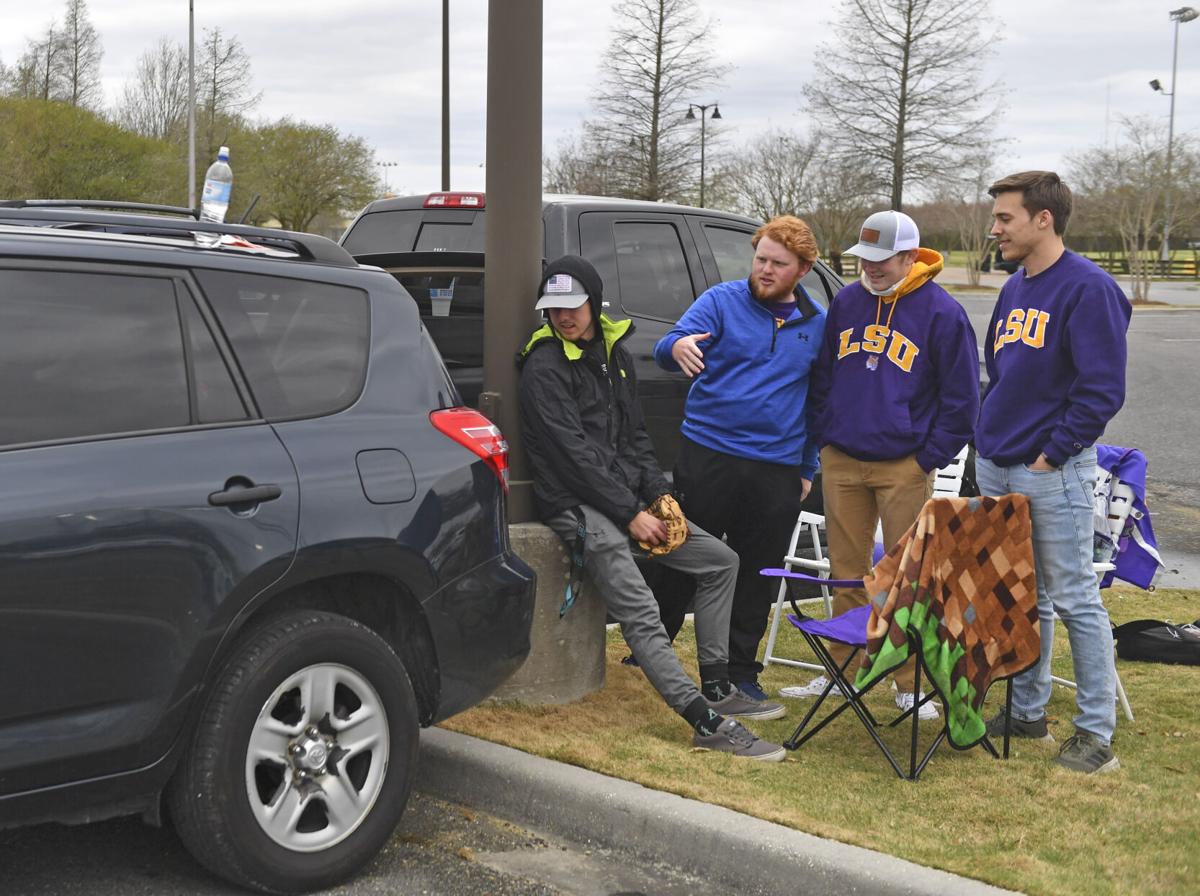 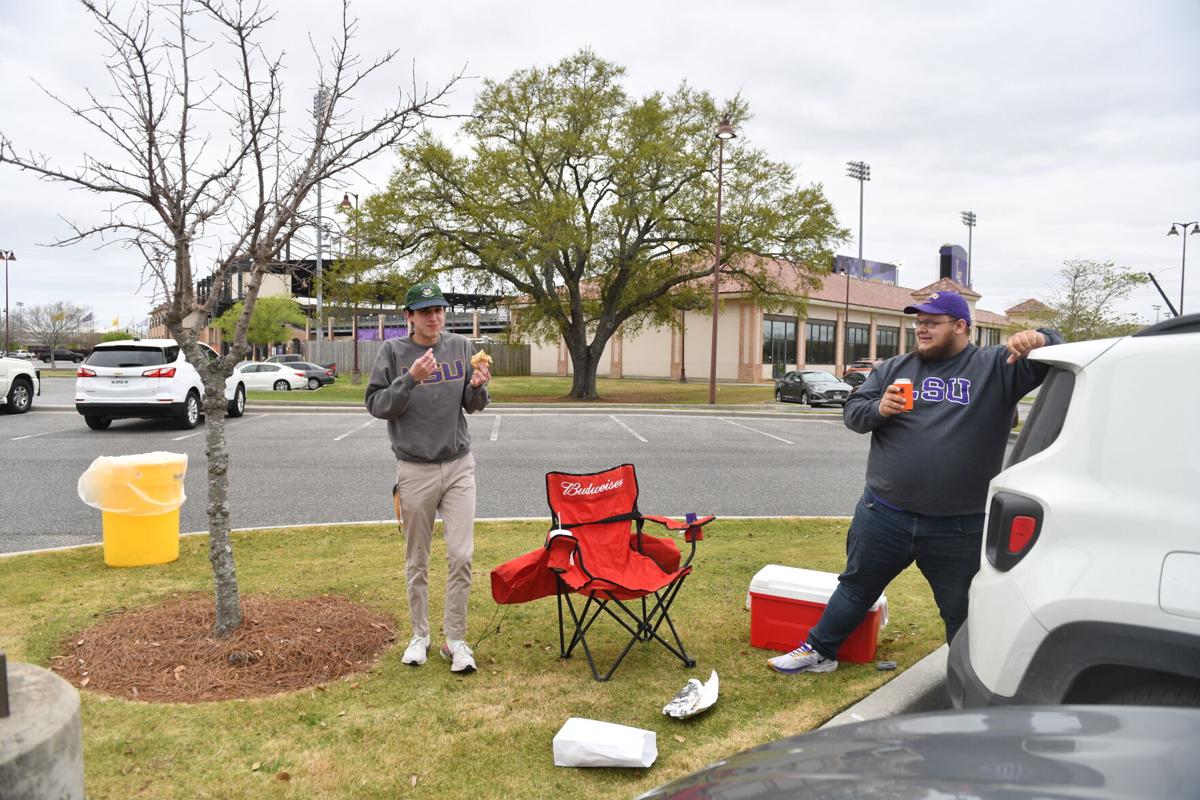 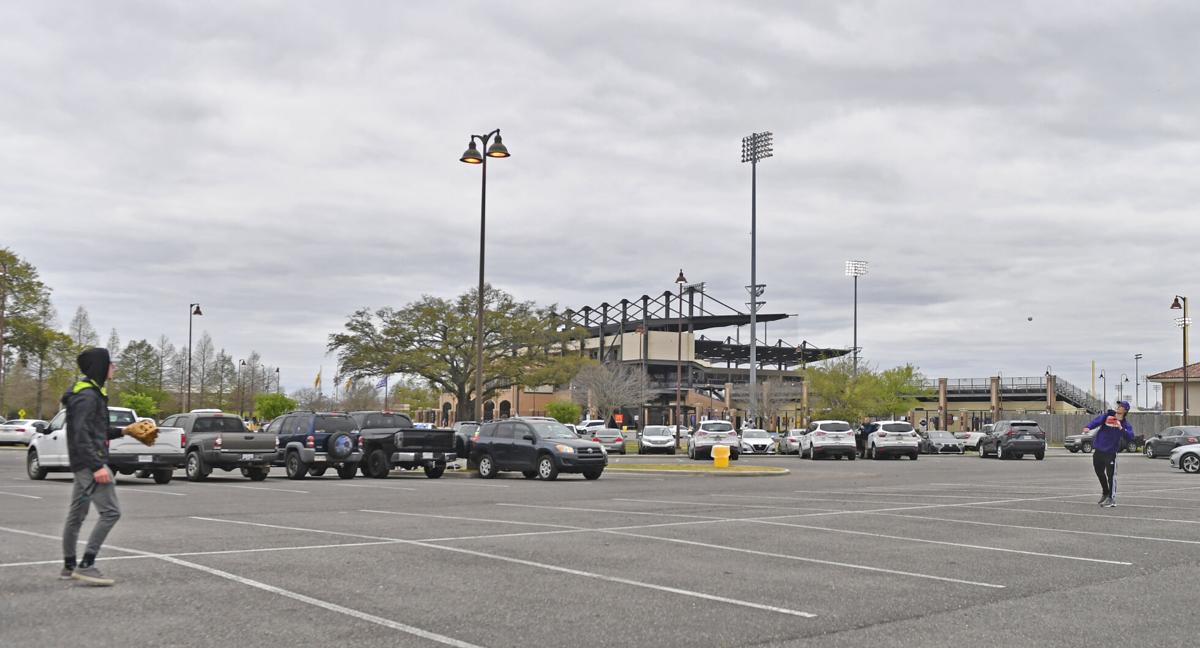 Collin Sanders, left, and Sam Silverman throw a baseball back and forth in the parking lot as they tailgate before the LSU baseball SEC opener against Mississippi State, Friday, March 19, 2021, at Alex Box Stadium on the campus of LSU in Baton Rouge, La. 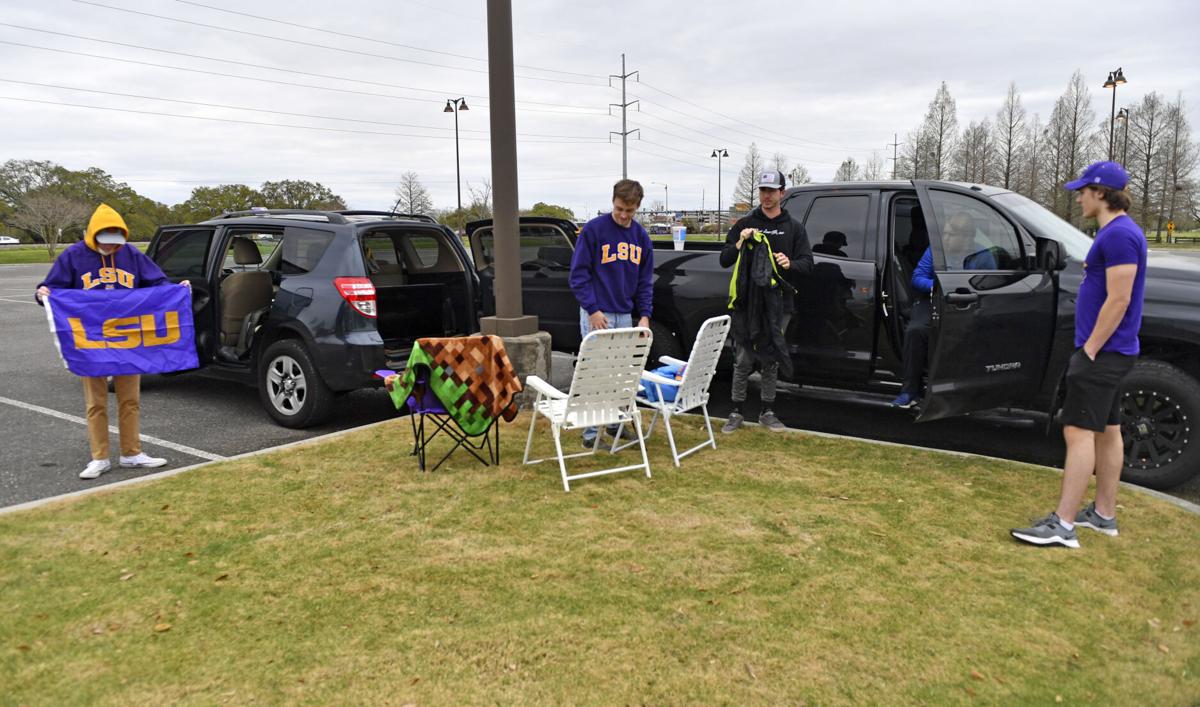 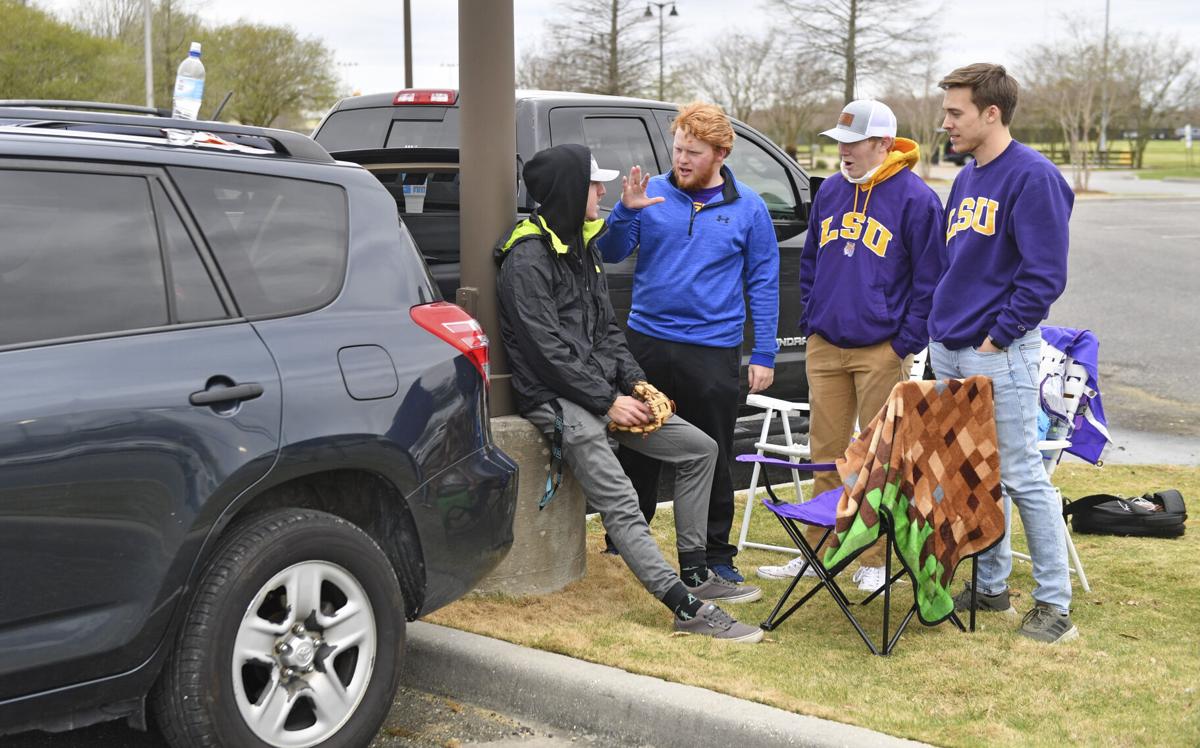 Collin Sanders, left, and Sam Silverman throw a baseball back and forth in the parking lot as they tailgate before the LSU baseball SEC opener against Mississippi State, Friday, March 19, 2021, at Alex Box Stadium on the campus of LSU in Baton Rouge, La.

Music, laughter and the smell of beer filled the air outside of a sporting event on LSU’s campus for the first time in a year Friday afternoon.

LSU baseball’s game against No. 6 Mississippi State at Alex Box Stadium marked the first time tailgating has been permitted on LSU’s campus since the coronavirus pandemic began last March, and some Tiger fans took full advantage.

“It feels good because we’re finally getting something back,” said Caden Germann, an 18-year-old LSU freshman who gathered in the Bullpen parking lot with a group of friends hours before the game. “This is fun, this is a normal thing that’s going on.”

The scene outside the stadium was tame compared to LSU’s reputation for huge, raucous tailgates in normal times. But a handful of groups still took advantage of the 50 degree temperatures to begin tailgating again.

The school announced the loosening of restrictions — which had outlawed the trappings of a large party, such as tents, trailers, tables, coolers, grills and communal food and beverage areas — just two days before the game. Fans began organizing as soon as the news became public.

“That’s why we’re just drinking beer by the car,” said Andrew Petterson, a 33-year-old from Baton Rouge who tailgated with three other people. “We were excited, so we just grabbed a 12-pack and came over here before the game. But it’s going to get better and better.”

LSU received approval for the move from the Governor’s office, the city of Baton Rouge and the Fire Marshal, allowing 15 people from the same household to congregate in parking lots and around motor homes.

The school guidelines allow 10x10 tents, coolers, tables, chairs, grills and yard games. Face coverings are required outside of the tailgate area, according to the guidelines.

The loosened restrictions correspond with Louisiana moving to Phase 3 of its reopening plan. Under the new rules, LSU can fill its outdoor spring sport venues to 50% capacity. It sold about 5,000 tickets for this weekend's series.

For some fans, the announcement didn’t change their game day festivities much; it just allowed them to move closer to the stadium.

“We get as close as we can, whether that’s across the street, down the street," said Adam Cutrer, a 33-year-old from Baton Rouge who was drinking with roughly 20 people in the parking lot.  "We just moved from that parking lot to this parking lot."

The loosened guidelines only apply to spring outdoor athletic events, like baseball. But fans were hopeful about the possibility of tailgating before football games in the fall.

“We’re already gearing up, getting ideas and logistics ready for actual tailgates with food, tents, cornhole,” said Timothy Turner, a 22-year-old LSU student who gathered with a group of friends. “I’m ready to get things back in gear. It’s really exciting and it offers a lot of hope for the fall.”

LSU loosened its restrictions on pregame tailgating for spring sports, allowing limited gatherings on campus before games for the first time s…