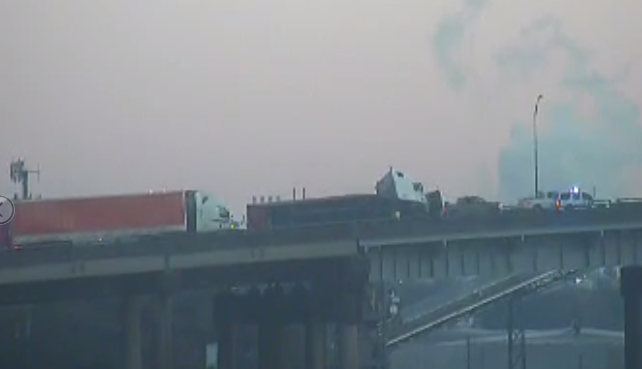 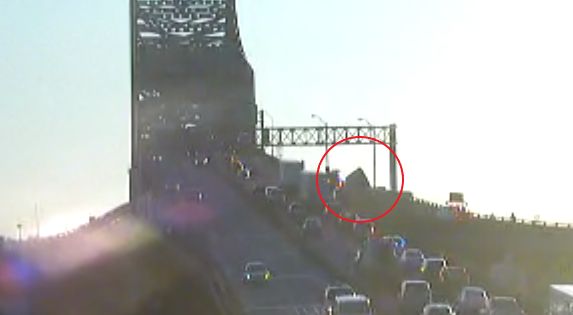 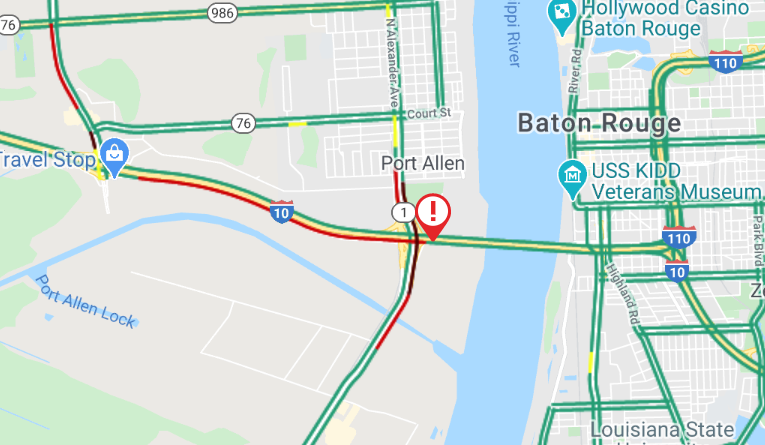 All lanes are back open after an 18-wheeler overturned on the Mississippi River Bridge early Friday morning.

The accident happened around 6:40 a.m. on the upslope of the new bridge.

The entrance ramp from LA 1 to I-10 East in Port Allen was blocked for over an hour while emergency crews assisted the scene.

Drivers heading northbound on LA 1 were diverted to the old bridge on US 190.

It's unclear if anyone was injured, or if any other vehicles were involved.