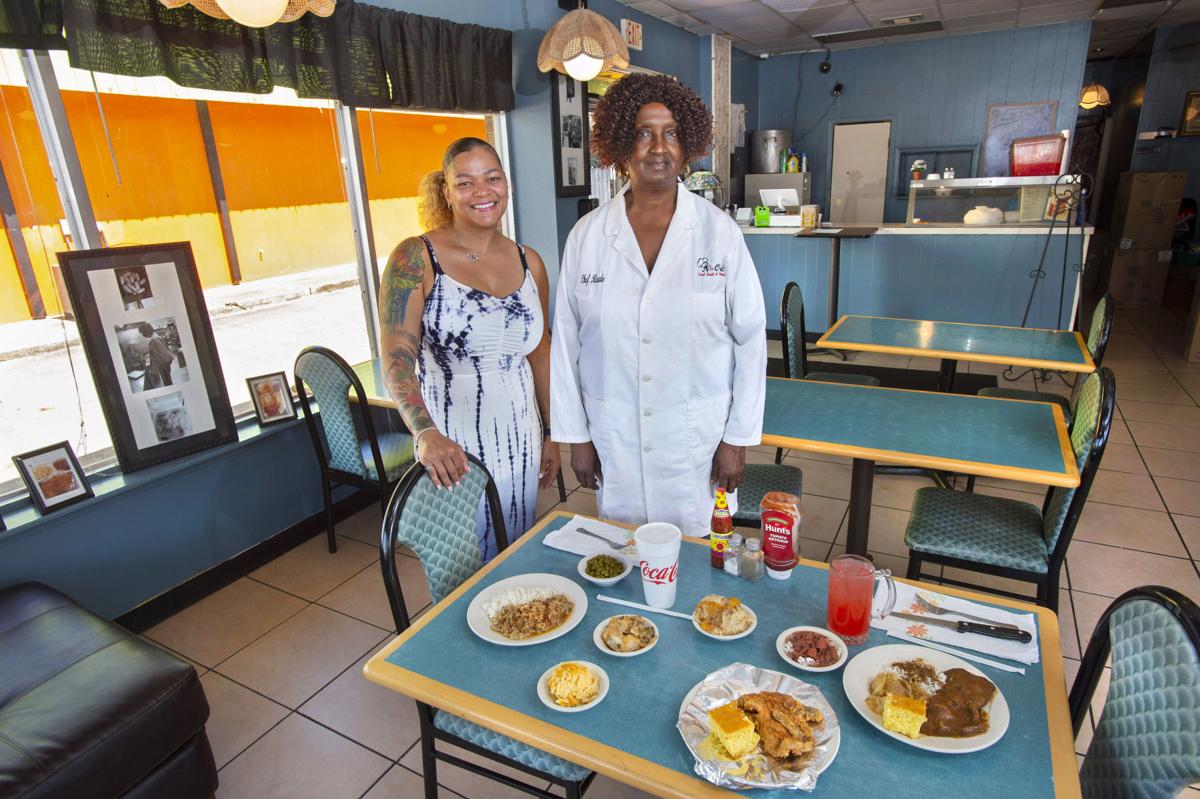 Yolanda Bryant-Curry, left, and her mother-in-law Katherine 'Miss Marie' Reado, who along with Curry's husband Sedric Curry own N & Out Soul Food and Catering at 9836 Florida Blvd, Wednesday, June 17, 2020. 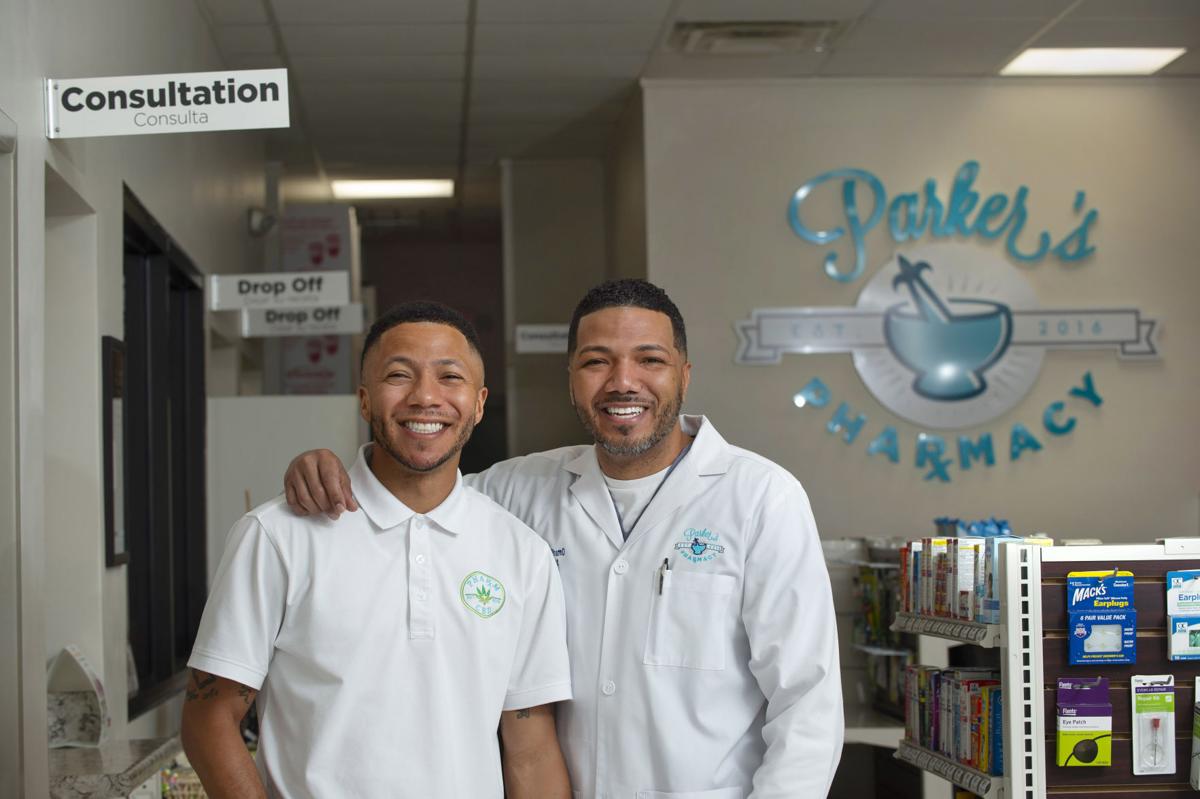 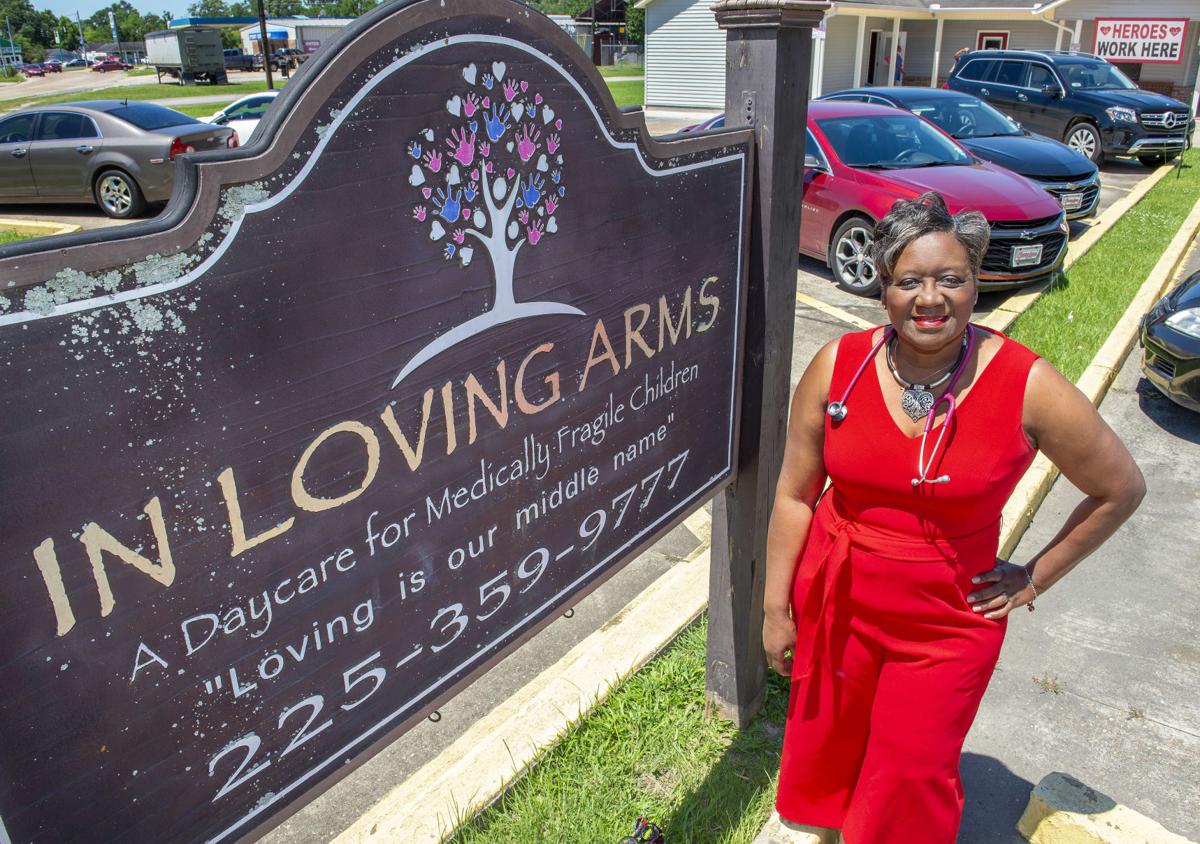 Renita Thomas in front of her business 'In Loving Arms' which is a daycare for medically fragile children located at 6637 N. Foster Drive Friday June 12, 2020, in Baton Rouge, La. 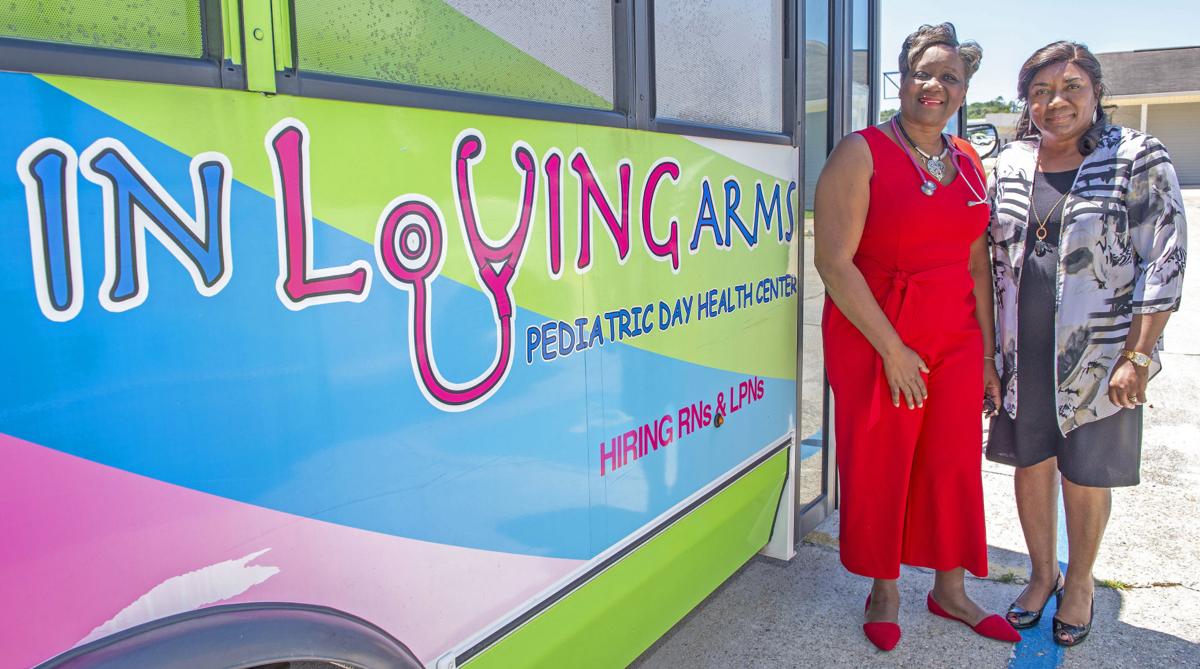 From left, Renita Thomas and Dr. Joan Ellis in front of 'In Loving Arms' which is a daycare for medically fragile children located at 6637 N. Foster Drive Friday June 12, 2020, in Baton Rouge, La.

Yolanda Bryant-Curry, left, and her mother-in-law Katherine 'Miss Marie' Reado, who along with Curry's husband Sedric Curry own N & Out Soul Food and Catering at 9836 Florida Blvd, Wednesday, June 17, 2020.

Renita Thomas in front of her business 'In Loving Arms' which is a daycare for medically fragile children located at 6637 N. Foster Drive Friday June 12, 2020, in Baton Rouge, La.

From left, Renita Thomas and Dr. Joan Ellis in front of 'In Loving Arms' which is a daycare for medically fragile children located at 6637 N. Foster Drive Friday June 12, 2020, in Baton Rouge, La.

Things have been so busy at N&Out Soul Food off Florida Boulevard that co-owner Yolanda Curry has had to “rotate with an ice pack” for her ankle, her husband’s knee and her mother-in-law’s back.

“Customers are coming in saying that they googled ‘Black-owned businesses’ and found us,” Curry said. “We’ve truly been blessed.”

That might please some of the protesters who took to the streets of Baton Rouge for more than a week after the killing of George Floyd by a White police officer in Minneapolis. In addition to calling for police reform and racial justice, those protesters have urged residents to support local Black-owned businesses.

The grassroots movement to support Black-owned businesses is part of a larger effort to tackle economic disparities in Baton Rouge and across the country — a divide that has grown starker with the economic fallout from the coronavirus pandemic.

Nationwide, more than 40% of Black-owned businesses — or 440,000 firms — reported they had closed shop in April, according to an early analysis of government data by researchers at the University of California, Santa Cruz. By comparison, 17% of White-owned businesses closed during the same period.

The Baton Rouge Area Chamber said it plans to do more to remove systemic barriers and address institutional racism to create a more inclusive business environment after it compiled data that showed "jarring" — though unsurprising — racial disparities across the region.

The median annual income for White households in Baton Rouge tops $75,000 and is nearly two-times greater than the median income for Black households, which is just $38,000, according to BRAC's data.

The message of opening up your wallet to make a difference could have far-reaching economic effects, say business owners like Orlando Palmer, co-founder of Parker’s Pharmacy off Florida Boulevard.

“If minority-owned, Black-owned businesses are successful, our entire city will be successful,” Palmer said. He noted that Parker’s Pharmacy, which is expanding to a second location later this year, has created 13 stable jobs that pay well.

Curry hopes to be one of those mentors. Her business, which she runs with her husband and mother-in-law, has seen a spike in sales in recent weeks.

Curry, who has an MBA from Benedictine University in Illinois, is opening her own consulting firm, in part to help train other businesses on the basics of marketing, accounting and profit maximization.

There's no shortage of ambition in Baton Rouge's Black-owned bushiness community, Curry says, but she sees a "lack of knowledge" among peers she hopes will succeed.

At Essential Federal Credit Union, Will Campbell Jr. has made it his mission to connect small businesses with the financial resources they need to grow. He said many of the businesses he assists lack a formal relationship with a bank, or are uncertain about the paperwork necessary to secure a loan.

“The opportunities are there,” said Campbell, who is vice president of commercial services at the credit union. “It’s just all about being educated on the banking process.”

Essential FCU has emerged as a lifeline in recent weeks in assisting hundreds of small business gain access to federal loans — ranging from $500 to $400,000 — through the Paycheck Protection Program.

The program, created through the CARES Act, quickly ran out of money, with many small businesses nationwide locked out as banks prioritized existing clients or firms with larger financial portfolios.

“No Black-owned business in Baton Rouge should go out of business for lack of access to this financial lifeline,” the Baton Rouge Area Chamber stated in a press release earlier this month, noting that it would work to connect businesses with banking and credit partners to apply for PPP.

Renita Thomas, owner of In Loving Arms Pediatric Day Health Center, said she lost about 90% of her clients at the start of the pandemic and described Essential FCU as a "godsend" that saved her business.

Thomas said that when she applied for a loan to grow her business two years ago at a different banking partner, she felt trivialized and faced enormous amounts of red tape, but when she took that same loan packet to Campbell, she was immediately welcomed.

That's when she decided to transfer her accounts to Essential FCU.

"The unspoken rule in a lot of organizations is that for African American owned businesses, there are more obstacles to getting loans, to being heard, and to being taken seriously," Thomas said.

Research from the Federal Reserve and others shows that minority-owned businesses are denied loans at higher rates than their White counterparts.

For many Black business owners, there's a sense that they have to go above and beyond to receive the same treatment as their peers.

"I've got to work twice as hard to earn the respect of my colleagues," Thomas said. "We always go the extra distance and then another 10 steps."

Eric Dexter, director of business development at Civil Solutions Consulting Group, said he hopes the effort will "normalize these businesses where you don't have to say I'm going to a 'Black business'."

"It will just become the thing to do because you need the highest quality product or service," Dexter said.