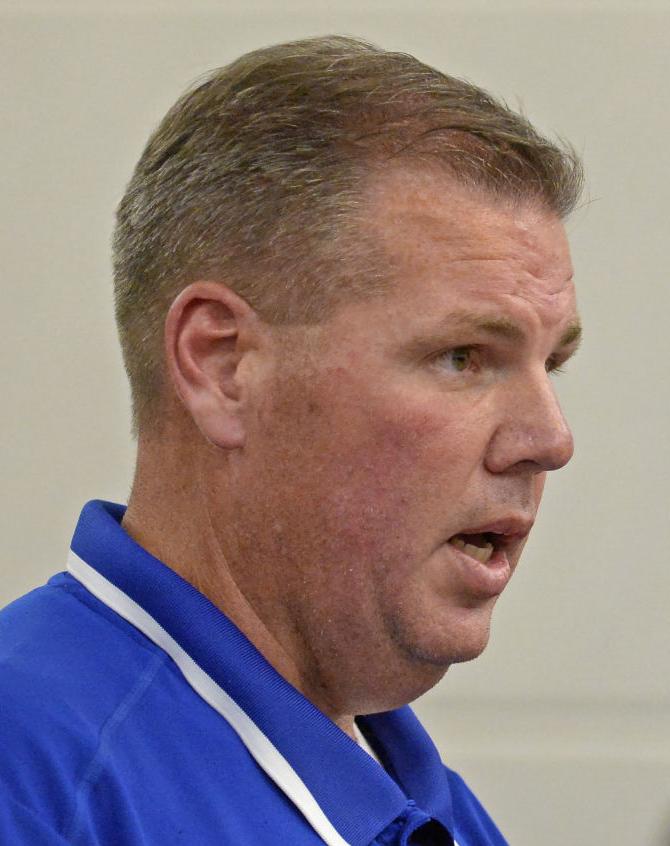 Matthew Pryor, the longtime chairman of the Ascension Parish Planning and Zoning Commission, has been reappointed to another two-year term after a Parish Council panel that vets appointees had to revote to break an earlier deadlock that had stalled his nomination and one other.

The commission has regularly been a flashpoint over the years as residents and builders clash over future home projects in the growing parish of nearly 130,000 people.

The latest example of this battle over growth is the litigation over the 237-home Delaune Estates. In that case, a split commission rejected the project in March 2020 over traffic concerns. In July, the Parish Council failed to overturn that decision after an appeal by the developer. The landowners have sued the parish and Parish President Clint Cointment personally, claiming $7 million in damages.

The commission is an all-volunteer panel appointed by the Parish Council. The council reappointed Pryor on a 7-2 vote April 1 in Donaldsonville.

The council also reappointed seasoned commissioner Ken Firmin but added a new name to the seven-member panel with Michael Varnado. Both of those votes were without opposition.

Firmin and Varnado were also named to a two-year term.

The council panel did not recommend new Commissioner Richard Carmouche, who had been appointed in September to fill out a remaining term, for a full term in its final rankings of the eight people who applied for the three openings.

As chairman and, at times, as a person who has cast key, tie-breaking votes, Pryor has drawn fire from some critics who say the parish is growing too quickly and outstripping its infrastructure while the commission has been too wiling to approve new development under his leadership.

Pryor, a lawyer and onetime candidate for parish judge, has maintained he follows the parish development rules and applies them to each case. With a new traffic policy a few years ago, he has cast votes to condition home projects to road upgrades being completed first.

Pryor, for example, opposed rejecting Delaune Estates, then known as Antebellum Pointe, saying the project complied with the traffic policy based on his reading of the rules. The majority of the commission, Cointment and the public speaking on the La. 73 neighborhood last year felt otherwise.

Pryor has also been a part of commission majorities that forced developers to stick to their road improvement commitments years after they were made, such as the Oak Lake project on La. 44, which was held up by the construction of a roundabout being built by a rival developer.

But critics say too many of Pryor's votes have been in the former category, not the latter.

"Pryor's a leader. He enforces the code. He doesn't show partiality or favoritism, in my opinion. I don't think he's doing anything that any other chairperson of that commission has done in the past. He's trying to enforce the code as he interprets it," Cagnolatti said.

Councilman Michael Mason, who, along with Councilman Joel Robert, opposed Pryor's reappointment on April 1, said that while he likes Pryor personally, his record as a commissioner "speaks for itself."

"He's obviously pro-development, and that's just where he and I don't see eye-to-eye," Mason said. "And I'm not anti-development, by any stretch. I just think there should be more discussion about where these places are going."

Mason, who sits on the Personnel Committee, said he would like to see a moratorium on some kinds of growth in selected areas of Ascension to allow infrastructure to catch up.

In a later interview, Pryor said a clear majority felt he was qualified to serve again and said he does so without an agenda.

"As for being pro-development or anti-development, I don't know what difference that makes. We just apply the law," he said. "That's what we do. That's our whole goal. We're not driving a political agenda."

Councilman Chase Melancon, who also sits on the committee but was absent for the April 1 council vote due to traffic, shared similar concerns about Pryor's record as a commissioner as Mason did.

Melancon noted the three final nominations came out of a reranking and revoting on March 24 by the full five-member Personnel Committee that was markedly different from an earlier round of votes.

With just four members present on Feb. 22 — Councilman Alvin "Coach" Thomas Jr. was absent — the committee deadlocked on two of the three open seats after a first round of interviews.

Firmin and Phillip Bellan had been tied for first spot then, while Pryor, Polly Glover and Carmouche were tied for the last spot. Revotes did not break the deadlock, Melancon said.

Given the unusual outcome, the panel had planned to let the full council break the ties, but, Melancon said, the council secretary later recommended that procedurally the panel should recommend to the full council three names for the three open seats.

Firmin was a clear first, and Pryor was a clear second. Glover and Varnado were tied for third, minutes show.

Bellan, Nathan Spicer and Susan Jordan were within two points of the third place spot but behind. Carmouche, the third sitting commissioner up for reappointment, was ranked last, minutes show.

Firmin and Pryor won recommendation by virtue of their top rankings.

For the third spot, Melancon moved to name Glover, but the motion failed, 2-3. Varnado was recommended for appointment without opposition.