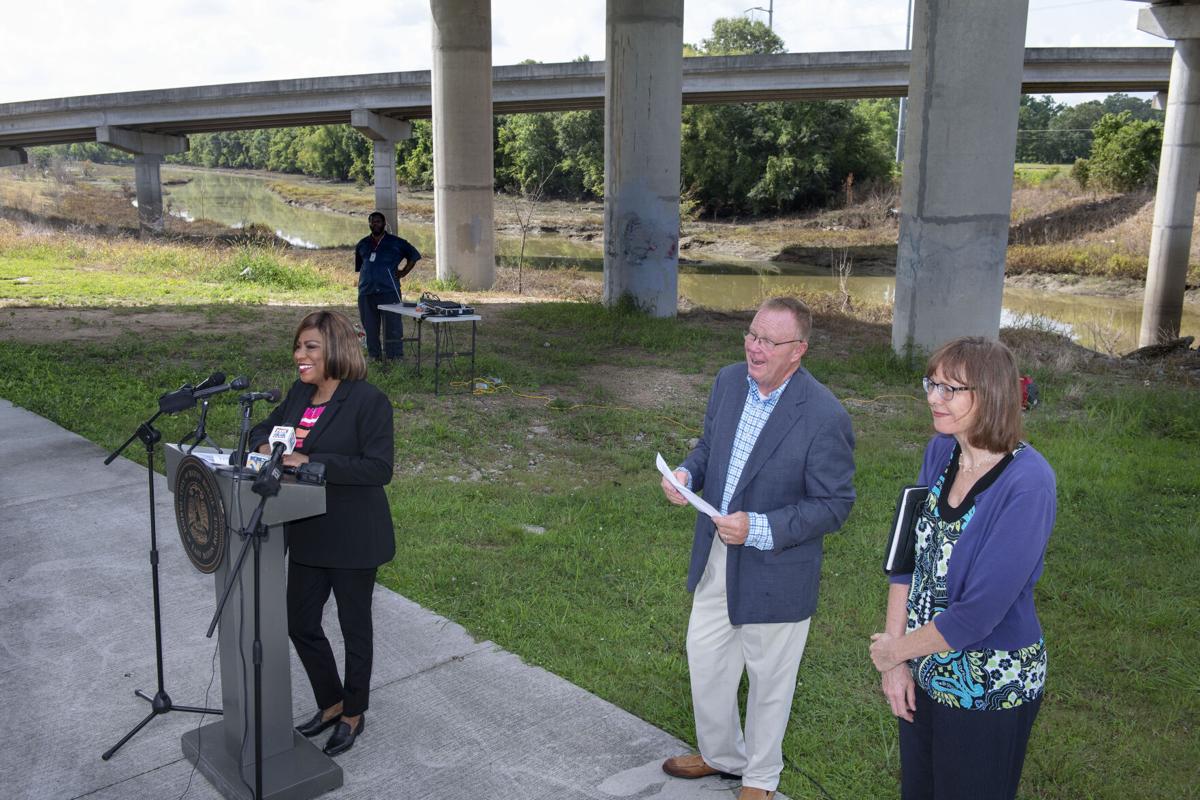 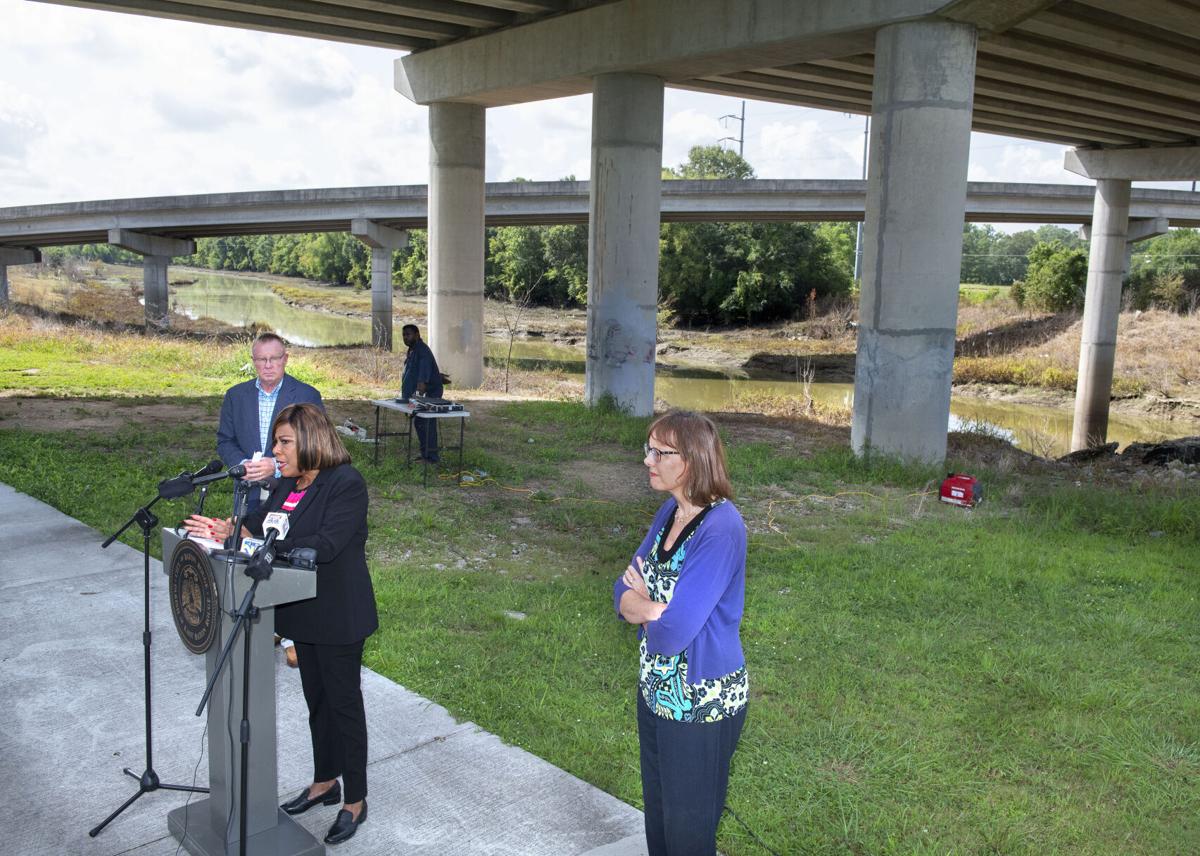 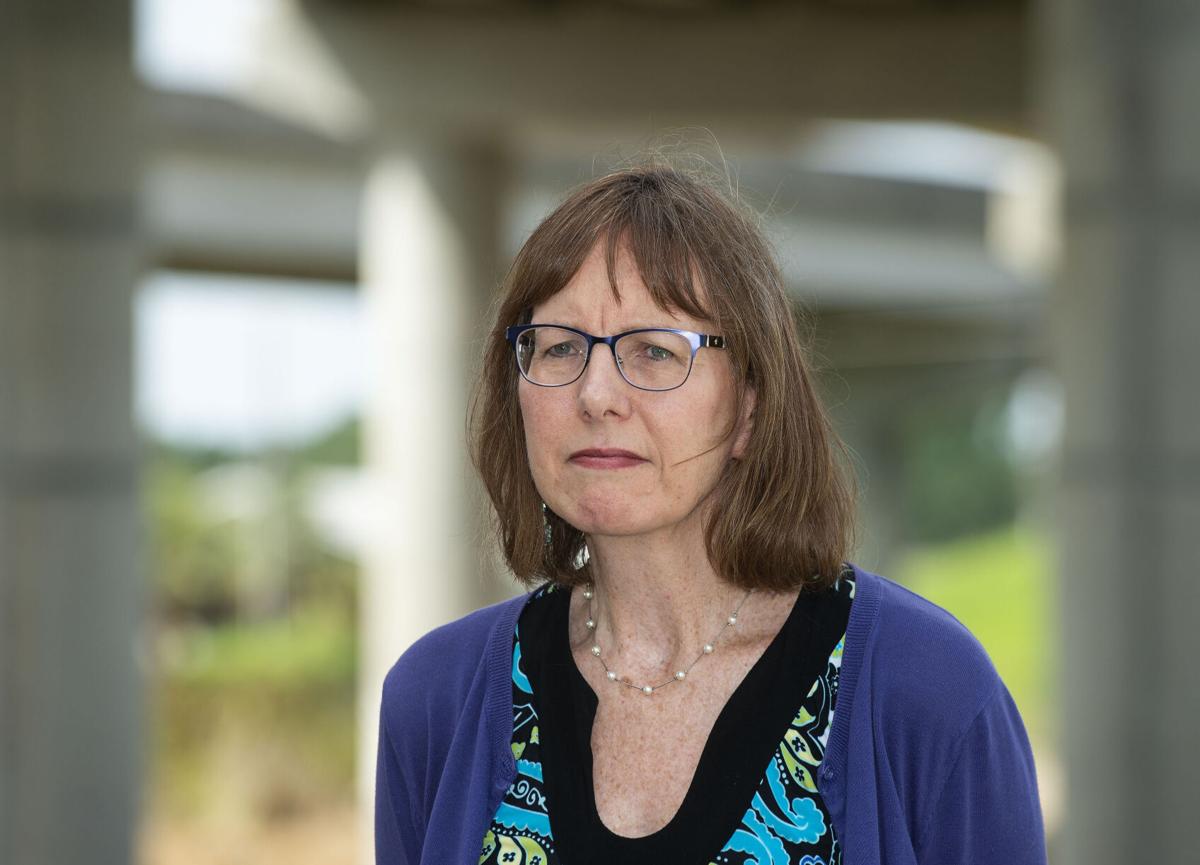 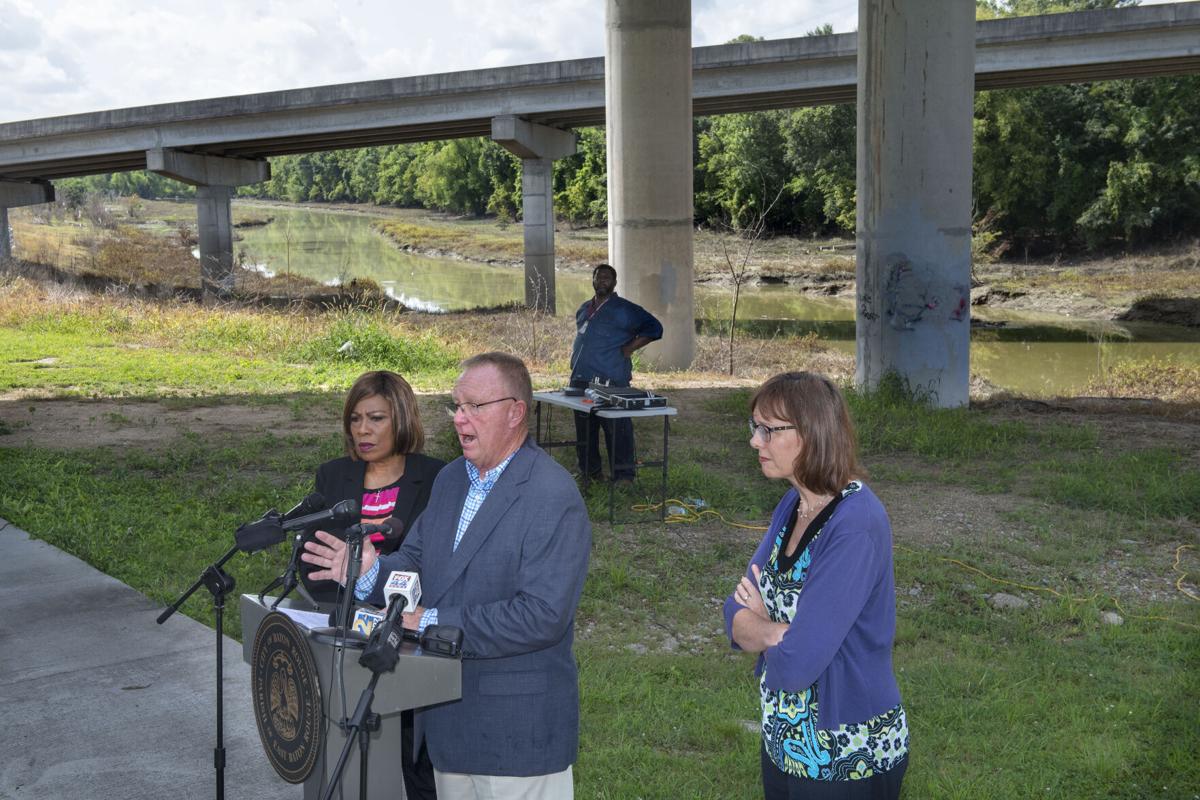 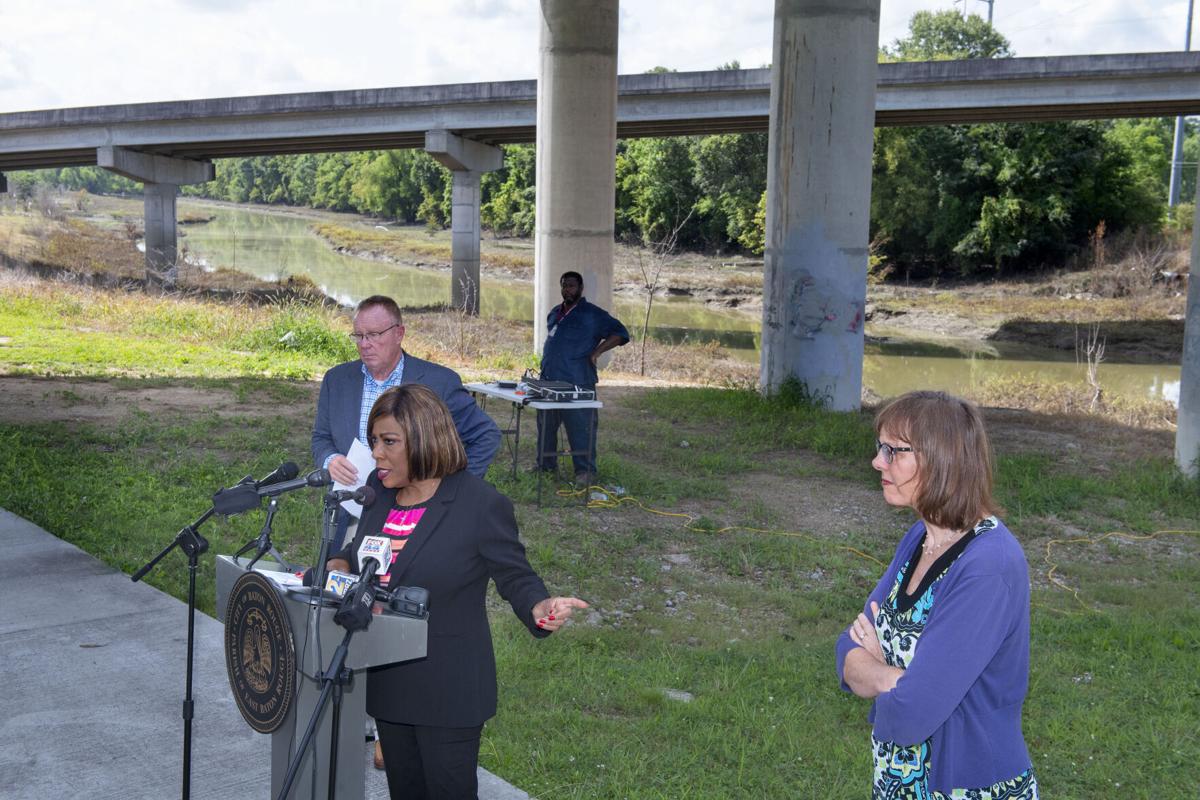 Brenda Boyd is living in a house with no flooring and almost no furniture — and the bottom half of the walls is missing.

The house flooded on May 17, when about 14 inches of rain fell on the Morning Glen neighborhood where she lives. Boyd, 72, hasn't received her insurance money yet, so she can't pay for repairs.

“I’m literally squatting in this husk of a home waiting for something to happen,” said Boyd, who lives alone.

Tears welled up in her eyes as she talked about the book collection she lost to the flood. She said she's afraid every time it rains.

Her neighborhood feels nearly abandoned. When she walks her dog, the only signs of life are debris piles, passing trucks and crews hired to repair her neighbors’ flooded homes.

The area where Boyd lives, in and around Wards Creek, was among the hardest hit by the May flood. On Tuesday, East Baton Rouge Parish leaders announced a major anti-flooding project that they hope will stop it from happening again.

The part of the creek near the Siegen Lane overpass is a "choke point" for stormwater, which backs up there and floods areas upstream. Mayor-President Sharon Weston Broome's administration will use a $1.8 million Federal Emergency Management Agency grant to widen the creek, hopefully easing the choke point.

It's part of the Stormwater Master Plan, Broome’s sprawling plan to fight flooding throughout the parish.

The Wards Creek project could reduce floodwater elevations upstream by as much as 2 feet during a 100-year rain event, like that May 17 storm, Broome said. That would protect neighborhoods such as Morning Glen, Westminster and the Siegen Calais apartments upstream of the project site, Broome said.

The first flash flood warning to pop up on his cellphone didn’t much faze Bobby Simmons.

Department of Transportation and Drainage Director Fred Raiford said the city-parish is working as fast as possible to break ground without running afoul of rules that govern federally funded projects. But construction isn’t expected to start until late 2022.

“I know these major drainage projects can never come fast enough,” Broome said. “That’s why I continue to fight for even more flood relief in East Baton Rouge Parish.”

But with years until the project’s completion — and 100-year rainfall events seemingly coming every few years — Boyd said she thought it was unlikely the work would be done before her house floods again.

“That’s three to five hurricanes between now and then,” Boyd said. “Things are not moving fast enough.”

Some of Boyd’s neighbors sold their homes for as little as $50,000 rather than repair the house and risk another flood, she said. She's somewhat optimistic, given that her neighborhood has never flooded before.

But if it happens again, she's "out of here," she said.

During Tuesday's news conference, Broome also pointed to more immediate measures being taken by the city-parish. More than 360 storm drains have been cleaned and 264 tons of sediment and debris have been removed in the three weeks since the Metro Council approved $20 million in federal coronavirus relief funds for drainage projects, Broome said.

Elsewhere in Morning Glen, 54-year-old D’Arcy Pintye, whose house got 14 inches of water, said she appreciates the urgency from city-parish leadership. But like Boyd, she said one more flood could force her and her husband to sell their home that they moved into just five months ago.

The misery of flood recovery also has 32-year-old Danielle Carmon counting down the days until her lease at the Siegen Calais Apartments ends.

Carmon lives on the second floor of the complex, which saved her apartment from flood damage in May. But her car was submerged and she’s since had to contend with odors from flooded first-floor apartments emanating into her unit.

The work by the city-parish is “not really promising to me honestly,” Carmon said. “I stayed in another area in 2016 and flooded there too. For me, it's kind of like no matter where you move, it’s going to flood.”

As federal money from COVID-19 relief bills arrives in the parish, officials said they hope modeling from the Stormwater Master Plan will allow them to meaningfully decrease the risk of flooding throughout the area.

“It’s part of what we’ll consider, but there’s going to need to be a continual revenue source to keep things going,” Kennedy said. She floated a utility fee or tax as possible ways to fund such work.

In the first half of the year, Baton Rouge received its second-highest rainfall total for the first six months of the year, according to weather service figures.

Boyd pointed to climate change as the reason for the city-parish’s flooding woes and asked why more wasn’t done to prepare in the past.

“One thing I have determined, whenever I do get back to normal, is I'm going to give somebody hell,” Boyd said. “Not because they’re bad people or doing bad things or anything like that, but because it’s absurd to wait when you know it’s coming.”

'Focus on the long term:' Pushback over proposal to divert $5M+ from libraries, other agencies