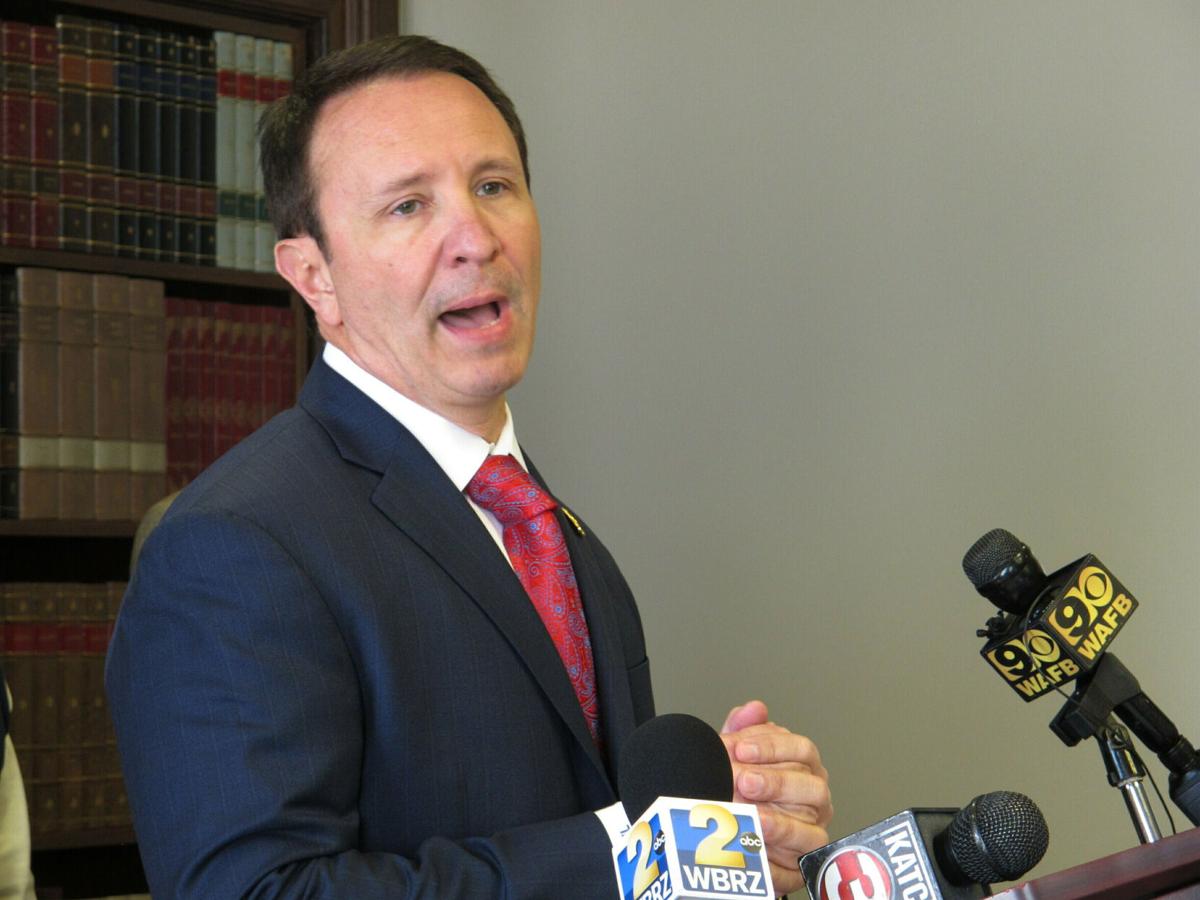 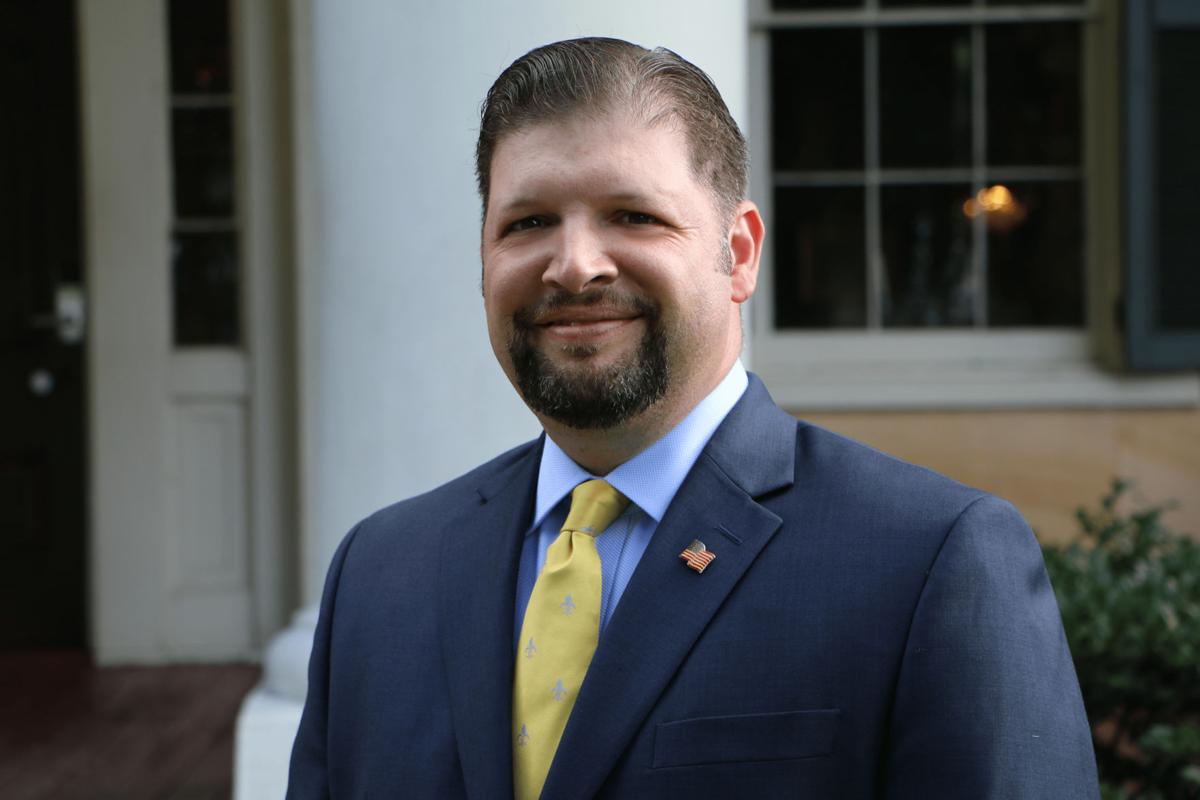 Louisiana has joined the legal fight with other Republican-leaning states trying to block new Biden administration vaccination requirements for businesses and federal contractors.

Separately, on Friday, Brandon Trosclair, an Ascension Parish grocer and one-time Republican legislative candidate, joined a handful of Texas residents who work remotely for one company also to challenge the rules affecting businesses.

Under the new business rules issued by U.S. Occupational Safety and Health Administration, employees for companies with more than 100 workers must be fully vaccinated by Jan. 4 or get tested weekly and wear masks.

The vaccination requirements for federal contractors and subcontractors are more stringent and don't offer a testing option, though some workers can seek limited exemptions.

Mississippi and Indiana joined Louisiana in Landry's suit over the federal contractor rules.

That latest suit brings the number of states that have sued over that rule to at least 22, according to an Associated Press count. Others in the South include Alabama, Arkansas, Georgia, Missouri, South Carolina and Texas, the AP reported.

In all three Louisiana cases, the plaintiffs claim the new requirements illegally interfere with the private medical decisions of workers and represent an overreach by the federal government into individual liberties and the authority of the states.

"Over the past 20 months, my employees have showed up to work and served their communities in the face of COVID and hurricanes. Now I’m being told by the government to insert myself into their private health decisions? That’s wrong and I won’t stand for it,” said Trosclair, who owns chains in Louisiana and Mississippi. "It is not the government’s place to tell me how to operate my stores or to force me to interfere in the private medical decisions of my employees."

Trosclair owns Ralph’s Market, Butcher Boy and Save A Lot stores and has nearly 500 employees, his lawsuit says.

Lawyers working for the conservative-leaning the Pelican Institute and Liberty Justice Center assisted the plaintiffs in that suit.

In a statement, Trosclair said he already faces a shortage of full-time employees and "the new OSHA rule will make it even harder to hire and maintain employees."

Taken together, the new federal vaccine rules present a sweeping impact on the nation's workforce as President Joe Biden attempts to further clamp down on the spread of the novel coronavirus and its waning surge from the delta variant.

The rule affecting federal contractors, which arises out of a Biden executive order and federal purchasing requirements, not OSHA, has been estimated to affect one-fifth of the nation's economy. The OSHA rule affecting medium-sized and large business affects an estimated 84 million workers, federal workplace safety officials say.

OSHA officials said the new business rules, which result from an emergency, temporary standard, will save thousands of lives and prevent more than 250,000 hospitalizations due to workplace exposure to COVID-19.

Since 2020, the COVID-19 illness from the virus has killed more than 750,000 Americans, including 14,615 Louisianians, and has become the nation's deadliest pandemic.

Solicitor of Labor Seema Nanda claimed that federal law gives OSHA "the authority to act quickly in an emergency where the agency finds that workers are subjected to a grave danger and a new standard is necessary to protect them." That authority allows those emergency rules to preempt state and local laws.

"We are fully prepared to defend this standard in court," Nanda said.

In statement, Landry claimed that Biden's policy on federal contractors and subcontractors would have drastic consequences for Louisiana, including the loss of billions of dollars.

The lawsuits claims that the state has already received "several communications sent by federal agencies demanding that Louisiana agencies, boards, commissions, or employees acquiesce in the Mandate, committing the State of Louisiana and exposing it to the loss of funds or clawback of funds in the future."

"Joe Biden is trying to bully our State and its citizens into complying with his unlawful mandate," Landry said. "I will not stand by; I will continue to stand up — fighting for Louisiana and her people."

Landry's office was asked Friday for a few examples of the threats against state agencies but did not provide any. The lawsuit did not identify any in Louisiana.

Shauna Sanford, a spokeswoman for Gov. John Bel Edwards, did not provide any examples either on Friday but said the governor is reviewing the "directive" and "will continue to ensure that all state resources are available to assist those employers affected by the requirements."

He also encouraged people to get vaccinated as soon as possible, she said.

"The vaccines are safe, effective and widely available and they are our most important tool for bringing this virus under control," Sanford said.

Landry brought the suit challenging the Biden executive order and resulting federal requirements on contractors in U.S. District Court in Alexandria on Thursday and then, on Friday, sued in U.S. 5th Circuit Court of Appeals in New Orleans over the new rules issued by OSHA on businesses.

Trosclair and the remote workers also filed their petition in the 5th Circuit, the venue under federal law for challenges to these kinds of OSHA rules.