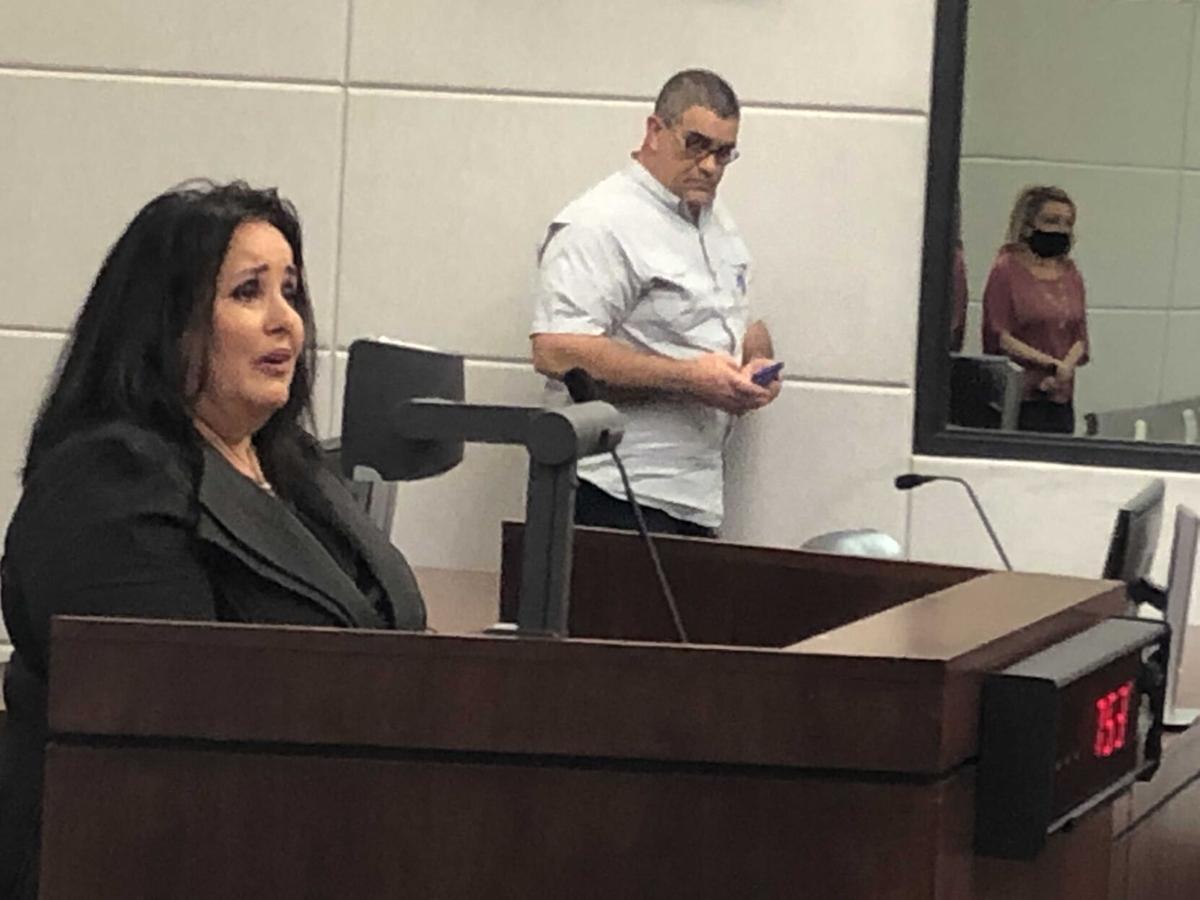 Shanie Bourg speaks Thursday, March 4, 2021, to the Ascension Parish Council in Gonzales. She was selected as the new parish registrar of voters. 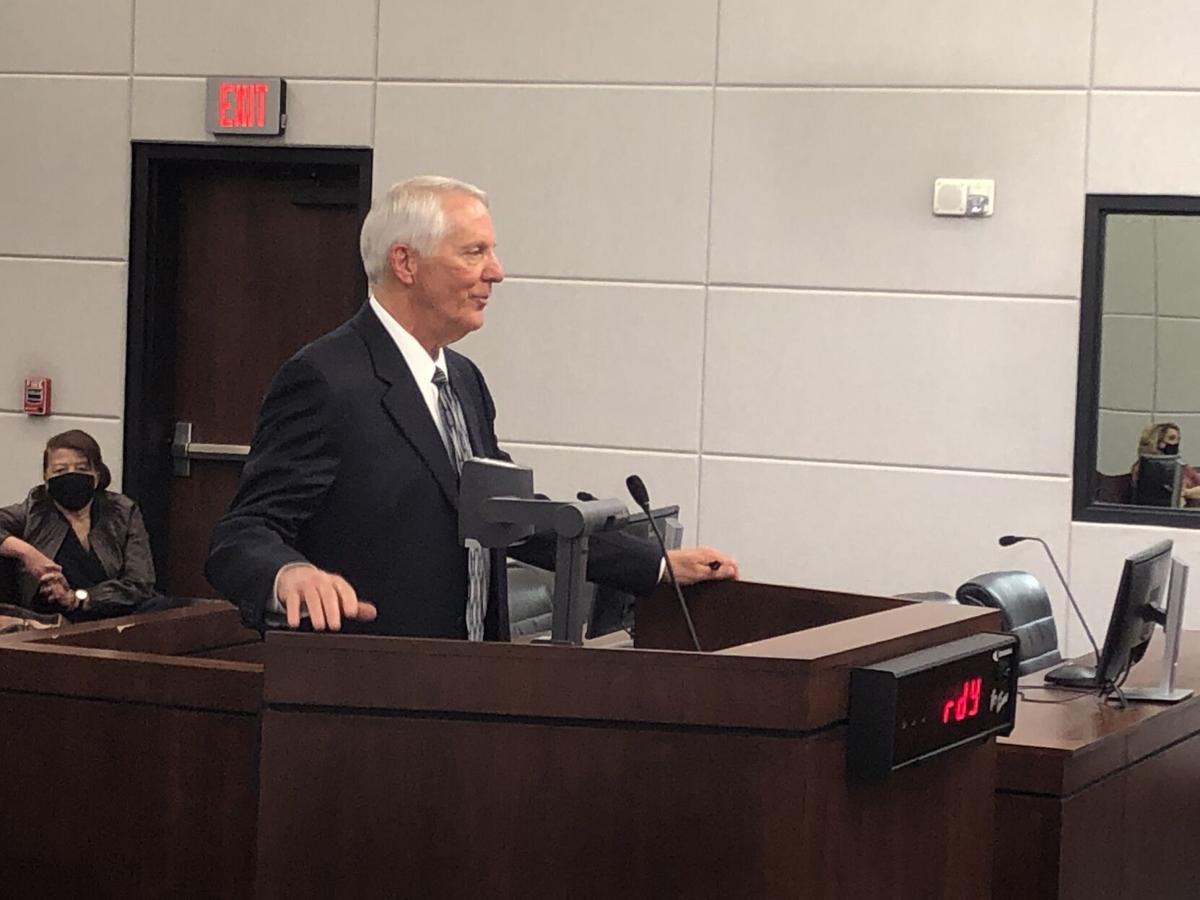 Murphy Painter speaks Thursday, March 4, 2021, to the Ascension Parish Council in Gonzales about being registrar of voters. Shanie Bourg, a state elections official, was selected for the job. 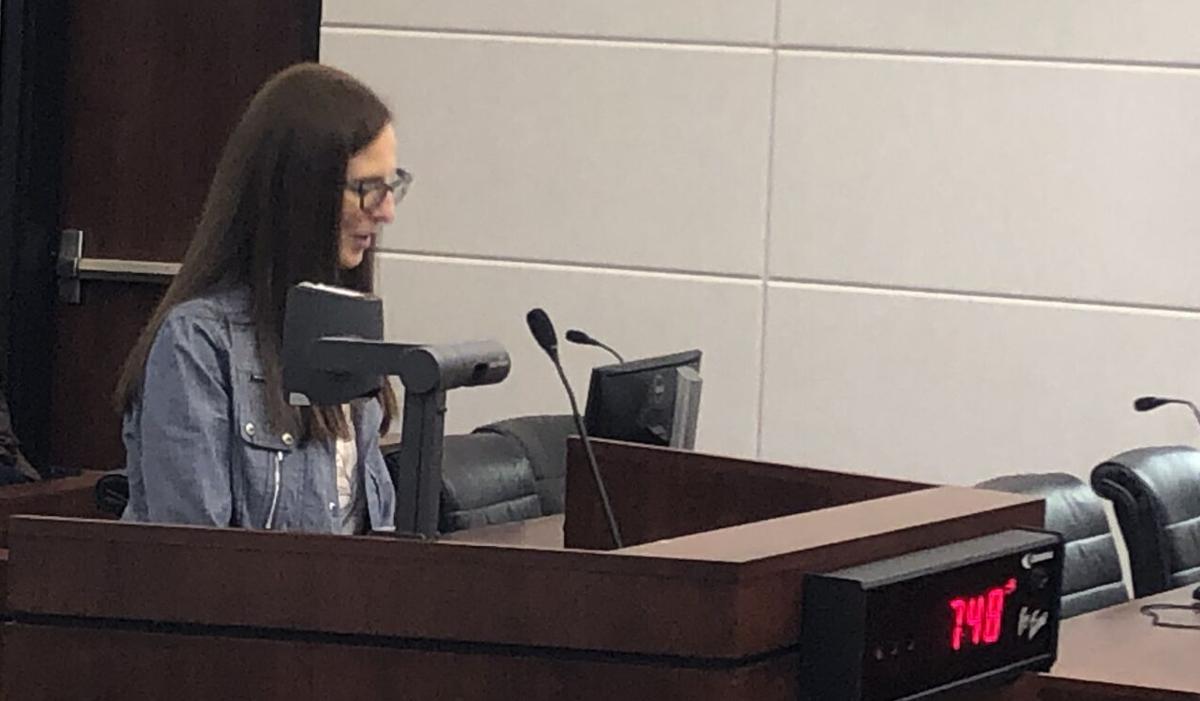 Joanne Capace Reed speaks Thursday, March 4, 2021, to the Ascension Parish Council in Gonzales about being registrar of voters. Shanie Bourg, a state elections official, was selected for the job.

Shanie Bourg speaks Thursday, March 4, 2021, to the Ascension Parish Council in Gonzales. She was selected as the new parish registrar of voters.

Murphy Painter speaks Thursday, March 4, 2021, to the Ascension Parish Council in Gonzales about being registrar of voters. Shanie Bourg, a state elections official, was selected for the job.

Joanne Capace Reed speaks Thursday, March 4, 2021, to the Ascension Parish Council in Gonzales about being registrar of voters. Shanie Bourg, a state elections official, was selected for the job.

GONZALES — Shanie Bourg, an elections administrator for the Louisiana Secretary of State's Office, beat out a field of 13 people, including former chief sheriff's deputy and presidential candidate Murphy Painter, to be the next registrar of voters in Ascension Parish.

Bourg, 50, an Ascension native, will replace retired Registrar of Voters Robert Poche', who retired after nearly 40 years. The job offers lucrative pay and a lifetime appointment but also has an important, apolitical role in maintaining the list of eligible, registered voters in the parish and helping ensure local elections run smoothly.

After garnering just enough votes to win the job — six on the 11-member Parish Council — an emotional Bourg promised to deliver on her plans to audit the parish precincts before reapportionment begins for the 2020 census and to boost efforts to register voters.

"This means so much to me. I will not disappoint you. I promise that you're going to get more than you'd ever thought you would out of me, I promise," she told the council afterward Thursday night.

The selection of a new registrar was the subject of some behind-the-scenes and out-front lobbying. Bourg was the favored candidate of Clerk of Court Bridget Hanna, who quietly sat through three evenings of candidate interviews this week, along with a handful of employees in the registrar's office.

Hanna, who has worked with Bourg for years, has said openly that she believes Bourg was the most qualified for the job. The future registrar will have to work closely with Hanna in managing parish elections.

Painter and Joanne Capace Reed, a former state director of voter registration who is chief deputy for East Baton Rouge Parish Registrar of Voters Steve Raborn, joined Bourg as one of the three finalists after three days of interviews before the Parish Council.

Reed and Painter each garnered two votes; Bourg received the rest from the council. Councilman Corey Orgeron, who was reported sick and hadn't attended any of the three days of interviews, did not vote.

Because of the absence of Orgeron, Council Chair Teri Casso cast the last and deciding sixth vote for Bourg, ensuring Bourg and Painter wouldn't have to go through another round of votes to pick a winner.

Casso, who has known Painter since before she was in high school, voted for Bourg after an extended pause of nearly 20 seconds with her head down to mull her decision as many in the room, including Painter, Bourg and most of the other people who had interviewed for the job, waited for an answer.

Before the dramatic finish Thursday night, the council had quizzed a wide range of candidates about their knowledge of the somewhat anonymous job of registrar of voters.

The questions also revolved around their management skills, bringing diversity to the small parish office and their views on voter disenfranchisement, voting integrity, mail-in ballots, voter apathy and last year's national election. Some candidates had direct experience with the job, though others didn't know much about the position but said they'd learn after being hired.

Councilman Chase Melancon asked many candidates how many people were on the parish board of election supervisors and what its role is in an election. Many didn't note that the registrar is on the board, nor that the board opens and counts mail-in ballots on Election Day, nor that it certifies results.

Reed and Bourg were among those who demonstrated the most knowledge of the position. Bourg, for example, told of counting votes by truck headlights in storm devastated Vermilion Parish after the portable generator went out one election night.

Painter relied on his management experience as a former chief deputy in Ascension and head of the state Office of Alcohol and Tobacco Control. Painter currently has a lawsuit pending claiming others in the parish conspired to ruin his race for parish president in 2019.

Councilman Michael Mason raised mentioned that an "elephant in the room" needed to be addressed, and Painter promised to remain professional in his administration of the voter list and future elections if named to the post.

"I can assure the parish president and his staff that he won't have any problems with me or any political issues or whatever else," said. "I'll do my job."

Though 17 people applied for the job originally, four dropped out of the running before speaking to the council.

About 85% of his salary, the top end of the pay scale after nearly four decades in office, was paid by the state and the remainder by the parish, an annual accounting says.

Bourg said she didn't know what her salary would be but would like it to match her current state pay of $98,500 per year.

GONZALES — The new Ascension Parish Registrar of Voters is taking a pay cut, or receiving a raise, depending on the perspective.