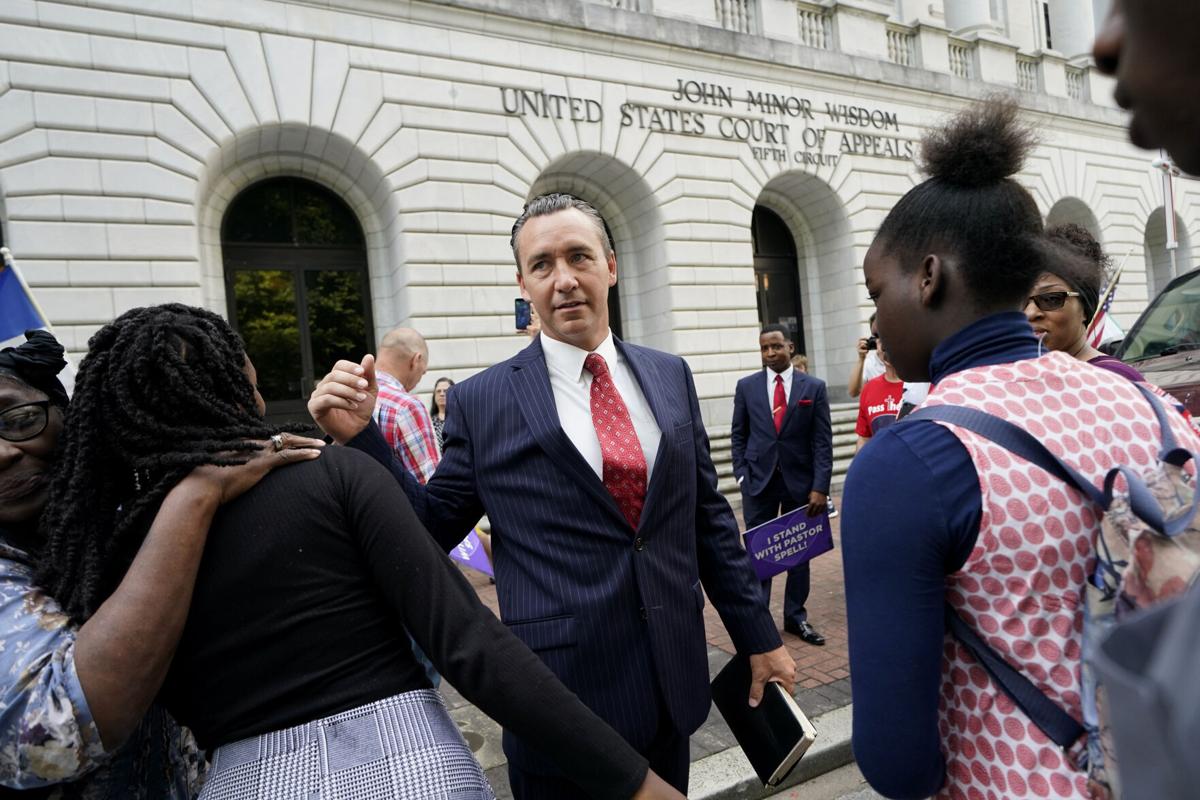 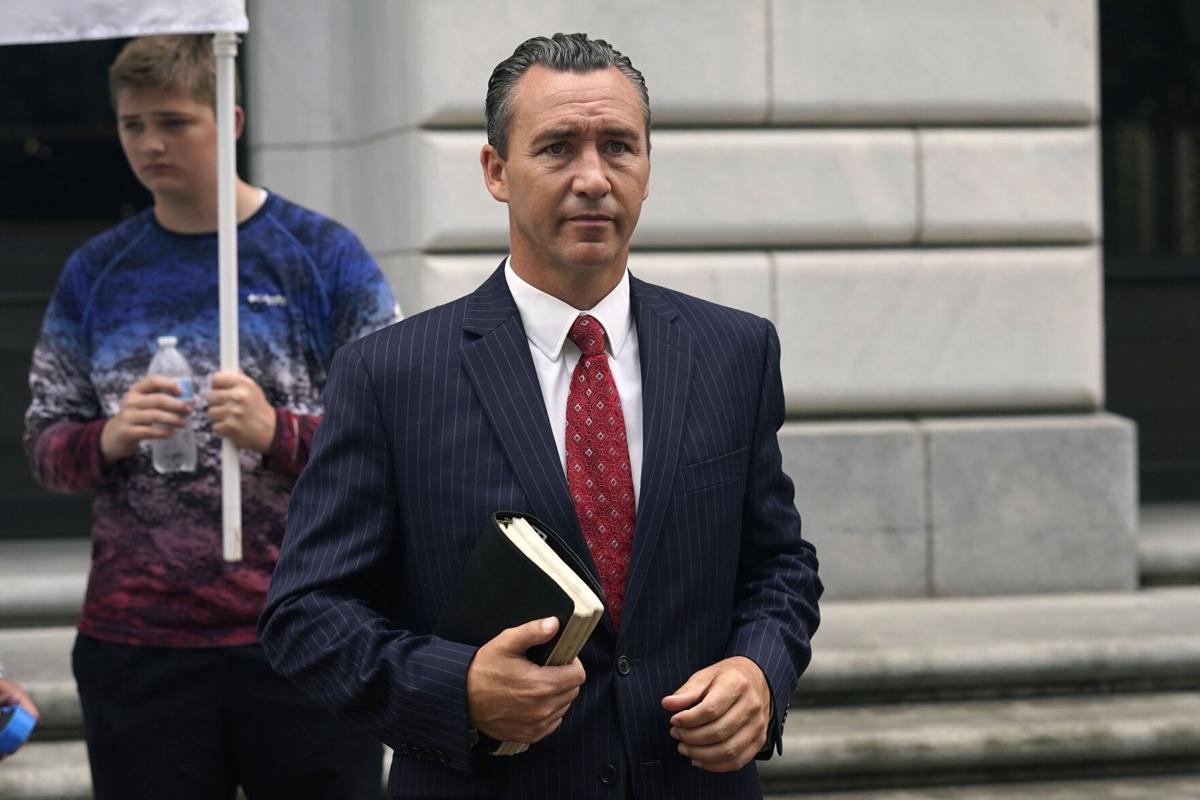 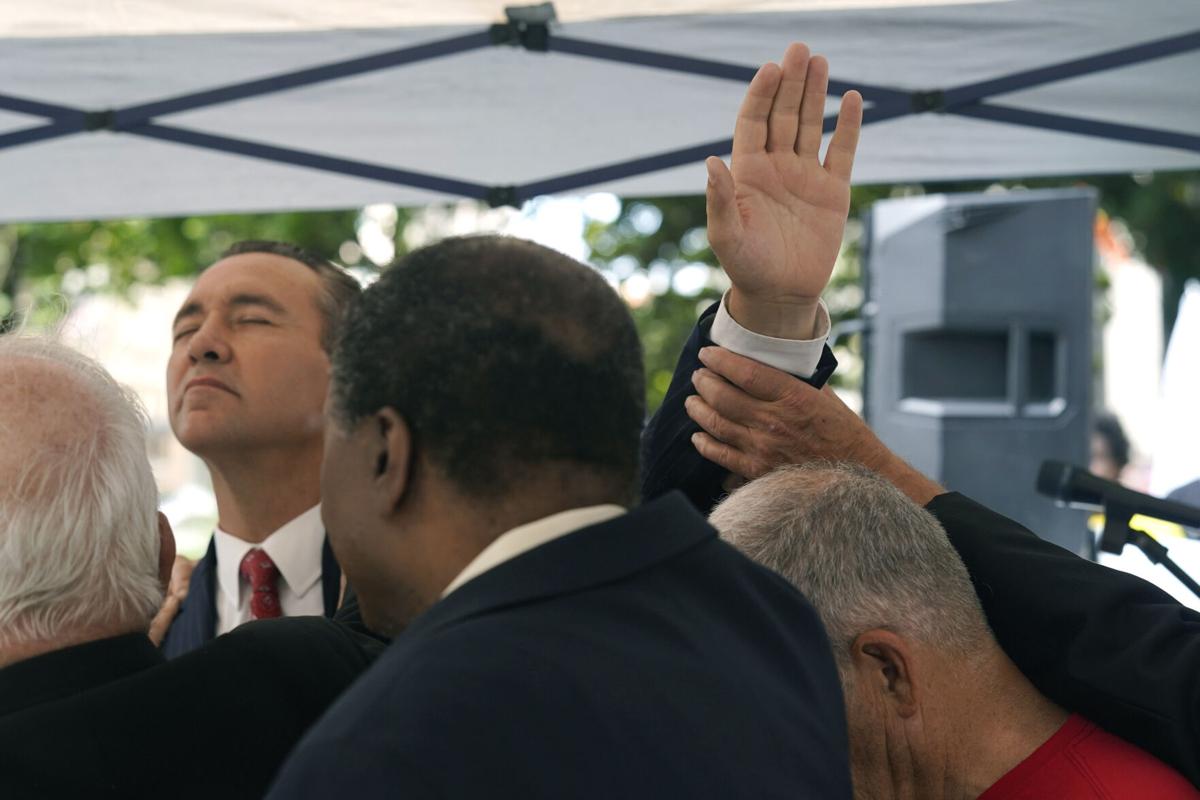 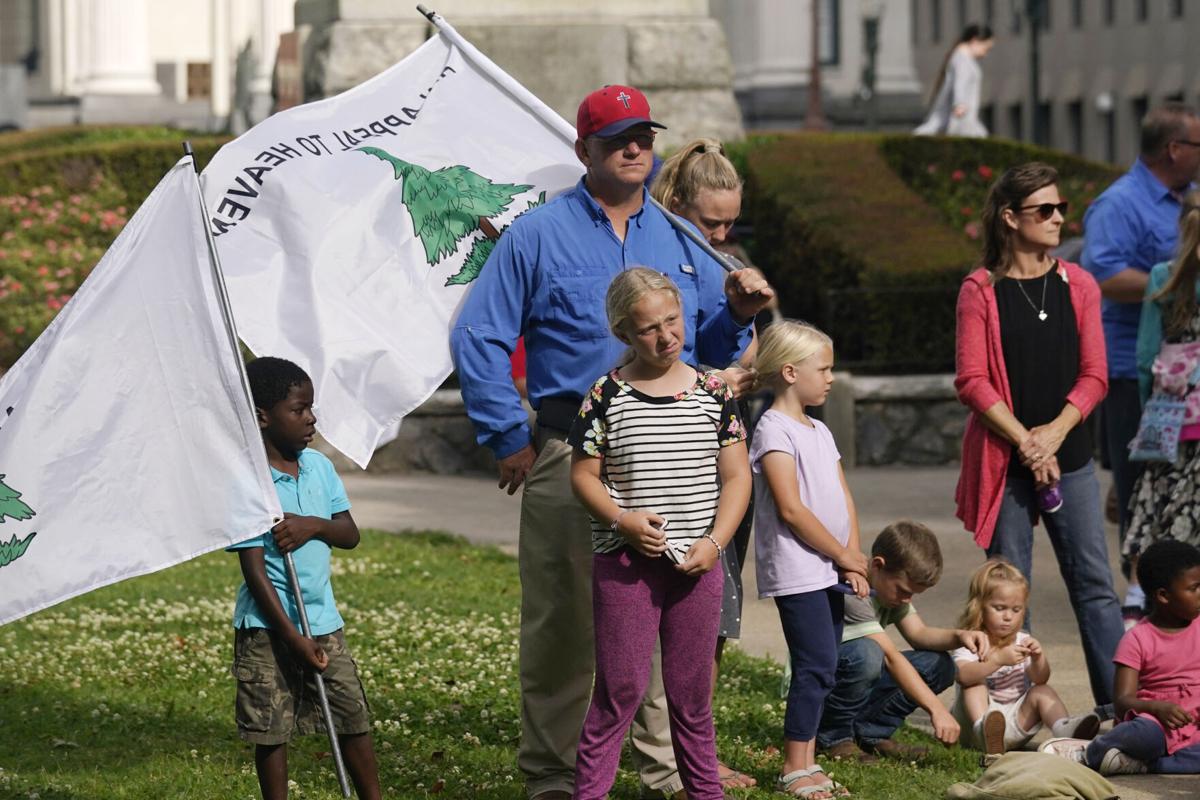 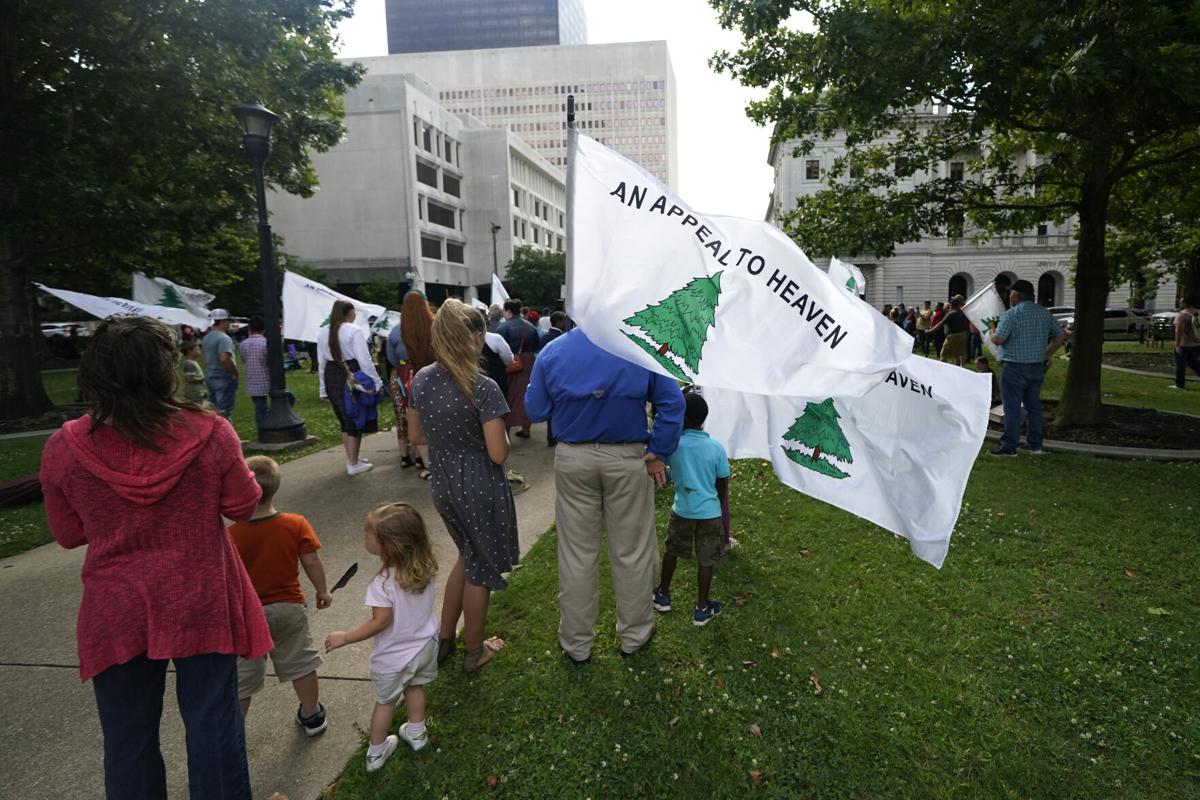 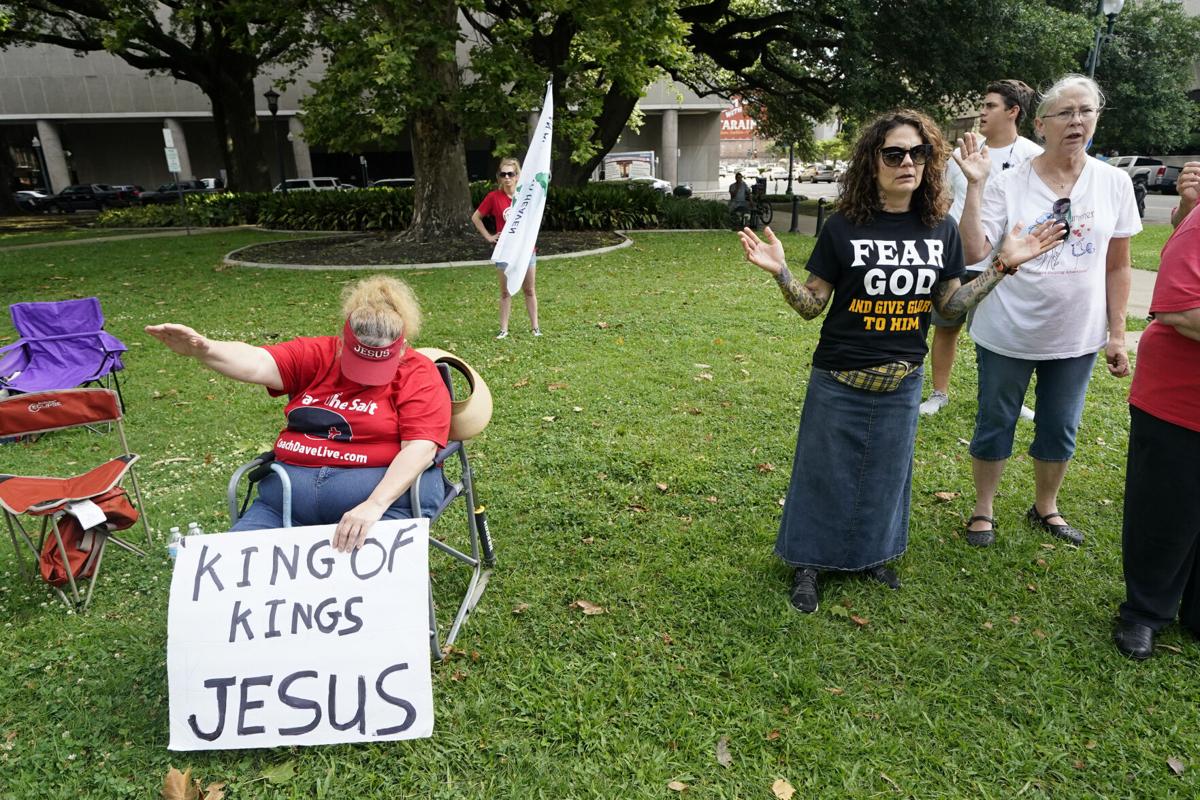 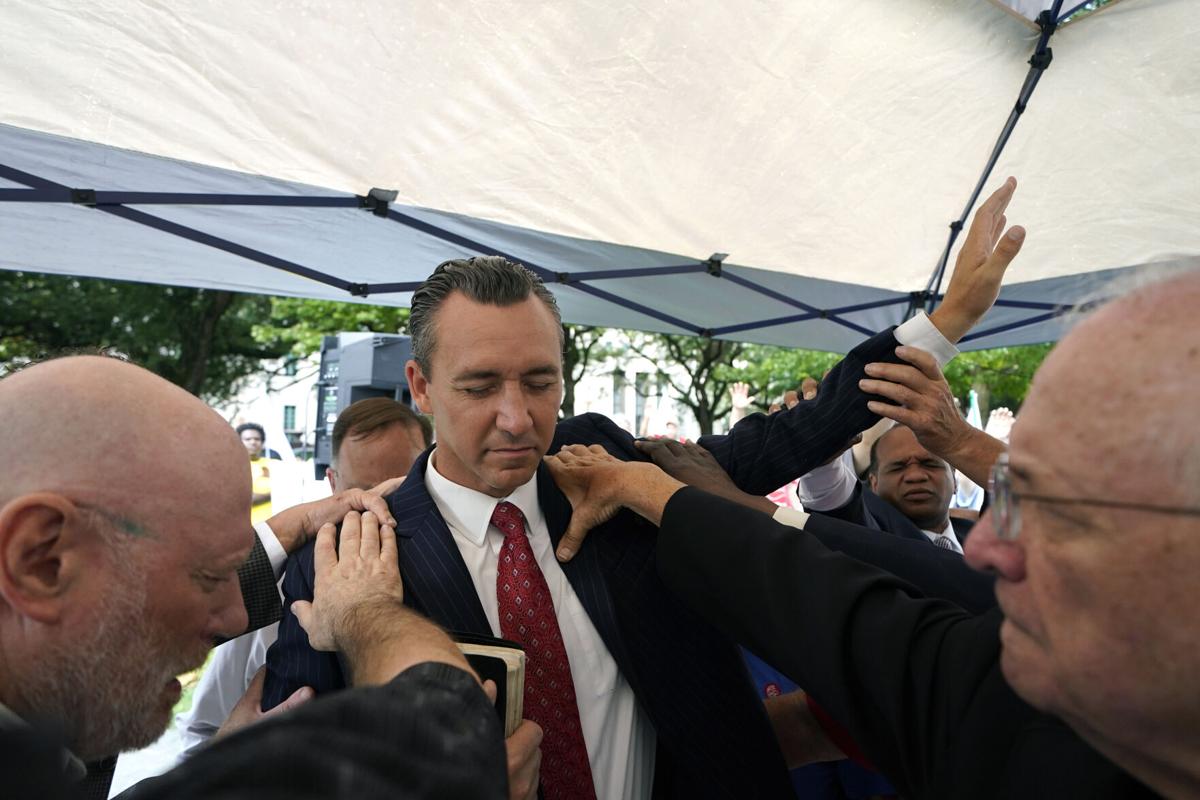 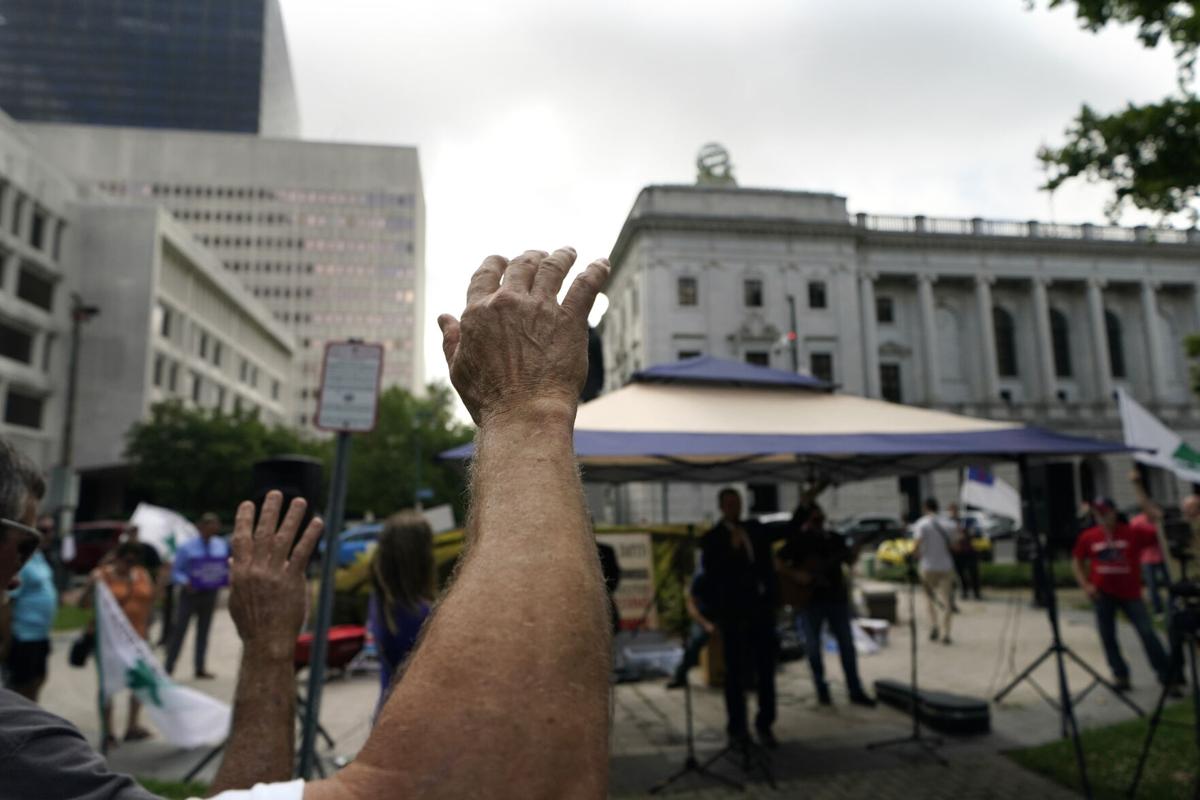 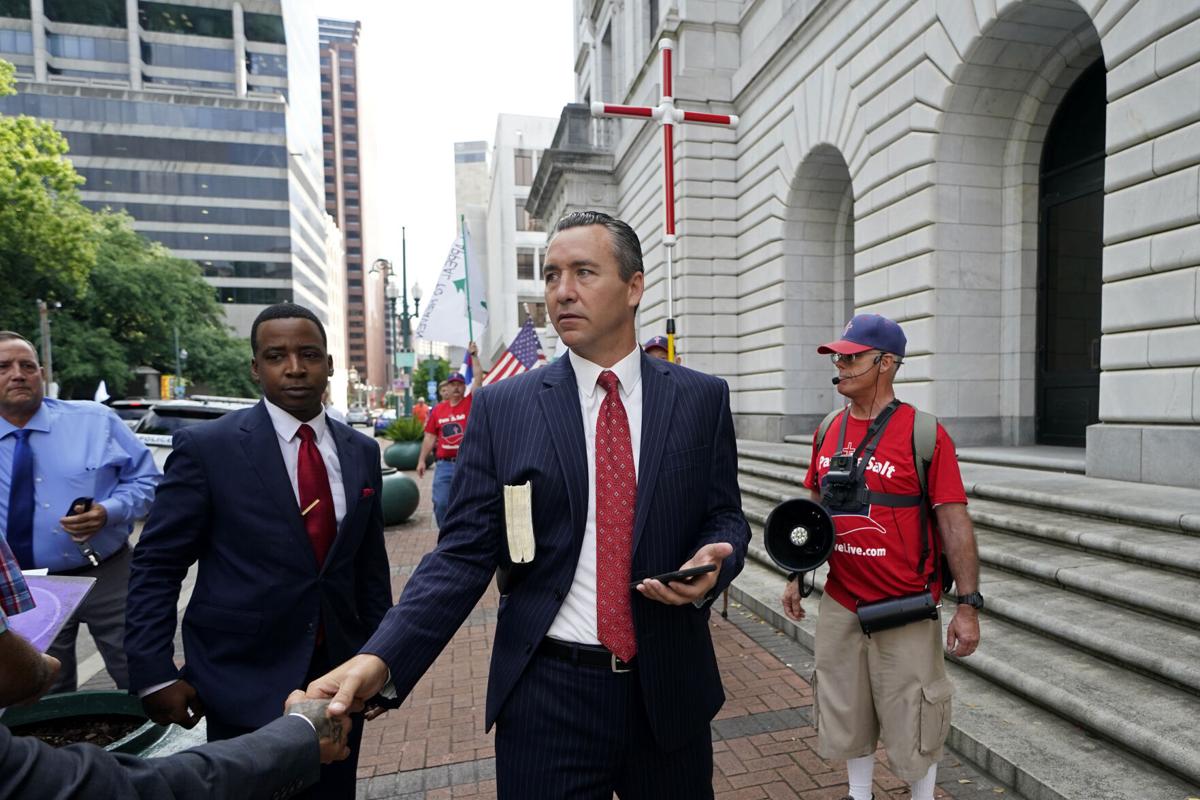 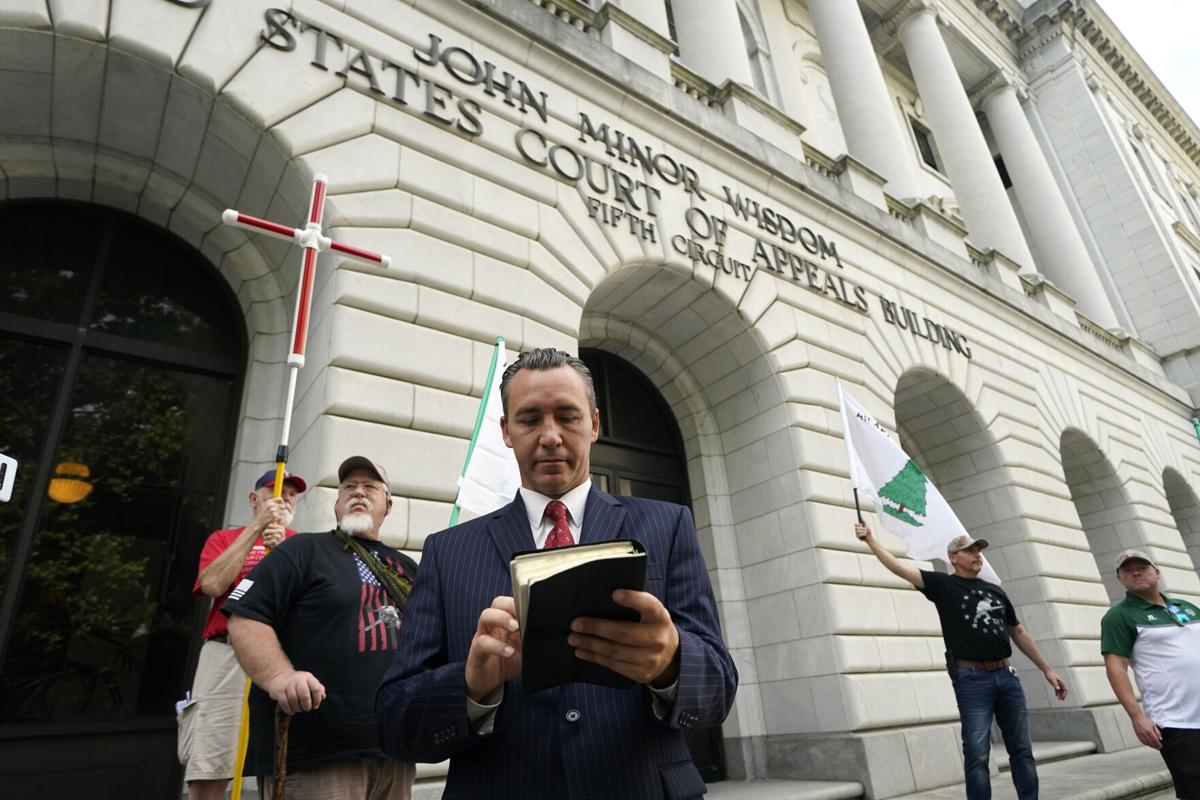 NEW ORLEANS — About 100 supporters of a Louisiana minister gathered outside a federal appeals court in New Orleans on Monday to show support as his lawyers asked to revive a lawsuit he filed last year challenging the state's coronavirus restrictions.

Tony Spell repeatedly flouted the public health restrictions at his Life Tabernacle Church in the Baton Rouge suburb of Central, and faces six state criminal counts as a result.

His supporters assembled at a public park across from the 5th U.S. Circuit Court of Appeals, where they prayed, listened to speeches and waved flags reading "An Appeal to Heaven." Spell then walked into the courthouse, escorted across the street by one man carrying a pole with a large cross affixed at the top, while a man nearby waved an American flag.

Should controversial pastor Tony Spell have to pay a speeding ticket from 1999? 'Yes,' courts say

On May 23, 1999, Tony Spell was pulled over for allegedly driving more than 20 mph over the speed limit in Zachary. Then, he skipped his court date.

A federal judge in Baton Rouge dismissed Spell's lawsuit in November. U.S. District Judge Brian Jackson said the suit against Democratic Gov. John Bel Edwards and others was largely moot because the restrictions had been repeatedly eased over several months. Since that ruling, almost all state restrictions have been lifted.

Lawyers for Spell also are appealing Jackson's ruling that Spell is not entitled to damages. Spell's attorneys include Roy Moore, a former Alabama judge and failed U.S. Senate candidate.

Judge Stephen Higginson, one of three appeals court judges hearing the case in New Orleans, questioned whether First Amendment protections of assembly and religious practices would render Edwards' emergency restrictions illegal if churches weren't being singled out. He compared the COVID-19 restrictions with other public safety limits on gatherings, such as fire codes.

Prosecutors on Monday offered a plea deal to Central pastor Tony Spell, who last spring was cited for violating the governor’s restrictions on…

The 5th Circuit refused to issue a temporary order last summer blocking early restrictions on church services and other gatherings that had already been relaxed. The U.S. Supreme Court refused to get involved in November, pending further court proceedings.

Another judge has ruled that Gov. John Bel Edwards' effort to protect the public during a pandemic trumps a church pastor's claim that the Fir…

Without ruling on the merits of a pastor’s lawsuit against Louisiana’s pandemic restrictions, a trio of appellate judges said the lower court …