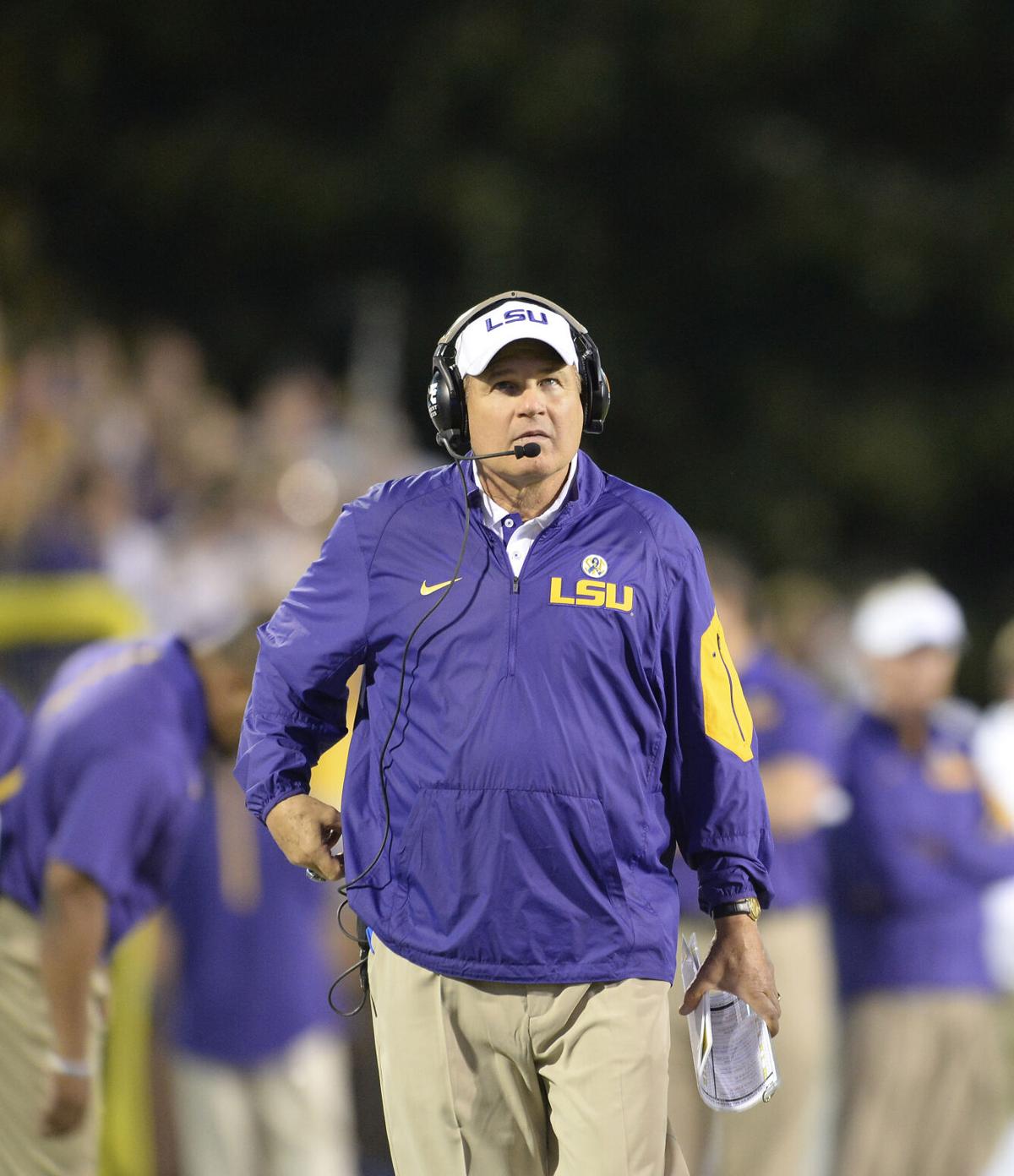 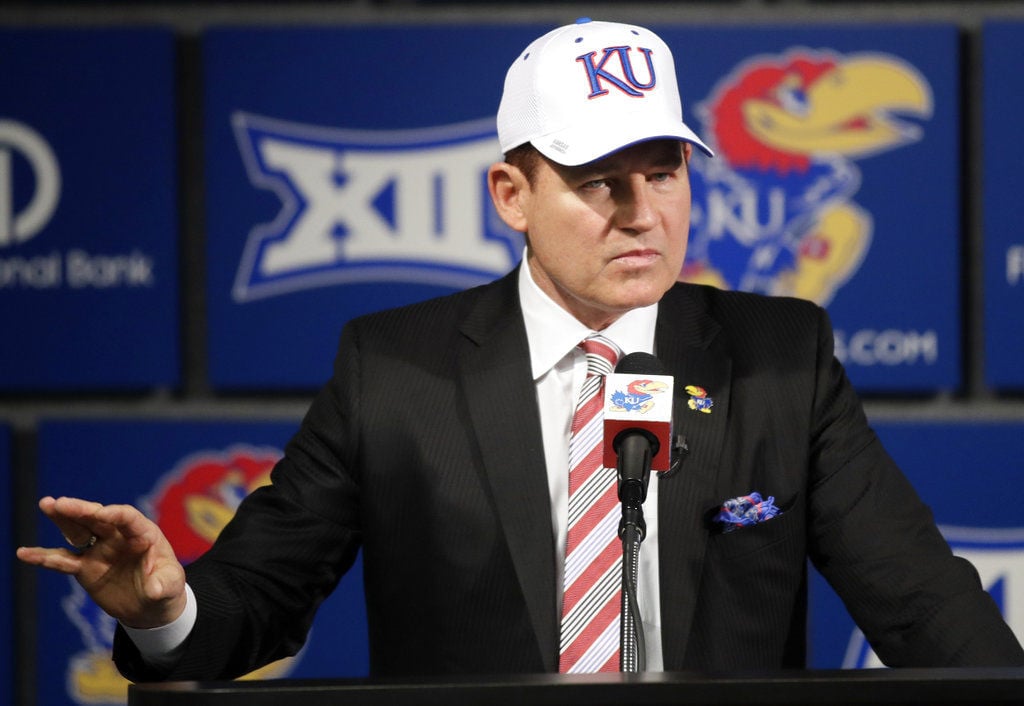 Miles, the investigation shows, had been accused of kissing a female student twice, "unwanted touching," telling her he was attracted to her and suggesting that they go to a hotel or to his condo together. Some of the allegations explored in the document remain secret — they are completely redacted.

Miles denied kissing the student, but the investigation raised other concerns: Several LSU athletic department employees said Miles was insistent that LSU hire “attractive, blonde, fit” female students to work in recruiting, and Miles had been forbidden from having one-on-one meetings or interactions with student employees. Miles’ supervisors also ordered him to stop texting, calling and messaging student employees, the investigation found.

When LSU hired the law firm Taylor Porter to investigate Miles’ conduct, the campus as a whole had no idea what was going on. It took eight years, a second law firm’s investigation into how LSU has handled sexual harassment complaints and a lawsuit from USA Today — which was the first to receive a copy of the investigation Thursday — to unearth the allegations against Miles.

Taylor Porter's report, which The Advocate also received, goes into detail about the various ways in which attorneys and LSU officials worked to ensure that it would remain secret, with all parties agreeing that they would never release the document unless under a court order.

The law firm reviewed allegations from two female students who worked in the athletic department, one of whom babysat for Miles’ children.

LSU ordered the coach to stop hiring female students to babysit his children and to stop being alone with them. He was also made to attend eight, one-hour sessions that he had to pay for and attend with an attorney, the report said.

Now the head coach at the University of Kansas, Miles issued a statement Thursday portraying himself as a victim. He denied kissing the student in the report and claimed he was only mentoring young women at LSU.

"Coach Miles learned an unfortunate lesson eight years ago: his naturally open and trusting nature exposes him to false claims with a different agenda than his," the statement said in part.

LSU spokesman Jim Sabourin said Thursday that university officials will not comment on the Miles report until after LSU releases a long-awaited probe Friday into past handlings of sexual assault and domestic violence cases on campus. LSU hired the law firm Husch Blackwell to perform that investigation.

Kansas spokesman Dan Beckler said in a statement Thursday that KU had just received a copy of the Les Miles probe. Kansas officials "will wait to comment further" until after reviewing it more closely.

The news comes a day after Miles asked a Baton Rouge judge to release the report, saying through his lawyer that he is tired of "unfair and speculative reporting" surrounding the investigation. Miles had previously intervened in the case in hopes of keeping the report secret.

USA Today reported on the 2013 investigation last week. Around the same time period, Miles entered a settlement with a student who he was accused of harassing, sources confirmed to this newspaper.

Reached by phone last week, Miles denied making any improper advances toward students, but he did not address the settlement.

According to the 2013 report, a female student, whose identity was kept confidential, told investigators she was hired to work in recruiting after being interviewed by Miles and others. Shortly after she began work, she said she started to receive Facebook messages from Miles.

She said she met with Miles alone in his office in March 2013 to talk about her future plans. She told Miles she was interested in sports marketing, and she claimed Miles indicated she might be able to work for him personally when she graduated.

Miles told her to enter her phone number into his personal phone, she said, but using an alias, and that he would do the same with her number. After that meeting, she said Miles texted about making plans to meet again.

She told investigators Miles met her off-campus, they got in his vehicle and "rode around talking." She said Miles suggested they go to a hotel together, mentioned his condo as another meeting place, then complimented her on her appearance and said he was attracted to her.

She told investigators Miles drove his vehicle behind LSU's athletic complex, parked the car and kissed her twice. A section of the Taylor Porter report that describes another occurrence between the student and Miles, in his car, is redacted.

Saying he is tired of "unfair and speculative reporting," former LSU head football coach Les Miles is calling for the release of a report resu…

Miles strongly denied kissing the student — and the redacted incident — when he spoke with investigators. The report said he also denied suggesting meeting at a motel or at his condo. He admitted messaging the student, but insisted it was only because of her interest in sports marketing and that "nothing inappropriate was discussed."

Miles told investigators he "strongly believes that it is part of his role to mentor students," not just football players. He said he'd met with the student to talk with her about her future career and to tell her about a sports agent he'd seen on a recent trip.

As for why Miles took the student for a drive, Miles told investigators that he expected to meet with her at his office, but, when she didn't arrive, he left work. She then contacted him, and, rather than returning to his office, he suggested they go for a ride. He contended that they only discussed her career, his recent trip and that she asked him about his interests and marriage.

Investigators concluded that they were "unable to determine what happened in the car," according to the report, but said "there can be little doubt that the conduct, if true, is inappropriate and unacceptable."

Even if they accepted Miles' version of the story, the report said, "it appears that he has shown poor judgment" in placing the student and himself into a situation where the student "might be uncomfortable."

Investigators also interviewed a second LSU student who had complained in 2012 about Miles' behavior making her queasy. But they determined that her "demeanor and inconsistent, vague statements are such that she does not appear to be a reliable source of information."

In exploring potential punishments, the investigators noted that Miles could only be disciplined in "very limited circumstances" due to his contract.

The clause that seemed to apply was one that said Miles was to conduct himself at all times "with the high moral, ethical and academic standards" of LSU and not participate in "serious misconduct" that might impact LSU's football program and reputation.

But the investigators wrote felt they didn't believe the allegations justified disciplining Miles or terminating his contract.

The report was kept out of sight for almost a decade, and Miles was only fired from LSU due to a disappointing start to the 2016 season. Documents about the investigation were hand-delivered to those involved in it, which kept the investigation's contents out of email channels.

Reached for comment Thursday, Yarborough, who no longer serves on the Board of Supervisors, said the investigation was kept private like other personnel matters involving university employees.

Yarborough also said the discipline was "the right decision at the time" given the facts the law firm presented.

"Without due cause, what can you do to be assured that a situation has changed? That the situation would not happen again?" Yarborough said. "We felt — at least I did — that given the facts and the recommendations and the assurances they were being carried out was a step in the right direction."

Alleva, Danos and Jacobs did not return messages Thursday.

Miles' lawyers told LSU officials that there were "very reluctant" to have "any written directive or document" produced along with the investigation because of its potential for release. LSU officials said at the time that they would fight any public records request made for the document by citing privacy rights. They also agreed that Taylor Porter — not LSU — would send correspondence to Miles' attorneys about the actions that the investigation required of him.

No one was permitted to release it without a court order.

USA Today sued LSU in January after the university refused to turn over a copy of the investigation. LSU's attorneys said making the report public would deprive Miles of his constitutional right to privacy. Attorneys for Miles soon joined the case.

On Thursday, Ginsberg, Miles's lawyer, said the release of the investigation "should put an end to the baseless, inaccurate media reports" that Miles had inappropriately touched a female student.

"The allegation that Coach Miles attempted to kiss the woman was supported by no evidence and warranted no discipline," Ginsberg wrote. "Coach Miles denied then, as he denies now, that any such conduct occurred."

Letters: At LSU, there must be consequences for protecting sexual predators

After LSU football’s 5-5 season, it appears coach Ed Orgeron and the Tigers are working hard to renovate and revitalize in preparation for fal…