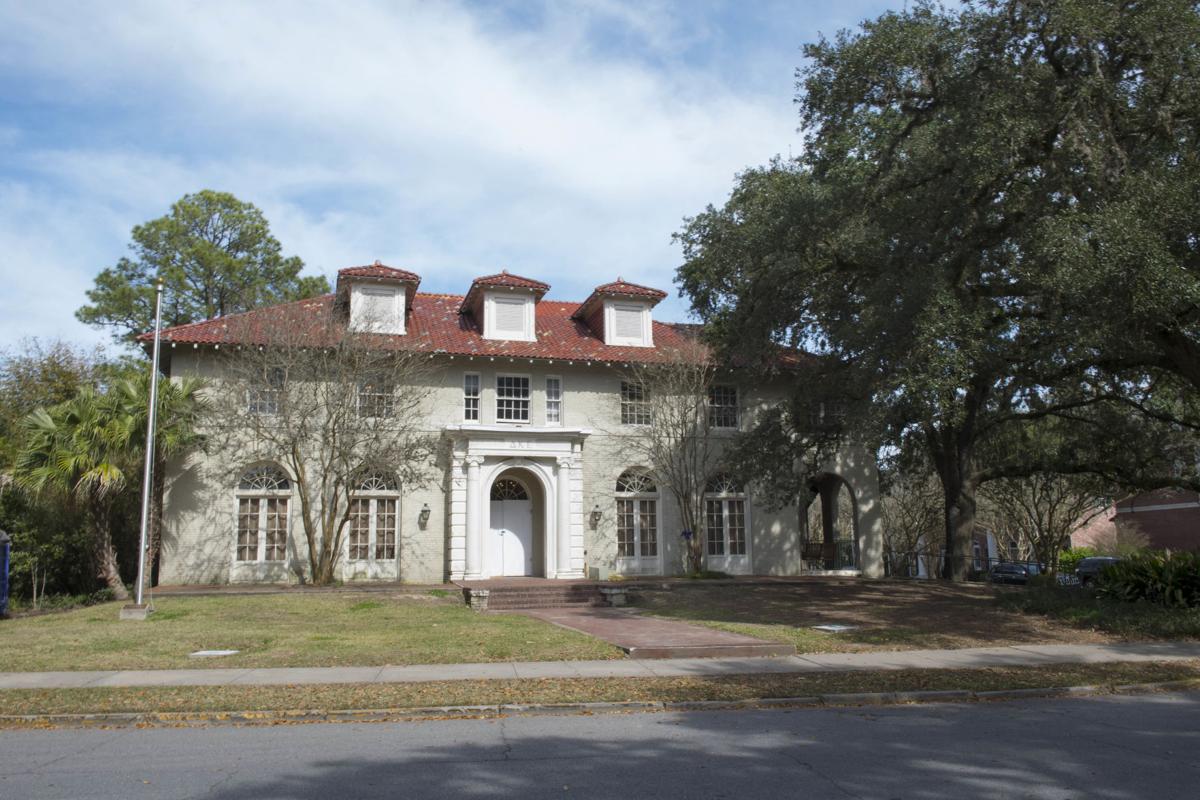 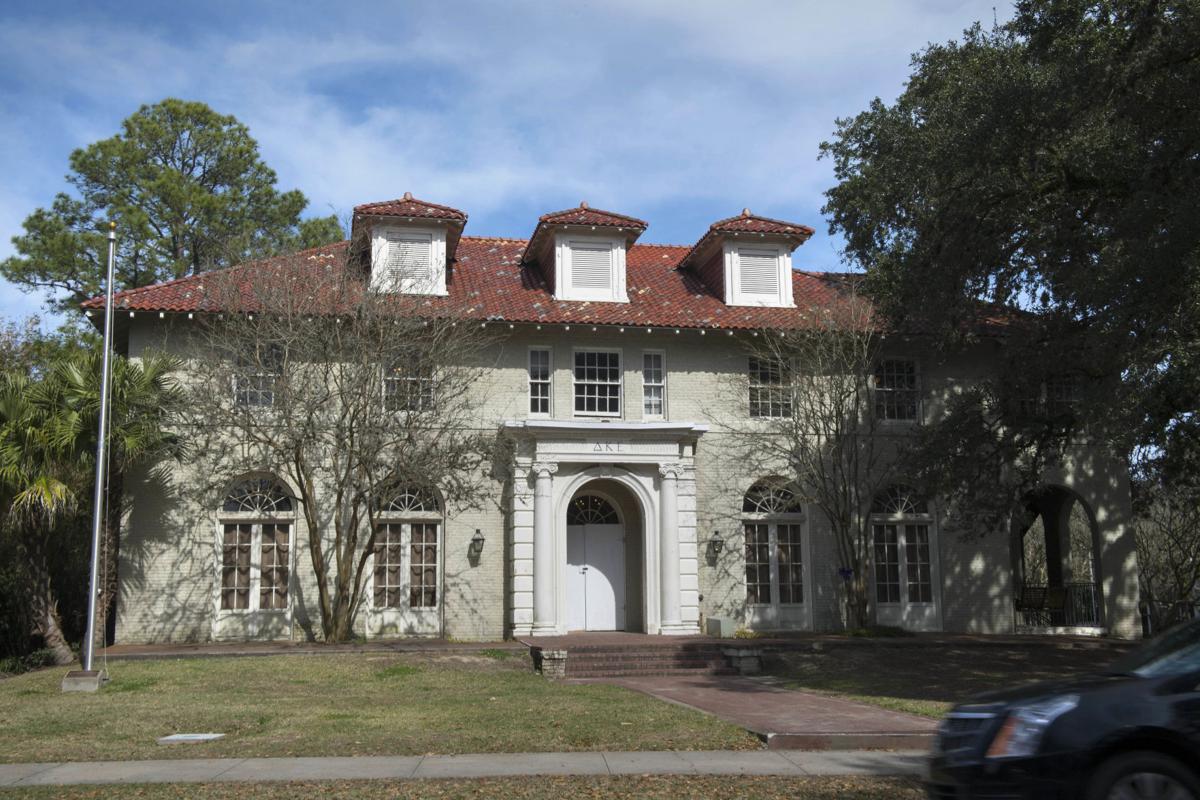 Nine members of LSU's Delta Kappa Epsilon fraternity are facing criminal accusations of hazing and other related offenses after its national organization — one of the oldest fraternities in the nation — announced the sudden closure of its LSU chapter last month.

The arrests came amid the university's ongoing quest for increased safety within its Greek system following the hazing death of an LSU freshman in fall 2017, which sparked widespread concern about unsafe practices and lenient penalties for the students responsible.

LSU spokesman Ernie Ballard III issued a statement Thursday morning confirming the nine arrests. He said they resulted from hazing incidents "that are alleged to have taken place in the fall of 2018." The counts range from misdemeanor principal to criminal hazing to felony second-degree battery.

"This type of behavior is unacceptable and at complete odds with what we expect from our students," Ballard said. "It does not belong at LSU."

DKE announced a decision to end its LSU presence in January — almost 100 years after the chapter was founded — because the organization said students had violated its hazing and alcohol policies.

"This is a sad day for the university, but one that illustrates the cultural shift occurring at LSU," Ballard said Thursday. "The quick action by the national DKE organization by revoking the chapter's charter and the cooperation of several witnesses in this investigation demonstrate a growing recognition that hazing and other harmful activities cannot be tolerated."

More than a year has passed since the hazing death of LSU freshman Max Gruver at a Phi Delta Theta ritual in fall 2017. That prompted increased scrutiny of LSU's Greek organizations as university officials found themselves scrambling to prevent similar tragedies in the future. Gruver was pronounced dead — his blood alcohol content more than six times the legal limit — after being forced to drink massive quantities of liquor.

Several students and former students were arrested and accused of contributing to his death, including one charged with negligent homicide. The chapter was banned from campus for the foreseeable future. A Catholic church group is now leasing the former Phi Delta Theta house.

Nine members of LSU's former chapter of Delta Kappa Epsilon either have been or will be arrested and accused of hazing, authorities have said.

The students arrested Thursday will likely be the first from LSU whose cases could result in those harsher penalties.

Leaders of DKE's national organization said in announcing their decision to close the chapter that they acted "in full support of the Max Gruver Act and related anti-hazing laws" by filing a report with LSU police and passing along the findings of its investigation to university administrators.

That wasn't the first time DKE members had gotten in trouble, most often for displaying inflammatory banners outside their house, which have included offensive jokes about minorities and victims of gun violence.

One that received a lot of attention referenced the mass shooting that has become known as the Kent State Massacre in the context of an LSU football win. The sign read: "Getting massacred is nothing new to Kent State." Members of the fraternity later issued an apology, saying that as young college students they "did not grasp the full scope of the tragedy."

And the chapter was placed under investigation in 2006 when police responded to reports of "suspicious activity" during initiation and found a goat inside the house. Members said it was their symbol and mascot but the incident raised questions about whether pledges were "forced to do anything with the goat," officials said at the time. The chapter ended up agreeing to an "introspection period" lasting two years, which included banning alcohol and animals from the house.

A former LSU student and DKE member was charged with misdemeanor simple battery in November after police said he pushed another student down two flights of stairs during a fraternity preview event in August 2017 — just one month before Gruver's death.

The members arrested Thursday include Garrett Sanders, who's listed as the chapter president on its web page. He was booked into jail on two misdemeanor counts.

Some of them have also been arrested previously in recent years, presumably while students at LSU. Ballard said all nine remain students for now pending the outcome of the university's internal investigation and discipline process, which will determine whether they'll be expelled.

Malcolm McNiece, of Baton Rouge, was arrested four months ago on counts of simple burglary of an inhabited dwelling. McNiece broke a side window of a residence, cut himself on the glass and bled all over the residence that he broke into, according to his arrest report. He then slept on the couch, woke up, logged onto the victim's computer, Googled his location and requested an Uber to pick him up.

As he walked out, McNiece grabbed an unknown amount of money off some furniture, the affidavit said. Police reported that all of his actions were recorded on security videos and that McNiece also left his wallet and passport on the front porch of the victim's residence. They identified him based on the belongings he left behind and because he used his email login to sign into the victim's computer.

McNiece bonded out of jail in November 2018 and court records indicate he hasn't been charged yet in the case.

Two other names on the list of students arrested this week also have prior arrests in East Baton Rouge, court records show.

Charles Brakenridge, of Ferriday, was arrested in 2015 on counts of driving while intoxicated and careless operation of a vehicle. He pleaded not guilty and then prosecutors dismissed the charges in March 2018.

Cade Duckworth, of Lafayette, was arrested in 2017 on counts of possession with intent to distribute after police found almost 70 grams of marijuana in a kitchen where Duckworth told police he had been. He bonded out of jail and no additional case filings have been listed since then, suggesting prosecutors chose not to move forward with charges.

Delta Kappa Epsilon was founded in 1844 at Yale University and is "one of the oldest and most prominent fraternities" in the country "known for producing outstanding gentleman, leaders and jolly good fellows," according to its website. It has had a chapter on LSU campus since 1923.

The fraternity has boasted several prominent members over the years, both in Louisiana and across the country, including Huey Long's son Sen. Russell Long, former Louisiana Gov. Mike Foster and former presidents George H. W. Bush and George W. Bush. The national organization has also gained attention in recent months due to the membership of U.S. Supreme Court justice Brett Kavanaugh, whose contentious confirmation process centered on allegations of sexual misconduct in both high school and college.

The nine students arrested Thursday were booked into Parish Prison on the following counts:

Nine members of LSU's Delta Kappa Epsilon fraternity were arrested Thursday and accused of hazing and other related offenses.