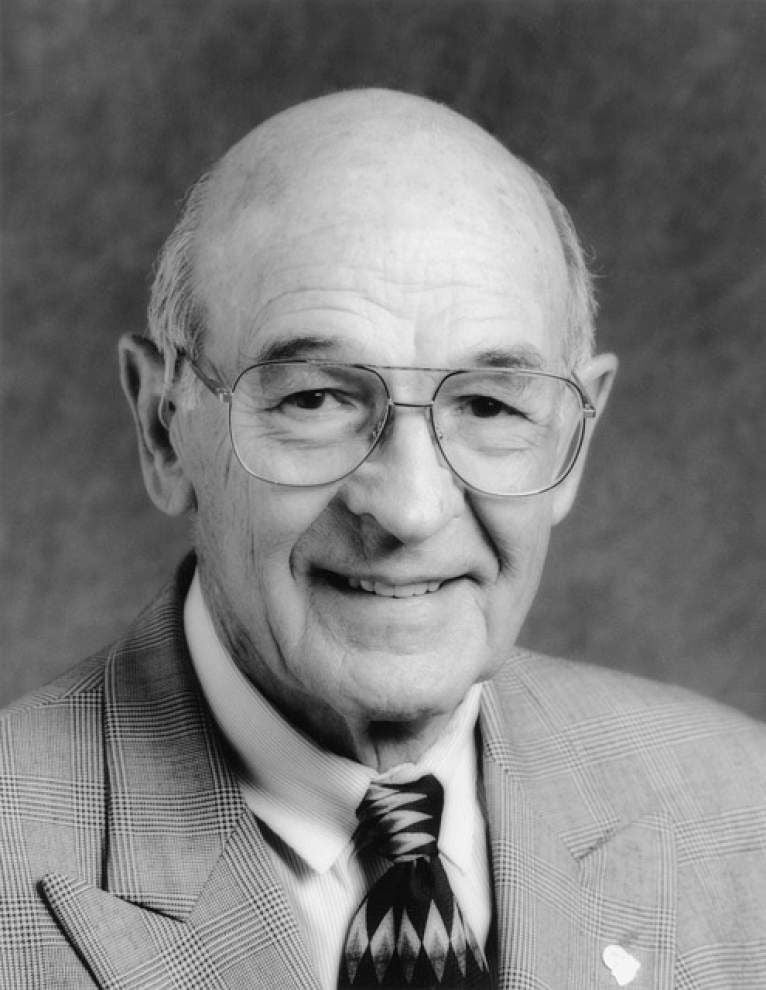 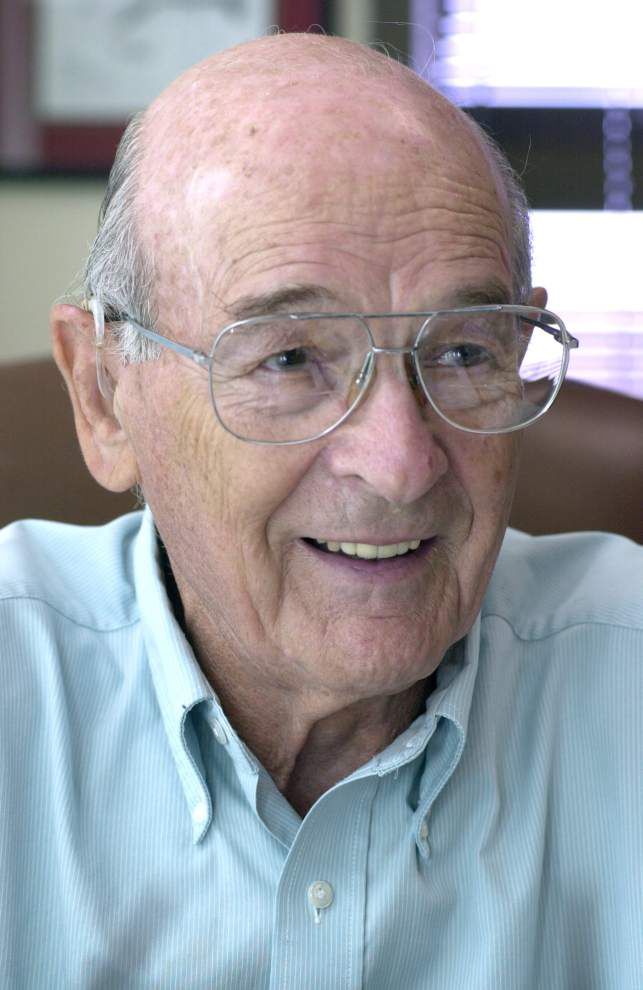 Ed Steimel, a state policy and fundraising giant, died Friday night after spending his adult life fighting to improve quality of life in Louisiana. He was 94.

Steimel made his mark on Louisiana history, first by growing the Public Affairs Research Council of Louisiana, then by effecting change through the Louisiana Association of Business and Industry, and later by raising millions to fund the LSU College of Engineering.

“He took PAR from a very respected but small organization and built it into a statewide powerhouse,” said Jim Brandt, a former head of PAR. “He went on to LABI and did the same there.”

Steimel was known, among other things, for his work in passing right-to-work legislation and in creating the Louisiana Quality Education Trust Fund to assist higher education and public schools. A right-to-work law guarantees that no one can be compelled, as a condition of employment, to join or not to join a labor union or to pay dues to a union.

Steimel often captured the media’s attention during his epic policy battles with Victor Bussie, former president of the Louisiana AFL-CIO, over legislation.

“Ed was a larger-than-life man,” said Dan Juneau, former president of LABI, who recalled his first impression of Steimel during his face-offs with Bussie. Juneau took over as head of LABI in the late ’80s after Steimel retired from the organization.

“You couldn’t imagine any bigger shoes to fill than those shoes. They didn’t make shoes that large,” Juneau said. “It would have been total folly to think I’d be another Ed Steimel.”

Steimel was born in Running Lake Township, Arkansas, and graduated from what is now Arkansas State University with a degree in journalism. After World War II, he was married to his wife Mary for more than 50 years before she died in 1996. The couple had one child, later diagnosed with cerebral palsy, which inspired them to join other parents to create what is now called the McMains Children’s Developmental Center.

After Steimel’s wife was told she would not be able to have more children and the couple moved to Baton Rouge, they adopted three more children: Eddie Jr., Mary Jo and George.

George Steimel, now a lobbyist with the Louisiana Association of Criminal Defense Lawyers, said his parents’ constant support of community organizations taught him and his siblings to give back.

“My dad and my mother were about improving the quality of life in this state for everyone,” George Steimel said.

Ed Steimel worked for 25 years at the Public Affairs Research Council, a private nonprofit research organization whose studies and reports often acts as a catalyst for government reform. He served as president of PAR during his tenure. He moved to LABI, an advocacy group for Louisiana’s business and industry, in 1975 and was LABI’s founding executive director. He retired from LABI in 1988.

“He was a pioneer in Louisiana political history,” Brandt said. “I kind of thought he’d live forever.”

Steimel’s statewide network and his reliance on objective data led him to be an effective fundraiser and a powerful influence in policymaking in Louisiana.

“It was the premium he placed on research,” Juneau said. “Research always came first. If you couldn’t give people a good reason to support your position, then you shouldn’t be doing it.”

Jackie Ducote, who worked for Steimel at PAR and later followed him to LABI, described him as “a Louisiana legend.”

“He was just a man who was always 20 years ahead of his time, especially in the policy arena,” she said. “He was always challenging people to try new things. He wasn’t ever fearful.”

Although Steimel frequently battled with Bussie over legislation, the two men had a great deal of respect for each other and would visit each other during bouts of illness, Juneau said.

Steimel’s colleagues said his first and foremost concern was supporting and improving higher education in Louisiana.

“It was a burning passion,” Juneau said. “It was always what he put on the top shelf. There was always pushback in the business community. They thought we were putting too much emphasis on it. He never backed off.”

Steimel would go on to fundraise about $58 million for the LSU College of Engineering after retiring from LABI. Ducote said he had a talent for presenting needs in a way that people couldn’t refuse him.

“He was a trailblazer,” Ducote said.