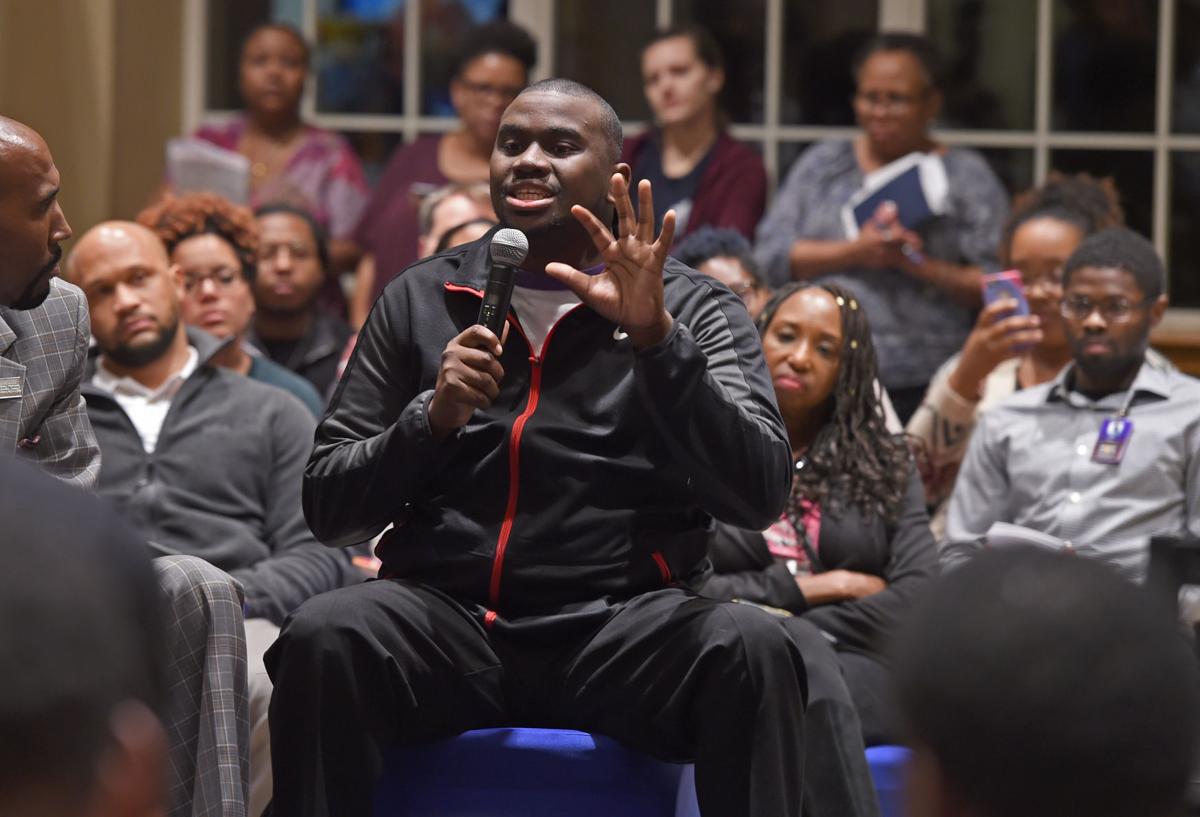 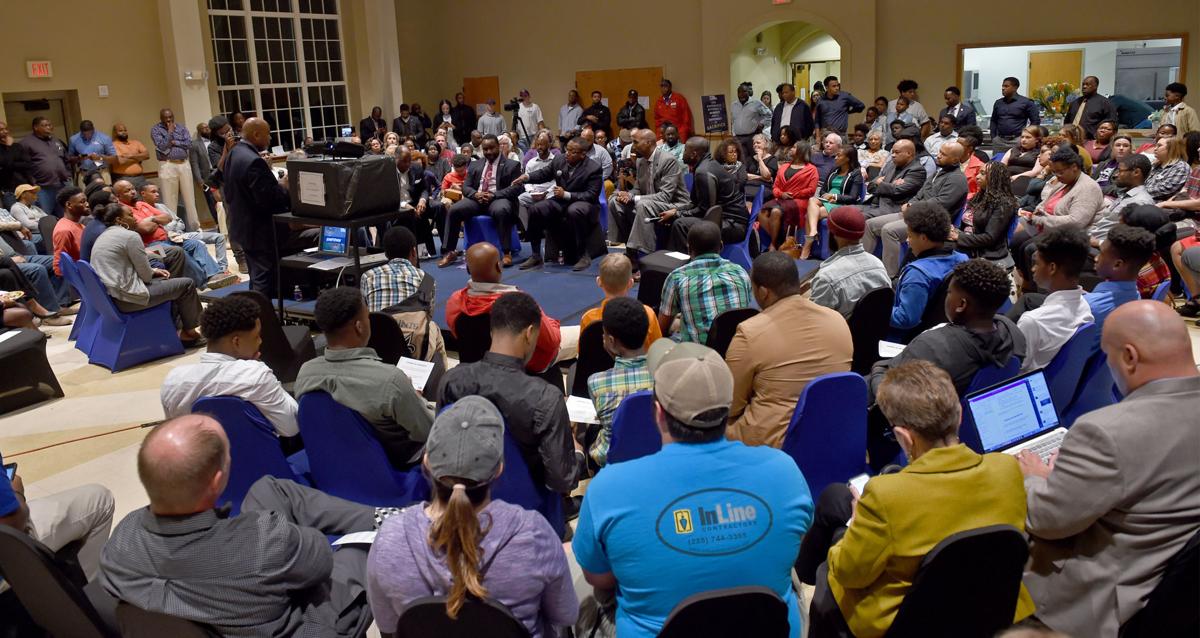 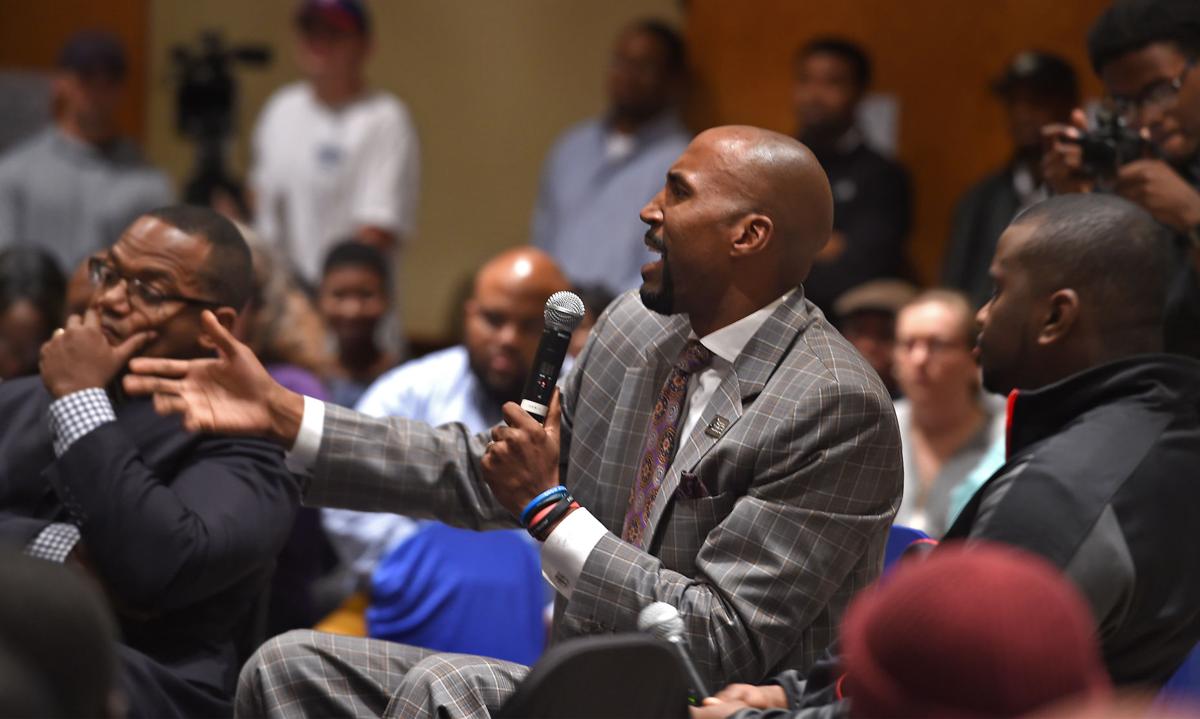 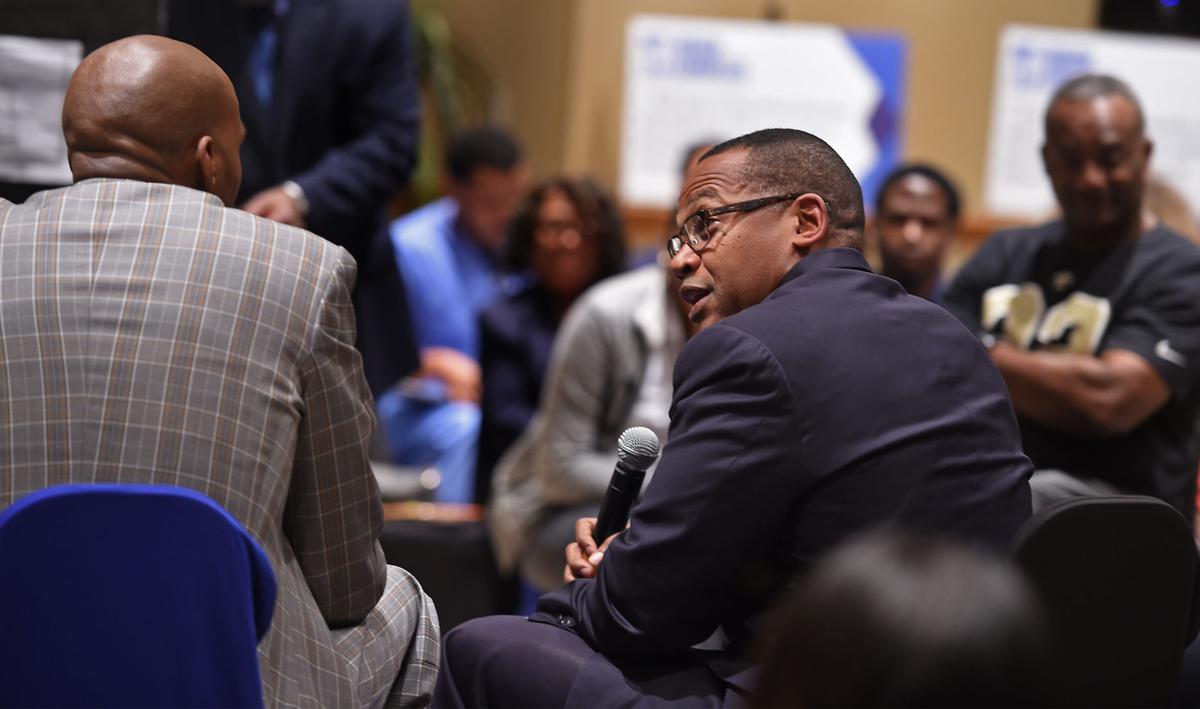 A panel of seven men challenged narratives Monday that black males face, telling a standing-room-only audience that they need to do a better job of inspiring the next generation of black men and teaching them to tackle challenges in their communities.

The seven panelists — all thriving black men in Baton Rouge — each spoke of his own experiences mentoring and working with younger black males in the community but had different thoughts about what has worked. While some said it's important to meet people where they are and make ideas understandable to all, others said black children are often underestimated.

Tremaine Sterling, who also mentors young people in Baton Rouge, spoke of how much potential he sees in the people he works with. He recalled his own story, once thinking he would not graduate from high school, and the importance of a mentor who coached him, leading him to eventually graduate from college.

Sterling spoke of the importance of staying connected to his roots — he said he visits his "hood" every month, finding his former self in the kids there and handing out chicken sandwiches like people used to do for him.

He, Rose and panelist Collis Temple III each weighed in on the importance of making sure that those doing community programming in Baton Rouge are focusing on the area they are best at, and not being afraid to work with other people. Sterling said when young people who are talented artists come to his program, he wants to refer them to Rose.

Moderator John Daniel asked the group what drives the negative stereotypes of black males in Baton Rouge. The Rev. Errol Domingue said the media often profits off other people's pain, but the black community needs to move to a place of caring less what other people think of them.

Amid BRAVE uproar, what does, doesn't cause outcry in BR revealing, Chris Tyson writes

"Let's start talking about us to ourselves," Domingue said. "There are white thugs, Asian thugs, Latino thugs. But when we watch the news, it's black thugs."

Garrett Chase, also a panelist, said he goes to PTA meetings for children whose parents are not in their lives. And he said people need to stop fixating on the idea that children want role models who can answer every question — instead, what matters most to the kids he works with is that he shows up and he cares.

Got a question for Baton Rouge's next police chief? Public interviews set for candidates

The committee that will help select the next Baton Rouge police chief is now preparing questions for the remaining nine candidates, who will b…

Roland Mitchell, associate dean for research and academic services in LSU's College of Human Sciences and Education, said people overemphasize mentorship of young people. The young ones are brilliant, he said, and older people need to learn from them.

"The only way we can really, really get our humanity back is to spend time with these brothers and hope they bless us," Mitchell said.

Nearly 70 protesters arrested during demonstrations following Alton Sterling's fatal shooting in July 2016 will each receive from $500 to $1,0…