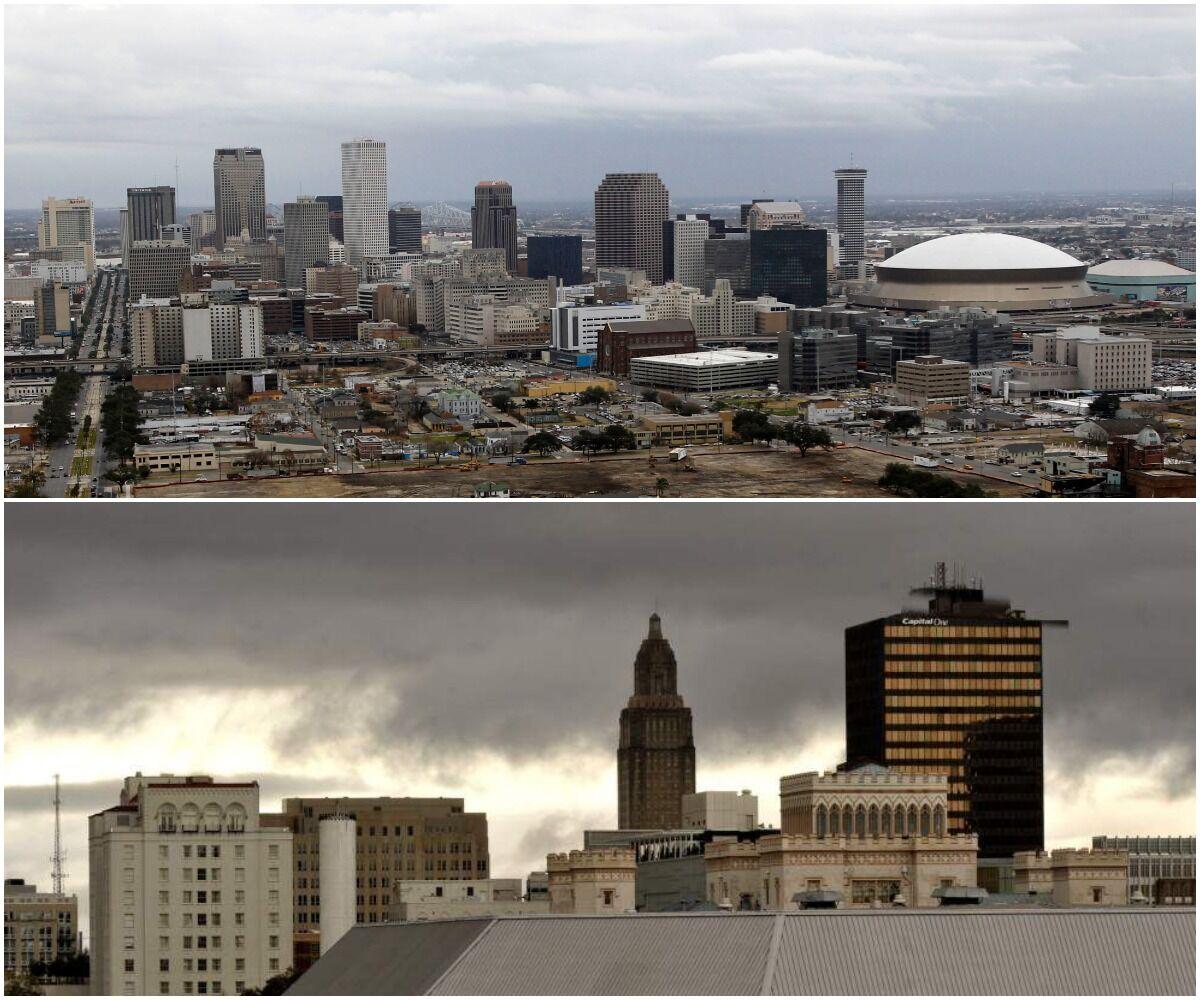 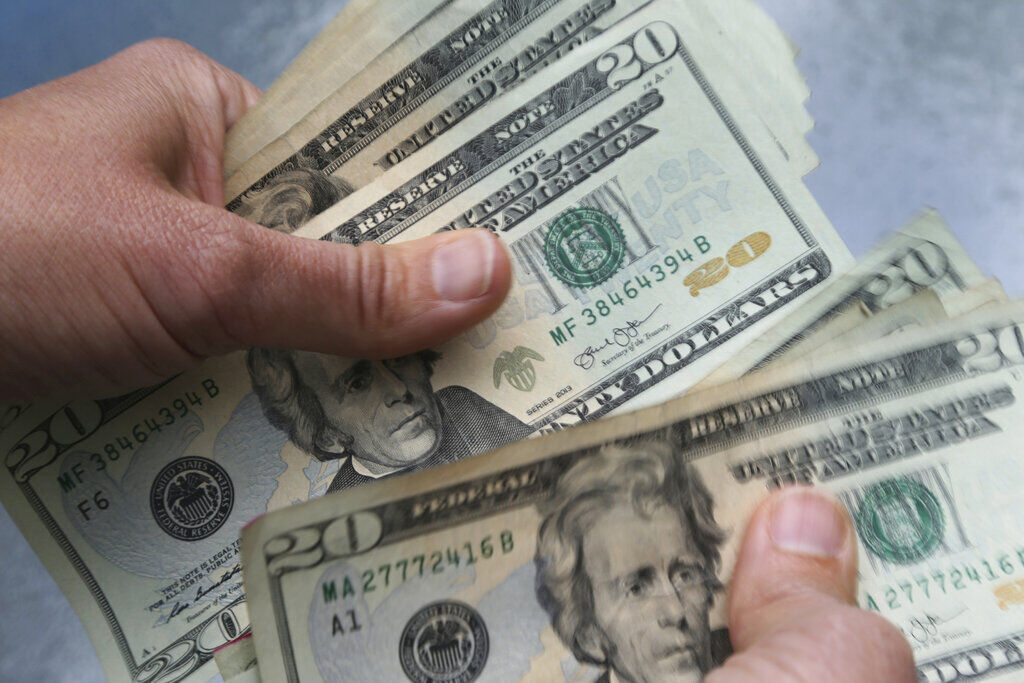 But even with that large influx of federal cash projected to come to the capital city, Baton Rouge's city-parish government is estimated to receive less than half that of its southern neighbor in New Orleans, even though East Baton Rouge is Louisiana's largest parish, stimulus estimates show.

Orleans Parish is in line to receive an estimated $377.3 million, although its population of about 390,150 people is 11% smaller than East Baton Rouge's, the latest census and stimulus estimates show.

Even factoring in the additional $22.3 million going to the municipalities of Baker, Central and Zachary, Orleans Parish would still receive almost double the combined amount going to all the local governments in East Baton Rouge Parish, current estimates show.

The reason for the difference, according to congressional aides, trade groups tracking the legislation and others, is the method Congress used to allocate the local governments' share of the $1.9 trillion American Rescue Plan. President Joe Biden signed it into law last month.

Faced with trying to get the spending bill out quickly, congressional aides and others said, the bill used the federal anti-poverty funding formulas that annually dole out grant dollars under the Community Development Block Grant program, as well as other methods, as rough markers for pandemic need in some of the nation's largest cities and counties.

The legislation doesn't take into account any actual measure of the virus's impact on communities for the local government share of the bill and provides those benefits to local governments unevenly from a purely population-based perspective.

New Orleans was an early hotspot for the virus that has hammered its budget, but Baton Rouge has had its struggles as well.

Local officials' reaction to the differences in funding, however, have been muted so far in most cases as they have also taken a cautious approach to talking about how they might spend the money they are getting.

First, the current estimates being circulated in media accounts and among local officials are not final, but the product of estimates produced by the Congressional Research Service's interpretation of the legislation, Democratic congressional staffers and local government groups said.

The U.S. Department of Treasury is expected to set the final figures, as well as rules on how to spend the money, and some watchers of the bill, like the National League of Cities, expect changes in the final version.

City officials in Baton Rouge and New Orleans both made this point when asked about the funding allocations.

"For New Orleans, it’s important to note that we are the recipients of the funding and did not create the criteria or determine the amounts allotted," said Beau Tidwell, a spokesperson for New Orleans city government. "We are currently awaiting the next step in the process, getting guidance from U.S. Treasury as to how the funds may be used and what the specific amounts will ultimately be."

Also, Baton Rouge city-parish officials added, the mammoth spending bill will likely benefit Baton Rouge and other Louisiana communities with other aspects of its spending that don't go directly to local government coffers, including more than $3.2 billion going to the state.

While city-parish officials await final guidance on how the spending package will benefit Baton Rouge government, "we believe Baton Rouge will be on its way to meet the needs of our families, local businesses and maintain and elevate critical city services," Mark Armstrong, the city-parish spokesperson, said Saturday.

"As good stewards, we will work to ensure that funding is targeted and goes to where there is the most need," he added.

Some Baton Rouge-area officials and legislators said they weren't aware of the differences in the current estimates until contacted by The Advocate and The Times-Picayune after they came to light in mid-March. Once informed, they said the use of the block grant formula and the resulting differences in funding did raise concerns, but most said they understood the rationale.

The Crescent City has had historic advantage under the block grant formula, which can take into account population but also uses poverty rate, historic growth rates and housing overcrowding and instability to award grants annually.

State Rep. Ted James, D-Baton Rouge, called the estimated funding difference between Baton Rouge and New Orleans "huge" but also said he understood the argument that the block grant formula was the most expedient way to get the money out.

He said he wasn't sure what kind of changes could be made at this point.

U.S. Rep. Garret Graves, R-Baton Rouge, who opposed the stimulus bill along with all other Republicans in the House, said the bill appeared to help traditionally Democratic cities.

Democratic congressional staff in the House Committee on Oversight and Reform, who worked on the State and Local Fiscal Recovery Fund provisions through the budget reconciliation process, said the lawmakers who crafted the bill settled on the block grant formula — after meeting with city and county groups and others — because it is a longstanding method of distributing federal dollars based on need that local leaders are familiar with.

Trying to create a new formula would have substantially slowed release of the relief funds as various sides debated the mechanics of an untested way of allocating money, staffers argued. National League of Cities officials separately questioned whether there was sufficient virus data for smaller communities.

A Democratic committee aide said federal coronavirus aid legislation adopted a year ago guaranteed money only to cities and counties of more than 500,000 people — 36 municipalities out of more than 19,000 — and the new bill helps "active governments of all sizes."

For cities of fewer than 50,000 people and most counties, the new bill does apply a population-based formula. An Advocate analysis of funding estimates shows each of those parishes in Louisiana are projected to receive $193.94 per person.

Orleans will receive nearly $967 per person in all, almost five times the per-capita amount going to most Louisiana parishes, an Advocate analysis shows.

That factor also helps push East Baton Rouge's allocation above the standard per-capita share to $379.99 per person. The city-parish government is pulling in $81.9 million from the city pot and another $85.4 million from the county pot, funding estimates show.

In contrast, Jefferson Parish, which doesn't have a consolidated government, is estimated to get nearly $84 million from the parish pot. That's about half what the East Baton Rouge city-parish will receive. Jefferson, the state's second largest parish by population, has about 7,570 fewer people than East Baton Rouge, census estimates say.

Scott Walker, chair of the Jefferson Parish Council, said he would have liked to have seen his parish get more money.

"It's basically shaped up to be that we are the victim of our government structure," Walker said.

For more than a year, Annie Smith has seen the up-close damage COVID-19 has had on her patients and the emotional toll it’s had on her colleagues.