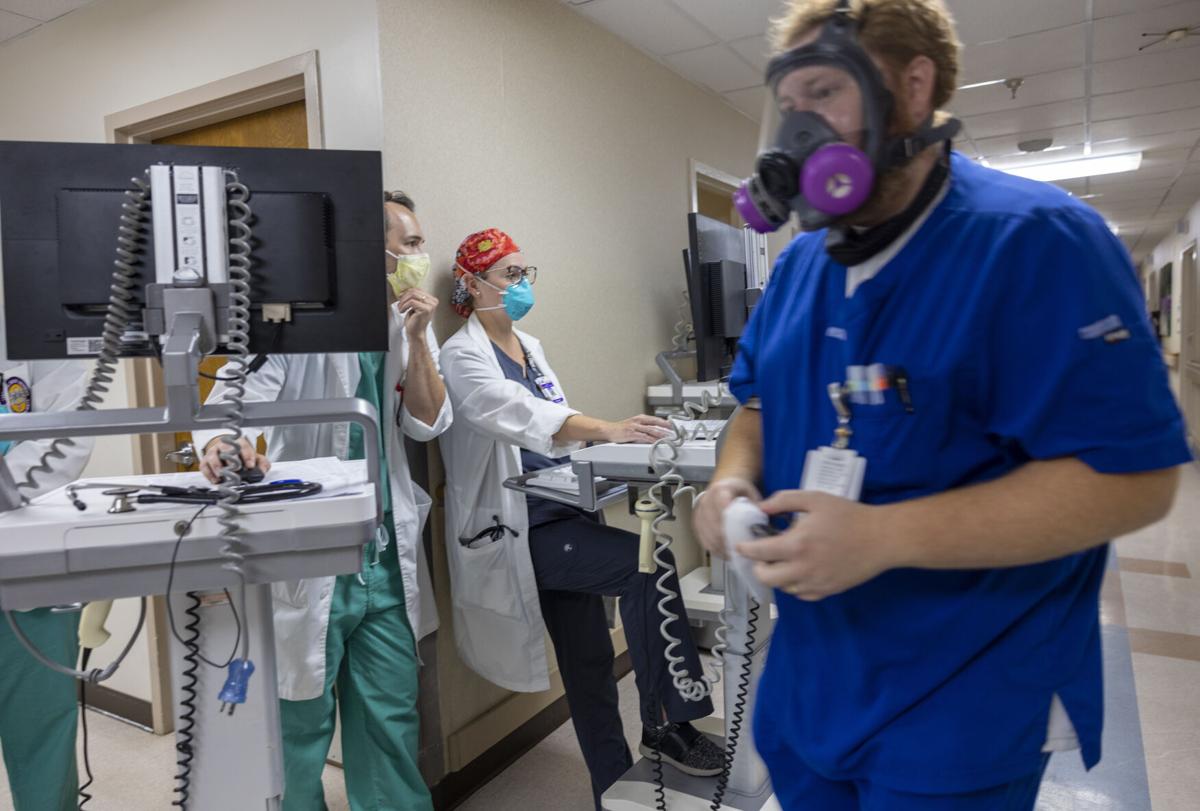 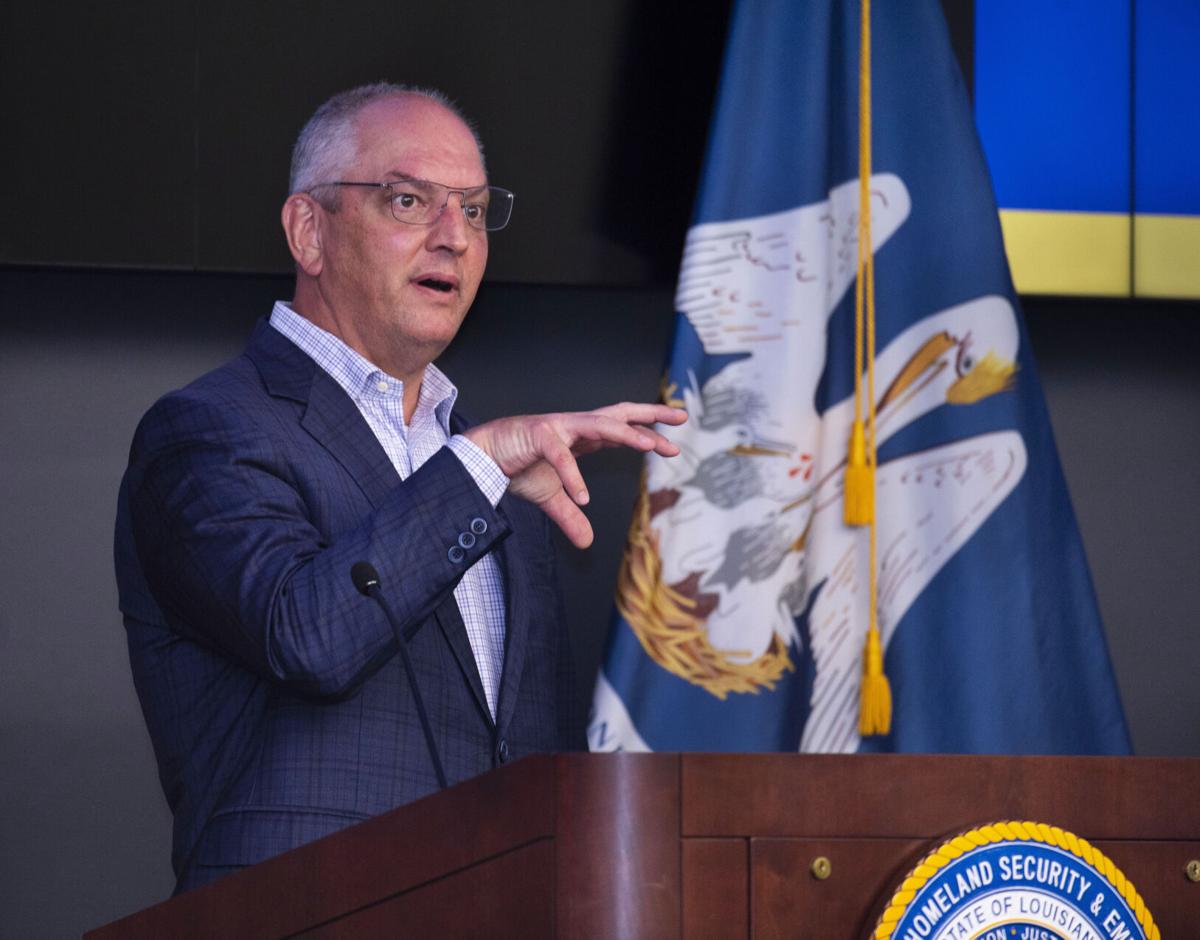 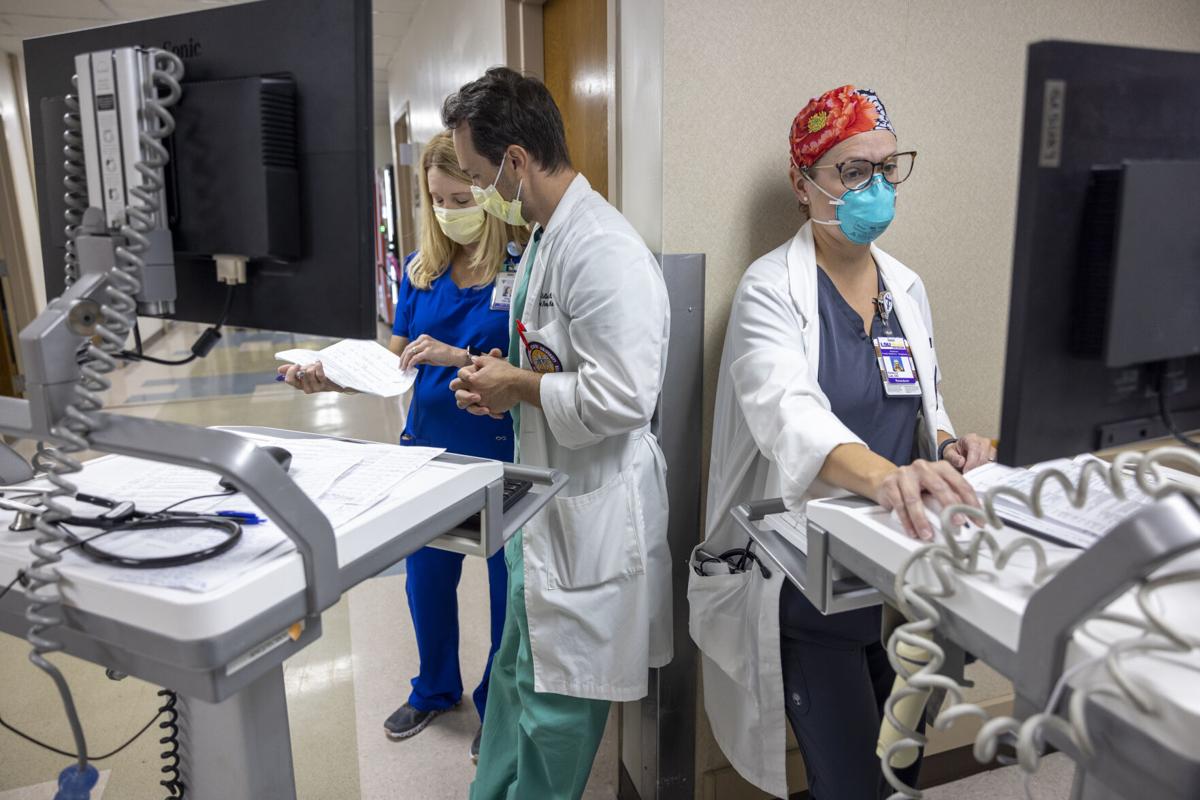 Battling the coronavirus at Our Lady of Angels Hospital in Bogalusa. 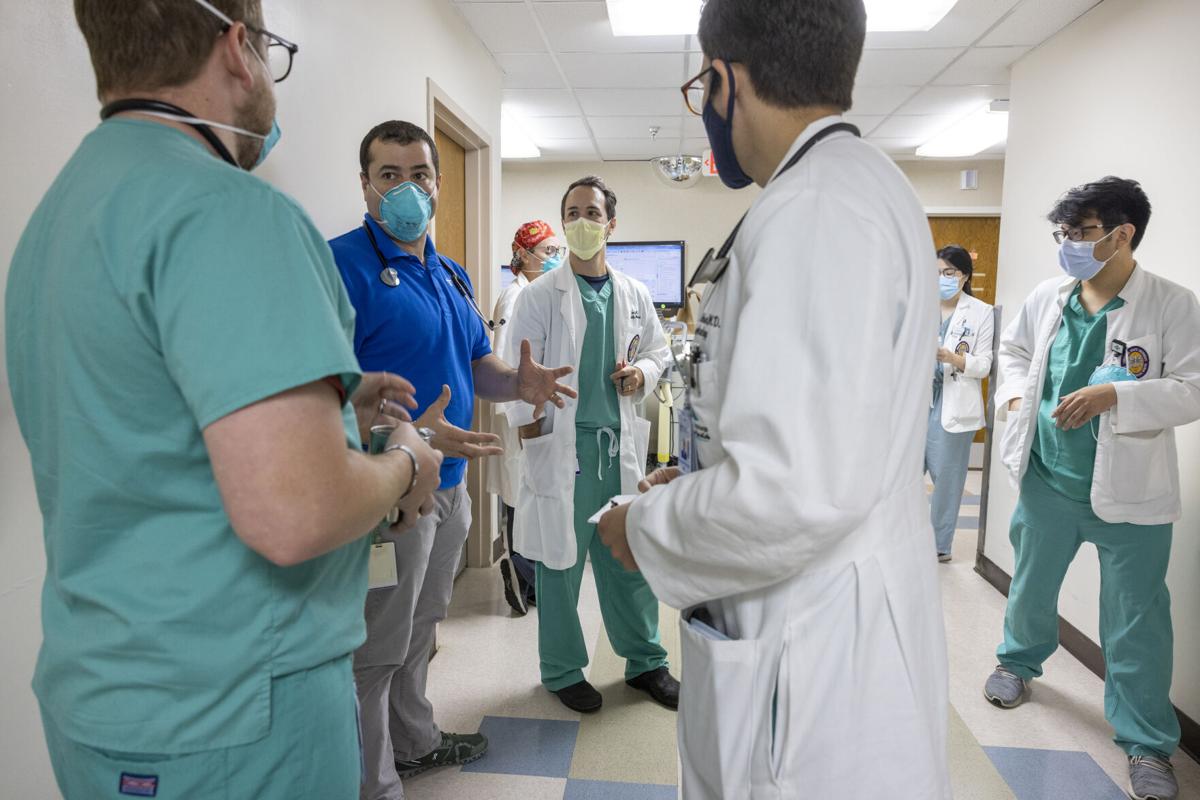 Battling the coronavirus at Our Lady of Angels Hospital in Bogalusa.

Grappling with an unprecedented flood of COVID-19 patients, Louisiana’s hospitals are struggling to provide the public with the most basic levels of care — and are quickly approaching catastrophe.

“We are rapidly getting to the point where we could have a major failure of our health care delivery system," Gov. John Bel Edwards said at a press briefing Friday. "There’s some people out there whose care is being delayed to the point where, for them, it’s already failed.”

If the latest and worst COVID surge doesn’t turn a corner within the next few weeks, Louisiana’s hospitals could reach a point where care is rationed and patients are triaged. What that means is that those with the lowest likelihood of survival would be turned away and sent to hospice care.

“This is not something that's happened before. We’ve never been to a place where not one hospital, but almost every hospital in the state, is at a point where they simply can’t meet the demand that comes in,” Kanter said. “Hospitals are going to do the best that they can to save the most lives, do the most amount of good for the most people.”

The sixth floor of Ochsner Medical Center in Old Jefferson was once where patients awaited heart transplants and recovered from heart surgery.

There were a record-setting 2,907 patients hospitalized with COVID on Thursday, the latest day for which data is available. Some 91% of those patients are not fully vaccinated, according to the Louisiana Department of Health.

The current surge is creating as much of a crisis for Louisiana’s healthcare system as any before it. About 1 of every 1,600 Louisiana residents is currently in a hospital bed with COVID, and more are arriving each day.

Those patients need intense care and monitoring, resources that would otherwise go to those suffering from other ailments or injuries. Faced with dire staffing shortages, 58 hospitals have reached out to the state asking for reinforcements of doctors and nurses. Many major hospitals can no longer accept patients transferred from smaller hospitals.

Last weekend, a patient suffering from an acute heart attack had to take a two-hour ambulance ride, passing six different hospitals, before they could find a facility with an open bed and a specialist on hand to offer care. Every minute that care is delayed “is literally heart muscle that dies,” Kanter said.

"These are the type of scenarios that are happening all across the state," Kanter said. “If you think this does not impact you, you’re absolutely wrong because these types of medical emergencies happen to everyone.”

Dr. Amanda Logue, the chief medical officer at Ochsner Lafayette General, which operates five hospitals in the Acadiana region, described the situation as “close to a breaking point.”

COVID patients are taking up one-third of Ochsner’s Lafayette bed space, and that number keeps rising. Logue said it’s not uncommon for patients to wait seven to ten hours for an emergency room bed. The health system has delayed more than 100 non-emergency surgeries each week for procedures that require a hospital bed for recovery, she said.

Overwhelmed by COVID-19, a Tangipahoa Parish hospital is latest to get help from Washington

Those include procedures for people with “slow-growing tumors. These are aneurysms. These are bypass surgeries, heart bypass, and hysterectomies,” Logue said. “They’re certainly not minor to the person that’s waiting on them.”

Since the beginning of July, Ochsner Lafayette General has declined nearly 70% of all transfer requests from smaller hospitals, Logue said.

She described the “ripple effect” that’s emerging in the healthcare system as major hospitals grow overwhelmed with COVID. Rural emergency rooms, unable to transfer patients, are filling to the brim. When ambulances show up, there’s no space for patients, so EMTs are lining the hallways waiting for a bed to open.

If the surge of coronavirus patients grows larger, Logue said next steps would involve shutting down clinic visits to anything but the most urgent needs so the doctors, nurses and other health care staff can go to hospital bedsides.

"After that, it's uncharted territory," Logue said. "We are thinking through all the levers we could pull but we're getting close to being there already."

COVID can cause pregnancy complications or even stillbirth, CDC says; officials urge vaccines

Four of the state’s nine hospital regions reported their available ICU beds in the single digits on Friday: Only 3 beds were free in the Lafayette area, 4 in Lake Charles, 8 around Alexandria and there were only 9 to spare in the region covering the River Parishes, Houma and Thibodaux.

Combined, that means a total of 24 beds for patients in need of the most critical care for an area of 1.6 million people stretching from the Bonnet Carre Spillway to the Texas border. And while those regions are the worst off, none of the others has more than 20% of its beds available.

About 1 in 50 Louisiana residents have tested positive for the coronavirus since the fourth wave began at the beginning of July. And if the state of Louisiana were an independent country, its case growth would be among the highest in the world, Edwards noted.

And yet, Louisiana’s pandemic restrictions are as relaxed as ever, with none of the capacity limits or curfews implemented during the first three surges.

Edwards said that vaccinations and masking should be enough to stem transmission and said the U.S. Centers for Disease Control and Prevention hasn't recommended additional mitigation measures. The Democratic governor reinstated an indoor mask mandate on Aug. 4 that's set to expire at the beginning of September.

"I'm not going to be more prescriptive than that right now," Edwards said. "Every time we've had a mask mandate before, you could see about two weeks after that was implemented, that the numbers got better, and I'm very hopeful that that's going to happen this time."

Unvaccinated patients push Baton Rouge hospitals to the limit: 'We need to stop this beast'

Bart Wilson didn’t see the urgency in getting vaccinated. He’s only 50. No diabetes. No heart conditions. No nothing.

In an attempt to boost vaccination rates among young people, Edwards also announced that the state will give away $100 gift cards to the first 75,000 college and university students who get their shots beginning Monday.

“Students want an in-person college experience. They want as much normalcy as possible. To safely accomplish that we need more shots in arms,” he said.

Edwards unveiled the incentive hours after Louisiana announced the winners of a $1 million grand prize and five $100,000 scholarships as part of the state's Shot At A Million vaccine lottery.

Only 38% of Louisiana’s population is fully vaccinated against the coronavirus illness, among the bottom five states in the nation, according to CDC data. But the numbers of people seeking their first shot has increased dramatically over the last month.

Photos: A look inside the COVID fight at Our Lady of Lourdes Regional Medical Center