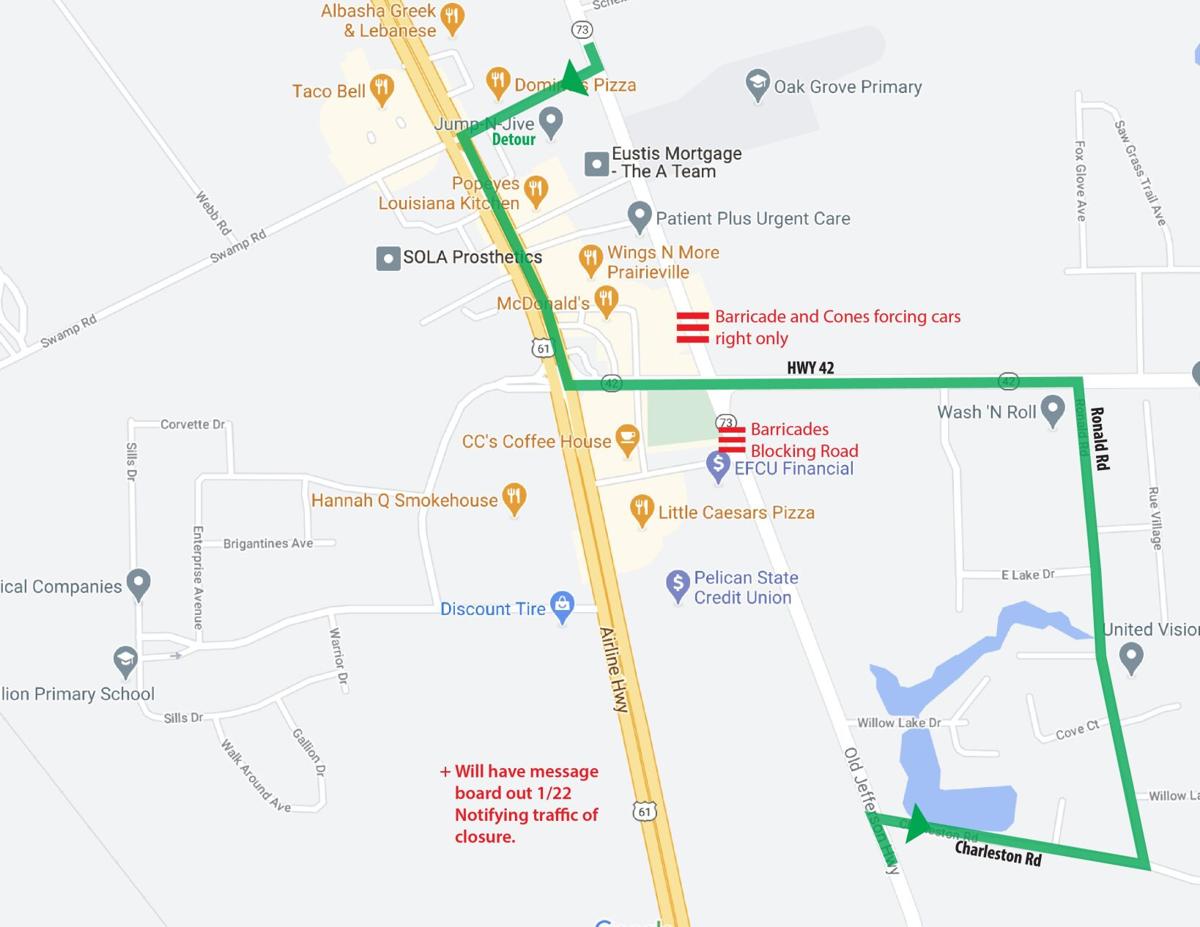 Drivers on La. 73 and La. 42 in northern Ascension Parish can expect highway closures and will have to take this detour, above, from 8 a.m. to 3 p.m. Tuesday, Jan. 26, 2021. The detour is needed as part of the nearly seven-year-old La. 42 widening project. The completion date was recently delayed another three to four months to finish in the summer. 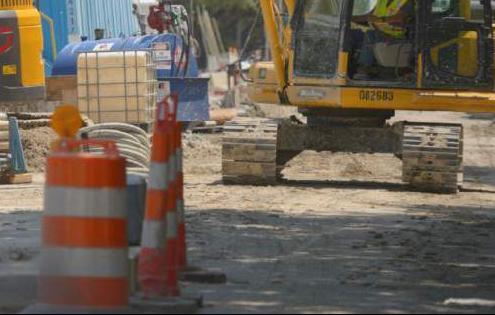 The contractor plans to do patching work on a short but busy stretch of La. 42 between La. 73 and Airline Highway near the parish's Oak Grove park.

La. 73, also known as Jefferson Highway, will be closed in both directions at its intersection with La. 42 from 8 a.m. to 3 p.m. Tuesday, depending on the weather, state highway officials said Friday.

Traffic that is north of La. 42 and traveling south on La. 73 will be directed to detour right onto Ascension Parish Road, then left onto Airline Highway and south until reaching La. 42, where drivers can turn left.

Once on La. 42, traffic seeking to return to La. 73 southbound will turn right onto Ronald Road from La. 42 and then right again onto Charleston Road near the Willow Lake neighborhood until drivers reach La. 73.

Northbound traffic on La. 73 would follow the same detour but in reverse. Detours signs will be in place, state Department of Transportation and Development officials said.

Also, the right turn lane from Airline northbound onto La. 42 will be closed first to patch that lane through to La. 73. Workers will switch afterward to the middle, pass-through lane to patch that one also.

A message board at the corner of La. 73 and La. 42 will be in place Saturday morning notifying traffic of the coming closure, officials said.

The 3.7-mile project will widen La. 42 primarily to a four-lane, divided highway between Airline and to Woodhaven Drive, east of La. 44. A small portion will have five lanes.

Underway for nearly seven years, the project's $28.9 million state road construction phase began in late 2017 after an extended effort by the parish to install a new sewer trunk line under the future highway.

Parish officials said in October that DOTD told them the project would be finished in March — a three-month delay from an earlier completion date — but Joey Tureau, the parish's chief engineer and a former DOTD official, informed a Parish Council committee this month that he has since been informed that La. 42 won't be finished until the summer.

Rodney Mallett, a DOTD spokesman, said Friday that the accumulated delays from bad weather since the construction phase started in 2017 contributed to the latest completion date.

But he noted the last months of the project this year will involve work that "will minimally impact motorists in comparison to the configurations they have been seeing since the project started."

Some of that work will include road striping, seeding grass along the road and work on concrete walks and signs that are less disruptive than road paving and milling operations.