Candidates answer moderator questions during a mayoral candidate forum sponsored by the League of Women Voters on Monday at the State Archives Building. 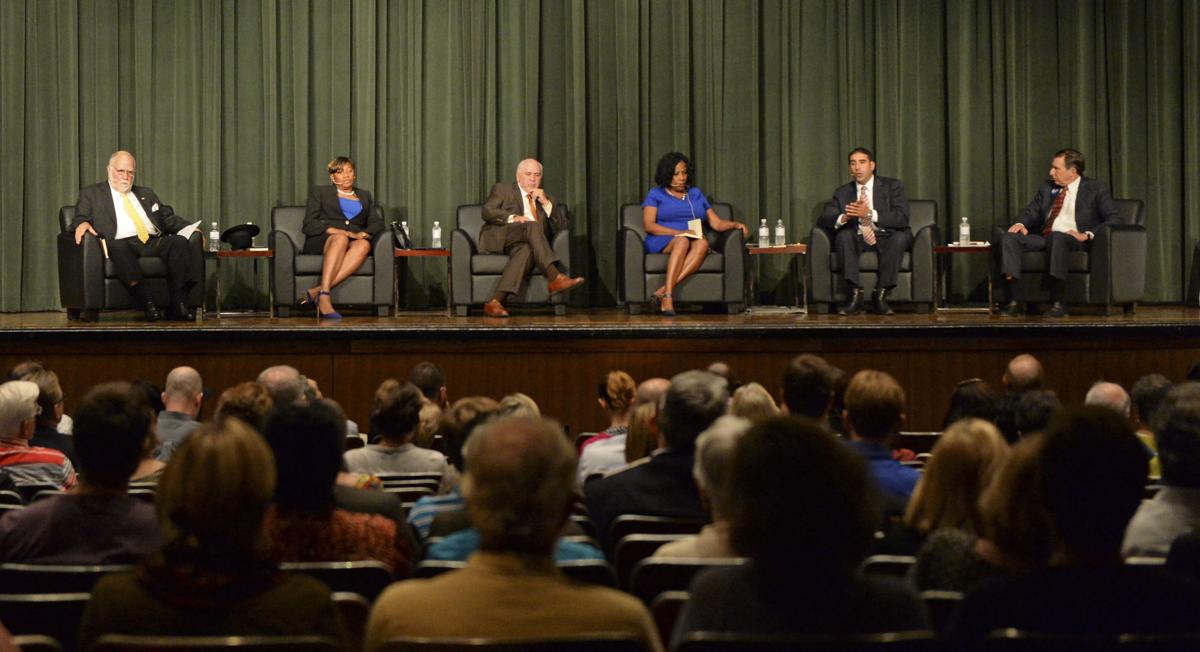 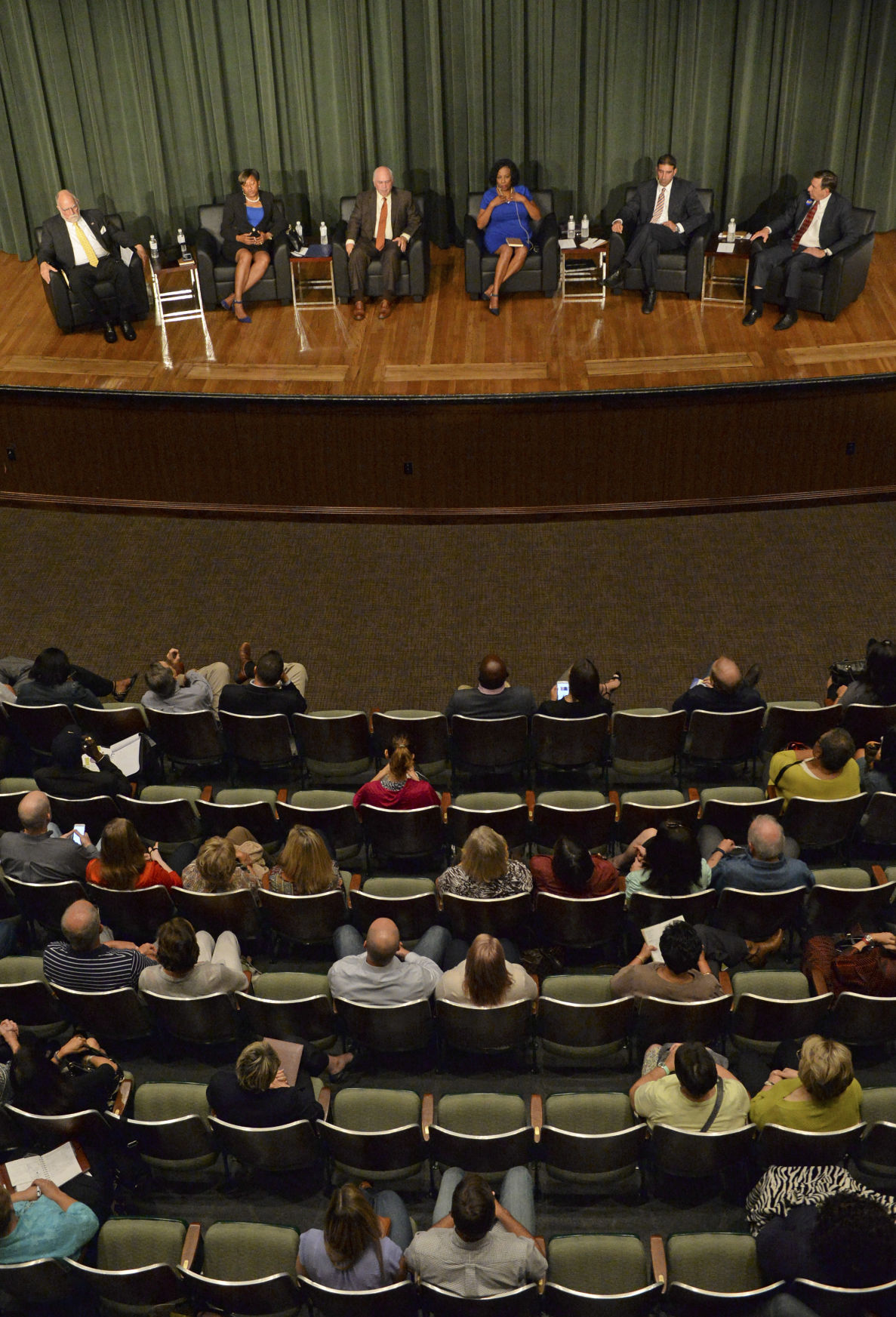 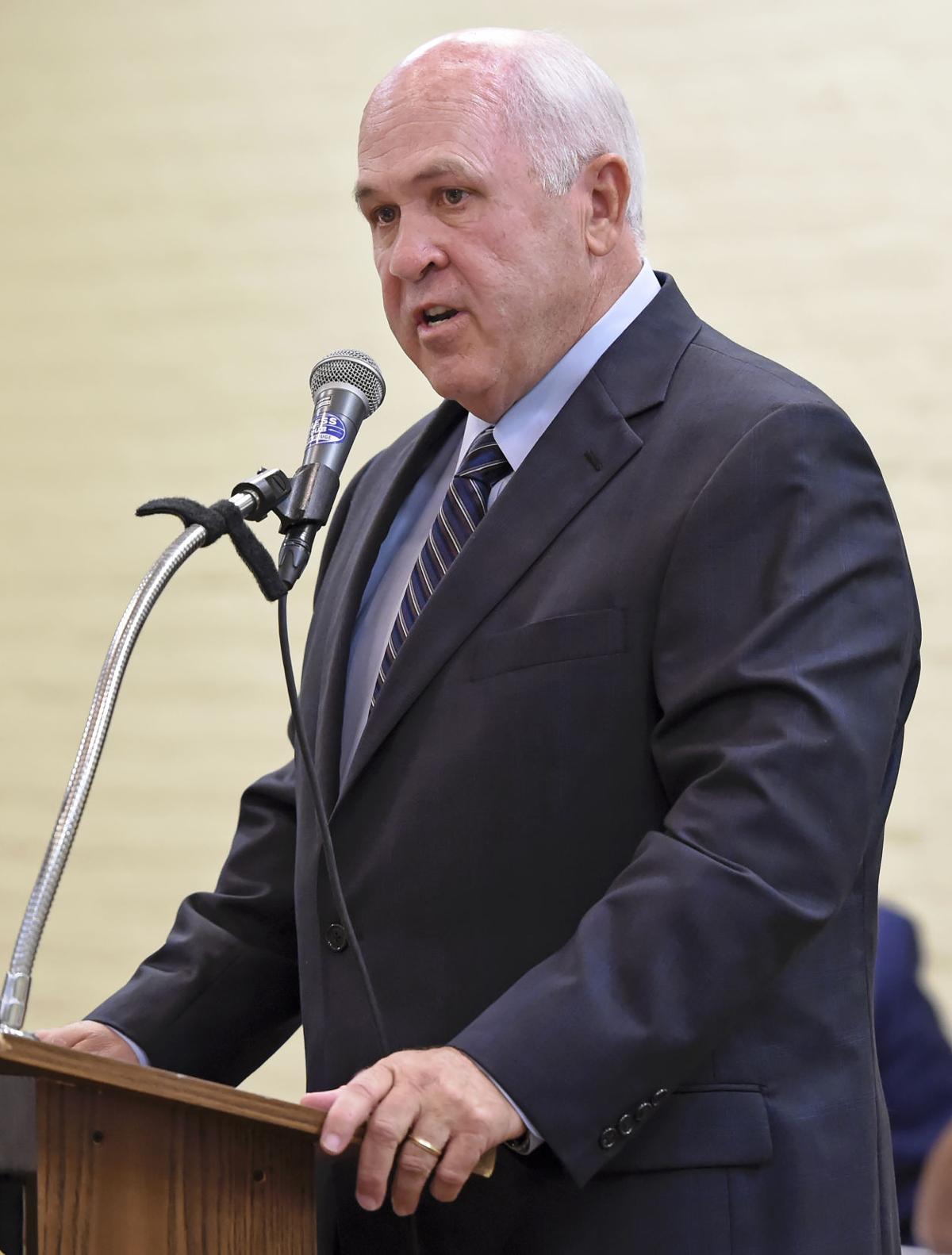 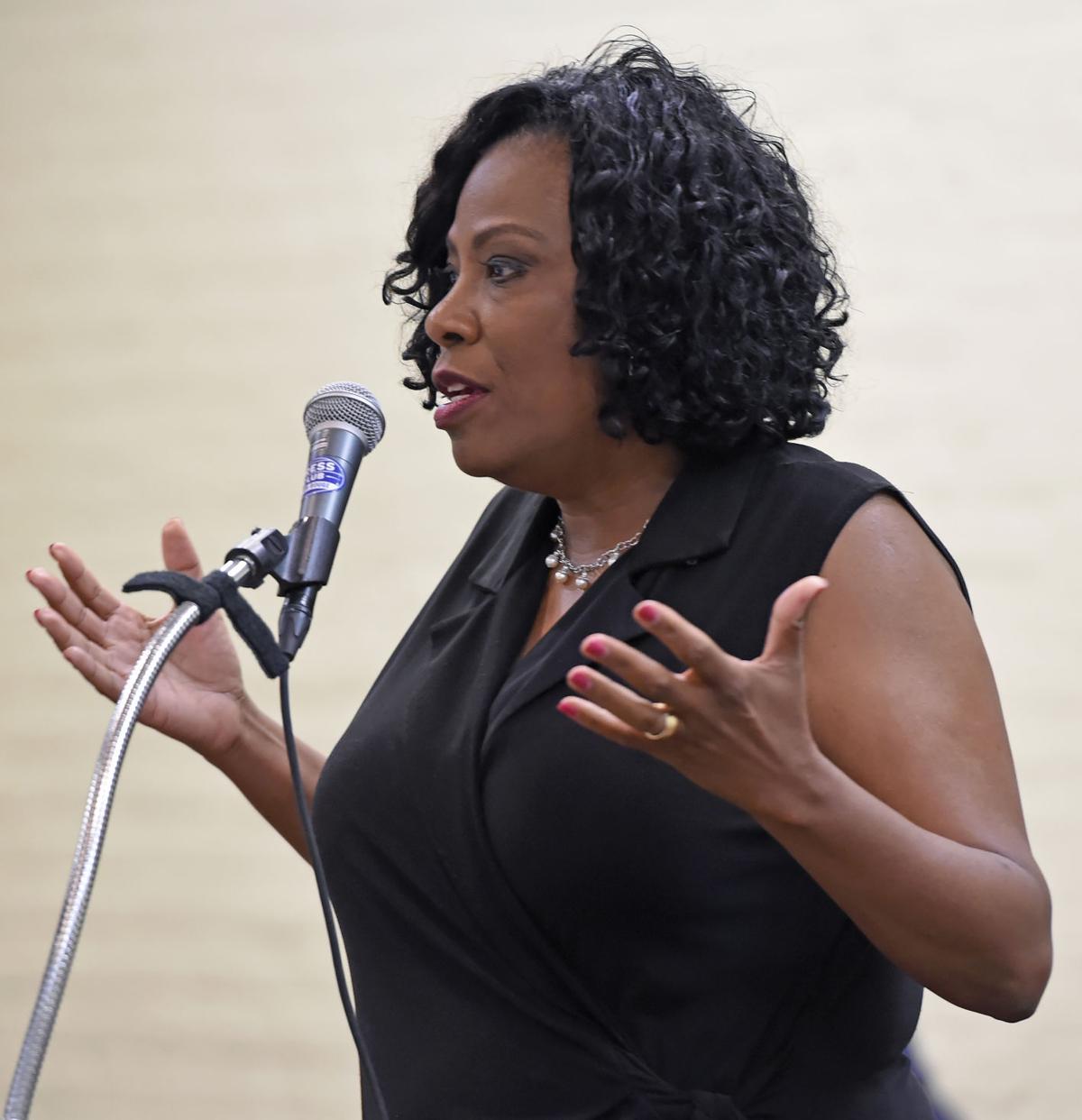 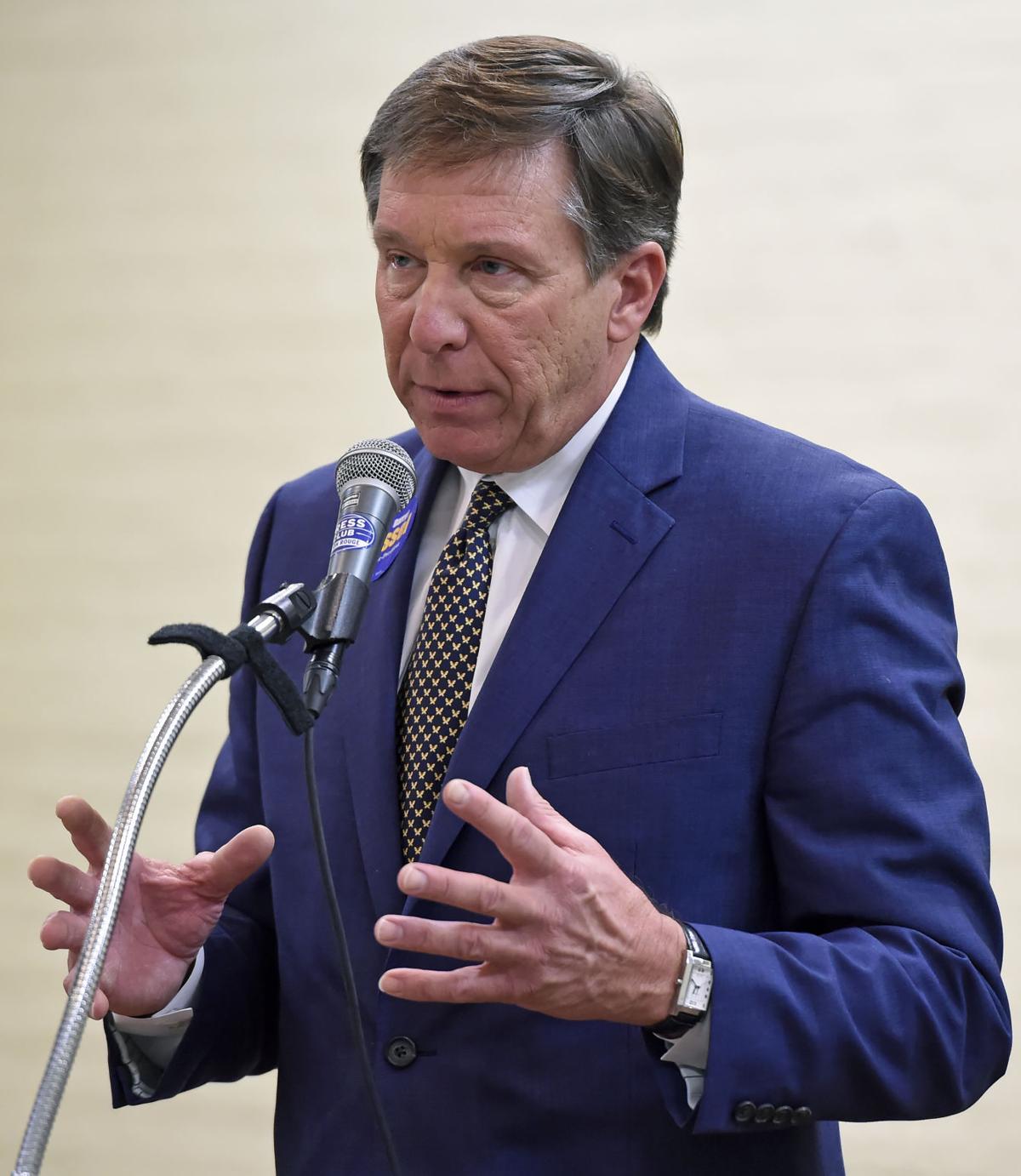 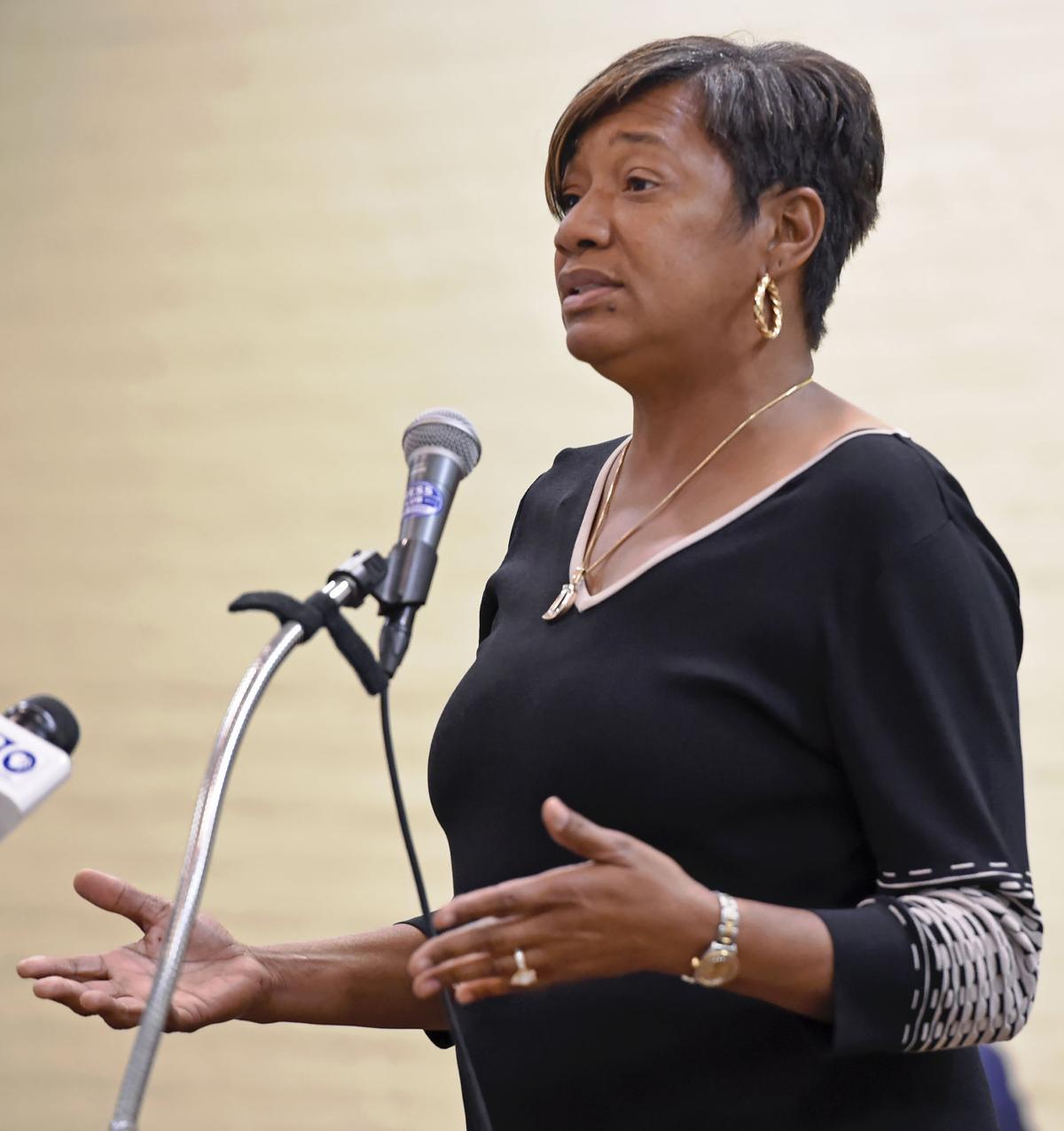 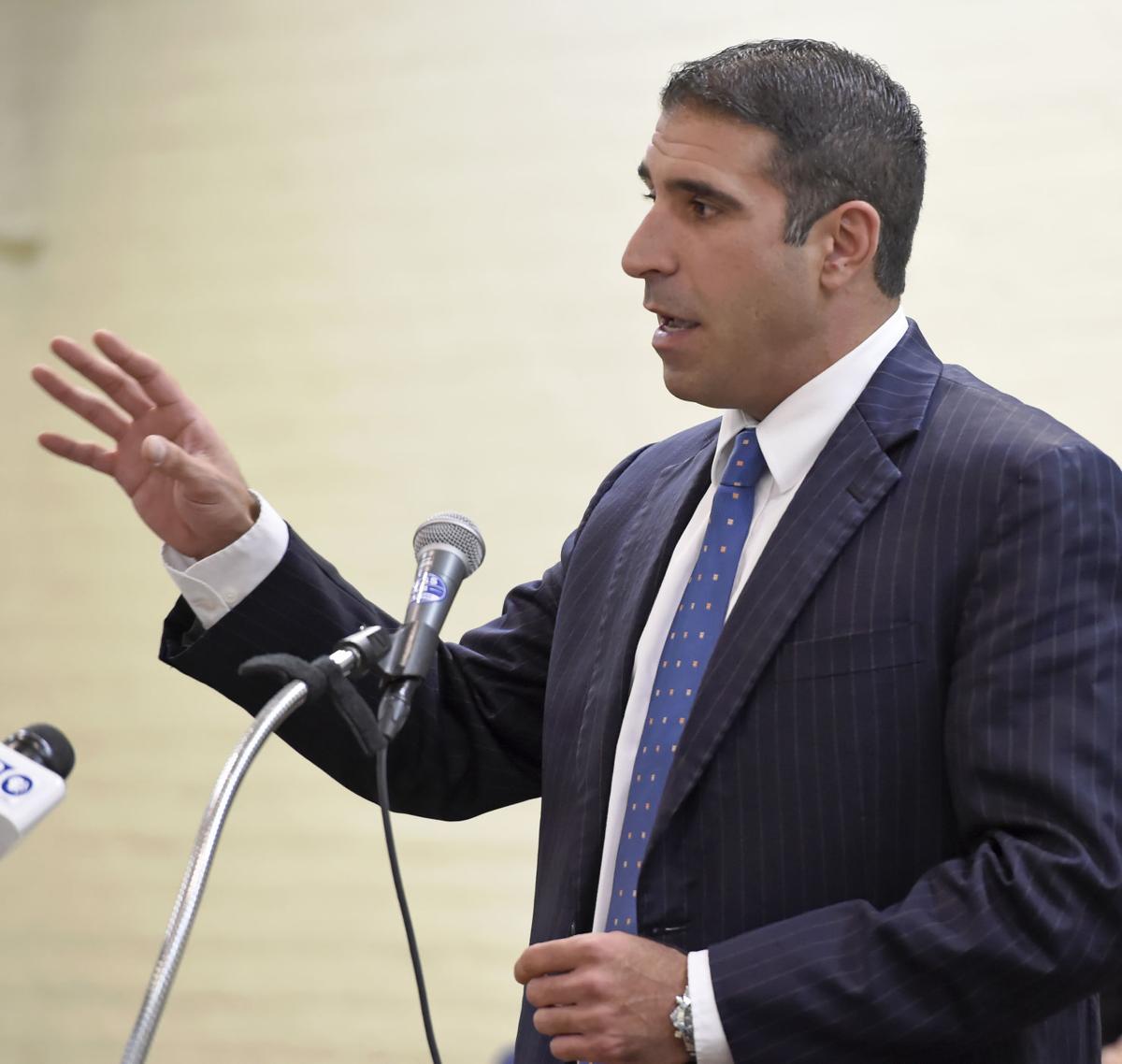 Candidates answer moderator questions during a mayoral candidate forum sponsored by the League of Women Voters on Monday at the State Archives Building.

Baton Rouge mayoral candidates are beginning to pour money into television ads, trying to deliver their messages during key TV times ahead of the Nov. 8 primary election. Amid the high school football games, pancake breakfasts and young professional networking nights, candidates are just now making those investments to court a larger audience in hopes of making the Dec. 10 runoff.

For the third time this summer, Baton Rouge's mayor-president race has a new issue at its fo…

Their choices of television programming contain some insights into what kind of voters they are trying to court, though it remains to be seen whether the ticking clock and ramped-up spending will inspire excitement among the electorate, political observers say. Competing not just with the presidential election and U.S. Senate race in Louisiana but also the day-to-day reality of people picking up their lives after the August floods, the East Baton Rouge mayor-president race has struggled to attract attention.

Television ads can still make or break a political campaign. In 2004, Mayor-President Kip Holden and an outside political action committee showered the airways with television ads during Holden's successful bid to oust incumbent Bobby Simpson.

While Holden's 2004 campaign spent $215,240 in the final few months of the campaign, political action committee BRNEXT spent $139,843 during that period, Advocate archives show.

BRNEXT's message was "anybody but Bobby." The group memorably aired a TV spot in the final days of the campaign that showed a monkey playing with money as a narrator attacked Simpson's plan for a northern bypass, calling it "a loop to nowhere."

Political pundits at the time said that BRNEXT's involvement and TV spots were part of what helped Holden defeat an incumbent. Holden continued strong television ads in his 2008 and 2012 campaigns, clinching two more terms in office.

Rannah Gray, the advertising and public relations specialist who ran all three of Holden's mayoral campaigns, said TV ads could determine which of this year's candidates can make a runoff.

"You have to ultimately have the budget to at least get on TV some," Gray said.

White has debuted two television spots thus far, one focusing on education and the other about reducing the crime rate. He has spent $228,305 on television ads that will run through Election Day, with one contract marked “pending," according to his publicly reported campaign ads with the Federal Communications Commission.

In his education ad, White says he wants to invest in early childhood education, expand dual enrollment, build new schools and improve the existing ones. Other mayoral candidates have criticized White at forums for pledging education reform given the mayor's limited control over education, but White has said he will work with the School Board and that he would expand Head Start.

Mayoral candidate Bodi White: 'If I didn't think I could fix it, I wouldn't be running'

In his crime ad, White references his past work as a sheriff's deputy and says he will crack down on violent crime, improve community policing, make neighborhoods safer and give more money to law enforcement.

It's not only that White is buying more television than the other candidates. He's also buying during some of the most expensive and best-watched time slots, including the MLB World Series and New Orleans Saints games.

A single, 30-second spot during a Saints game costs $5,000, and White has purchased one for each of the next two games leading up to the election. White has tried to reach prime time crime drama watchers of "The Blacklist" and "Chicago P.D," along with daytime TV watchers of "The Price Is Right."

Broome has debuted one ad thus far, standing in her home that flooded in August. She emphasizes rebuilding of both homes and trust in the community after Baton Rouge's tumultuous summer, which included not only the flooding but also the shooting of Alton Sterling by a police officer and the killing of law enforcement officers less than two weeks later by a lone gunman from Missouri.

Broome has spent $43,820 on television ads. She's courting daytime TV watchers with spots running during "Judge Judy" and "Judge Faith." In prime time, Broome's spots are airing during dramas, reality TV and sitcoms including "The Voice," "This Is Us," "The Big Bang Theory" and "Modern Family."

The former veteran legislator has also spent the most money on radio ads thus far. She's spent about $21,000 on radio ads since September on local soul, R&B and gospel stations.

White and Broome purchased time through the local ABC, NBC, CBS and Fox affiliates, while Gissel has stuck with ABC and CBS.

Gissel bought television ads earlier in the summer than most candidates, and he is about to start running television ads again. Gissel ran a biographical television spot in late July, getting a jump-start before ads for U.S. Senate candidates and presidential candidates started cluttering the airways.

In the spot, Gissel says party politics have failed the country and that he, as a candidate not connected to a party, could be the voice of unity.

"It was a smart move because he needed name recognition," Gray said. "He got attention when other candidates were not on the air."

Gissel has spent $22,350 on television ads, with spots mostly running during local news programs. Gissel, who also bought ad space in The Advocate, has spent less than $2,000 on radio ads and is pursuing a wide range of demographics with them. He’s bought slots on both Classic Hits 103.3 and Max 94.1, a hip-hop and R&B station.

Gissel has also tried to make use of his campaign Facebook page with a series of videos called "The Daily Darryl," in which he explains his stances on issues and interacts with voters.

He and White have also purchased Google AdWords so that when people input the candidates' names into the search engine, sponsored advertisements for their websites pop up.

White, Broome and Delgado have also purchased advertising space on Facebook, according to campaign finance documents.

Delgado and Marcelle's struggles to raise money in the race has hurt their ability to buy ads.

In his short political career, John Delgado's developed a knack for tapping into controversy.

Delgado has spent a shade under $6,000 to buy radio ads on Talk 107.3 and The Eagle 98.1, a rock station. Those spots will begin running throughout the day on Monday and ramp up in the days before the election.

His campaign has also promoted a video called "I'm voting for the Cuban" on his Facebook page.

It was barely more than a month after C. Denise Marcelle entered the Baton Rouge mayor's rac…

Gray said the mayor's race has had to take a back seat to everything else happening in people's lives right now, with so many people in the parish having been affected by recent floods and rebuilding. But she predicted that the electorate will become more attuned to the race in time for the runoff.

How do BR mayor-president runoff foes win it all? 2 factors may hold the key

Not a single cash-throwing monkey has appeared on TV so far.

More than $1 million has been raised to elect Republican Bodi White as East Baton Rouge Parish's next mayor-president, nearly twice the amount…

Over Sharon Weston Broome's two decades in the state Legislature, she developed an interest in children and families, victims of domestic viol…