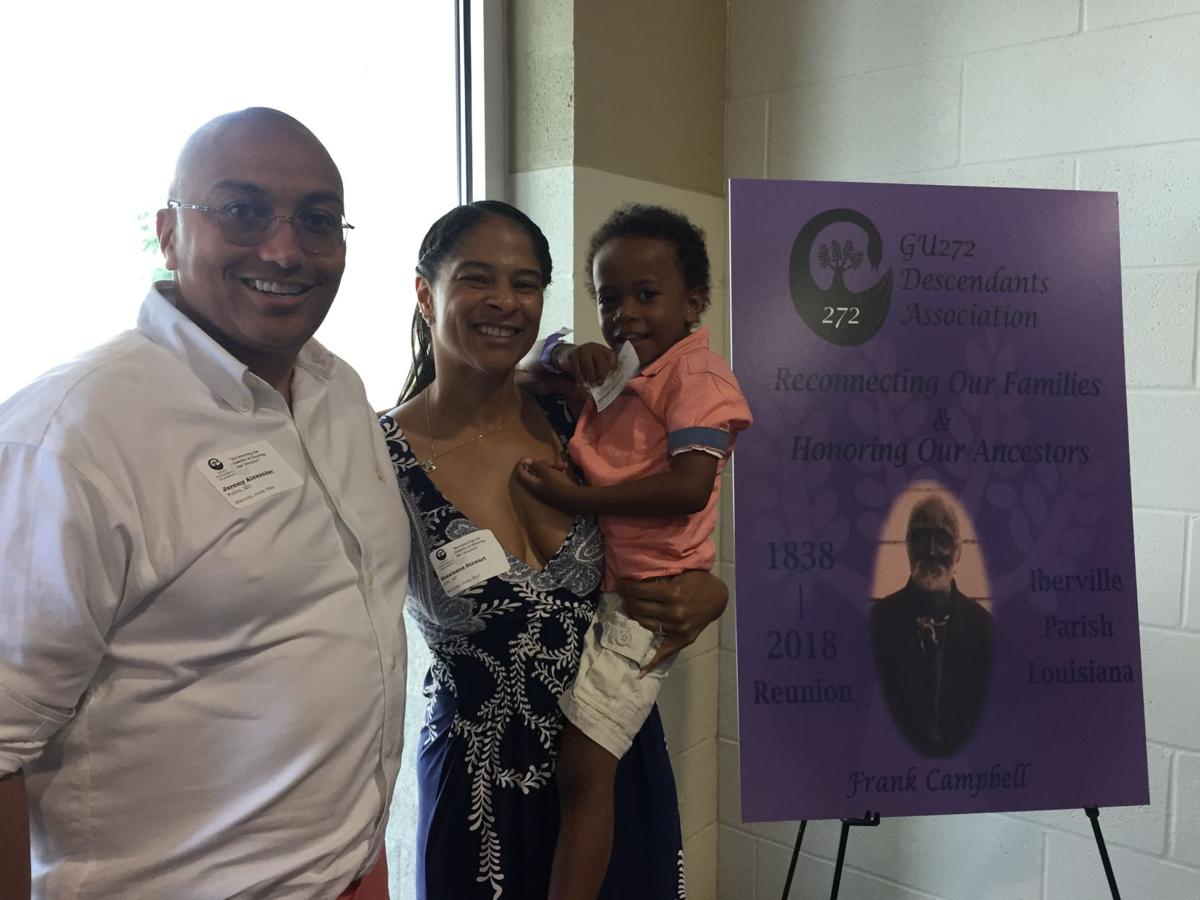 Pictured from left, cousins Jeremy Alexander, Shealeana Stewart and Gabriel Stewart at the GU272 Descendants Association reunion on Saturday at the North Iberville Community Center in Rosedale. They are descendants of a group of slaves sold in 1838 by Georgetown University. 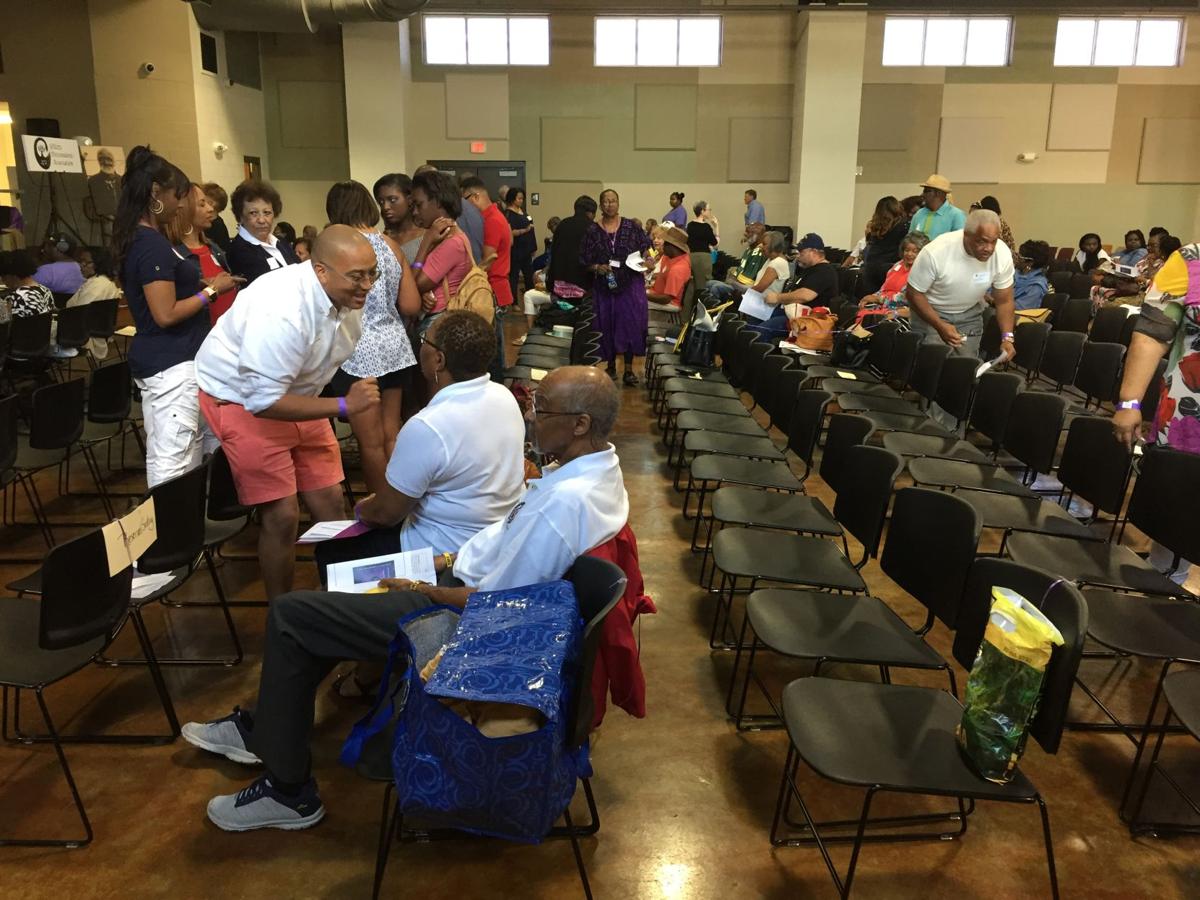 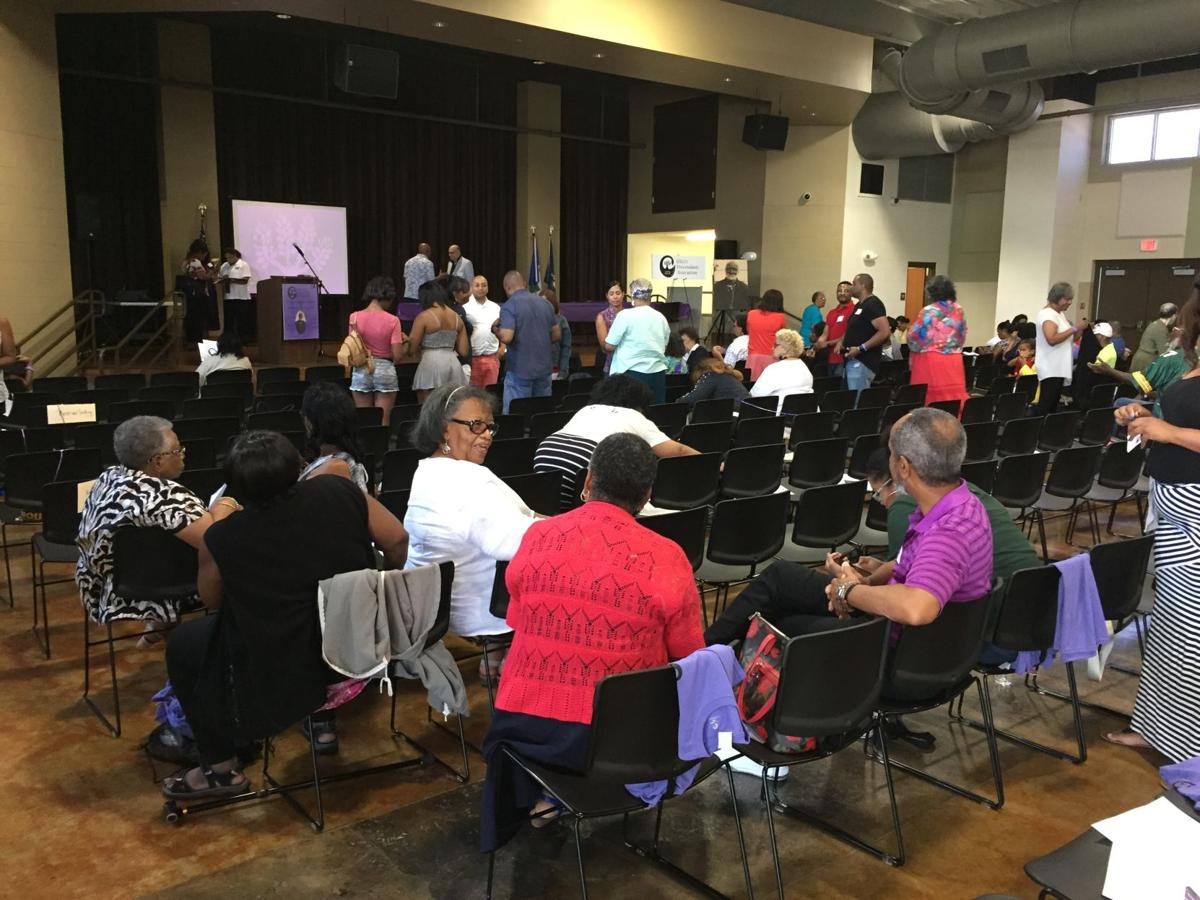 Pictured from left, cousins Jeremy Alexander, Shealeana Stewart and Gabriel Stewart at the GU272 Descendants Association reunion on Saturday at the North Iberville Community Center in Rosedale. They are descendants of a group of slaves sold in 1838 by Georgetown University.

Shealeana Stewart grew up in Pass Christian, Mississippi, not knowing much about her family history.

But that changed when her second cousin Jeremy Alexander contacted her to say their lineage traced back to a group of slaves who ended up in south Louisiana after being sold in 1838 by the Jesuit order that was running what would later later become Georgetown University. It linked Stewart to an extended family she'd never heard about.

"My family never talked about slavery or any of that, so I never really knew about the history of it," she said.

Jesuit priests sold 272 slaves they owned to keep the private Georgetown University in Washington, D.C., financially afloat — a revelation that came to light in 2016 and for which the university has since formally apologized.

Stewart and Alexander met for the first time Saturday, when the GU272 Descendants Association hosted a reunion for about 500 descendants of the Georgetown slaves at the North Iberville Community Center in Rosedale in Iberville Parish — one of the parishes where the slaves were brought to work the fields of plantations.

Some of the descendants had been in touch through email and social media before Saturday, organizers said. For most, though, the reunion was the first time they met face to face.

Alexander, who works at Georgetown University and lives in Maryland, was standing near the door when Stewart arrived at the community center. She and her 4-year-old son, Gabriel, had come from Pyeongtaek, South Korea, where she has lived for about a year for her job.

Being on the same soil where her ancestors had once toiled, Stewart said, was an important experience that she hopes to one day talk about with her young son.

Georgetown's sale of slaves in Louisiana 'a microcosm' of slavery in America, scholar says

"I believe that everyone should know the history behind where they come from," Stewart said.

"To know what they went through back then and to know exactly where we come from and to be here, it's really mind-blowing for me," she added.

People came from near and far for the reunion. Some attendees live in nearby communities, while others traveled from states around the country and had never before set foot in Iberville Parish.

On Friday, some of the descendants went on a bus tour that took them from Port Allen to Maringouin, Donaldsonville and Houma as they visited historically significant sites. And on Sunday, they were to attend a church service at Immaculate Heart of Mary Church in Maringouin.

PBS was filming the gathering for its "Finding Your Roots" series, which follows people as they trace their ancestries.

Philip Foster, of San Jose, California, had come in hopes of meeting other people descended from the Mahoney family, one of the slave families involved in the Georgetown sale. Foster said his great-great-grandfather Charles Mahoney was not sold by the Jesuits but was related to someone who was.

Melissa Kemp, of Austin, Texas, also is descended from the Mahoneys. Her ancestors were enslaved by the Jesuits as early as 1676, she said. Her great-great-great-great-grandmother Louisa Mahoney Mason was the last in the family to be a slave at Georgetown.

Mason avoided being sold and sent to Louisiana in 1838 by hiding in the woods, said Kemp, who is a member of the board of directors of the GU272 Descendants Association.

"It turns a lot of the histories about Jesuit slaveholding and Maryland plantations were written by priests who interviewed her, so she was the source of knowledge for a lot of the literature that we have, and as a result, her name appears in a lot of books, which is something I never knew as a kid," said Kemp, who is originally from Woodstock, Maryland.

Some of Mason's descendants would go on to continue working for the Jesuits in Maryland. Kemp's grandmother, a cook, retired from a church parish there in 2011.

"We've had a continuous line of people working for the Jesuits since our arrival in this country. Obviously some of them were forced to do it, but we have this connection" with them, she said.

Since news of the slave sale broke, Kemp has been able to learn more about her genealogy — something she has always been interested in.

"It makes this whole history of slavery more real," she said.

Cheryllyn Branche, president of the GU272 Descendants Association and a New Orleans resident, said more than 6,000 people have been determined to be kin to the Georgetown slaves — herself included. There are many more descendants who have yet to be identified.

She said the GU272 group is working to help descendants get in contact with one another as well as educate people about the legacy of slavery in American society.

"This is something that should have been available to us a long time ago," Branche said of Saturday's reunion and the chance to bond over what they have in common, to know where they come from.

They were deprived of that opportunity for years, she said, by the Georgetown Jesuits keeping information about the 1838 sale to themselves, locked away in their archives.

"Nothing is more important" than family, she said. "And nothing gives people more satisfaction than understanding who they are as a family."

Editor's note: This article was changed to note that the Jesuit order that ran what would later become Georgetown University sold the slaves to keep the institution from having to close.