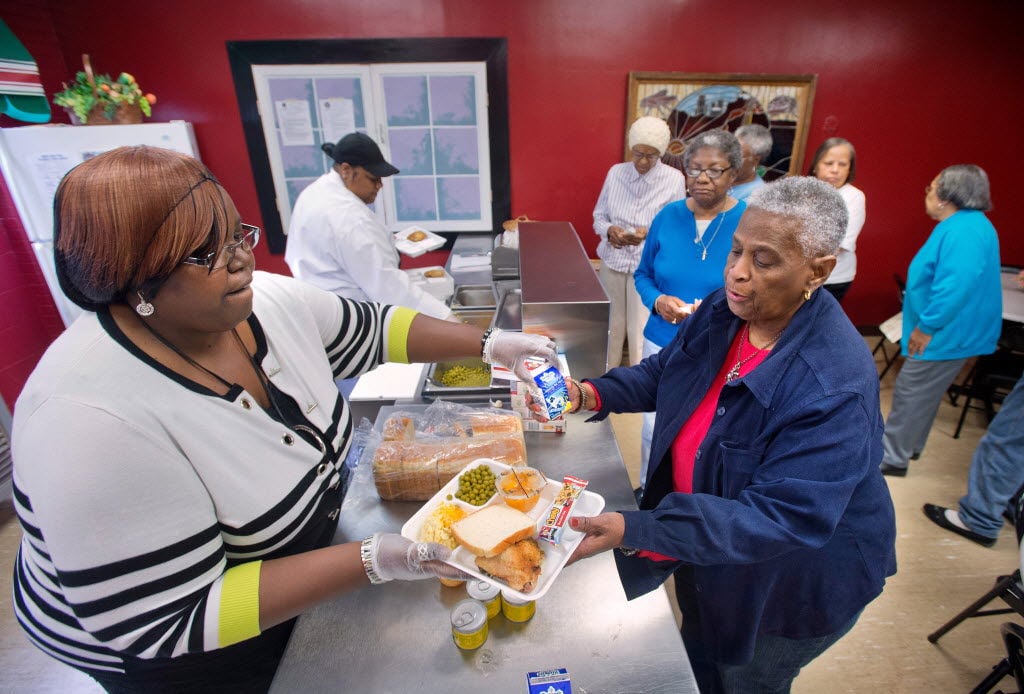 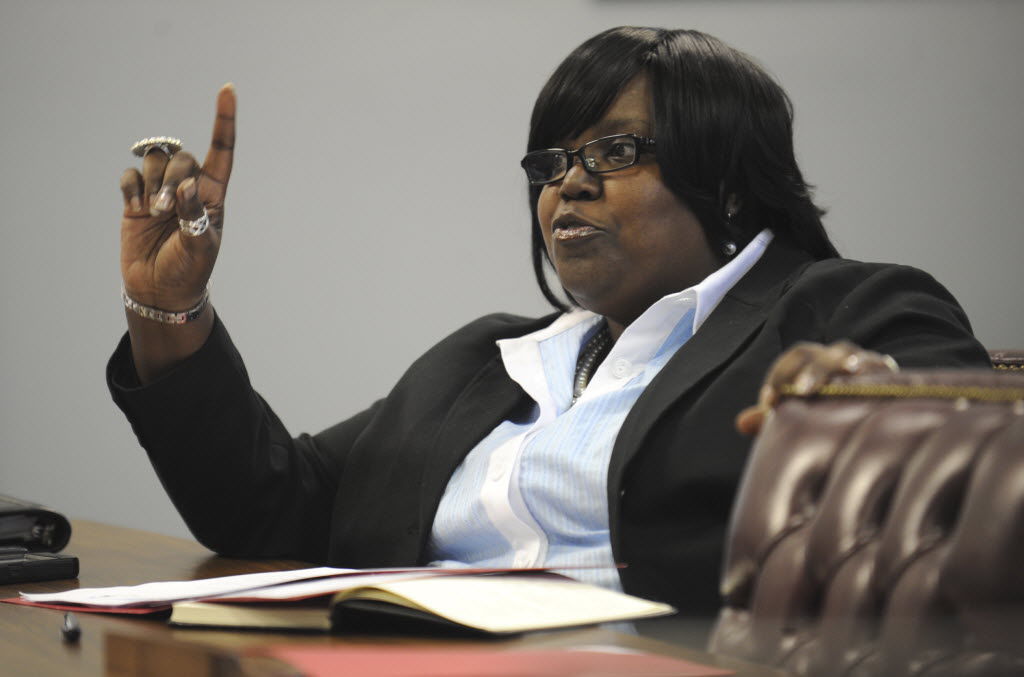 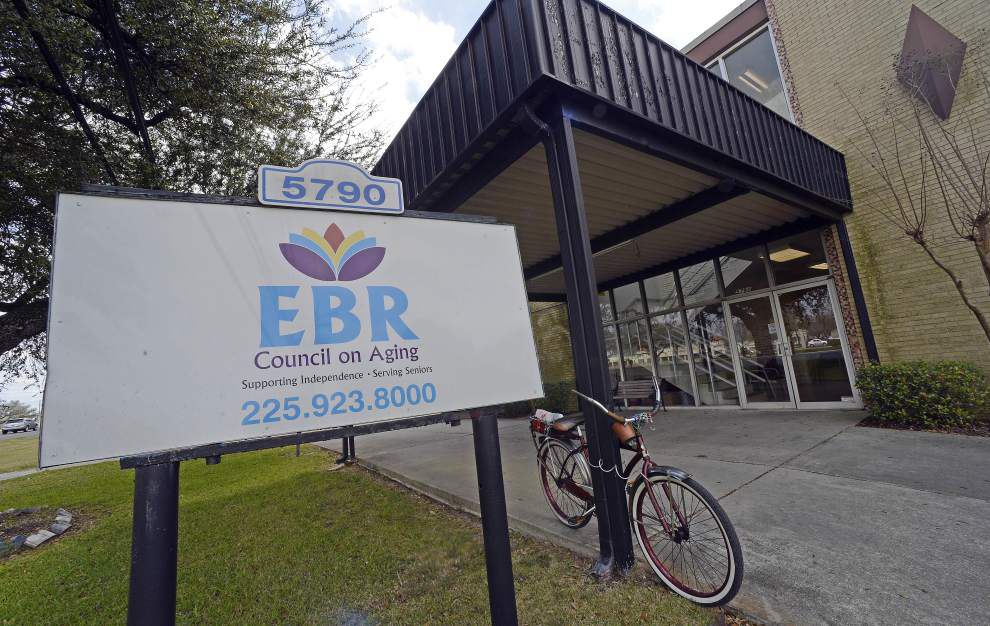 51-to-49 percent — the Council on Aging tax in East Baton Rouge Parish passed in March despite the fact that the organization's finances have been in question, particularly over losing hundreds of thousands of dollars on a failed bingo hall

51-to-49 percent — the Council on Aging tax in East Baton Rouge Parish passed in March despite the fact that the organization's finances have been in question, particularly over losing hundreds of thousands of dollars on a failed bingo hall

Two Baton Rouge lawmakers are calling on Council on Aging Executive Director Tasha Clark Amar to resign after legal documents accuse her of "unduly influencing" an elderly woman who frequented one of the agency's centers to leave Amar in charge of her estate.

Several lawmakers have recently questioned missteps from the Council on Aging during the political campaign for a dedicated tax that more than doubled the size of the the agency's budget. The group is under investigation from the Louisiana Legislative Auditor, and now its executive director is at the center of legal action over the estate of Helen Plummer, who died March 2 at age 95.

"What happened with this case is extremely disturbing," Metro Councilman Buddy Amoroso said. "What the public would want is for her to resign. To me, this is just the final nail in the coffin that we're taking the radical step of asking her to step down."

Councilman Dwight Hudson echoed Amoroso's viewpoint. "We just feel like the public has lost confidence in the organization," he said.

Documents filed with the 19th Judicial District Court over the past several weeks show that Plummer drafted a will on July 7, 2016 that appointed "my friend, Dytasha Clark-Amar" as the executor of her estate. Plummer asked for her estate to be placed into a trust, and she specified in her will that Amar pay herself $500 a month from the trust.

There is at least $314,000 in the trust, based on Plummer's assets. It is to be passed down to Plummer's two great grandchildren and a great niece — the youngest of whom was born in 2008. Amar, therefore, would continue to be paid monthly until the youngest recipient turned 30 years old about two decades from now.

Plummer's assets include a house in Baton Rouge and a house in New Orleans, where her 68-year-old daughter, Jacquelyn Antoine, has lived for the past 13 years.

But Antoine alleges that her mother was "not of sound mind and was unduly influenced" by Amar when she wrote the will. While Amar is asking the courts to allow her to move forward with overseeing the estate, Antoine is asking them to prevent that from happening.

A "for sale" sign has already been placed in front of Plummer's two-story Baton Rouge home off Flannery Road, and Antoine fears the same happening to Plummer's home were she lives in New Orleans.

"Jacquelyn Antoine has been informed of plans, by the defendants, to have the home in which she resides seized and sold," reads a petition drafted on her behalf by attorney Tiffany Myles Crosby. "Such plans would force her to have to move out at her advanced age, despite her having paid taxes on the property for several years, and would result in her having no place to go."

The Advocate's efforts Thursday to reach Plummer's family members were unsuccessful. Their attorney did not return multiple messages.

Attorney Dorothy Jackson, who sits on the board for the Council on Aging, notarized Plummer's will, which both Plummer and Amar signed. She is representing "the estate of Helen Plummer," and therefore Amar, in court.

"The only statement that I can make right now is that I adhered to all the rules of legal ethics to attorneys in Louisiana," said Jackson, who specializes in elder law and successions and is a professor at the Southern University Law Center. "And I really cannot comment on an ongoing legal proceeding."

Amar did not return messages Thursday. But in a Facebook post, she wrote that her life's purpose has been to take care of seniors and those who cannot take care of themselves.

"In all my days I've never taken or swindled anything from anyone but I have spent plenty of my own money on others and have protected others," she wrote.

State Rep. C. Denise Marcelle, D-Baton Rouge, also came to Amar's defense. Marcelle said she knew Plummer from visiting the Florida Boulevard Senior Center and that she appeared to be sound of mind and that Amar is often trusted by the seniors because of the time she spends with them.

"I know her and I know her character," Marcelle said about Amar. "I don't think we should be jumping to conclusions about what should or should not happen to Ms. Amar based on a probate hearing."

Marcelle is a certified public notary, and said it's not unusual for people to pay the trustees of their estates. And as a Council on Aging board member, Marcelle chided the Metro Council members for asking Amar to step down.

The Council on Aging's bylaws place their board members in charge of hiring and firing the chief executive officer, or the executive director in Amar's case. Their board chairman, Brandon Dumas, also expressed his support for Amar on her Facebook status and told her to trust the process.

Amar and Plummer's family will appear in court Monday in Judge Don Johnson's courtroom in the 19th Judicial District Courthouse.

A 'human' not 'race' issue, family at center of BR Council on Aging controversy says

Letters: No confidence in COA managers

As any community would, Baton Rouge has the moral and ethical obligation to take care of its seniors. It should be our greatest honor to prote…

Our Views: Honk if you have doubts Council on Aging can be trusted with our tax dollars

If we could condense our reaction to recent revelations about Baton Rouge’s Council on Aging to a bumper sticker, it might read: “Don’t blame …

Family calls for 'overhaul, not oversight' after Baton Rouge Council on Aging controversy

Helen Plummer's family called Tuesday for "an overhaul, not oversight" of the East Baton Rouge Council on Aging after they have spent the past…